More
Home Asia Japan Hiroshima Day: A Yearly Ritual to Remind Us to Never Forget the... 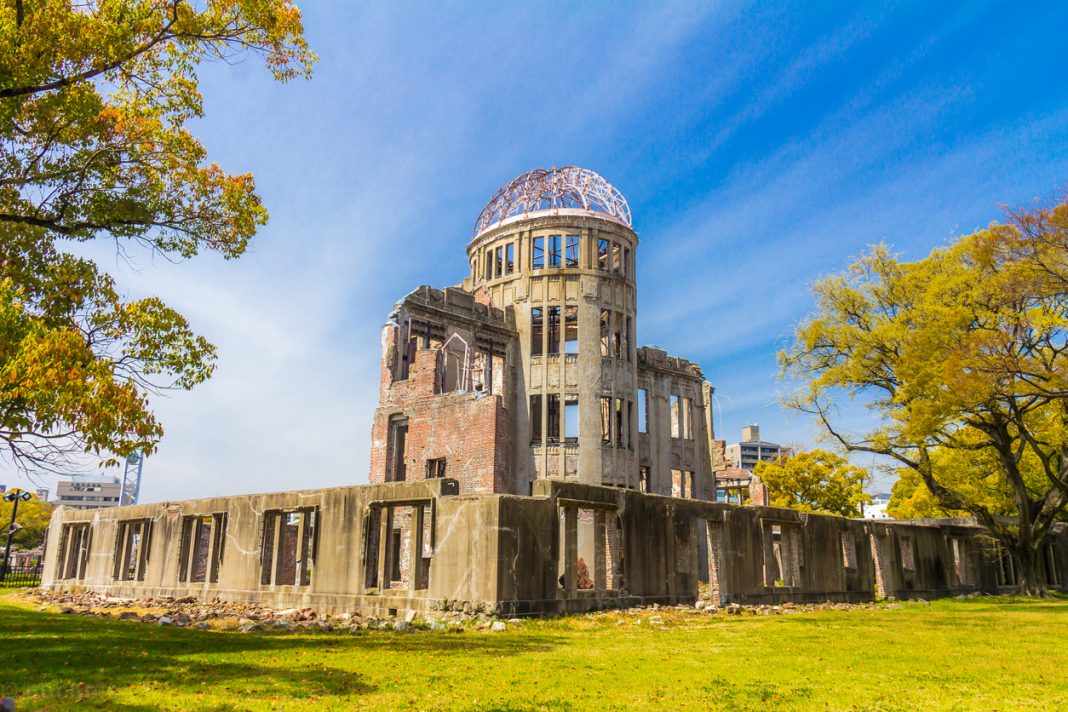 On the fateful day of August 6, 1945 an American B-29 bomber dropped the world’s first deployed atomic bomb over the Japanese city of Hiroshima. The event will remain a permanent scar on the history of human civilisation. The explosion due to the bomb annihilated almost 90% of the city and killed 80,000 people. A mere three days later, a second B-29 dropped another A-bomb on Nagasaki, killing an estimated 40,000 people.

What is so tragic is that for years to come, the radiation left behind continued to take the lives of tens of thousands of innocent individuals. These bombings effectively ended WWII with Japan surrendering after the attack.  To commemorate the lives of the fallen, August 6 is declared Hiroshima Day.

Hiroshima has managed to recover from the past but it has not forgotten the brutality it survived. The city has preserved the memory of the world’s first nuclear attack through memorials, eye witness testimony, and annual anniversary ceremonies. The Hiroshima Peace Memorial Ceremony was first held in 147, just two years after the bomb. It has become a yearly tradition ever since.

Every year, thousands gather at 8.15am (the tragic moment the bomb was dropped) for the striking of the peace bell. A solemn occasion, the people of Hiroshima come together to honour the death of the city’s past inhabitants. Part of the Hiroshima Peace Memorial Ceremony is a unique Peace Message Lantern Floating Ceremony. Every evening on August 6, people are encouraged to write messages of peace on lanterns. These lanterns are then set afloat down the Motoyasu River, where they directly pass in front of the Atomic Bomb Dome.

Other events that are part of this memorial ceremony are speeches with entreaties for peace from the Prime Minister of Japan, the Mayor of Hiroshima and other noteworthy figures. It is a solemn occasion of remembrance; a way to spread the message of the horrors of nuclear weapons. Almost 50,000 local citizens and visitors, as well as ambassadors and dignitaries from around 70 countries, gather for the ceremony to console the spirits of those mindlessly killed.

How Hiroshima Remembers the Fallen

While the citizens come together to honour the fallen on Hiroshima Day, there are other reminders throughout the city that stand tall echoing the tragedies of the past. Monuments pay tribute to the lives lost. There are statues for the 20,000 Korean nationals killed. There is also a Children’s Peace Monument that honours Sadako Sasaki, a young survivor who later died of leukaemia. All of Hiroshima’s structures seem to convey a single message: the errors of history should not be repeated.

Hiroshima was a manufacturing centre of some 350,000 people located about 500 miles from Tokyo at the time of the bombing. Today, the city has managed to rebuild itself from the ravages of war. It welcomes thousands of tourists on a yearly basis. People from all over the world come to the city to visit the monuments that trace the history of Hiroshima and the bomb explosion.

A few years ago the city even launched a ‘Peace Tourism Campaign’ to attract attention to sites related to the nuclear devastation. While tourists generally visited a few major sites related to the bombing, there were several destinations that went unnoticed. To encourage tourists to consider these places as well, the city launched this specific campaign. If you find yourself in Hiroshima, here are a few sites you must visit to understand the horrors that befell the city during WWII. 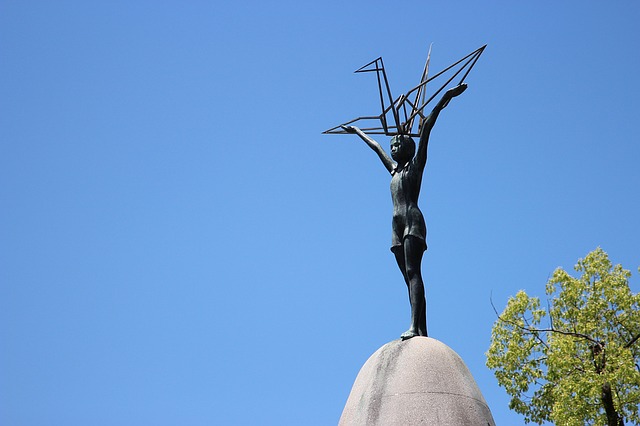 This building was the Hiroshima Prefectural Industrial Promotion Hall that was destroyed when the atomic bomb exploded 160 metres away from it. Today, the ruins of the structure stand as a reminder of this bleak time in history.

This park is dedicated to the victims of the atomic bomb. It exists to advocate for world peace and has been doing so since 1954.

This monument is surrounded by paper cranes, a dedication to the innocent children that lost their lives in the atomic bomb explosion.

This memorial pays homage to the victims of the atomic bomb. It features several memoirs, belongings and a hall for silent reflection.

Hiroshima Day is a yearly reminder that nuclear weapons cause the kind of destruction that lasts for generations and echoes through time.