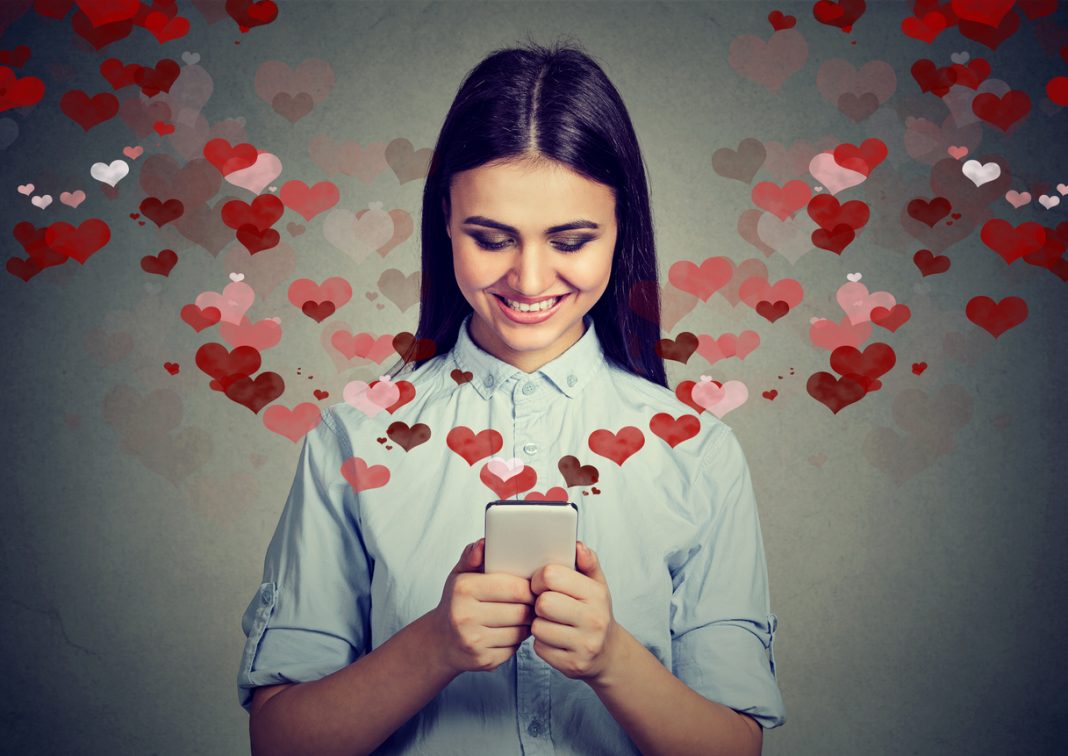 Being single in a world that is constantly reinforcing the myriad benefits of having a companion can be exhausting. The age of online dating seemed to come as welcome relief for lonely hearts across the world looking for some comfort in another person. In the late nineties to the early ‘00s, in the absence of dating applications, online dating was an elaborate process in the search for a companion. The advent of dating apps in the early 2010s changed people’s motives when it came to dating. The rise of ‘hookup culture’ quickly turned dating apps into a medium for casual sex and fleeting encounters with people you didn’t spend too much time getting to know.

This is not to say that meaningful relationships were impossible to find on dating apps. They were just more suited to people looking for temporary distractions from their busy lives. Tinder, Bumble, Hinge, and a host of other dating apps try very hard to sell the idea of ‘love’ and ‘companionship’, but a common belief is that a majority of these apps are ideal spaces to forge casual relationships.

Also Read: Virtual Date Ideas To Help You Get Closer In The Time Of Quarantine

The coronavirus pandemic may have turned these ideas of online dating upside down. Now that the possibility of sex and physical intimacy has diminished because of social distancing, people on dating apps have to solely rely on conversations and virtual dates. There seems to be no better time to ‘get to know each other’ than such long periods of social isolation.

One might argue that such a stressful time may not be the most conducive to romance. People are losing their jobs, grieving their loved ones, and battling a constant sense of anxiety and uncertainty. Despite this, or perhaps because of it (this is a time when human connection is sought after more than ever) dating apps continue to see several new users.

More Meaningful Interaction, And The Space To Get To Know Each Other

Helen Fisher, a biological anthropologist, highlights all the ways in which interactions on dating apps have changed during the pandemic. In her piece for the New York Times, she writes,  “During this pandemic, singles are likely to share far more meaningful thoughts of fear and hope — and get to know vital things about a potential partner fast. You aren’t dressing in the morning, commuting to work or meeting pals after office hours. Many of you have more time to talk. Moreover, you have something important to talk about. Chit chat and small talk have become far less relevant.” 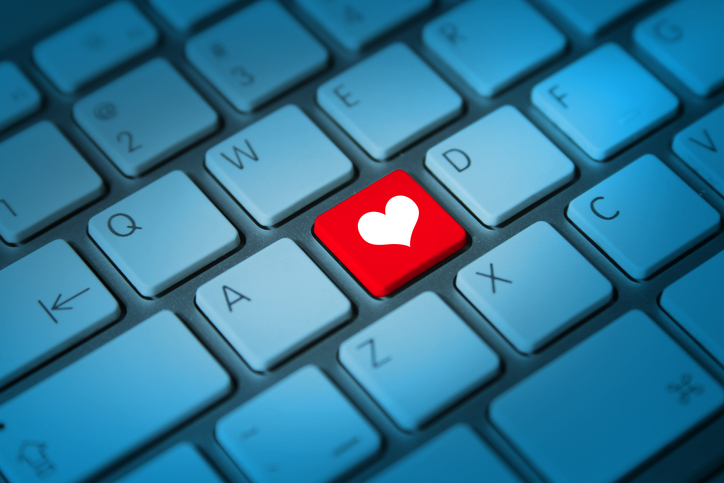 Smriti, a 24-year old from Bangalore found her boyfriend on a dating app during the lockdown. Small talk turned to meaningful conversations that eventually made both of them realise that they wanted to be together. “I actually met my current boyfriend on a dating app (Bumble). I just happened to install it out of boredom a week or so into the beginning of lockdown, and the first guy I matched with was him. I don’t know if you would call it fate or just a coincidence but we immediately vibed with each other,” says Smriti. Having things in common was a huge factor in helping them forge a meaningful bond with each other.

She adds: “We had so much in common, like the books we read or the TV shows we enjoyed. It soon went from just texting on the app to Instagram and Whatsapp. We were exchanging pictures, memes, and then it developed into Netflix parties and video calls. It didn’t take long for these long online “dates” to become something more meaningful because we were practically spending entire nights on a call with one another.”

So does this mean not being able to meet each other early in the relationship is a healthy approach? Nidhi, who frequently uses dating apps, doesn’t believe this to be true. She says, “I think not being able to meet in person has both positive and negative effects. The positive being that people are actually trying to get to know one another, rather than just using the app for hookups; but on the downside, it is easy to lose interest in talking to someone you really like as well if they/you are not very good at communicating over the phone.” However, she also thinks that social media plays a big role in sustaining a relationship when you can’t see someone frequently. “Given the current scenario, in the absence of chances to meet people and get to know them face to face, it has been good to get to know their online persona at the very least.”

While a lot of people are rediscovering the joy of meaningful conversations, there’s also a significant number of people who miss the casual nature of dating apps that didn’t demand commitment. During this time of extended isolation, they might find themselves missing out on these casual encounters and would possibly want to resume them once things normalise.

In the time of a global pandemic, everyone is looking for some form of escape. Loneliness is a natural emotion that is bound to arise during periods of lockdowns, travel restrictions and social-isolation. This is precisely why being on a dating app is no longer a simple distraction but an attempt to find meaning through shared experiences. We’re flooded with images of people in quarantine with their loved ones on social media. Such a barrage of content can directly affect someone’s mental health, making them seek connections with other people that are beyond physical intimacy.

Rashmi, 23, has seen a shift in the kind of people on dating apps since the pandemic began. “I’ve noticed that the crowd on dating apps has changed. I see a lot more people than before, and I think loneliness is a major contributing factor. Personally, friends of mine who had never been on dating apps are now choosing to experiment with them,” she says. 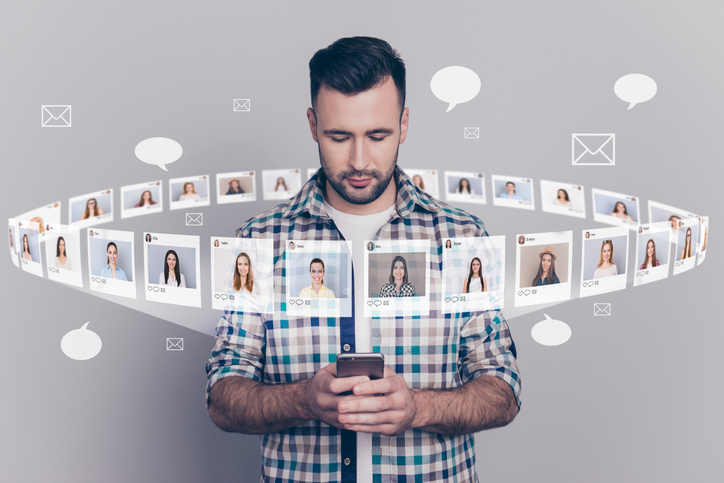 Justin Garcia, an evolutionary biologist and sex researcher at The Kinsey Institute believes that online dating has been revolutionary for human courtship, especially during this time of a global crisis. He says, “From online dating to texting, video chatting, sexting, etc., we have already been in the midst of a digital revolution for human courtship. So it’s not a huge surprise that singles would continue dating this way in the midst of a pandemic.”

He also goes on to add a psychological perspective on what drives our need in the midst of a pandemic to seek love and companionship. He notes that terror management theory—which looks at how people evaluate their environments and social interactions differently when faced with the inevitability of death—can partially explain why singles are so enthusiastic about exploring dating applications during this period.

A Significant Shift In How People Approach Dating Apps

The function of dating apps has changed post coronavirus. People seem to feel more secure knowing that their conversations are fulfilling, and they have the potential to form meaningful relationships that go beyond casual sex. Virtual dates, phone conversations and texting have allowed individuals to understand each other on a deeper level. This has become the ideal time for people seeking long-term commitment to find someone who shares similar views and is willing to let their relationship take its natural course, despite obstacles.

Also Read: 5 Feel-Good TV Shows To Tide You Over Social-Isolation