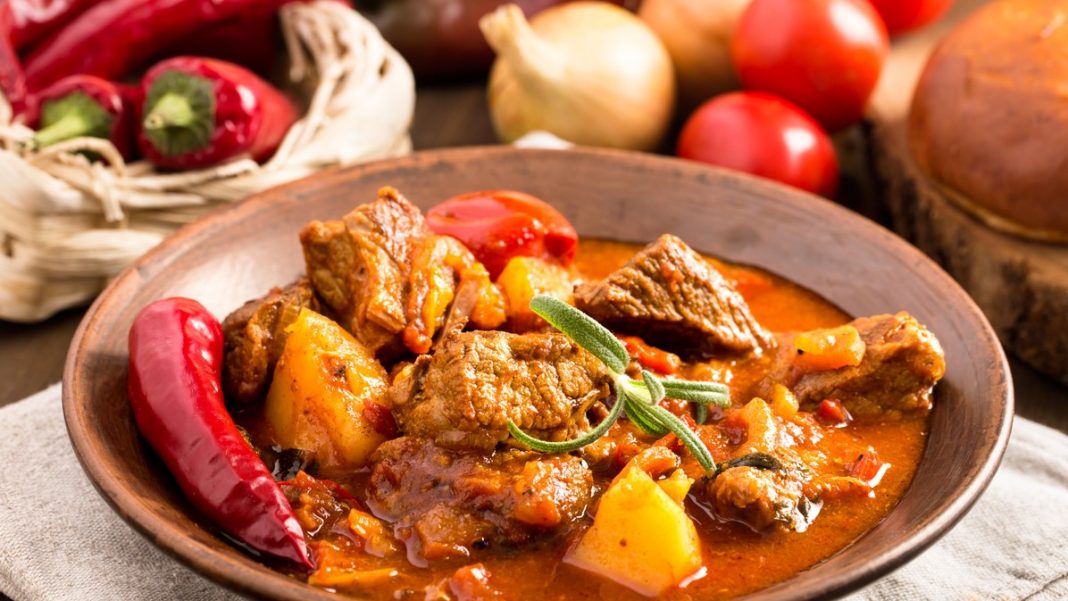 Most people haven’t heard of many Hungarian dishes beyond the famous goulash, but the country is full of delicious foods that are worth trying. There are countless mouthwatering options to choose from, from hearty soups to delicious desserts.

Most dishes tend to be spicy and rich yet comforting. Paprika is a dominant flavour in Hungarian dishes, and is found in many recipes. Whether you’re looking for something new to taste, or planning a trio to the country, here are some delicious Hungarian dishes that are definitely worth trying.

What it is: Better known as “goulash,” this soup is made with beef, potatoes, and spices

One of Hungary’s national dishes, goulash was originally made by herdsmen (gulyás) over traditional open fires. Though today most regions have their own variety, it typically consists of chunks of beef, potatoes, and vegetables, seasoned with plenty of paprika.

What it is: A large sheet of fried dough

This large plate-sized sheet of fried dough is usually topped with garlic, sour cream, and grated cheese. It is one of Hungary’s most popular street foods and can be found at stalls across the country.

What it is: Purée of chestnuts, sugar, and rum

This sweet creamy dessert is made with sweet chestnuts and is usually served with whipped cream. Sweet chestnuts are found throughout Hungary, and are a seasonal winter fruit. It is often used in Christmas cakes and sweets.

What it is: Crépes, often filled with ground meat and onions and topped with a sour cream and paprika sauce

Most countries have some version of pancakes. The Hungarian version resembles crépes and often contains rich fillings. A popular version is known as hortobágyi and is filled with ground meat, fried onion, and spices. It is then topped with a paprika sauce. Another version is gundel, which is filled with chopped walnuts, raisins, and rum and topped with dark chocolate sauce.

What it is: A layered cake, topped with caramel and nuts

Named after the Hungarian confectioner József Dobos, dobostorta is extremely popular across the country. This sponge cake is layered with chocolate buttercream and topped with crystallized caramel. The edges of the cake are then covered with nuts.

What it is: A meat stew with tomato, paprika, and onions

Pörkölt literally means “roasted,” and is made with beef, pork, lamb, chicken, pork or liver. The meat is cooked with onion, paprika and other spices, and is often served with a side of Hungarian noodles called nokedli. Traditionally, pörkölt is cooked outside, over fire in a bogrács, which is a heavy metal pot.

What it is: A strudel-like roll of stuffed pastry

This tasty desert is a layered pastry stuffed with sweet fillings such as apple, cherry, or poppyseed and topped with powdered sugar. It is very similar to the strudel. Rétes is also eaten as a snack, accompanied by a cup of Hungarian coffee.

What it is: Also known as fisherman’s soup, it is made with thick cuts of river fish and paprika

A traditional Hungarian soup, halászlé is often made outside over a fire, through a several-hour process. This includes the preparation of the river fish (carp, catfish, perch or pike, usually caught from the  Tisza and Danube rivers).  It is then cooked in a paprika-spiced broth along with vegetables. There are many varieties of halászlé, though the most popular are szeged (made with four types of fish) and a la Baja (made with thick pasta and carp).

What it is: A traditional four layered pastry

Flódni is a rich and heavy pastry that is a specialty of Hungarian-Jewish cuisine. It traditionally has four layers – walnut, apple, poppyseed, and plum jam. These layers are separated by pastry dough. Today you can also find this delicious treat in pastry shops across the country.