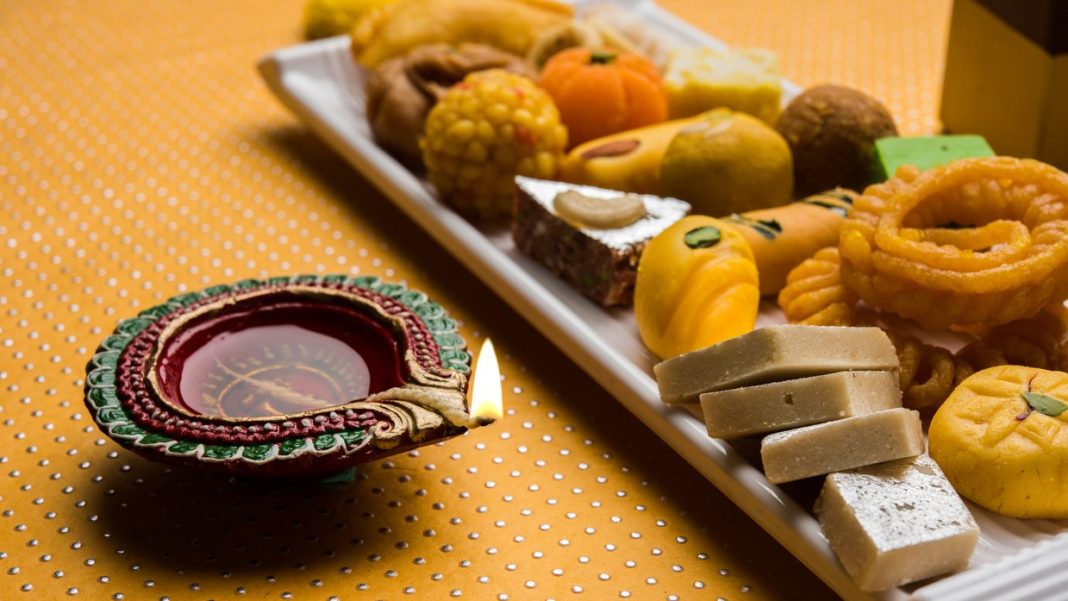 Sweets and desserts are an integral part of Indian cuisine. There’s a wide variety of Indian desserts to choose from, made from all kinds of ingredients, like condensed milk, nuts, fruits, flour, and more.

Many of these desserts originated in ancient India, though a lot were introduced to the country by the Mughals who came from Persia, and later European colonialists. Here are some delicious Indian desserts you have to try:

This popular Indian sweet is made with khoya that is shaped into balls and deep fried. The gulab jamuns are then dipped in sugar syrup, garnished with nuts, and served warm. They may also be flavoured with saffron and rose water.

Another well-known deep-fried sweet dish is the jalebi. It is made by deep-frying batter in coil-like shapes, and then soaking it in a sugary syrup. Jalebis are said to date all the way back to the 15th century and are meant to be crispy on the outside and deliciously chewy on the inside.

Hailing from the state of Maharashtra, this teardrop-shaped dumpling is made of rice flour and khoya. It is filled with coconut and jaggery and is either steamed or fried. Modaks are eaten when hot with lots of ghee. They are especially popular during the Ganesh festival each August.

Made mostly by the Syrian Christian community, neyyappams are made from a batter of rice flour, jaggery, fried coconut, cardamom, ghee, and milk, which is then deep fried. Another version of this is the unniappam, which is much smaller and can also have banana and jackfruit.

Gajjar Ka Halwa, or carrot halwa, is a dessert made from grated carrots, milk, sugar, ghee and cardamom. It is often garnished with dried fruits. The dish first became popular during the Mughal period.

Laddus are a popular festive treat in India. There are many different versions that can be made with a variety of ingredients, such as coconut and beasn (gram flour). However, a favourite is motichoor laddus, which are made from little balls of flour that are cooked in ghee.

There are many milk-based Indian desserts, but kheer (or payasam, as it is known in the south) is a favourite. It is typically made by boiling milk, sugar and rice, and then or garnished with a variety of ingredients like saffron, cardamom, dry fruits and nuts. Aversion substitutes rice with vermicelli.

There has been a long-running debate over which of two Indian states, West Bengal or Odisha, invented the rasgulla. This delicious dessert is made from chenna (cheese curd) that is kneaded into a ball and cooked in sweet sugar syrup.

Most popular in the state of Goa, bebinca is an Indo-Portuguese pudding with seven layers made from flour, sugar, ghee, egg yolks, and coconut milk. Popularly eating during Christmas, with a scoop of ice cream, this dessert is also known as the ‘Queen of Goan Desserts’.

This disc-shaped sweet is made of flour, ghee, and milk, and soaked in sugar syrup. It has a honeycomb texture and is garnished with almonds, pistachios, and saffron. Ghevar comes from the state of Rajasthan, and there are variations, such as the Malai Ghevar or the Mava Ghevar.

Another Bengali dish that is made from chhena, sandesh is said to have been inspired by European cheese-bashed dishes. The chhena is mixed with ground sugar and molasses before being moulded into a variety of shapes.

Malpua is a popular dessert that can be found across northern India. It is made from a batter of flour and semolina; it is then fried and dipped in sugar syrup and topped with rabri (sweet condensed milk). Another version, popular in Bihar, also has mashed bananas

Also known as Holige and Obbattu, puran poli is a sweet flatbread. It is stuffed with mixture jaggery, cardamom powder, and ghee before being cooked until flaky and soft. Another popular version is filled with toor dal (split lentils). They are usually eaten with more ghee, or warm milk.

Made with frozen condensed milk, kulfis are often called the Indian version of ice-cream. It came to India with the Mughals, and can be flavoured with saffron, pistachios, cardamom, and rose. You can also try a variation served with faluda (glass noodles).

This uniquely flaky sweet is made with gram flour, sugar, ghee, milk, and cardamom. It has an elaborate preparation process and is usually sold in tightly formed cubes. Soan papdi is quite similar to the Turkish pismaniye.

Popular in South India, the Mysore Pak is said to have originated in the Mysore Palace during the 19th-century. It is made with gram flour, sugar and ghee. The texture varies with the amount of ghee added and can be hard and porous (less ghee), to soft, dense, and fudge-like (more ghee).

There are lots of other Indian desserts you can try. If we’ve missed your favourites, do share them in the comments below.