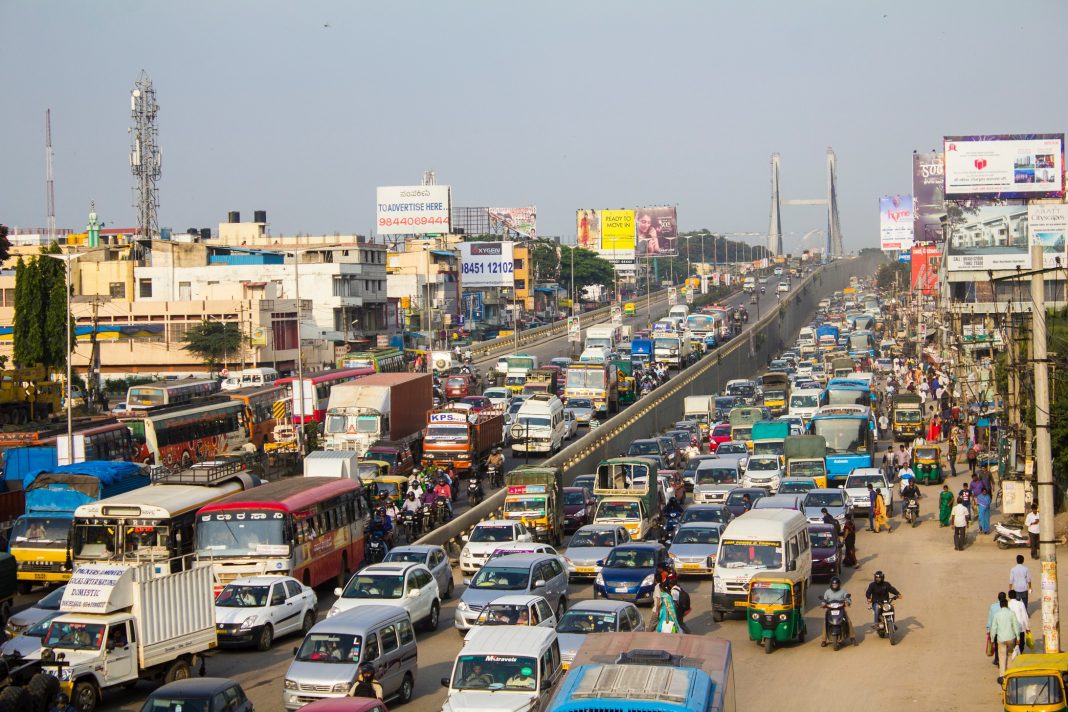 Everyone who has ever lived in Bangalore has a harrowing traffic story to tell. My personal favourite is the time a cab driver abandoned me underneath Silk Board Flyover during a thunderstorm, because, and I quote: “It was raining”.

Bangalore is one of India’s fastest-growing cities, and people from all over India flock here to get a job. But one of the things it’s become infamous for is its terrible traffic.

How Did We Get Here?

Bangalore (or Bengaluru as it is officially known) has seen an exponential growth over the last few decades; going from a quiet “Graden City,” to becoming IT Hub and “India’s Silicon Valley”. But this rapid transformation from something small to something HUGE has lead to a sharp increase in vehicles, and consequently, the traffic. From having just 5.6 million residents in 2001 to 8.6 million in 2011it’s now estimated that over 12.4 million people live here, meaning that the city has grown to twice its size in the past 20 years.

But, it’s also true that many cities with much higher population densities don’t suffer from similar issues; for example, New York City (which has 10,200 people/km²) has traffic congestion on a much smaller scale than Bangalore (where there are 6,000 people/km²). Bangalore’s problem starts with the roads themselves, which are (for the most part) a product of rapid-unplanned growth.

Dropped my friend at Banglore Airport as he was leaving for Dubai
He reached Dubai an hour ago and I'm still stuck in traffic at Silk board ?

Roads are also often blocked by parked cars or building works, and even footpaths are encroached upon by hawkers and vendors. Added to this is the fact that the roads themselves are often in a pretty bad condition, and that there is poor traffic management, and you have a recipe for disaster.

Oh, But It Gets Worse

With about 6,500 buses operating in the city and only Phase I of Metro being open, there is a significant lack of an efficient public transport system. So, it’s of no surprise that private vehicles are the top choice; but they tend to take up a lot of space per person on already narrow streets.

There were around 600,000 vehicles in Bangalore in 1990; today there are well over 7.3 million, not including the thousands more that come from outside the city every day. It’s no wonder that the already clogged streets are often reduced to utter chaos.

If You’re Frustrated By The Bangalore Traffic, (Don’t) Tweet About It

So what can we possibly do about this? What Bangalore needs is an overhauling of the system itself, so that separate lanes are created for buses, and heavy vehicles like trucks are restricted to certain hours. But there are lots of things we ourselves can do. Use public transportation whenever possible; follow traffic rules (and don’t think you can beat the traffic by squeezing through signals and small spaces!); and always try to carpool.

As another Quora user states, “When you are driving a car and get ‘stuck’ in Bangalore traffic, you are not stuck – you ARE traffic.”

But let’s be real; much like tweeting about it, sitting in an office and writing an article about how terrible Bangalore traffic isn’t really going to do much to change it. So go out there and try to make a difference.

Do you have any stories about the terrible Bangalore traffic? Or suggestions on how to improve the situation? If so, tell us all about them in the comments below.