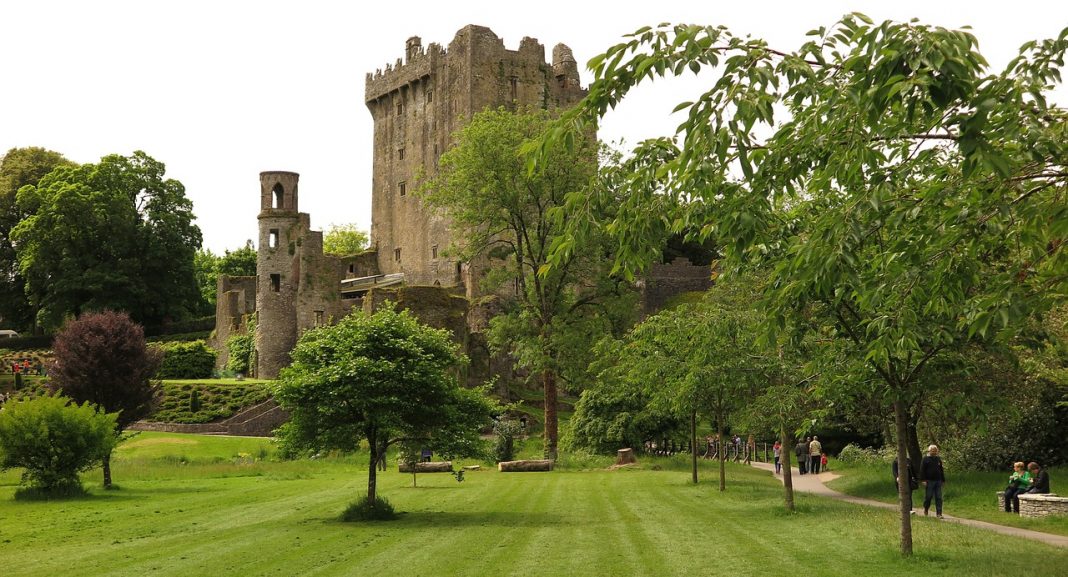 Castles in Northern Ireland are a picture perfect sight to behold. No matter where you are in the country a majestic, medieval castle won’t be too far away. Perched atop cliff edges or amidst lush greenery, these stunning castles are architectural marvels.

Also Read: 18 of the Most Stunning Castles in Wales

The country’s rich history has these gorgeous castles to show for. Dotted along the sprawling landscape of Northern Ireland, these structures are a window into the past. Many of these castles are open to the public and are an absolute scenic delight. Check out of the most impressive castles in Northern Ireland you have to visit!

Overlooking the breathtaking sea and the city, Belfast Castle in Northern Ireland is straight out of a fairy tale. Its ornate towers and gardens are an ode to the Scottish Baronial style of architecture. Built in 1870, it was always meant to be a gorgeous mansion rather than a defensive fort.

The original Belfast Castle was at the centre of Belfast and was home to the Chichester family. However, after burning down in 1708, the Chichester duly relocated to the suburbs of Belfast. The castle was rebuilt in the Victorian style in the early 1800s.

Today it has an antique shop, restaurants and a visitor centre. Tourists can spend hours marvelling at its beauty.

On the edge of Belfast Lough stands Carrickfergus Castle, one of the best-preserved Norman structures still standing. It was built in 1177 by John De Courcy, a Norman knight. It is the only castle in Ireland that has been used continuously since its existence.

Definitely, the most visually striking, Carrickfergus Castle has changed hands multiple times, from the Normans to the Scots and then the English. It has remained a symbol of the changing times. Historically, it was the final place a witchcraft trial was held in 1711.

Today, you can visit this iconic structure on guided tours and view the historical displays. There are frequent fun events held at the castle.

On the banks of the River Erne is Enniskillen Castle, the site of many rebellions. It remains a reminder of the ruling Gaelic Maguires, the first occupants of this imposing structure. It was built almost 600 years ago. Offering stunning views of landscape around, it was once the base for American pilots during WWII.

Today, it is home to the Fermanagh County Museum with beautiful artefacts. Also at the site is the Inniskillings Museum which traces the story of the building from prehistory to its use as a Plantation castle and military barracks.

Located on a rock outcrop next to the sea, Dunluce Castle in Northern Ireland is stunning to look at. The fact that it’s in ruins adds to its enigmatic presence. The castle was built by the second Earl of Ulster in the 13th century. It has remained a strong fortress over time and is also one of the most photographed landmarks in Northern Ireland.

You can only approach the castle by a bridge. In its long, arduous history it has been the site of the wrecking of a Spanish galley on its shores during the Spanish Armada. It was also once owned by Winston Churchill.

Stunning turrets and crenellated towers reaching out to the sky, Crom Castle is a medieval wonder. Sitting amidst 2,000 acres of enchanting parkland, it is privately owned by Earl of Erne. Crom Castle is managed by the National Trust. Crom Estate contains the ruins of a previous castle and is ideal for lakeside walks. There’s also a visitor centre and a café open daily.

Harry Avery’s Castle is situated in County Tyrone. It is one of the only few castles to have been built by an Irish chieftain, Henry Aimhréidh O’Neill (anglicised to Harry Avery). Mostly in ruins, two imposing towers are what’s left of the castle that overlooks the countryside. Legend suggests that it was inspired both by Norman fortresses like Carrickfergus and Gaelic ‘bawns’ like Elagh Castle in Inishowen. This beautiful structure is over 600 years old.

Monea Castle in Northern Ireland has had a turbulent history that is closely linked to that of the English settlement in Ireland. However, it stands mostly intact in County Fermanagh today. The current structure of the castle was built in 1616 by a vicar, the Reverend Malcolm Hamilton. He was later promoted to Archbishop of Cashel in 1623. Two semi-cylindrical towers flank the short west end of the castle. Surrounded by greenery, it’s an interesting place to visit to soak in some Irish history.

In the Glens of Antrim is Glenarm Castle, a picturesque beauty you cannot miss. It is a working farm estate today and has a stunning walled garden. The castle has been occupied for 400 years as the family seat of the McDonnells, Earls of Antrim. It opens occasionally to the public and has a charming tea room. The castle hosts various events, exhibitions and workshops.

There are many other castles in Northern Ireland; so if we’ve missed any of your favourites, do share them in the comments below.