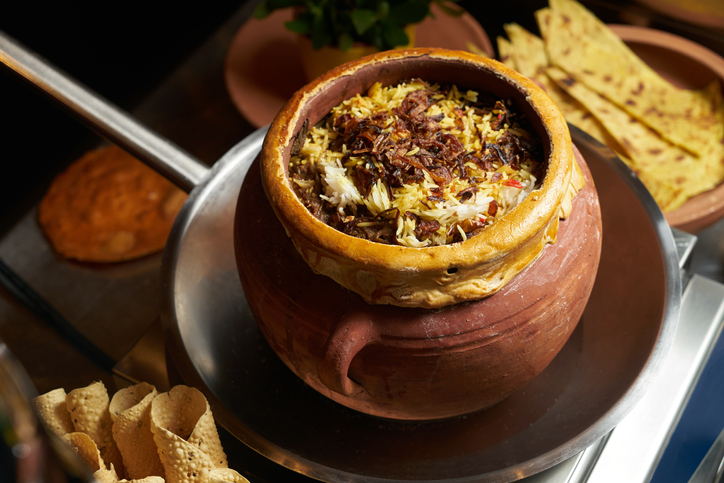 The capital state of Andhra Pradesh will always be known for its rich traditional heritage that reflects in its memorials and cuisines. It was the beginning of the 14th century when Bahmani Sultanate followed by the Qutb Shahi dynasty in India was holding its grip around Hyderabad. The, then known Deccan cuisines are today referred to as Hyderabadi cuisines.

At that time Deccani cuisines were an amalgamation of the recipes of the foreign dynasty along with the recipes of Hydrabadi native Muslims. Later the Nizams of Hyderabad took over the legacy of the state and the cuisines improved further to their taste and savour.

Gradually the dishes became a unification of recipes of Andhra Pradesh, Tamilnadu, Turkey, Arab and Mughal menus that got the shape of present day’s Hyderabadi cuisines. A variety of options in both vegetarian and non-vegetarian Hyderabadi food sizzled with spices and herbs are an allure to the wanderers and food lovers from far and near.

While there are several mouth-watering Hyderabadi delicacies to sample, here are the top 5 must-have food items from Hyderabadi cuisine.

The most common name in and out of Hyderabad is the Hyderabadi Biryani. Fine boiled rice with a blend of spices having both veg and non-veg toppings make the fundamentals of a biryani plate. Then there are Dum Biryani, Hyderabadi Biryani, Handi Biryani, and Biryani; all have the same basic ingredients with different names depending upon their cooking procedures.

In Hyderabad, a nomad can avail a wide variety of non-veg biryani starting from chicken, beef, mutton, and prawn. Qabooli biryani is the main charm in veg biryani where chana dal is used in the making. Apart from Qabooli biryani, veg Biryani is only limited to Paneer and mixed veg assortments.

Where to eat the best biryani in Hyderabad

The Dum Pukht Biryani or simply Dum Pukht is another form of Hyderabadi biryani where the rice along with the spices and chicken or mutton pieces are cooked on a sluggish flame in a heavy-bottomed, round pot (usually a handi) that is closed to allow the ingredients to cook slowly in their own juices.

Dum refers to ‘breath’ and ‘pukht’ refers to ‘to cook’. As the name suggests, slow cooking is the main essence of this recipe, therefore making dum pukht more about the process of cooking. The spices play a crucial role in the making as overcooking or fast cooking may burn the spices delivering an improper taste to the biryani. Cooking in this manner ensures that all the ingredients maintain their natural flavours and aromas.

Where to eat the best dum pukht in Hyderabad 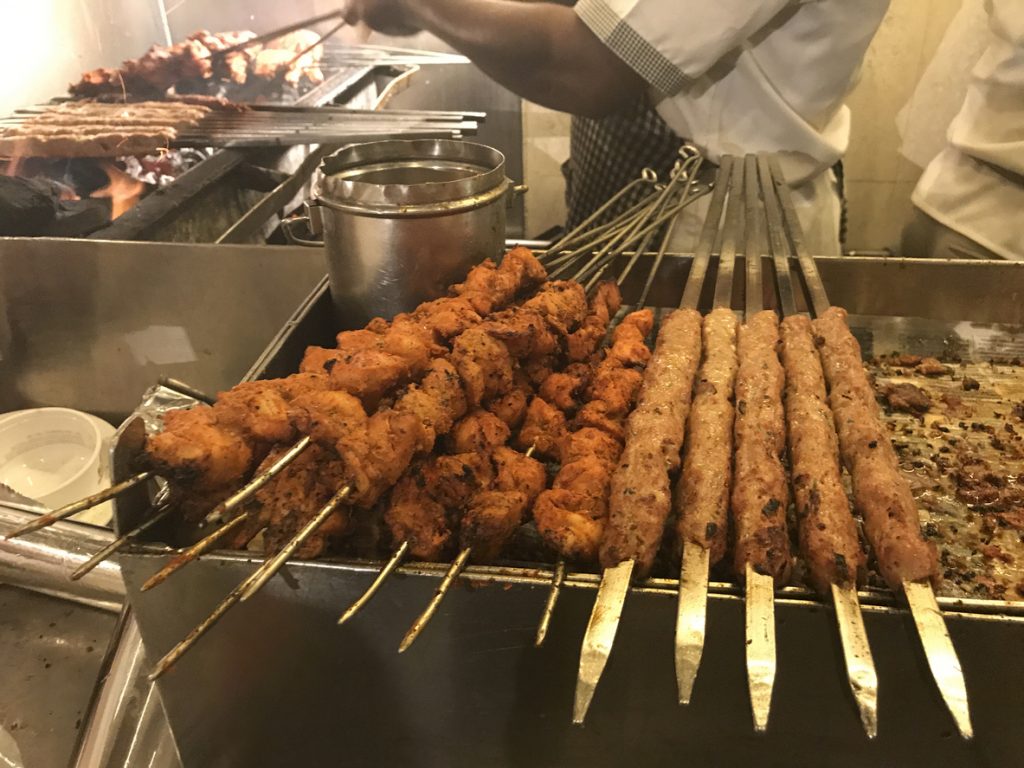 Reshmi, Sikh, Galouti, Murg Malai, Boti are all different names and forms of kebabs available in Hyderabad. The meat segments are arranged in a long iron-pointed stick while marinating it in yoghurt, fresh herbs, and spices. The metal sticks are then interleaved in earthen ovens to give it the right colour and taste. After proper cooking, the pieces are served with mint chutney and tomato sauces.

Where to eat the best kebabs in Hyderabad 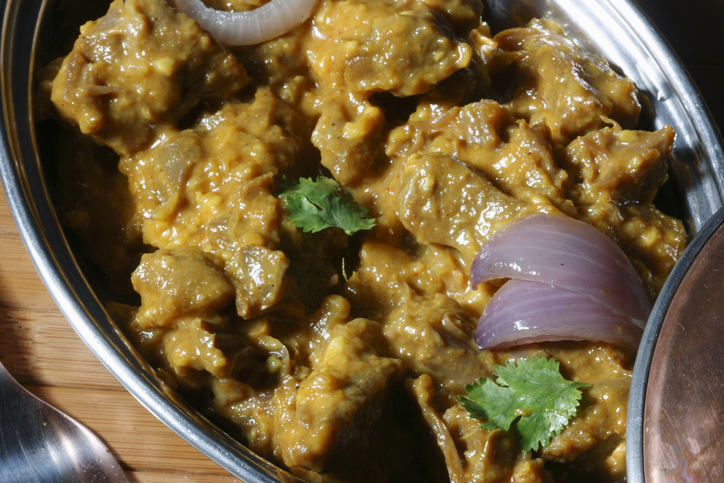 This gravy, soupy solitude of Hyderabad has its own charisma and taste to a wanderer. The velvety broth of zings, potatoes, beans, and meat serves the perfect side dish with Indian bread like Nan and Kulcha. The dish is mainly prepared from mutton flesh by mixing it with yoghurt and ginger-garlic paste with a soft touch of ghee. You can consume this creamy soup with rice as well.

Where to eat the best gosht pasinde in Hyderabad

Side dishes and Desserts

Mirchi ka Salan, Keema Samosa, Lukhmi, and Burani Raita are some other authentic Hyderabadi dishes that a nomad won’t find elsewhere in India.

Mirchi ka Salan is a tangy side dish served with biryani and comes with green chillies embedded in coconut chutney. The piquant taste of the salan, when taken with biryani, makes one drool for it.

Keema samosa and Lukhmi are almost identical varieties of samosa. The only difference is that Lukhmis are flat samosas with a filling of minced meats and keema samosas are the ordinary samosas with keema stuffing inside. Both serve as a starter in the plates of a food lover.

To end with the main dishes, desserts come in action. Shahi tukda and Qubani ka Meetha are the two drool-worthy desserts of Hyderabad a nomad can deal with. Shahi tukda comprises of pieces of bread, toasted and dipped in condensed milk with toppings of cardamom and almonds. Qubani ka meetha (qubani means apricot and meetha means sweet dish) is mainly prepared from dry apricots. These Hydrabadi desserts bring along the real Nizami essence and savour to a traveller.

Where to eat the best desserts and side dishes in Hyderabad

A traveller can get these cuisines in all of the above-mentioned eateries.

Though the monarchy of the Nizam Princes ended after independence, their heirloom of Hyderabadi cuisine still dwells in the heart of food lovers across the world. The place will always continue to be a food delight for the food-loving nomads.

11 things to do in Hyderabad that are out of the ordinary
25 wonderful places to see in Hyderabad
Hyderabad in 4 days!
25 amazing weekend road trips to take from Hyderabad