More
Home Asia India Udaipur Is Not The Picture-Perfect Destination Social Media Has Made You Believe... 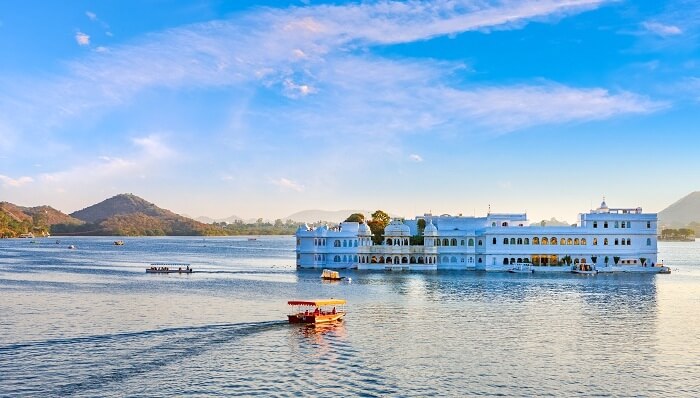 My first tryst with Rajasthan was nearly six years ago, when I was 17. I spent 3 enjoyable days in the charming city of Jaipur. There was a very pleasing, old-warm charm to the entire place, with some of the most awe-inspiring architectural marvels. That short trip stayed with me over the years because of how much I enjoyed it.

Six years later, I found myself back in Rajasthan, this time in the city of Udaipur. I was in Udaipur for about three days for a wedding. With a heavy heart, I have to declare that Udaipur did not live up to any of my expectations. ‘The City of Lakes’ left me disappointed for so many reasons.

Does Udaipur live up to its hype?

Udaipur is small, over-crowded and incredibly dirty. The streets are filled with garbage, sewers run open and there are unbearable stenches on most roads. Fair warning, the roads I’m describing are part of the old city where most of the tourist attractions are, therefore, it sees the most tourist footfall. The other, more modern side of Udaipur, is akin to any other small Indian city. Nothing impressive to write home about.

The lakes were the biggest disappointment. Pictures on the internet led me to believe that the water bodies were in pristine condition and well-maintained. Upon my arrival, all I saw were lakes filled with dirty water and floating waste. The little eateries around the lake had flies flitting around and carried the stench of the lake inside them. It all seemed incredibly unhygienic. On my second day, all I could think of was going back home. Lake Pichola and Fatehsagar Lake are the most popular in Udaipur, they’re beautiful to look at only from a distance though!

However, despite the general disposition of the city, a saving grace came in the form of the tourist attractions in Udaipur. Here’s what I got to see in the short time I was there for:

This is possibly Udaipur’s most famous attraction. The massive structure was built over a period of 400 years with contributions from several rulers of the Mewar dynasty. It’s considered to be one of the largest of its type in Rajasthan. The palace has been turned into a museum with lots to see inside it. The exhibits have been maintained very well. The palace is sprawling, it’s going to take you a while to get around. Bring some water with you, it’s quite a tiring walk.

City Palace was my favourite site in Udaipur, it was incredibly beautiful. The architecture was especially gorgeous, there’s a lot of greenery around the area. The windows of the palace overlook the city of Udaipur and from such a height, I could almost forget all that I didn’t like about the city.

This beautiful little garden is so wonderful to walk through. The marble art and fountains are especially beautiful to look at. It was built in the 18th century by Maharana Sangram Singh as a present for his queen. There’s much to admire at this place, making it ideal for a leisurely stroll.

In search of sunset point, my friends and I arrived at Sajjangarh Palace. Situated on top of a hill, Sajjangarh Palace is exquisite! A 10 minute, scenic car journey takes you up to the palace that offers some of the most breathtaking views. It was built by Maharana Sajjan Singh and is now under the control of the Forest Department of the Government of Rajasthan. We reached just in time to witness the ethereal sunset, all we could do was stare in wonder!

If you’re interested in going shopping, Udaipur has quite a few streets with lots of traditional Rajasthani things you can buy. Hathi Pole Bazaar and Bada Bazaar are two areas you could visit for some souvenir shopping. Since Udaipur is fairly small, there aren’t too many things to see. Most of the tourist attractions are in close proximity to each other. I don’t know if I would recommend Udaipur to someone, but if you’re in Rajasthan, I guess you could go see the city for a couple of days! At least the sites are not disappointing!