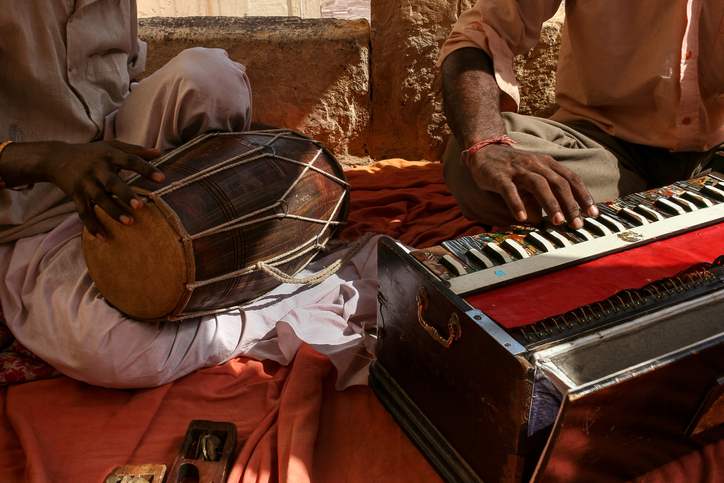 The heritage city of Mysore is considered to be the cultural hub of Karnataka. This can be attributed to the erstwhile rulers of the Mysore kingdom, the Wadiyars. The kings of the Wadiyar dynasty were great patrons of art, especially the fine arts. These multifaceted maharajas loved music, especially Carnatic music. The courts of the Mysore Wadiyars were adorned with several musicians and composers from the time of Yaduraya Wadiyar, the first king of Mysore. Musicians and composers came from all over the country to showcase their talents in these courts. Though all the Wadiyar kings patronised music and dance, it particularly flourished during the reign of Raja Wadiyar.

Also Read: Do you know about the Wodeyars, the royals of the imperial city of Mysore?

The reign of Mummudi Krishnaraja Wadiyar III marked the start of an important period in the development of Carnatic music, both vocal and instrumental, in South India. The king himself was a trained musician, musicologist and composer. He was a great devotee of the goddess Chamundeshwari, so all his compositions were written under the mudra (pen name) Chamundi or Chamundeshwari. Krishnaraja Wadiyar composed several philosophical javali (light lyrics) and devotional songs in Kannada. These songs were composed under the title Anubhava Pancharatna.

The king was an acclaimed Kannada scholar. His musical compositions are compared to the vachanas (a form of rhythmic writing) of the Veerashaiva poets. They are also compared to the devotional songs composed by the Haridasas of Karnataka. Several noted musicians and composers from different parts of the country were part of the royal court. Mysore Sadashiva Rao, Veena Venkatasubbaiah, Lingaraja Urs, Shunti Venkataramanaiah, Veena Chikka Lakshminaranappa and several other musicians were part of the court.

King Chamaraja Wadiyar became a proficient musician under the tutelage of his court musicians, Veena Sheshanna and Veena Subbanna. The king was an acclaimed violinist and often performed along with other musicians at the Krishna Temple in the palace premises. He is said to have extended his patronage to help several budding artists. One of them was Mysore Vasudevacharya. The king sponsored his training in Tiruvayyar, under the tutelage of the famous Patnam Subramanya Iyer. The king also established a drama club called Amateur Drama Club to encourage budding artists.

However, Chamaraja Wadiyar IX’s reign was a short one, as he died at the age of 32. During his reign, several acclaimed musicians and composers performed in his royal court. Some of the notable artists in his court were Veena Shamanna, Veena Padmanabaiah, Veena Sheshanna, Mysore Karigiri Rao, Veena Subbanna, Mysore Vasudevacharya and Bidaram Krishnappa.

Nalwadi Krishnaraja Wadiyar IV was a very accomplished king. He was educated in Kannada, English, Sanskrit, the sciences, and played several musical instruments as well. Additionally, he was knowledgeable in Tamil and Urdu too. He played the veena, violin, mridangam, nagaswaram, sitar and harmonium. Along with Carnatic music, he was also interested in Western classical music, and was well versed in playing the piano and saxophone. The musicians in his court were encouraged to compose in Carnatic, Hindustani as well as Western styles.

T. Chowdaiah, who was appointed court musician in 1939, was an accomplished artist in the field of Carnatic music. He became a trailblazer in the world of Carnatic music when he designed a seven-stringed violin to increase the sound of the violin. The maestro experimented and practised on his seven-stringed violin until he achieved perfection. The ambidextrous violin maestro gave concerts for about 55 years and played with several famous musicians of his time.

The last king of the Wadiyar dynasty was also an avid fan of music and patron of fine arts. King Jayachamaraja Wadiyar was initially trained in Western classical music and he played the piano. But he developed an interest in Carnatic music later in life. He was awarded an honorary doctorate and made a fellow of Sangeet Natak Academy for his contributions to the world of music.

The maharaja is said to have composed 108 kritis in Carnatic music in chaste Sanskrit. The Maharaja’s rarest Carnatic kritis are to be released in a book as well as DVD of music by Deepti Navaratna. She is a musician and the executive director of the Indira Gandhi National Centre for the Arts. According to Navaratna, the maharaja had a contemporary outlook towards music, but his approach was still rooted in tradition. His compositions were primarily invocations to the goddess Chamundeshwari. He was innovative when it came to his music too, with the ability to bring his piano vocabulary to his Carnatic compositions.

Along with being great composers, the Mysore Wadiyars were proficient in playing several musical instruments as well. The compositions were generally performed on the veena, rudra veena, the violin, ghatam, the flute, mridangam, nagaswara and swabharat. Even musical instruments that were uncommon in south India like the harmonium, jaltarang and sitar were used. With the British influence, the use of saxophone and piano were also popularised.

The musicians of the time were so proficient in their chosen instrument(s) that the name of the instrument became a part of the musician’s name—for example, Pitilu (violin) Chowdaiadh, Veena Sheshanna and Veena Subbanna. Several Carnatic music instruments, which were part of the royal family’s collection, are displayed at the museum in Mysore Palace.

The contribution of the Mysore Wadiyars to world music has been immense. During the reign of the Wadiyars, Mysore and Tanjore were the centres of Carnatic music. Mysore developed a distinct school of music where the raga (melody) and bhava (emotion) were given importance. Several court musicians from the Mysore Royal court founded music schools in a bid to further musical education in the state. The royal family also appointed some of the court musicians and composers as music teachers in the Mysore Maharani’s High School and the Maharaja’s Sanskrit School.

T. Chowdaiah, the violin maestro who was also a court musician, founded the Ayyanar College of Music in Mysore. The institute has trained hundreds of students in vocal, violin, veena and flute. Another court musician, Harikeshanllur Dr L Muthaiah Bhagavatar, started a music school called Tyagaraja Sangeeta Vidyalaya (Tyagaraja School of Music) in 1920. Veena Venkatagiriappa, a court musician during the reign of Jayachamaraja Wadiyar, was appointed by the king to oversee the functioning of various schools of fine art in the kingdom. Veena Padmanabaiah, the court musician during the reign of Chamaraja Wadiyar IX, was a music teacher in the Mysore Maharani’s High School and the Maharaja’s Sanskrit School.

Check here for the entire list of musicians who were part of the royal court from 1638 to 1999.

Also Read: History of Mysore, home of the Wadiyars

The Samskruthika Dasara is held as part of the Dasara Cultural Programme during the annual Dasara festivities. The programme has well-known artists from across the country flocking to Mysore to display their talents. The cultural programme is a royal treat for music lovers. The concerts are held in different parts of the city like Jaganmohan Palace, Kalamandira, Ganabharathi, Chikka Gadiyara, Nadabrahma Sangeetha Sabha, Town Hall and Kiru Ranga Mandira. Click here for more information on the Mysore Dasara Cultural Programme.

Local arts and culture are a great way to immerse yourself in an authentic travel experience. You can be a part of the music culture in Mysore by visiting the museums where you can trace their history and through the various cultural programmes that take place in Mysore.