Naples is a city tourists often regard as unsafe, dirty, or crime-ridden. But sometimes, especially when it comes to travelling, such things need to be taken with a pinch of salt. While Naples may be gritty and chaotic, its winding cobblestone streets, historic beauty, and laid-back attitude give it an authentic Italian flavour. Nevertheless, you should keep an eye on your possessions and avoid loitering in train stations or dark alleyways. Just as you would do in any other Italian or European city.

However, Naples seems like a world away from crowded Rome, touristy Florence, or fashionable Milan. The Amalfi Coast to the south is described as a playground for the rich and famous. But the rest of the Mezzogiorno – as the south of Italy is called – is comparatively tourist-free.

So why should someone visit Naples?

This is probably best summed up in two words: Pizza, and Art. 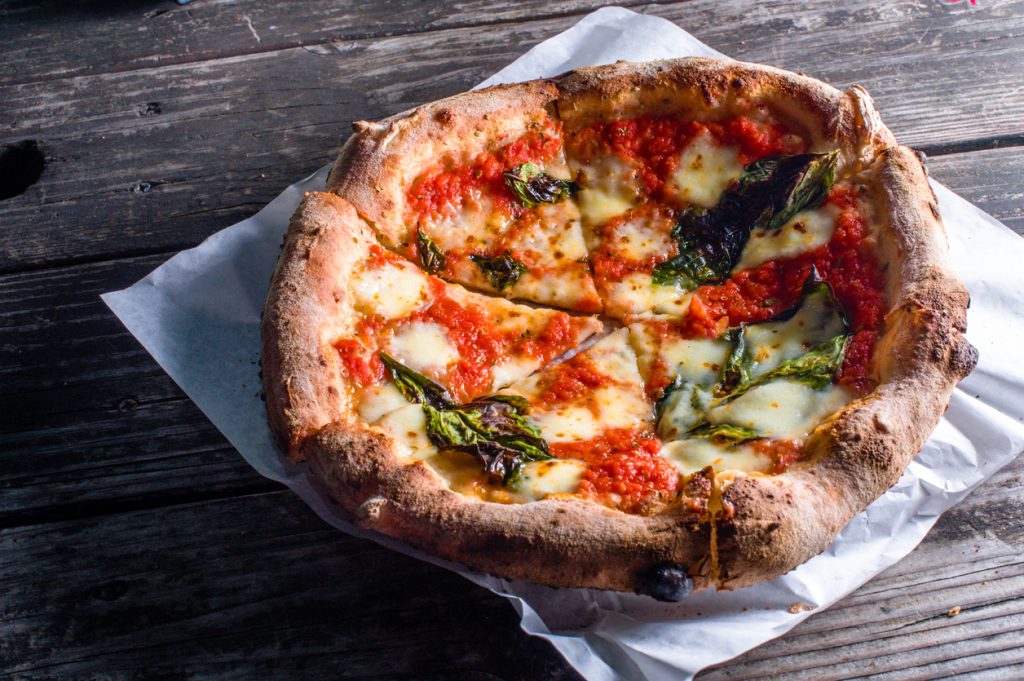 Naples (just 2 hours south of Rome) is actually the birthplace of the traditional pizza, created in the 19th century. Antica Pizzeria Port’ Alba is said to be its oldest pizzeria and still uses their traditional wood oven. The famous Da Michele (recently featured in Julia Roberts starer Eat, Pray, Love) nearby, has elevated pizza making to an art form. Though pizza may be the food Naples is best known for, its seafood, pasta and pastries are excellent as well.

While perhaps less ritzy and showy than the Amalfi Coast, Naples’ seafront promenade is full of restaurants and interesting activities. With fewer tourists, the city offers a more localized experience, showcasing the ‘real’ Italy, and the prices reflect this.

However, Naples has some of the best theatres and opera houses in the country and its city centre boasts not one but three large castles. There are also numerous cathedrals, churches, and statues. Art lovers will be delighted by the Museo di Capodimonte. The museum houses a collection of Italian Masters rivalled only by the Uffizi Gallery in Florence. Caravaggio, Raphael, Michelangelo, Botticelli, Titian, and even Andy Warhol find a place here.

Ruins, But Not Ruined

Perhaps the most enticing aspect of Naples is its proximity to other more popular destinations, for which it serves as the perfect base. Both Pompeii and Herculaneum, are a short distance away from the city. These Ancient Roman ruins were perfectly preserved in volcanic ash when the nearby Mount Vesuvius erupted in 79AD. Many frescoes, sculptures, and mosaics from these sites are housed in the Naples National Archaeology Museum, itself a beautiful 17th-century building, along with other treasures such as the Farnese Bull, and Artemis of Ephesus.

Naples is the best place to experience how real Italian people live, removed from the touristy glitz and glamour of Rome and Tuscany. Most people pass through Naples, whether to go to the historic ruins, or the Amalfi coast, so why not choose to spend a few days there.