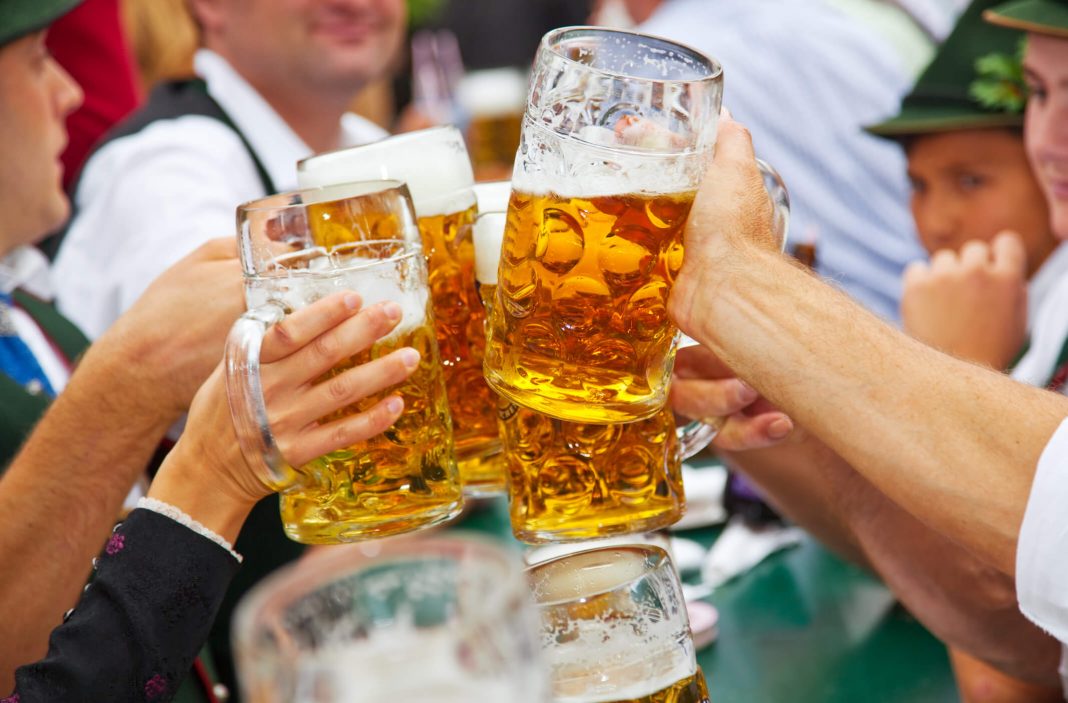 Taking place in Munich, the Bavarian capital of Germany, Oktoberfest is the world’s largest Volksfest. It is held annually at the fairgrounds of Wiesn to celebrate to centuries-old Bavarian traditions with millions of litres (not kidding) of Munich-brewed beer and toothsome Bavarian cuisine. Germans and beer aficionados from all around the world gather every year to savour Bavarian beer and food. In addition to eating, drinking and dancing, visitors can also enjoy colourful parades and a variety of fairground rides.

This fest originated on October 12th in 1810, in the honour of the Crown Prince of Bavaria’s marriage to Princess Therese von Sachsen-Hildburghausen. All of the townspeople were invited to attend the festival and the festivities lasted almost a week with a horse race held in an open area that came to be called Theresienwiese (“Therese’s green”).

After this hit party, the happy couple decided that the festival should be continued annually and in the following years, a state agricultural fair and booths serving food and drink were introduced. By 20th century the booths had developed into large beer halls transforming what used to be a simple wedding celebration into a 17 or 18-day festival. The festival now hosts 7 million people from around the world that consume more than 6 million litres of Bavarian beer (yes, more than 1 million gallons of beer!).

Where is it held?

The main Oktoberfest takes place on the original meadow, named in the honour of Ludwig’s bride, the Theresienwiese, which is also called “Festwiese” by the locals. Located just outside Munich’s city centre, you can reach the grounds easily via a short tram ride from central Munich.

Half of the year, the area is simply a public park, but around June, the tents and funfair foundations begin their staggered process of construction. These temporary structures are completed by the end of September, just in time for the beginning of the festival. This area hosts a space of 420,000 sq ft where each of the Munich brewers erects one of these beer tents. The breweries are also represented in parades that feature beer wagons and floats along with people in folk costumes.

Also Read: 5 Traditional Festivals in Germany You Need to Attend

When does it happen?

Oktoberfest officially begins on the second to last Saturday in September at noon when the mayor of Munich taps the first barrel at the Schottenhamel Tent, crying “O’zapft is” (‘it’s open’). Schottenhamel is also largest tent which can accommodate 10,000 people. This year, the fest will begin on Saturday, 21 September and ends on Sunday, 6 October.

There are 14 big brewery tents and 21 small tents in total to accommodate people taking part in this Bavarian tradition. Out of them, the big tents have a holding capacity of 7,000-10,000 people at a time. Make sure you check the availability areas and have a look at crowded tents on their official app as it is really tough to get a place without a reservation. All these tents have different experiences and offerings in terms of food menu and beer. Other entertainment includes games, amusement rides, music, and dancing. The festival concludes the first Sunday of October and lasts for at least 16 days.

So plan your next trip to Munich during Oktoberfest to experience the world’s largest Volksfest and do let us know about your drunk adventures in the comments below!