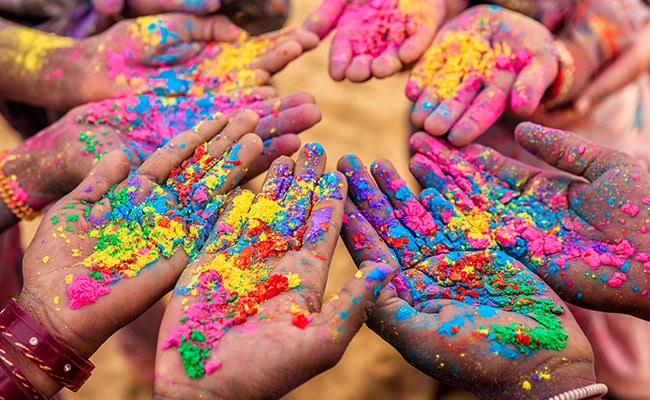 As a country with 29 states, India is a land where many festivals are celebrated and each state has its own unique way of celebrating the same. Harvest festivals in India are those that occur at the time of the main harvest of a particular region.  A substantial section of the Indian population is actively involved in agricultural practices and the first yield of their new crop is a cheerful time for them. Due to the diversity in climate and the different staple crop regions, each state celebrates harvest festivals at different times throughout the year. A lot of fun and frolic surround these festivals and are celebrated with vigour all across the country. Here is the list of the harvest festivals celebrated throughout the country.

Celebrated mostly in North India, Makar Sankranti is one of the most widely celebrated harvest festivals in India. This festival marks the end of an unfavourable phase and the beginning of a holy one.  It is also an auspicious day for Hindus wherein they take a dip in the holy waters of the Ganges for good luck to come their way. There is also a major kite festival held in Gujrat during Makar Sankranti, where competitions are also held. The major attraction of Makar Sankranti is the Kumbh Mela held at the confluence of the Ganga and Yamuna.

One of the most important harvest festivals in India is Baisakhi celebrated mainly in the region of Punjab and Haryana. In this festival, farmers thank the Lord for a prosperous and fruitful year and pray for an even more prosperous harvest next year. In this festival, there are various fairs which are organized where there are acrobatics, algoza and vanjli performances and people sing songs and dance to the rhythmic beats of the dhol making it one of the most vibrant harvest festivals of the country.

The Ladakh Harvest festival is celebrated to commemorate the teachings of Buddha and the positive influence they have had on the people of Ladakh. It is an integral part of the community and it’s the day on which Ladakh is at its brightest. Monasteries and Stupas are decorated on this day making the environment absolutely stunning, and it’s visited by monks every year.  The pilgrimage to Thangka is an auspicious event on this day and attracts travellers worldwide.

Celebrated at the beginning of the new harvest season Lohri is a famous harvest festival in Punjab. On this day people set up huge bonfires and gather around them to perform small rituals and express their gratitude to the Lord. The fire signifies passing of winters, the long nights and welcomes summer, the longer days. This auspicious festival is celebrated with the beating of Nagadas and the singing of traditional Lohri songs.

Basant Panchami is a holy festival dedicated to Goddess Saraswati, the goddess of knowledge and art. The colour yellow holds great importance on this day and devotees dress up in yellow attire and offer respects to the Goddess. There is a legendary story around this festival in which Goddess Parvati requested Kamadeva to shoot an arrow of flowers at Lord Shiva to invoke his interest in Goddess Parvati. Also known as Saraswati Puja this harvest festival is celebrated in immense grandeur in the states of Bihar, West Bengal, Odisha and Assam.

Bihu is the most significant festival in the state of Assam. The harvest festival of Assam is knowns as Bhogali Bihu, on which farmers celebrate and cherish the efforts of their cultivation. This festival marks the beginning of the agricultural season and is observed all over Assam and lasts for an entire month. The celebration begins with a community feast known as Uruka, which takes place in the previous night. On the day of the festival a structure made of hay known as Meji is burnt, and people wear their best attire and celebrate with friends and family.

Celebrated in the state of Kerala, Onam is an auspicious harvest festival celebrated with immense grandeur. This festival marks the homecoming of the legendary emperor Mahabali. The festival is celebrated for over 10 days to relish a successful harvest. Floral rangoli’s adorn the entrance of homes and people dress up in their best traditional attire. “Onam Sadhya” an elaborate and delicious meal prepared for this auspicious festival is enjoyed not only in Kerala but all over the South of India as well.

Holi is one of the most colourful festivals celebrated in the country. With Holi, Hindus bid adieu to winter and welcome spring hoping the new season brings positivity and good harvests. This festival of colours is everyone’s favourite and is celebrated by people smearing multi-hued colours on each other. Celebrated across two days Holi is representative of India’s rich and vibrant culture. On the night before, family and friends gather to burn a bonfire to commemorate the sacrifice of Holika and the next day people come out and play with colours and water in the spirit of joy.

Ugadi is the celebration of the New Year for the states of Andhra Pradesh and Karnataka and it’s a day believed to be auspicious for starting out new ventures. People decorate their homes with rangolis and earthen lamps and Ugadi Puja is done at their homes. On this day locals take an oil bath, dress up in traditional clothes and enjoy some delicious food made for one of the special harvest festivals in India.

Celebrated in the onset of winter Wangala is a harvest festival in India celebrated in North East India. During this festival, the Sun God is worshipped with immense devotion and 100 drums are played to celebrate this harvest festival. Women wear their traditional colourful clothes and dance during this harvesting festival while men rhythmically drum their fingers on the traditional drum pads.

If you have the opportunity, we do encourage you to partake in celebrating these harvest festivals in India as it will be an exciting experience. You will be surrounded by delicious food prepared specifically for the celebration and great vibes making these festivals a vibrant event where you get to engulf yourself in India’s cultural heritage.

Also Read: The 8 Most Colourful Festivals Around The World