Croatia has become more and more popular as one of the year’s must-see destinations. With over a thousand islands, calm azure seas, picturesque towns, and rich history, this is perhaps unsurprising. Unlike other major tourist spots in the Mediterranean, Croatia manages to retain an air of being untouched by commercialization. It is also remarkable in modern history, having gained its independence only 25 years ago. Here are 6 reasons you must visit Croatia:

Croatia’s growing popularity among tourists likely has something to do with its starring role in hit TV series Game of Thrones. Many Croatian locations are featured prominently on the show. The St. Dominic Monastery in Trogir, was used as the fictional city of Qarth, while the Fortress of Klis can be seen in external shots of Mereen. The Trsteno Arboretum outside Dubrovnik became the Red Keep gardens, while the city itself stands in for the Westerosi capital of King’s Landing. Dubrovnik was also featured in Star Wars Episode VIII: The Last Jedi as the space Casino, Canto Bight.

Read More: 25 Game Of Thrones Filming Locations That You Can Actually Visit

Explore The Hidden Wonders Of Dubrovnik

However, Dubrovnik is more than just a famous filming location. This enchanting city is full of hidden wonders, winding roads, ancient restaurants, and quaint pubs. Ancient temples and palaces are scattered around the city, like salt being sprinkled over an already tasty dish. The Diocletian Palace is one such place. Here you can find restaurants, shops, bars, and even a hotel, secreted away amongst the ruins. Dubrovnik is fast becoming a popular cruise destination. The city is often full of tourists clamouring to see its famous marinas, churches, and city walls.

Take Part In The Vibrant Festivals

Croatia also boasts numerous open-air festivals, exhibitions and alfresco concerts during the summer months of June to August. Don’t miss the Pula Film Festival held inside a 2,000-year-old Roman amphitheatre; the Dubrovnik Summer Festival held along the city’s famous historic fortifications and the Split Festival which takes place around the Diocletian’s Palace.

The Capital Is A Like A Whole Other World 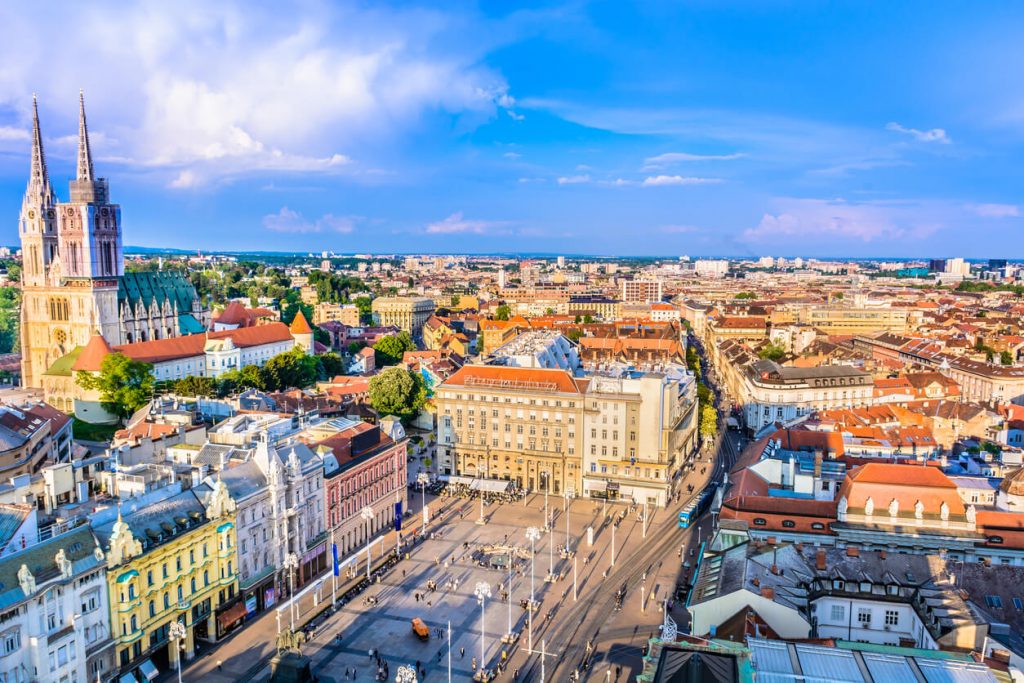 Croatia’s capital, Zagreb, is a short distance away, but it seems like it belongs in a different world. This modern-day capital is more like Vienna and Budapest than Westeros but is fascinating nonetheless. Filled with tree-lined avenues and green squares, it’s known for its fabulous cafes, excellent restaurants, and fabulous boutiques. There are also local markets where you can find all kinds of things, such as fresh produce, wines, spirits, fresh seafood, honey and olive oil.

There’s So Much Natural Beauty in Croatia

Croatia is also a place of great natural beauty. It has eight National Parks, and the stunning interconnected Plitvice Lakes and waterfalls of Krka National Park are both worth a visit. Beautiful beaches dot the coast, with the most famous being Zlatni Rat and Nugal. However, Stiniva Beach, on the island of Vis, is also spectacular. This beach is almost completely blocked from the sea by natural cliff formations. Zavratnica Bay also allows visitors to go snorkelling amongst the shipwrecks of German World War II crafts.

You Can Go Hiking In The Mountains

Away from the coast are the breathtaking mountains of the Dinaric Alps, such as Sveti Jure, Croatia’s second-highest peak (at 1,762 m). The zig-zagging trail up the mountain is steep, yet has spellbinding views. Pine trees, wildflowers, and even butterflies adorn these slopes.

Summer is the most popular time to visit the country, with warm sunny days and ideal water temperatures. But, it also often crowded. So if you plan to visit consider May and September, with equally pleasant temperatures, but fewer crowds!

So, have you visited this country? If you have, be sure to share you experiences in the comments below.