Pondicherry, also called Puducherry, is a vibrant city located on the south-eastern coast of India. Often called the ‘French Capital of India,’ it is known for its quaint colonial buildings, beautiful promenades, unspoilt beaches, and many temples. There are lots of things to see when you visit Pondicherry.

The town has variously been colonized by the Dutch, the Portuguese, the English and the French. Much of this influence is still visible today, as can be seen in the many French cafes and the large churches. Here are 6 reasons you should visit Pondicherry this year: 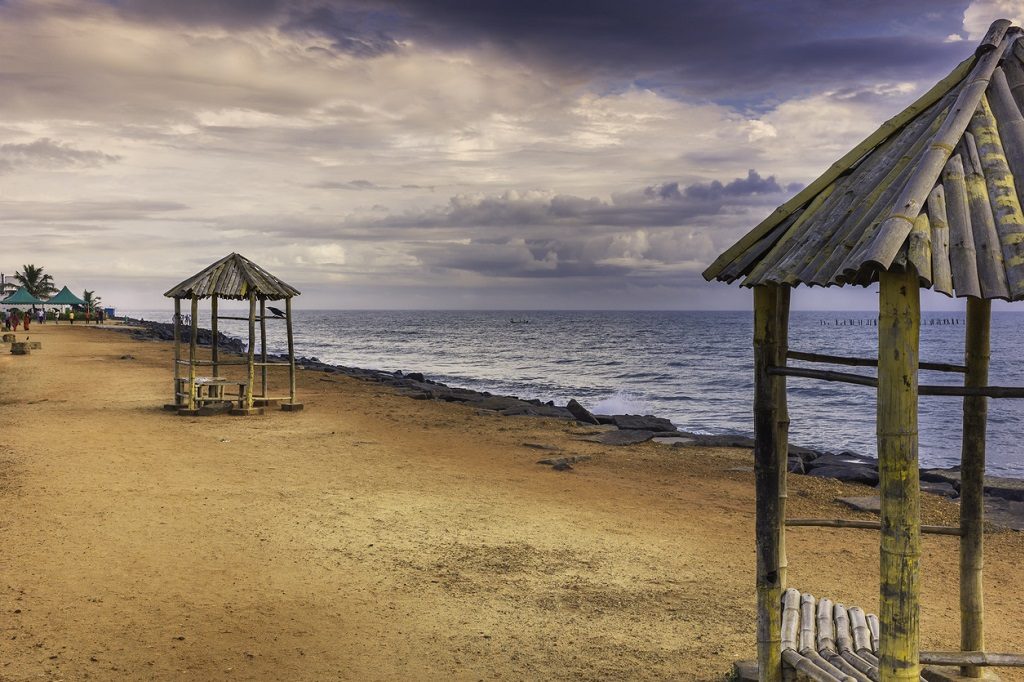 Pondicherry is full of beautiful beaches where you can relax and soak up the sun. They are also the perfect place to engage in water sports, such as scuba diving, snorkelling, surfing, and swimming. Among the many beaches are the long Promenade Beach; Paradise Beach where the Chunnambar River meets the Bay of Bengal; the popular Serenity Beach; and the serene Auroville beach. 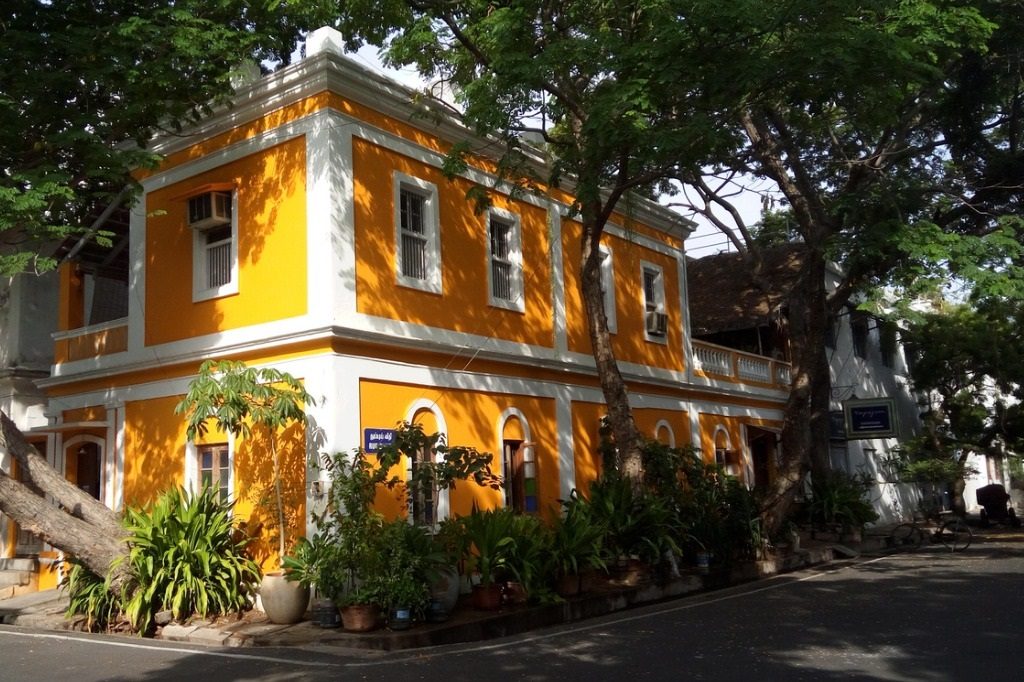 While many nations have colonised Pondicherry, the French have left the biggest mark. This heritage is explored at the Puducherry Museum. Cobbled streets, bright mustard and white houses, boutiques, cafés, a promenade and seafront fill the French Quarter with a serene yet vibrant feel. Known as the “White Town” this neighbourhood has great examples of colonial French architecture. It is also covered in colourful bougainvillaea flowers, and you’d be forgiven for thinking you’ve ended up in France.

Many Temples and Churches 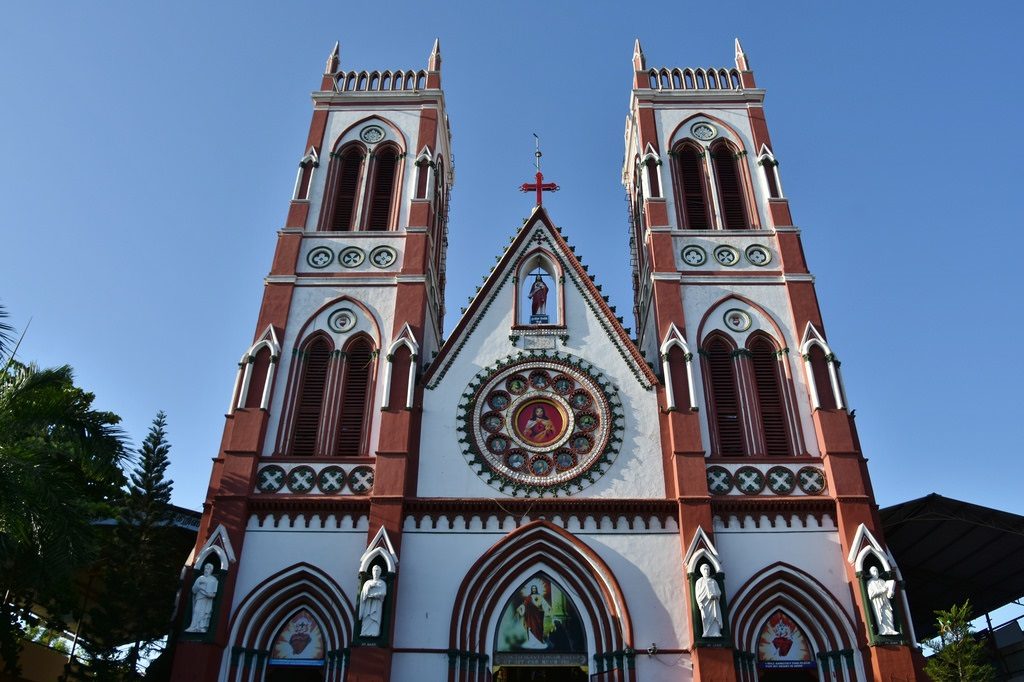 The indigenous Tamil influence is still visible in other areas of the city, but most so in the many temples. While Pondicherry is better known for its magnificent churches, such as the grand 300-year-old Immaculate Conception Cathedral, and the chocolate coloured Gothic Sacred Heart Basilica, there are also many temples to see. Among them are: the 500-year-old Manakula Vinayagar Temple, the only Hindu temple in White Town, which features a huge golden chariot and ornately carved stone walls, and the Gokilambal Thirukameswar Temple, which has a colourful exterior and ornate sculptures.

To Try The Delicious Food

Pondicherry is famous for its fusion cuisines born from an amalgamation of French and South Indian flavours. Its food also blends the best of various other European cuisines. Here you can try everything from continental classics such as Coq au vin, quiches, croque-monsieur, crêpes, and bouillabaisse to traditional South Indian fare. Everything is mouth-watering and delicious. 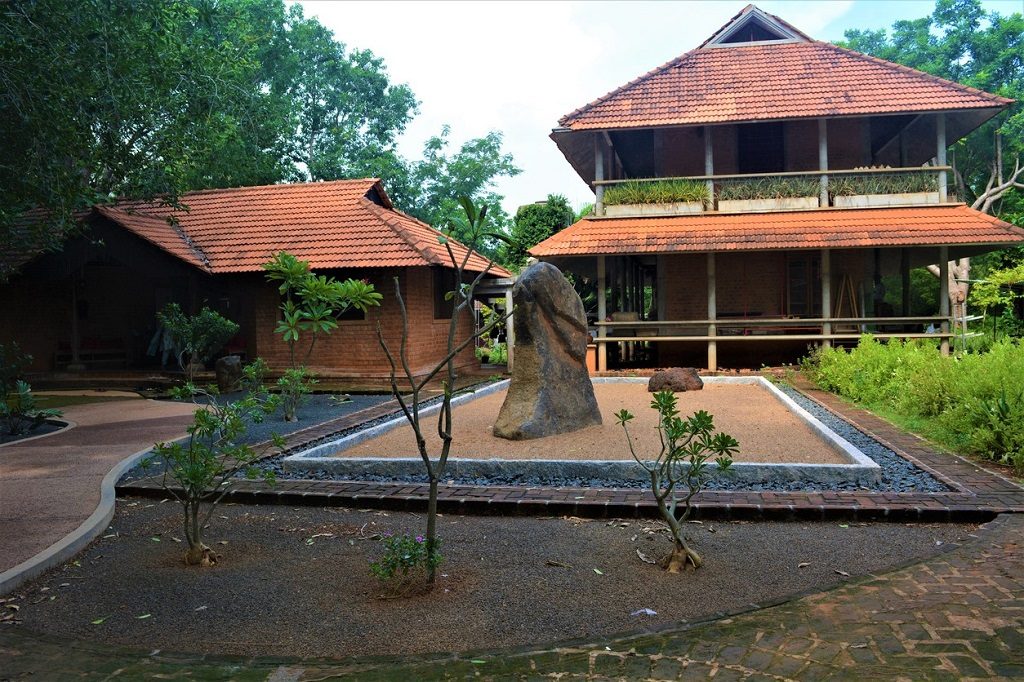 Located just a few kilometres away from Pondicherry is the experimental township of Auroville. Inhabited by people from across the world, the “City of Dawn” is a fascinating destination that deserved more than a passing visit. Here you can visit the Matrimandir meditation centre and the Auroville Botanical Gardens. Also check out the handicrafts, clothes, and jewellery at the Auroville Main Road Market and the Boutique d’Auroville, and the delicious locally-sourced food at the Auroville Bakery & Boulangerie.

Watch the Sunset at Ousteri Lake 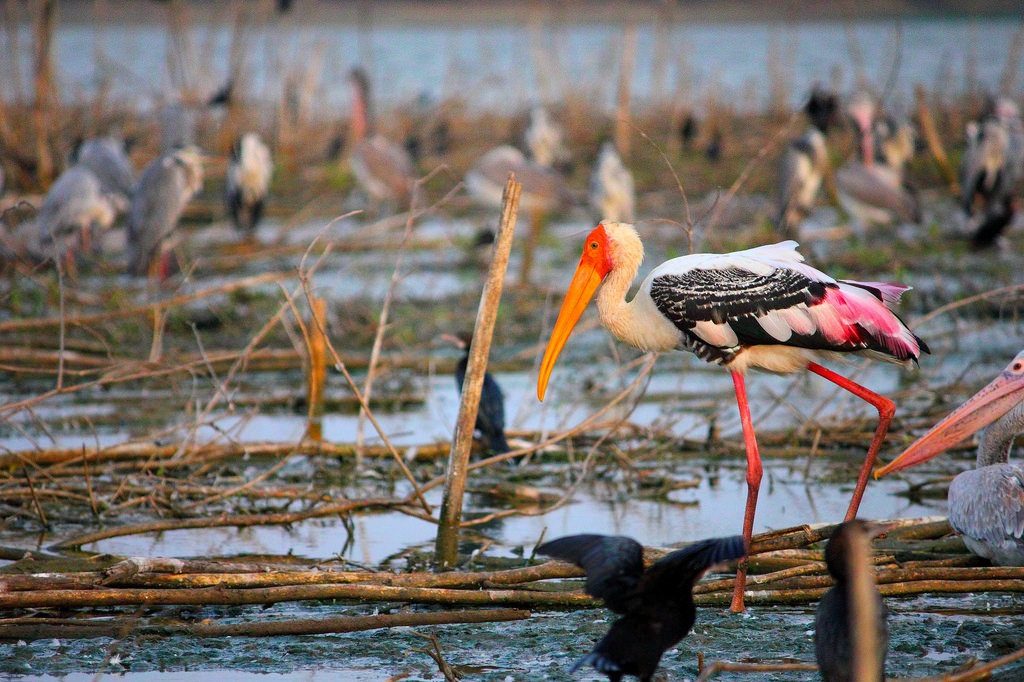 Ousteri Lake is a picturesque man-made freshwater lake near Pondicherry. Its mudflats and marshy lands are home to a wide variety of residential and migratory birds. Keep a look out for golden orioles, egrets, white ibises, openbill storks, greater flamingos and white-breasted water hens. The lake is one of the most significant wetlands in Asia and boasts spectacular views of the sunset.

There are many other things to do and see when you visit Pondicherry. If we’ve missed any, be sure to share them in the comments below.