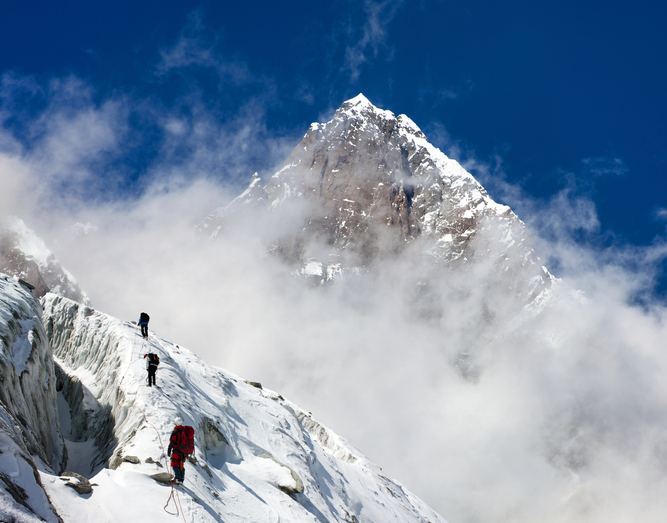 Do you know which are the highest peaks in the world? Have you climbed one of them? What about the Seven Summits? We have a new addition to your mountain climbing bucket list. The Seven Summits comprise each of the highest mountain peaks on the seven continents. The list depends on the definition used for a continent—particularly the location of the border of that continent. Thanks to this, we can get various versions of the seven summits list. While the list might differ a bit, the fundamentals remain the same.

Climbing these seven summits is regarded as a major mountaineering challenge, which was first achieved by Richard Bass in April 1985. There are many guided expeditions that can help you put together a step-by-step progression to climb the seven summits. Here are the highest mountains on each of the seven continents.

Also Read: Which Are The Highest Peaks In The World?

The Seven Summits Of The World

This is the high­est peak in South Amer­i­ca and the highest peak in the world outside Asia. Aconcagua is located on the Chilean border in west-central Argentina. At a staggering 6,962 metres, Mt Aconcagua was first summitted by Mathias Zurbriggen in 1897. There are two summits at Aconcagua: The north and south, connected by a ridge. Although most routes to the  peak do not require technical skill, climbing 6,962 metres is no easy feat. You must be properly familiar with mountaineering, experienced in camping and travelling in cold weather.

Previously called Mt Mckinley, Mt Denali is the highest peak in North America. Rising to an elevation of 6,190 metres above sea level, Mt Denali is located in south-central Alaska, U.S.

It is the third-highest among the Seven Summits and is one of the more technically challenging of them as well. The peak contains two distinct summits: North and South, where the latter is slightly higher at 6,140 metres. You need to have in-depth knowledge of technical climbing skills on both rock and ice, mountaineering experience, and prior expedition experience to climb this mountain. Mt Denali is the third most prominent and isolated peak in the world after Mt Everest and Mt Aconcagua. The first ascent on the peak was made by Hudson Stuck, Harry Karstens, and their team of climbers in 1913.

Standing 5,642 metres tall, Mt Elbrus is the highest mountain in Europe. This stunning volcanic peak is an extinct volcano in the Caucasus range that crowns the European border with Asia in southern Russia. Mt Elbrus has twin cones that extend to elevations of 5,642 metres and 5,595 metres. The mountain is full of glaciers, but its slopes are moderately angled, making it a relatively “easier” mountain in the list of the Seven Summits. Although, it is still required to have basic alpine skills and an interest in high altitude climbing. The first ascent was by a local, Killar Khashirov in 1829.

A dormant volcano, Mt. Kilimanjaro sits at a staggering height of 5,895 metres above sea level and is the highest mountain in Africa. This massive peak is situated in northeastern Tanzania, near the Kenyan border. As there aren’t any large mountain ranges surrounding this giant volcano, Mt Kilimanjaro is the highest free-standing mountain in the world. It consists of three cones: Kibo, Mawenzi, and Shira. Kibo, which rises to 5,895 metres, is the youngest of the three and the tallest. There are five main routes up to Kilimanjaro that meander from the jungle, through five microclimates, to join the three final ascent routes to Kibo. On this ascent of Kil­i­man­jaro, you don’t need any technical skills or special equipment, but you do need physical fitness and determination.

5. The Most Remote Of The Seven Summits: Carsten­sz Pyra­mid, Oceania, 4884m

Rising to an elevation of 4,884 metres, Carstensz Pyramid is the newest addition to the Seven Summits. This peak is located on the island of Papua, New Guinea and is also the world’s highest island peak. While the mountain is the lowest of the seven, the conditions required to climb this mountain might be the most diverse and the most difficult. This remote limestone peak is tucked away deep in the rainforest, and therefore, to climb it you require knowledge of types of rock, technical limestone rock climbing experience, plus rappelling (abseiling, a controlled descent off a vertical drop, such as a rock face, using a rope), fixed line knowledge (practice of fixing in place bolted ropes to assist climbers and walkers in exposed mountain locations.), and via ferrata or climbing path skills, as well as highly tuned expedition skills. This exotic mountain, which is also known as Puncak Jaya (puncak means peak or mountain, and jaya is  victory, victorious or glorious in Indonesian), was first climbed by Austrian Heinrich Harrer and his team in 1962.

One of the most renowned seven summits, Vinson Massif is located on the west coast of Antarctica, just 660 nautical miles from the South Pole. The mountain stands at an elevation of 4,892 metres above sea level within Antarctica’s Ellsworth Mountains, the coldest and most remote range in the world. While the difficulty level is moderate, you require solid mountaineering background and reasonable crampon, rope travel and ice axe experience, to climb this mountain. Mt. Vinson Massif was first climbed in 1966 by an American team led by Nicholas Clinch and supported by the American Alpine Club and the National Science Foundation.

With a height measuring up to 8,850 metres, Mt Everest is widely known as the world’s highest mountain. Straddling the border between Nepal and the autonomous region of Tibet, this massive mountain is one of 14 peaks that is over 8,000 metres. This iconic peak has over 18 routes, of which a few are still unexplored. Residing on the crest of the Great Himalayas, Mt. Everest was first conquered by Sir Edmund Hillary and Tenzing Norgay in 1953. To climb this majestic peak, years of preparation, training, and experience are required. You are expected to have expedition skills and many prior technical climbs to attempt the summit of Everest.

Also Read: My Journey to Mount Everest Base Camp

Any Plans To Take The Seven Summits Challenge?

The aforementioned peaks are the highest mountains in each continent and offer beautiful vistas. But, keep in mind that not all of them are safe to climb and offer a challenge for both the seasoned and rookie mountaineer. So, make sure to do proper research required for the climb, take necessary precautions, go through the required training, and take the permissions required, if you wish to climb the Seven Summits. If you have experienced any of these peaks, let us know all about it in the comments below.