I read someplace that – education is not necessarily sought in a drab dreary classroom. Travelling is an eye-opening, enlightening, enriching and refreshing learning experience.

I was in a doctor’s waiting room awaiting my call, browsing my phone aimlessly when an image of a diver floating, surrounded by the most colourful (literally delicious) marine life one could envision, popped my screen (thanks to google ads).

A few flicks of my index finger brought up picturesque images of sun-kissed sandy beaches, swaying palms, azure skies, a calm blue ocean and a glimpse of the promising marine life waiting to be explored. I believe I had stumbled upon Sabah!

The dental procedure did not cause the usual discomfiture. I guess I was “bitten”.

At the college canteen, I mentioned my “find” to my gang as a doable option during our upcoming vacation. Excited chatter followed by hectic browsing on their respective devices and most importantly an affordable price tag to a basic three-night sojourn brought up immediate consensus amongst most of them.

The ball to Sabah had set rolling!

The image of the floating diver never left me and a bit of reading up revealed the following.

Kota Kinabalu is the capital city. World class resorts dot the unending stretch of beaches striking a perfect balance between comfort and nature.

We flew an hour from Kuala Lumpur to Kinabalu. After a 20-minute pulsating speed boat ride to Tunku Abdul Rahman Marine Park and we had arrived at our destination – weary and famished. A street corner stall serving exotic looking seafood marinated with spices and barbecued to perfection did justice to our appetites. The hotel room was swell! We chose three to a room, we were six in all and we had to shell out about INR 1000 a night inclusive of buffet breakfast. Real cool deal thanks to MMT.

With some querying, the hotel staff packed us off in a taxi cab, the next morning, to the diving school which seemed to be our primary purpose of visit. We all enrolled immediately, attended a theory class and were asked to report post lunch. A light sandwich lunch later we were trotted off to get outfitted. We were made up in elaborate gear – wet suit, flippers, snorkel, mask – the works!

A quick photo session (with a selfie stick) and it was “Show Time!”

The boat ride was a nervous 20 minutes from the pier but the sheer excitement aided us our brave front amongst others. One by one we were assisted into the water as we floated down accompanied by the guide. The views began to unfurl as we gained a depth of fifteen meters.

As I sunk lower I gazed the cradle of coral evolution. The abundance of flora and fauna, sea creatures teeming with life and colour took my breath away. The utter abundance of sea life baffled my senses. The tranquillity and the sense of bonding with nature remains an indelible memory to cherish lifelong. The fifteen minutes seemed to last not longer than five! 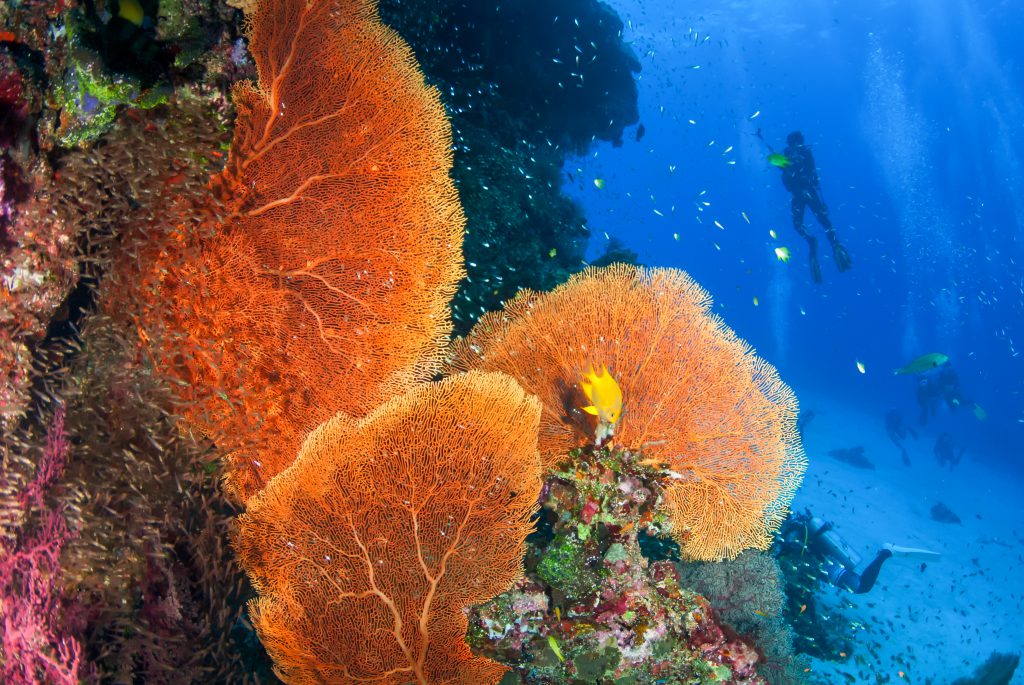 Our other experiences included sampling the various types of gastronomical delights available ashore. Some delicacies of the region worth a mention, the Ngiu Chap, (Beef Noodles) made from the most tender and flavorful beef broth. The Bambangan is also a must try for mango lovers, a variant of wild mango that is either pickled or cooked with fish. Bakwa, candied pork cooked over a fire was brilliant as well.

Over lunch on day two, I got chatting with a local who mentioned the ongoing Sabah Fest, in conversation. The three-day extravaganza showcases culture and tradition portrayed through modern art forms and grand stage production. It’s an engaging opportunity to immerse oneself in a flood of culture and lifestyle. Lucky for us, we got to witness the last day of merry-making.

The International Tattoo Convention is held annually at Sabah which features tattoo artists from various parts of the world. These are the most decorated artists in the industry, and is also one of the most eminent places to get inked. I decided to make Sabah – this heavenly getaway – part of me forever. I often gaze at my inked left wrist, reliving the memories of what started off at a dull drab doctor’s waiting room. 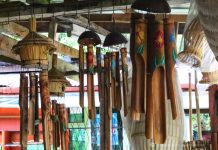 Exploring the Indigenous Arts And Crafts Of Sabah 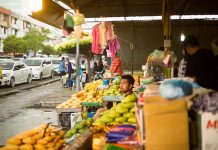 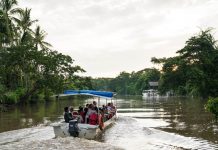 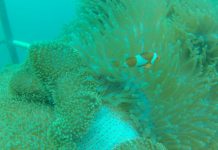 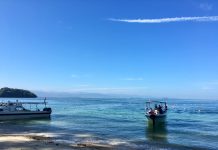 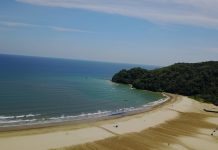 Shangri La’s Rasa Ria: Here’s Why you should visit this Paradise on Earth 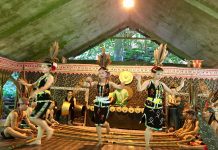 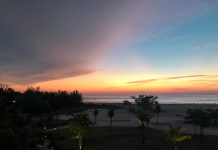 Kota Kinabalu: Why This Coastal Town Should Be On Your Sabah Itinerary 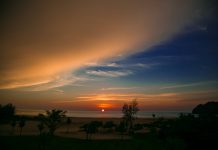 12 Beautiful Pictures that will convince you to Visit Sabah 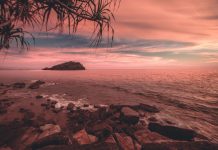 10 Reasons Why You Should Next Travel To Sabah