It’s a crazy world out there, sometimes the sky is a thick blanket of fog, sometimes it is a sombre grey and sometimes it is bright and clear. The colour of the sky at times can connect with emotions, it leaves you dull, or in awe, or plain happy – and maybe sometimes we don’t really notice it at all. But all of these natural phenomena are spectacular sights.

While it’s no doubt that the earth is a wonderful place, sometimes we need to look up and see what the skies have to offer.

Here is a list of spectacular natural phenomena in the sky (or involving the sky): 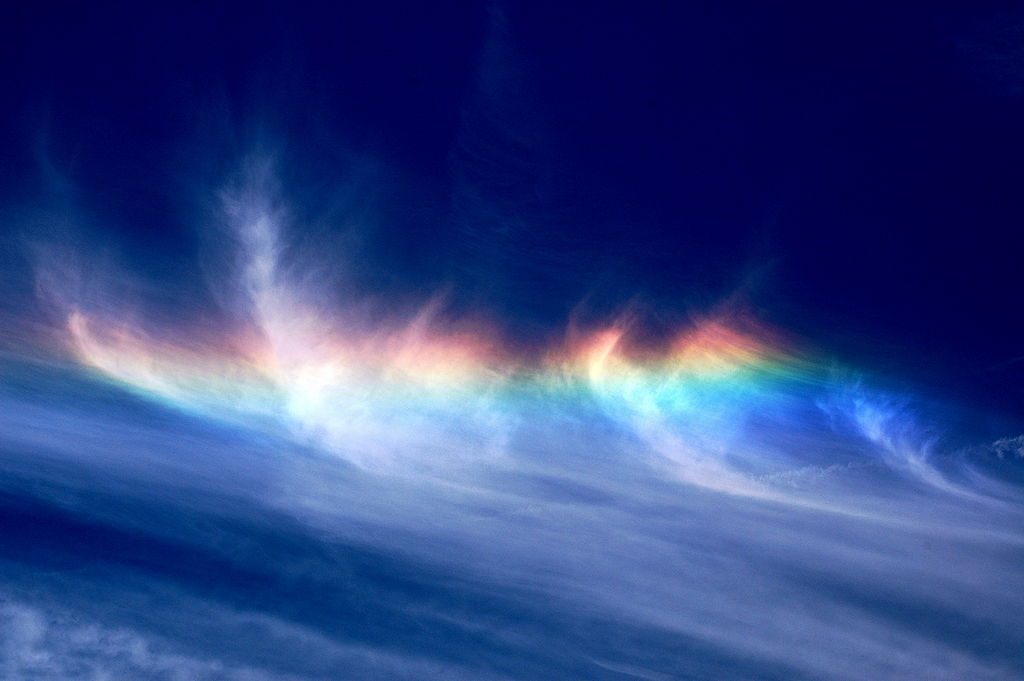 These beautiful natural phenomena are popularly known as fire rainbows. However, they actually have nothing to do with fire or rain. Circumhorizontal arcs occur when sunlight hits ice crystals in cirrus clouds that are very high in the sky. They are most commonly found in the summer months. 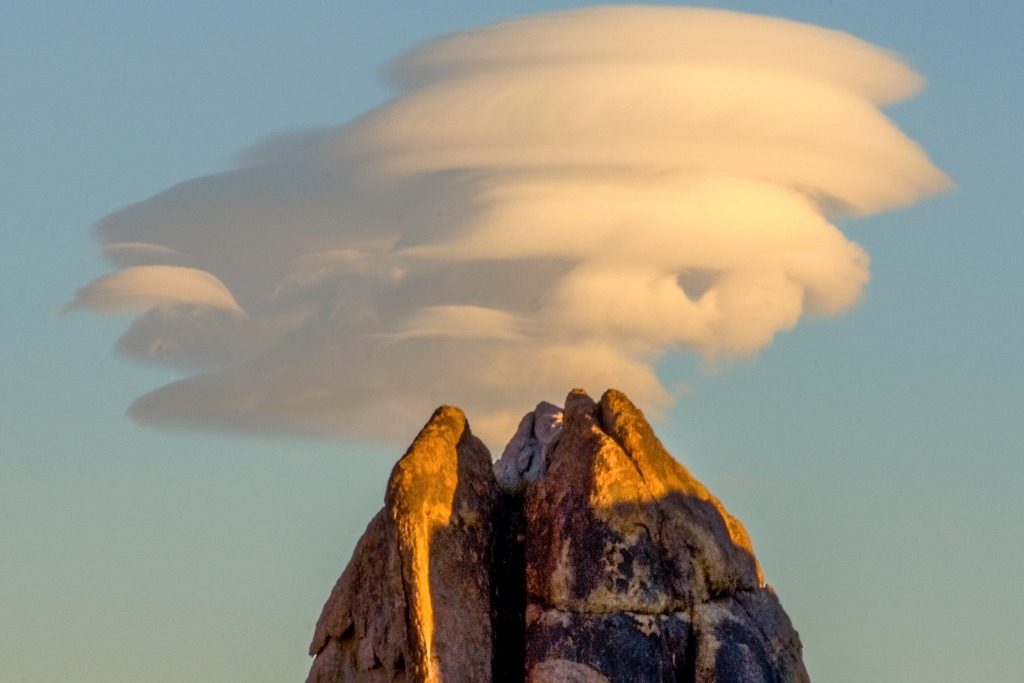 Lenticular clouds are stationary lens-shaped clouds that form at high altitudes, especially over mountains and even buildings. The wind flow is obstructed by these tall structures, condensing to form the unique clouds that are often confused for UFOs. They occur most commonly in the winter and the spring. 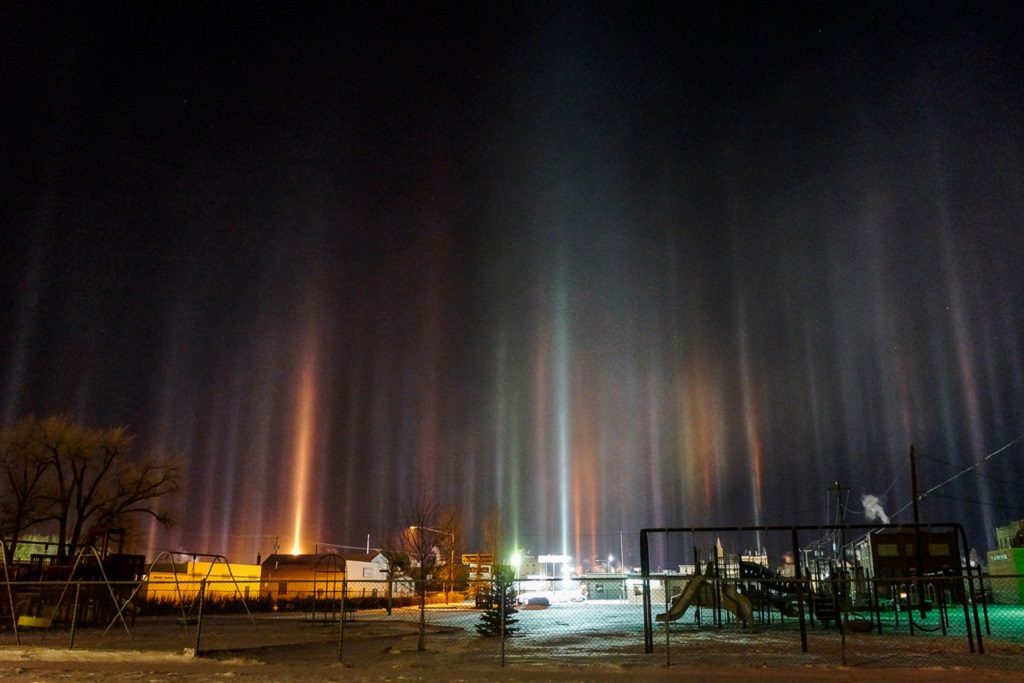 This luminous optical phenomenon can be seen in many cold countries, such as Russia, Canada, and Finland. Vertical band or tall pillars of light appear to shoot into the sky. This is formed when there’s a reflection of light from the sun and the moon form various small ice crystals suspended in the air. 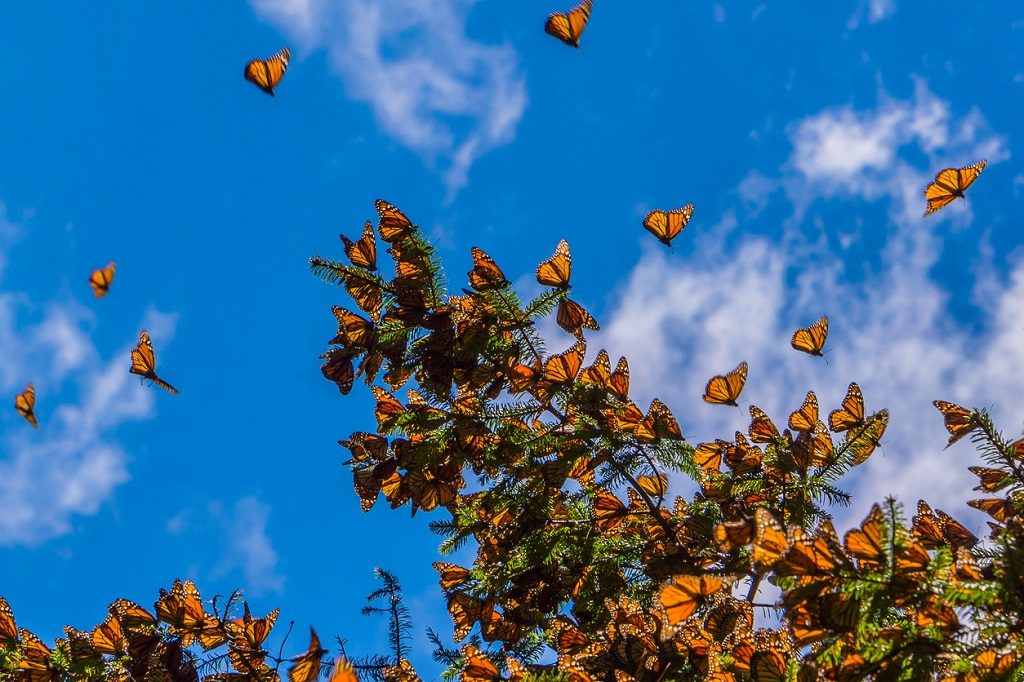 One of the most amazing sights in North America is the southward autumn migration of monarch butterflies. Each October thousands upon thousands of butterflies migrate towards Mexico from the USA and Canada, covering thousands of kilometres. However, no individual butterfly lives through the whole migration, with female monarchs laying eggs and their offspring continue the migrations. 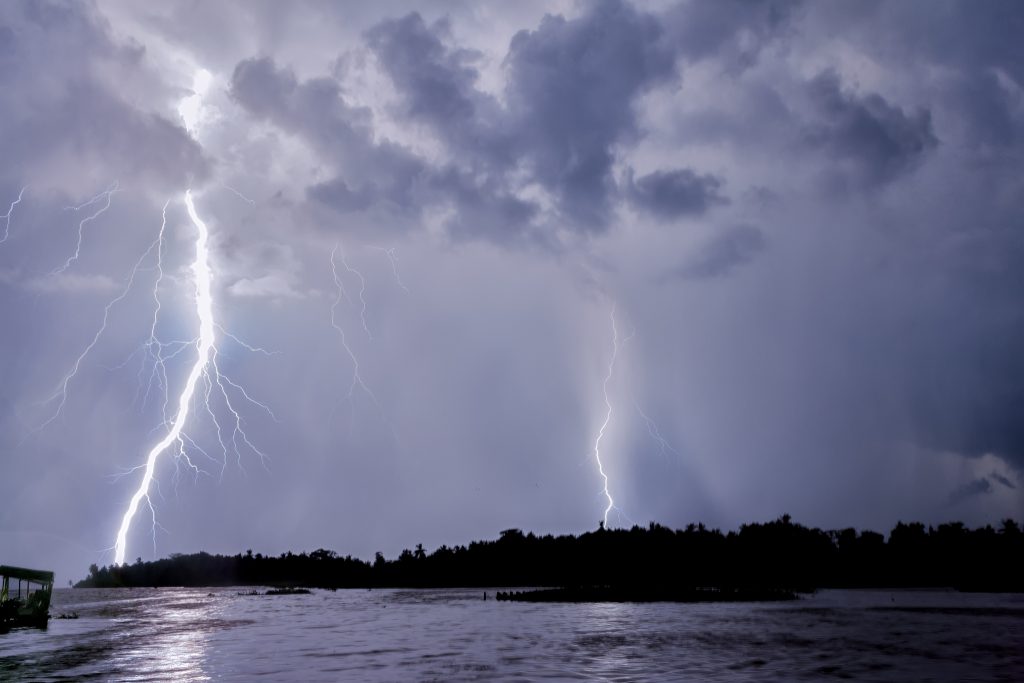 The mouth of the Cataumbo River in Venezuela sees more lightning than anywhere else on Earth. The “everlasting lightning” occurs up to 260 nights of the year and can last over 10 hours. The area is so stormy because cool breezes from the mountains meet warm, moist air creates electric charges and lightning storms that can have over280 lightning strikes per hour. 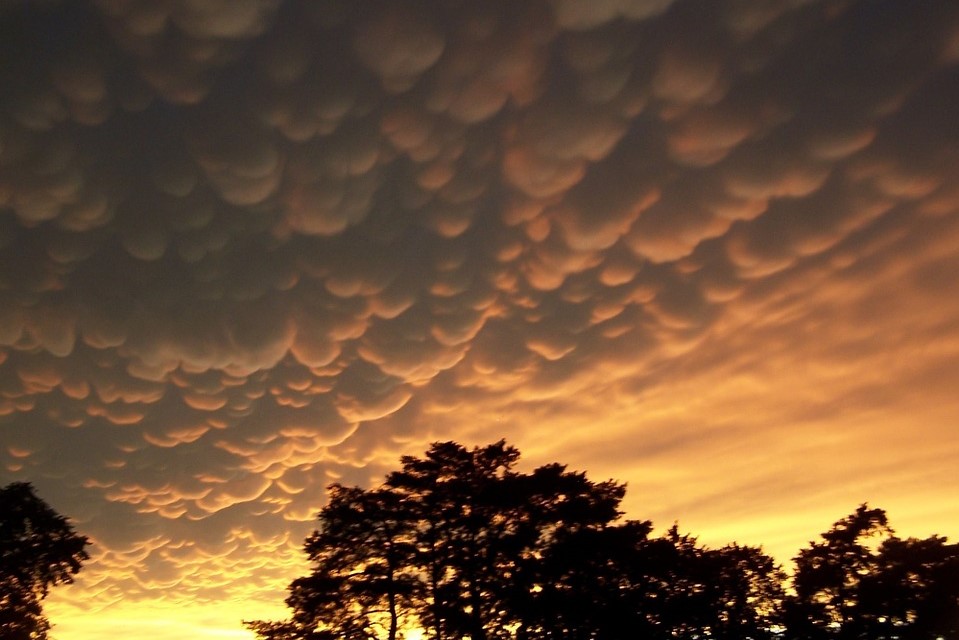 These mysterious looking clouds, which are also known as “mammary clouds,” are a rare formation. Cool air (when surrounded by warmer air) sinks creating unique hanging pouches underneath clouds. They are often associated with severe thunderstorms, though meteorologists still don’t exactly how they are formed. 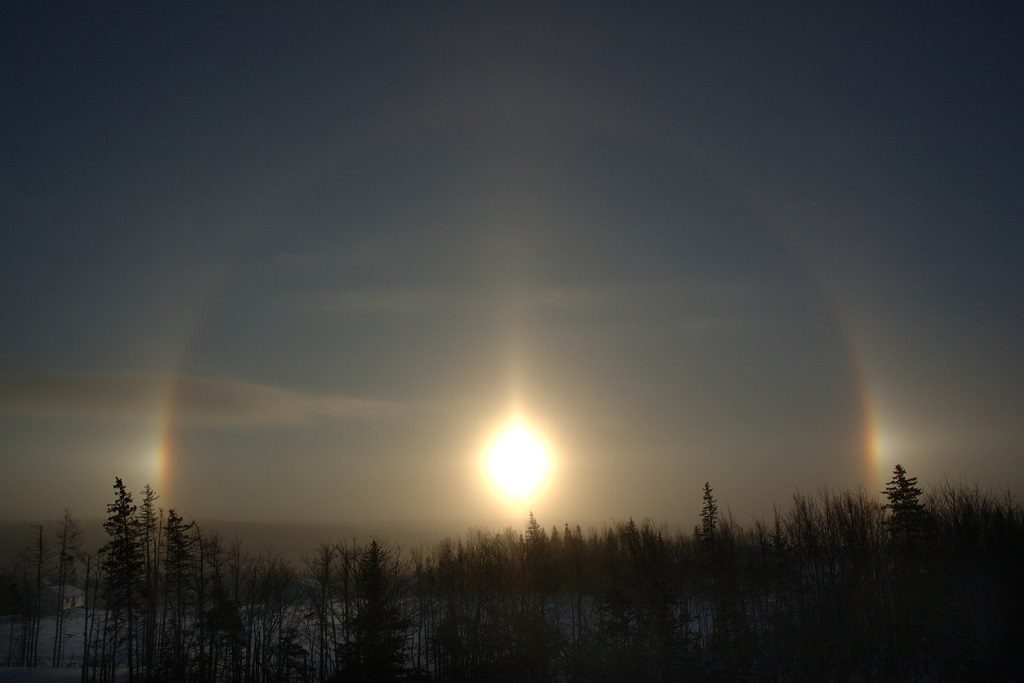 A sundog, also known as a “mock sun” is a natural phenomenon. It is formed when a concentrated bright spot is seen on one or both sides of the sun. They occur due to the refraction of sunlight through icy clouds. The sundogs form at 22° from the sun and are more frequent than many of these other natural phenomena. 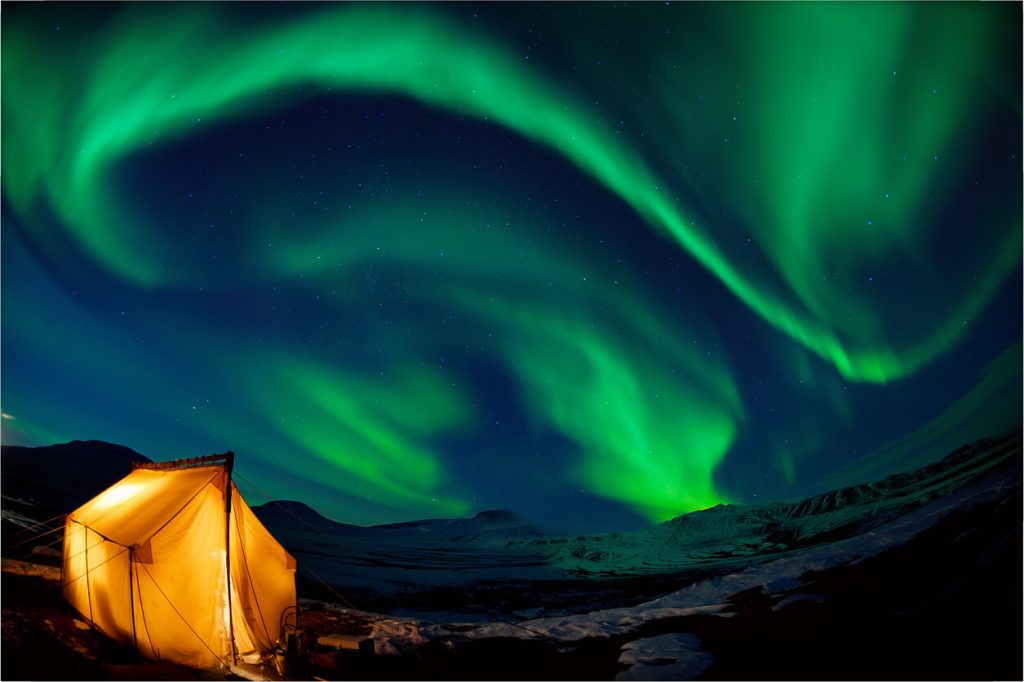 The mesmerising polar lights are perhaps better known as the Auroras (the aurora borealis – northern lights – and the aurora australis – southern lights). Occurring high in the atmosphere, this incredible light show occurs when electrically charged particles released from the sun enter the earth’s atmosphere and collide with gases in the air. The resulting bursts of light are a true wonder.

Also Read:  When and Where To See the Northern Lights 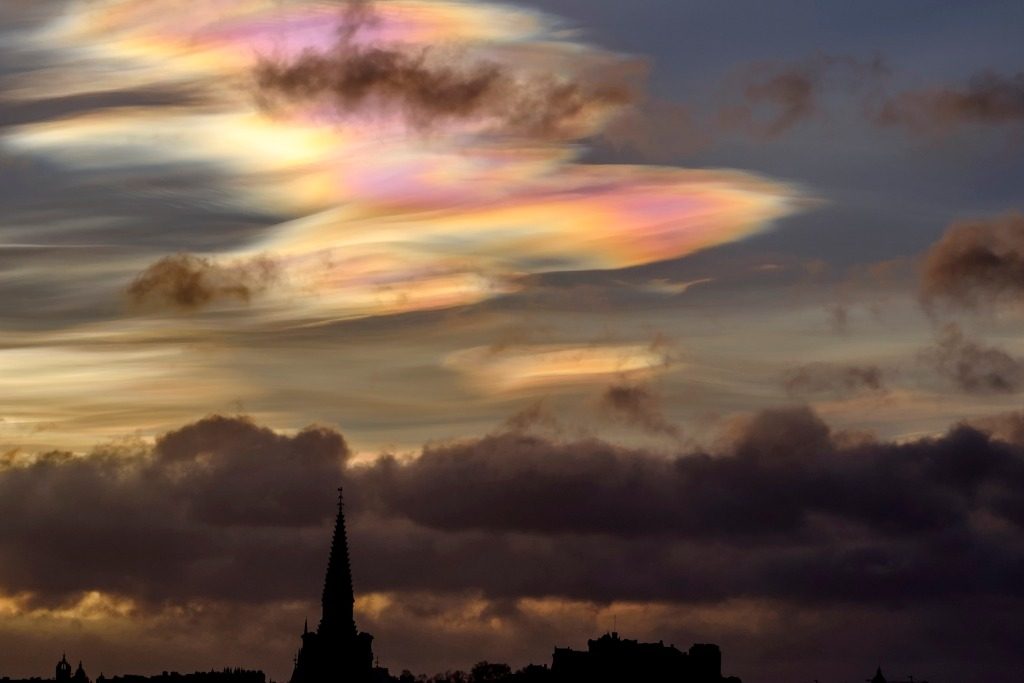 Nacreous Clouds, which are also known as polar stratospheric clouds, are usually spotted in the polar regions, high up in the atmosphere, where the air is cold and dry. The setting sun lies lower than the clouds, creating a colourful iridescent shine as they reflect sunbeams back. These clouds are also known as ‘mother of pearl clouds’ and are only seen at the twilight hours of dawn and dusk. But, despite their beauty, they actually harm the ozone layer. 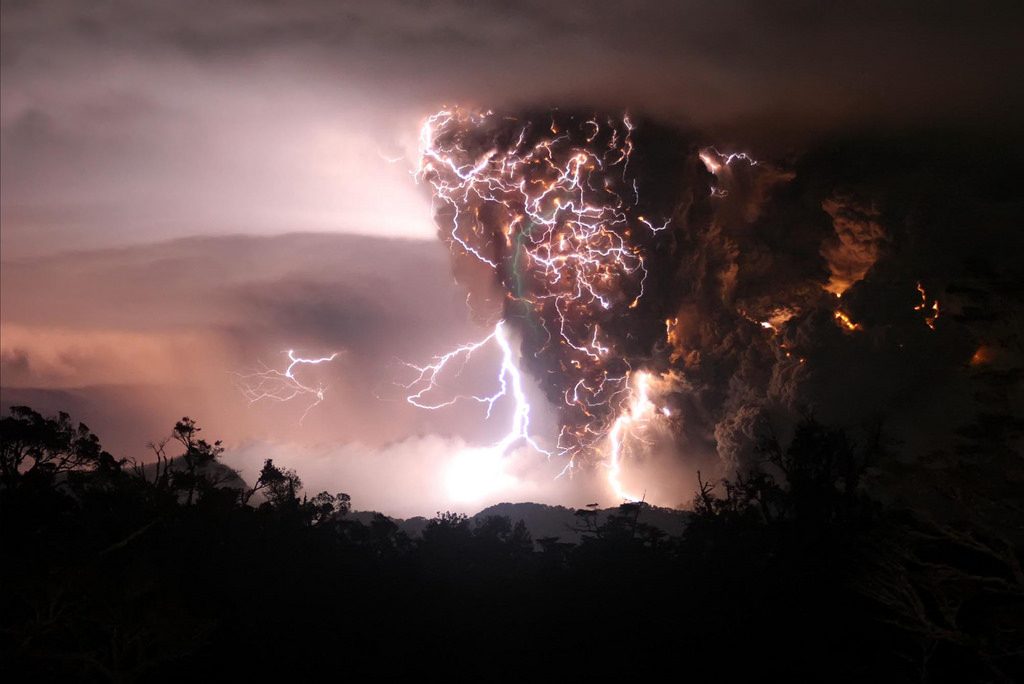 Dirty thunderstorms, also known as volcanic lightning, is a crazy phenomenon where volcanoes actually produce lightning. It occurs when lightning is produced in a volcanic plume during an eruption. The ash picks up extra friction, creating static electricity that creates the spectacular lightning. 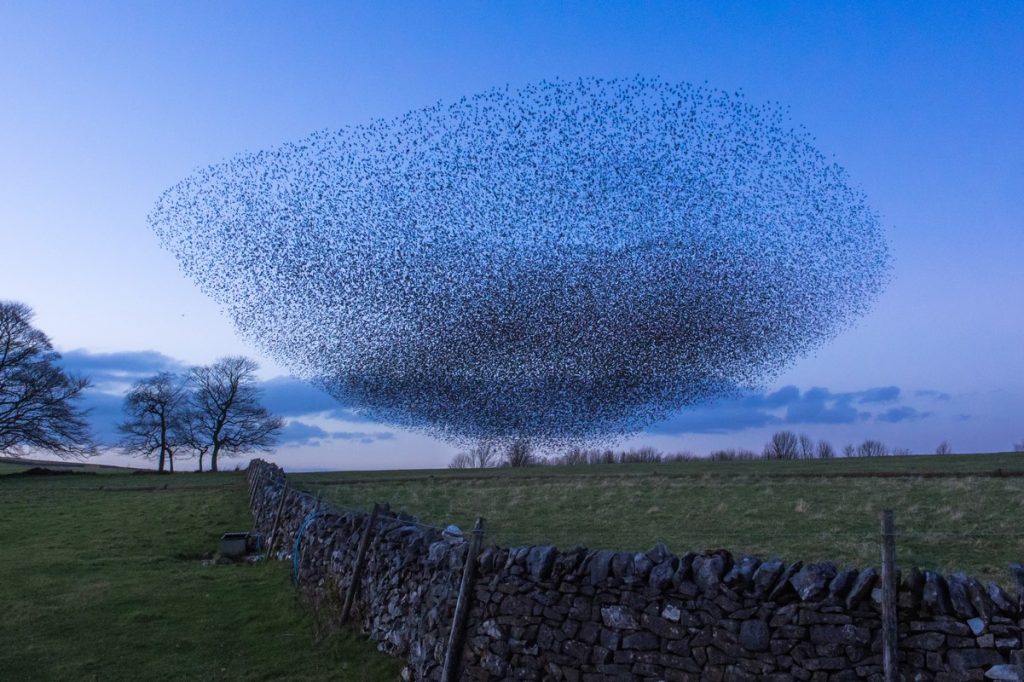 Starlings may be tiny birds, but each year over 50,000 of them come together in mid-winter in a murmuration. Often termed the “black sun,” huge flocks of starlings create this incredible dance of complex choreography and coordination. They form amazing shapes in the sky, that can be seen in Europe, especially in the UK. 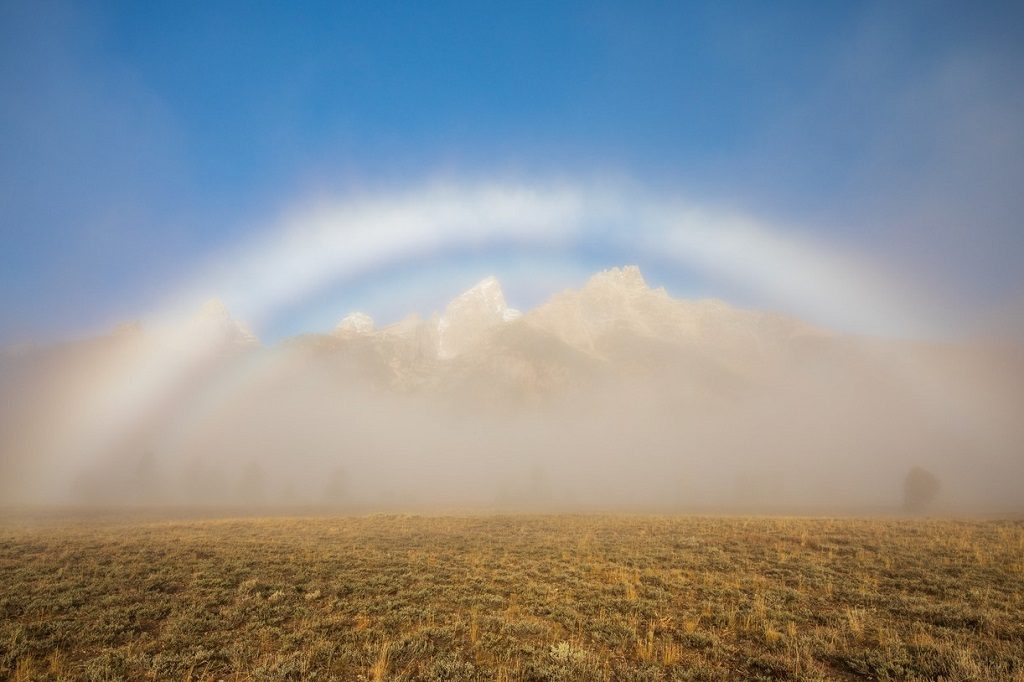 Much like fire rainbows, halos are created when ice crystals form in clouds high above the surface. They allow the light to bend into a perfect ring. When there is a lot of fog, or the light comes from moonlight rather than sunlight, a unique white rainbow (or a fogbow) is created. When it’s formed due to fog, the edges are tinged red, and the bow appears white or slightly blue. 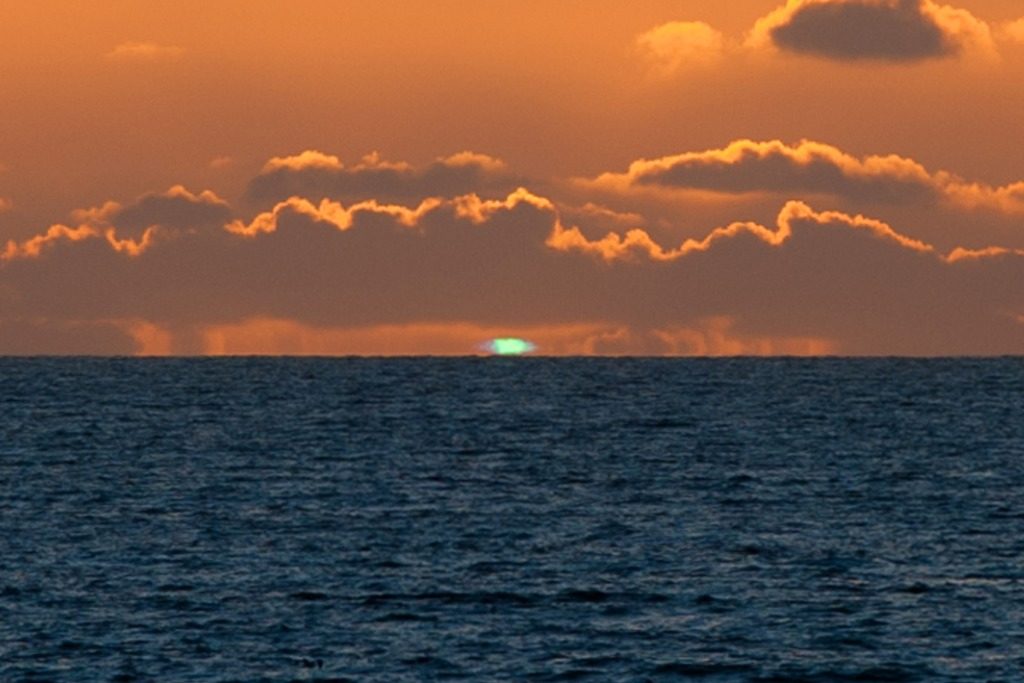 Popularized in the Pirates of the Caribbean film series, green flashes are actually a real natural phenomenon. It occurs just after sunset or right before sunrise when sun’s rays are bent by the Earth’s atmosphere. While it only lasts for a few seconds and is seen as a colourful haze on the horizon, rather than a green ray shooting up from the sun, it is still quite an amazing sight.

Are there any other spectacular natural phenomena in the sky that we’ve missed? If so do share them in the comments below.