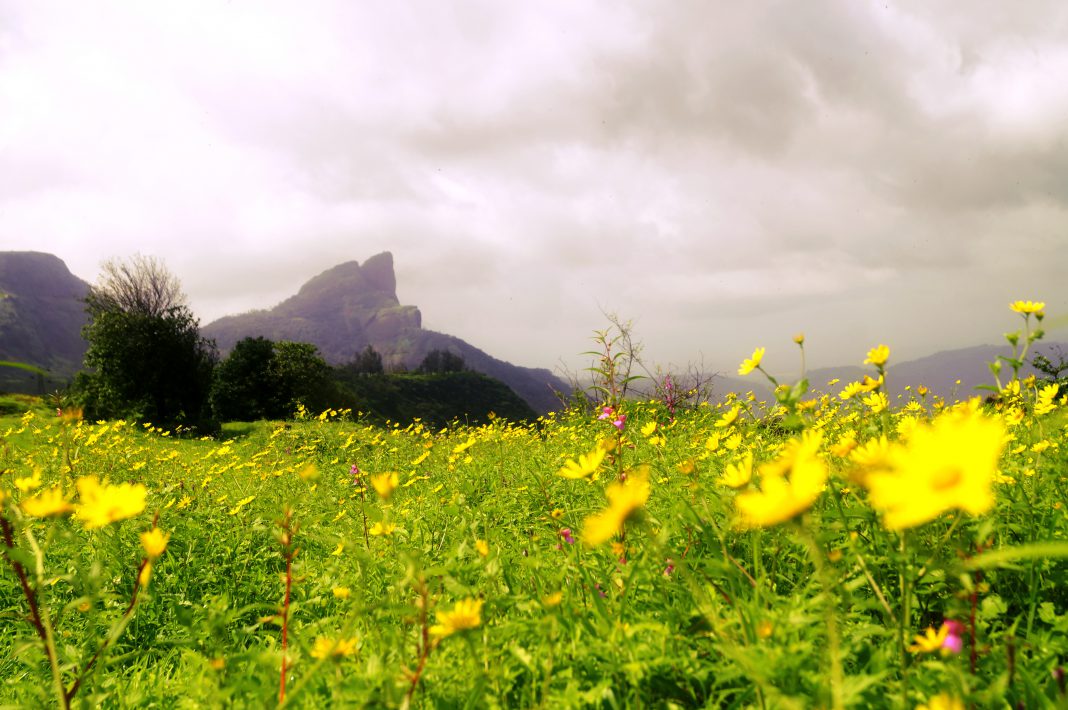 Babe, I said excitedly to the bestie, we’re going trekking this Saturday! But where and why, answered the sleepy voice. Somewhere near Panvel and because the owner of the trekking company is super cute. The voice brightened up, yup, good reason to go. So what do we wear? Saturday, and the Kalavantin Durg Trek, dawned to us super excited, ever enthusiastic buddies setting off. Our shoes matching our bags and everything we needed, right from soap to sanitizer to perfume and food, not to forget wine stuffed into our overloaded bags like we were out forever instead of just one night as scheduled. 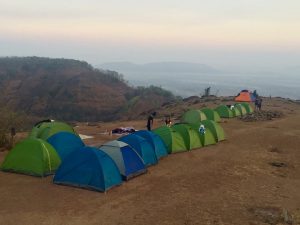 By the time we got on the bus, we were already exhausted. You see, our poor bodies do try hard to match to our ever youthful souls but at times we can hear them signing divorce petitions if we pay close attention. We ignorant newbies also finally learnt that Kalavantin Durg is a steep hill (fort) whose base is located in a small village called Prabalmachi. The only way to reach there was to trek from Thakurwadi village. 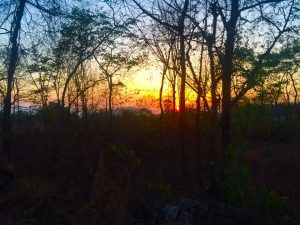 The sun set, as the group of 20 odd people started climbing. 500 meters and all we could think was which stupid impulse did we have to kill or whose neck had to be strangled for agreeing to such an idea. Pitch dark, with only our mobile torches to help, the aches and cramps soon gave way to a dull throbbing pain as we continued our ascent. The bottle of wine in the bag seemed a welcome motivation to battle the weariness as we glowed now with sweat and not makeup and the well thought of clothes also soon found their way off to cope with the unsympathetic heat.

We realized why our guides had asked us to carry lots of drinking water and eat well before ascending the hill. Good quality shoes essential else you may slip which would be dangerous. The trekking to Prabalgad Fort and Kalavantin Durg cannot be done alone, and you need to take the help of a guide, who is well experienced as the path to reach the top is complicated, and you may lose your way. 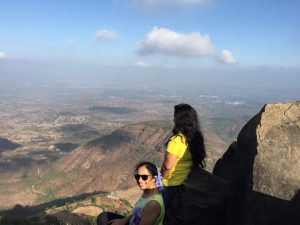 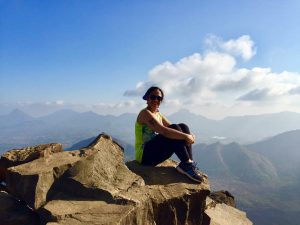 The shiny green tents seemed like a mirage in the desert as we slumped down to hog the local home cooked food served to us. A few more selfies as the band started playing and we huddled around the campfire. The warm glow enveloped us into a numbness as we drifted off in a haze of music, inhaling the sweet scent of the smoke and openness. Fellow travellers turned into friends as laughter took over and stories were exchanged, each more interesting than the other. Sleep finally decided to be the dominant factor before we could stretch ourselves further, making sure we submitted to its demands.

We woke before sunrise, under the dark skies and set off for the next leg of our trek. The second patch for Kalavantin hike is vertiginous, as the rock-cut steps are very steep and are the only way to climb the Kalavantin Pinnacle. There are no railings or support while ascending or descending thus makes it the hardest part of the trek.

The journey seemed like a forest from Game of Thrones as stone carved steps loomed like dark shadows making our bones and muscles plead for help as our brains refuse to listen. Major battles started raging as compatibility soon turned to rebellion as each organ went into a panic zone and each body part accepted its inevitable destruction. The heart pounded harder, reminding us we were not as young as we felt and requested, pleaded and finally gave up as we continued upwards.

The final climb to the pinnacle seemed impossible but not one to give up we pushed each other up to breathe in the awesome spectacle that we had only imagined lying in front of us. Awestruck, we both sat down hand on each other’s shoulders, glad we were stupid enough to follow our souls and reach this heaven, smiling like kids, happiness radiating like an aura while the rest of our body anticipating the downward climb went further off in depression.