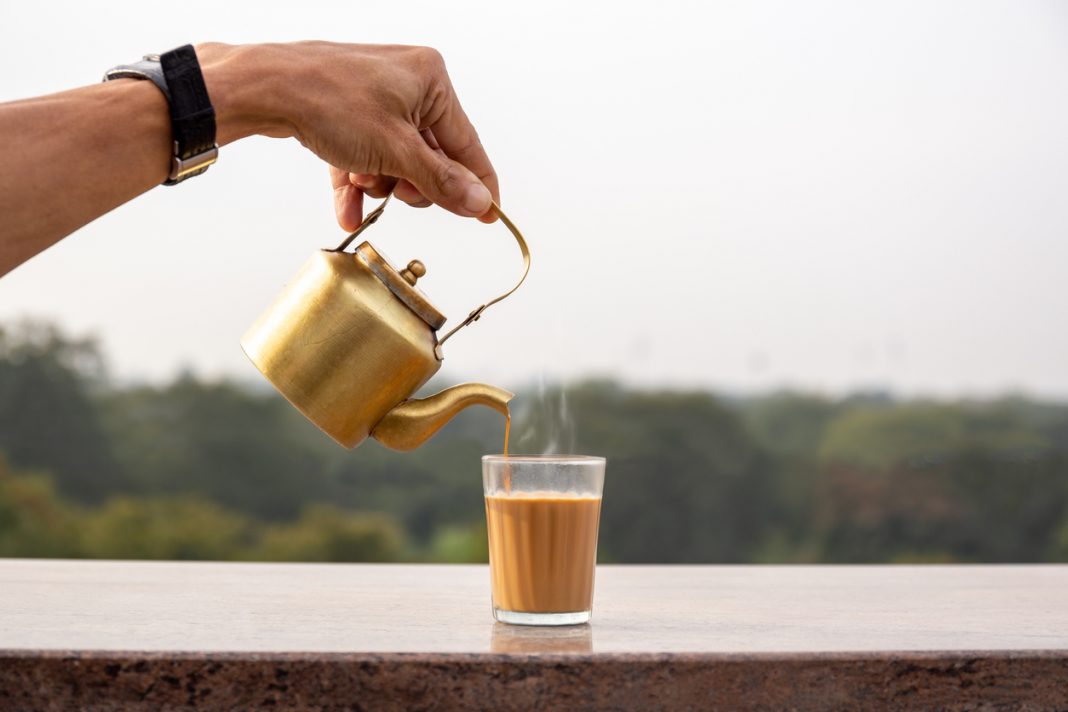 Tea is the second most-consumed drink in the world; the first being water. What began as an ancient tradition in south-west China in 27 BCE, brought around different traditions from across the world, along with unique flavours. Today, after China, India is the second-largest producer of tea in the world. India is also the largest consumer of tea, where 70 per cent of the produced tea is consumed within India itself. This soothing, healthy, and easy to make beverage is prepared in different ways across the world. There are also different kinds of tea. We’ve compiled a list of the many ways teas from India itself differ from each other.

Types Of Teas From India:

There are several varieties of tea available across the world. These are based on:

a) The region where the plant is grown.

b) The time of year the tea was harvested.

Each type of tea has its own unique taste and health benefits. Listed below are the most popular and best types of teas in India.

Prepared from buds and immature tea leaves, white tea is the purest and least processed of all teas. It has a light colour and a subtle flavour. Harvested in India, Sri Lanka and China (oolong and yellow tea), white tea is appreciated by tea connoisseurs for its unmatched subtlety, natural sweetness and delicate flavour.

This popular Kashmiri tea preparation, noon chai or sheer chai, is a traditional tea beverage that is also served in many parts of Rajasthan and Nepal. This type of tea from India is mostly known for its distinct pink colour. Noon chai has a delicate taste and is prepared by brewing tea leaves along with cardamom and baking soda until it turns a bright pink colour. It’s usually accompanied with local bread.

Gur gur chai, or butter tea, is famous in several Himalayan regions, including the Indian areas of Ladakh and Sikkim. Made with yak butter, tea leaves and salt, this thick and creamy tea is the star of Tibetan culture. This salty tea from India is said to provide the calories required to survive living at high altitudes, as it is considered one of the best antidotes to dehydration and cold.

Another popular Kashmiri preparation, Kashmiri kahwa is a traditional fragrant green tea with a  subtly sweet flavour redolent with the smell of cinnamon. It is prepared by boiling green tea leaves with a range of whole spices such as saffron, cinnamon, and cardamom. Crushed almonds are also added, making this perfect winter tea from India to be enjoyed with light snacks.

Another popular variety of tea is green tea, used in Indian medicine with a long list of health benefits. Green tea is prepared from harvested tea leaves that are heated by pan-frying or steaming, and then dried to prevent over-oxidation. You may also find some loose green teas scented with flowers or mixed with fruits to create scented or flavoured teas. Simple green tea has a clean and delicious taste. It is also one of the best Indian teas.

Considered to have originated in China, black tea is stronger in flavour and more oxidized than oolong, yellow, white and green tea. Fresh, large green leaves from Assam are those that are mainly used for black tea. It can be had with milk and sugar.

Herbal teas are infusions of spices in hot water and served hot. Herbs and spices like ginger, lemongrass, knotgrass, coriander seeds, long peppercorns, cinnamon and cloves, peppermint are mixed with lemon or flower infusions like hibiscus. These usually cover a variety of health benefits from thoracic to stomach ailments. The most popular herbal teas are usually  peppermint tea to settle your stomach, echinacea tea to improve immunity, parijat leaf tea for coughs and colds and giloy root tea for immunity.

Regional Types Of Teas From India:

Assam and Darjeeling tea from India are well known around the world. But there are many other exquisite teas in India from many other regions too. Check out various regional Indian teas:

More than half of all Indian tea is produced in Assam, and it is known for its brisk and malty black tea. It was discovered in 1823, and today Assam teas and blends are popular worldwide as breakfast teas. The tea plants are grown at or near sea level (in the lowland region of Assam) on either side of the Brahmaputra river (giving it that full-bodied malty taste) and have different varieties—from chocolate to tobacco. Most teas from Assam have broken leaves suitable for infusion into a strong cup of tea; however, there are full unbroken leaves too that are surprisingly gentle.

Also Read: Assam tourism – An enthralling experience for those who love nature

Known as the Champagne of Teas, Darjeeling tea has much lighter muscatel and floral notes. From the northernmost district in West Bengal, India, this tea is unlike any other black tea in the world. Compared to Assam, Darjeeling tea has small buds as well as leaves. It is primarily sold as black tea, but is also available as green, oolong and white tea. Darjeeling tea is best served with cookies or biscuits.

Nilgiri tea is a dark, strong and intensely aromatic tea from plantations on the southern part of the Western Ghats mountain range in India. Spreading across the states of Tamil Nadu and Kerala, the Nilgiris is the third biggest tea-producing area in India. Owing to its rich flavour, it is often included in many black tea blends and is said to have less caffeine than Assam, or even Darjeeling. Nilgiri tea is prized among India’s most popular caffeinated exports and is known for its flowery notes and copper colour.

Kangra in Himachal Pradesh produces one of the finest varieties of regional Indian teas. Kangra tea, although lesser-known, has a similar flavour to Darjeeling, but brews stronger. It has smaller tea buds and leaves and is more uniquely fragrant with a distinctively earthier taste than Assam tea. Popular estates in Kangra are at Palampur and Dharamshala. Kangra tea is available in black and green tea varieties.

A Few Of The Top Tea Brands In India:

The teas from Organic Tea are authentic ones harvested with the help of small family farmers who cultivate thousands of acres of sustainable organic farmland across India. Along with their signature tulsi teas, they also offer caffeine-free options like Tulsi Ginger Turmeric and Tulsi Sweet Rose.

Tea Trunk was founded in 2013 by tea sommelier Snigdha Manchanda. This brand sources teas directly from farmers and crafts them into unique blends such as marigold green tea, rose oolong tea and masala chai black tea. They also provide matcha.

Born in 1966 at a tea taster’s chamber in Kolkata, Taj Mahal Tea is India’s first premium tea brand. It sources their teas from the tea gardens of Assam, Darjeeling and the Nilgiris. Taj Mahal offers loose teas, whole leaf tea bags as well as a Gourmet Chai collection, with flavours such as Karipatta Delight and Mint Masala tea.

This gourmet tea brand was founded in 1981 by master tea taster Sanjay Kapur. Today, the brand has a tea gallery in Delhi and sells 75 varieties of tea, including award-winning Indian varieties such as Sleeping Beauty Tea, and a Lavender White Tea.

Which Of These Indian Teas Would You Pick?

When it comes to tea, it’s all about the flavour you like. And you’re spoilt for choice between the many varieties, black, green, white, oolong and whatnot. Let us know if you’ve tried any of these teas from India.

Also Read: Meet The Chai Couple That Has Travelled To 23+ Countries!