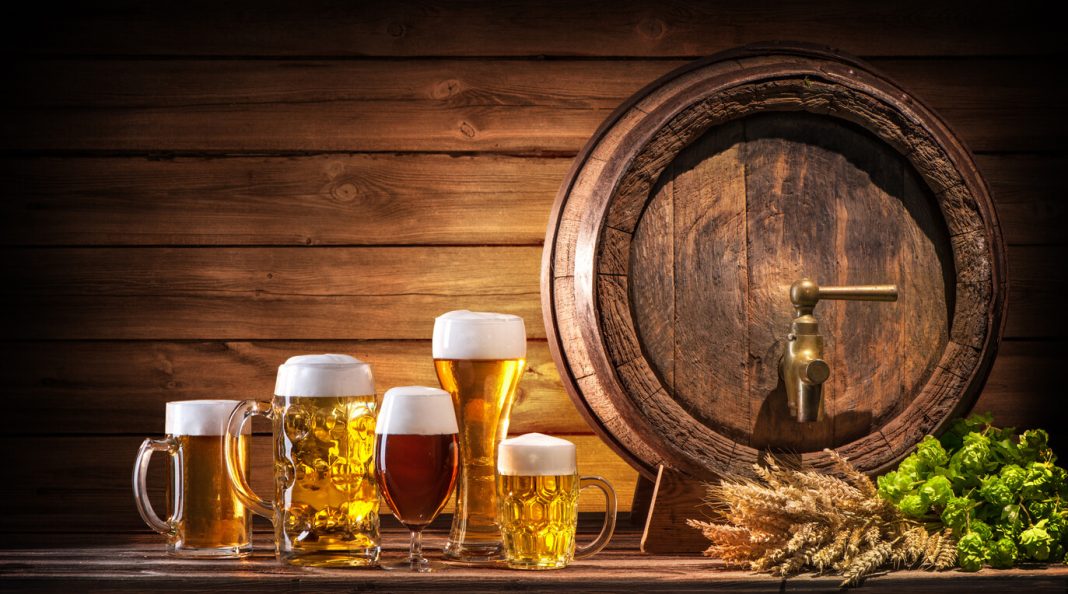 With International Beer Day looming ahead, we bring to you some of the best beers from around the world. What’s the best way to unwind after a long, tiring day? If drinking a refreshing mug of beer is your answer, then this list is ideal for you. We’re introducing you to some of the most exotic beers from different countries that are simply divine! Each of these beers is brewed in its own way resulting in a heady concoction that is unique to every country.

This world-famous stout beer has been around since 1759! Guinness is synonymous with Ireland. No points for guessing that it’s one of the most successful beer brands worldwide. Its flavour has a characteristic tang which is derived from malted barley and roasted unmalted barley.  Fun fact, the thick creamy head that Guinness is renowned for comes from mixing beer with nitrogen and carbon dioxide.

Can you believe that beer makes up nearly 75% of Japan’s alcohol market? Which is why it comes as no surprise that delicious pilsner lager’s like Sapporo are as famous as they are. Sapporo is actually the oldest beer in Japan and is everyone’s first choice because of its easy drinkability. Variants of Sapporo beer you could try out include black lager and chocolate beer. Sounds delicious, right?

If you’re thinking about alcohol in France you’re probably envisioning glasses of red and white wine paired with some exotic French food. However, beer in France is also its own speciality! Biere de Garde is a traditional, top-fermented pale ale. It is brewed in the Nord-Pas-de-Calais region of France. Popular brands of this pale ale include Trois Monts and Jenlain among others.

Beer has a huge impact in the Caribbean country of Jamaica. Red Stripe is an especially beloved lager. It is full-bodied with a butterscotch flavour and a smooth post palate sensation. The ingredients that give it its delicious taste include Pilsen Malt, Hops and Cassava Starch. Its variants include Red Stripe Lite, Red Stripe Lemon Paradise and Red Stripe Sorrel.

Craft beer in Italy has slowly become extremely popular in the country. Ever since 2008, thousands of breweries specialising in exquisite craft beers have sprung up. There are so many Italian craft beers you could sample, but Collesi should definitely top your list. It was awarded the best dark beer at the World Beer Awards in 2018. The beer is brewed in a charming medieval town called Apecchio in the Italian countryside.

Any beer lover would be familiar with Heineken, the pride and joy of the Netherlands that has found a fan base around the world. Heineken is a pale lager beer and tastes like the archetypal lager with a strong, bitter taste.

The most popular beer in Norway is a pilsner that originated from central Europe. A really interesting variety of this is called Juleøl that is usually brewed during Christmas time. This dark, rich, malted beer is found in many bars throughout Norway and is especially strong. Pro-tip, the Juleøl at bars is much stronger than the ones you find at supermarkets!

Kölsch beer is a light beer that is brewed exclusively in Cologne, Germany. It is traditionally served in a tall, thin, cylindrical 20-cL glass called a Stange. The European Union has ensured that the beer is brewed only within the city of Cologne. To do so, the product has a protected geographical indication within Europe. The Kölsch style of beer is fermented with ale yeast but then finished in cold temperatures like a lager. Therefore, what you finally taste is an interesting mix of a lager and an ale!

In the spirit of International Beer day, here are few interesting facts about the history of beer and how brewing came up about in the first place!