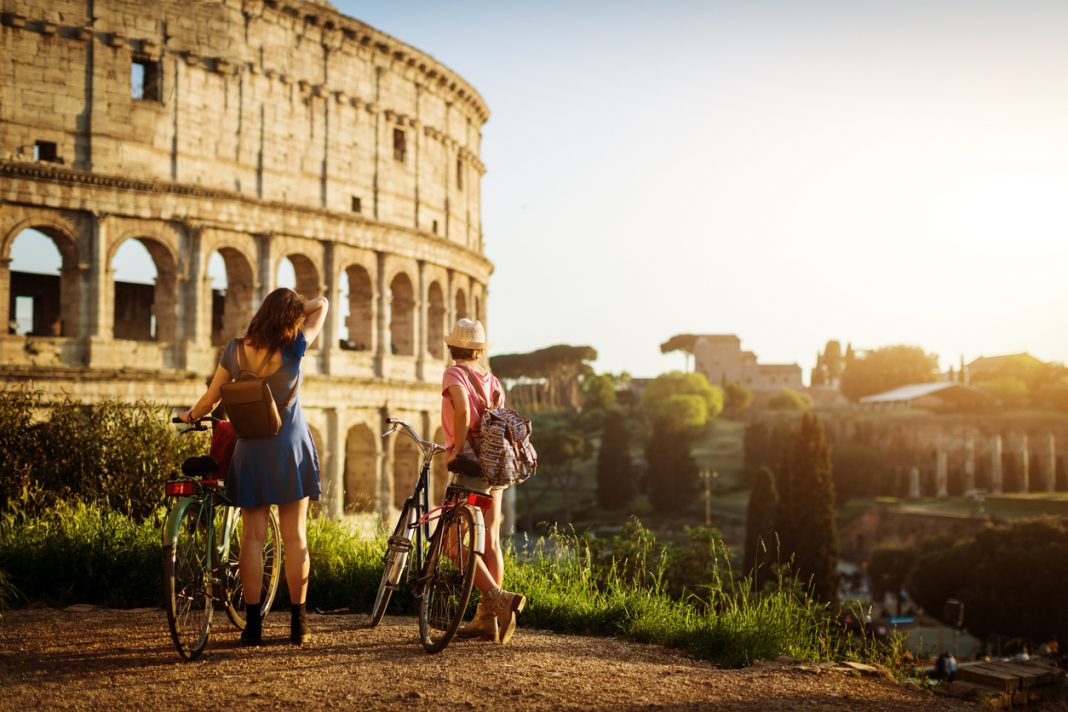 Rome is one of the most popular destinations in Europe. There is always lots to do and see in this city that is filled with a host of historic sites. However, there are also many wonderful places to see in the surrounding Lazio region. just a day away from the crowds of Rome. Here are 12 of the best day trips from Rome: 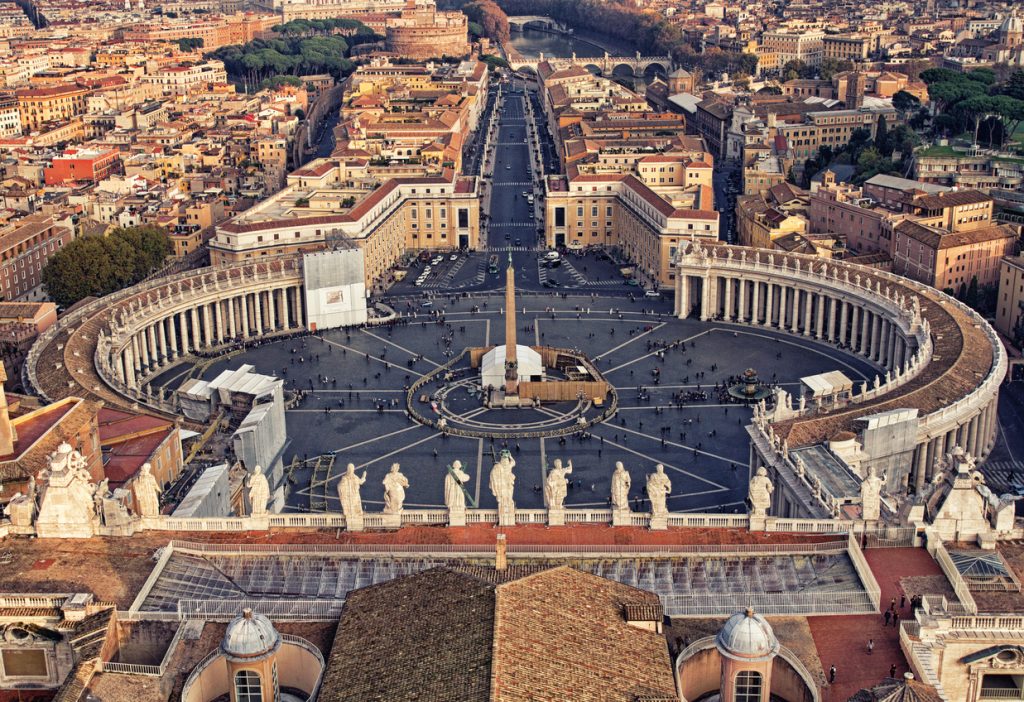 Though it sits within Rome itself, the Vatican is its own country. The residence of the Pope, it packs quite a punch when it comes to history and culture. With monumental churches, lavish decorations, and celebrated art, it is incredible to behold. Located near the Borgo and Prati districts, much of Vatican City can be seen in one day. 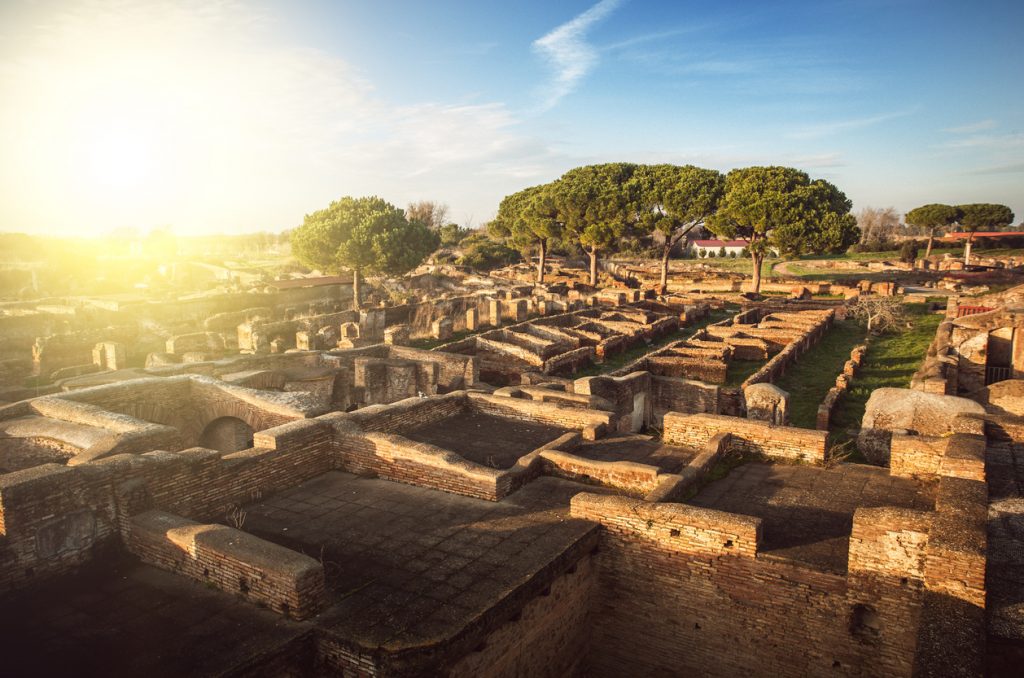 This ancient settlement lies just 30 km from Rome. Often said to be a smaller version of Pompeii, Ostia Antica was once a bustling seaport. It is now filled with remarkably well-preserved ancient ruins. Don’t miss the Terme di Nettuno complex of baths, and the amphitheatre 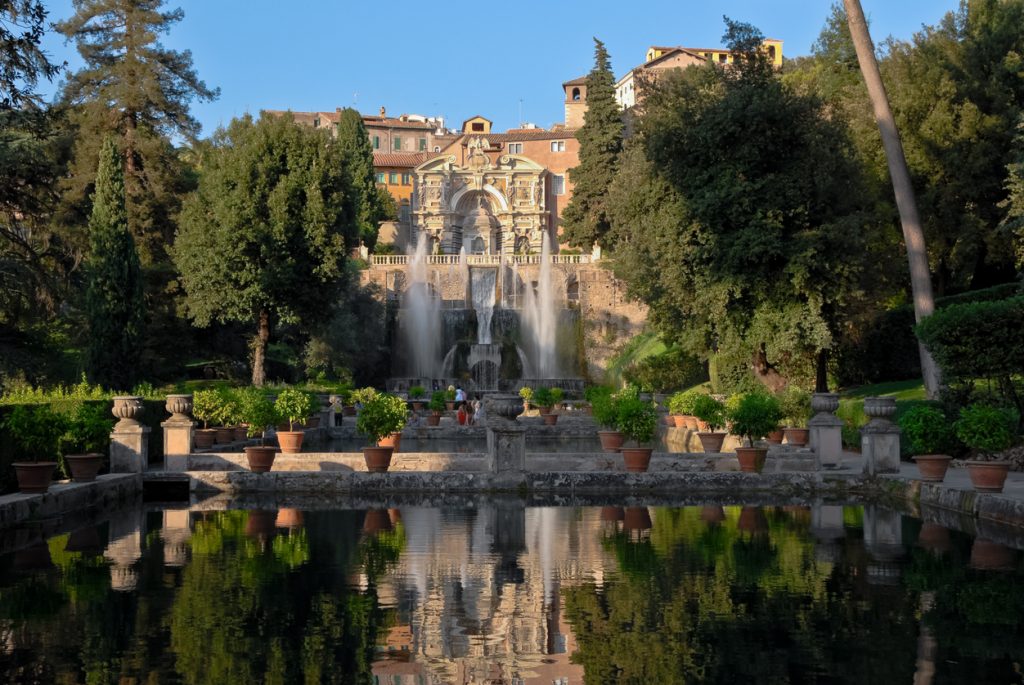 The city of Tivoli also lies just 30 km from Rome. This town is famous for its two ornate and well preserved Roman villas – Hadrian’s Villa and Villa d’Este. Emperor Hadrian’s colossal country estate is full of gnarled olive trees, temples, and towering ruins, while the Villa d’Este is a stylish Renaissance villa and has beautiful gardens, as well as dozens of elaborate fountains

Located between Rome and Florence, the town of Orvieto lies atop a cliff. Its narrow medieval roads are lined with shops and restaurants. But the main attraction is the magnificent Gothic Cathedral of Orvieto, with its wonderful facade, and frescoes by Luca Signorelli.

Nearby, in the Umbria region of Italy, is the town of Assisi. The birthplace of St Francis it boasts one of Italy’s most unique Basilicas. You can also visit the Temple of Minerva and the People’s Palace. The region is also known for its delicious  truffles and olive oil 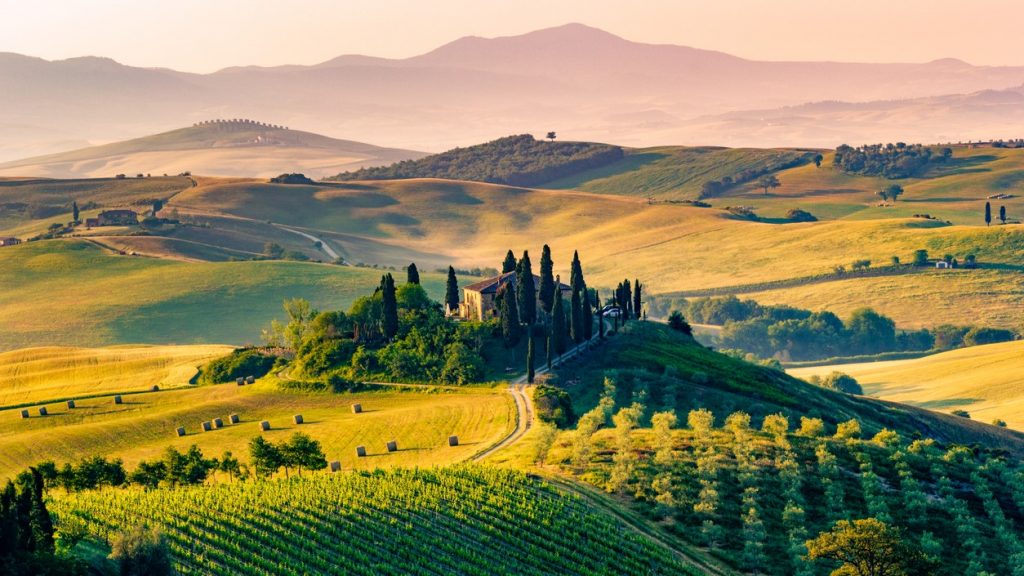 In another neighbouring region, Tuscany, you can find the Val d’Orcia. This beautiful valley is famous for its many vineyards and olive groves. You can drive through the rolling hills and visit the many towns nestled within Val d’Orcia, such as Pienza and Montalcino. 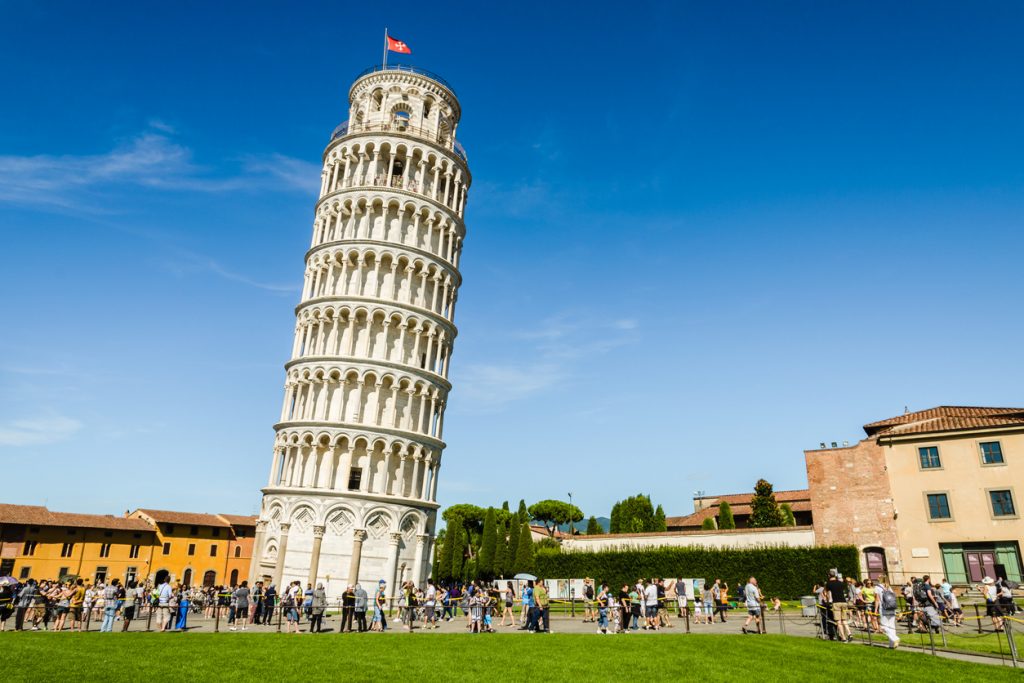 Pisa is perhaps most famous for its Leaning Tower. This 12th-century tower lies in the Piazza dei Miracoli and has continued to tilt since its completion in 1372. There are also many other historical sites in Pisa you can explore

The city of Siena is also full of exciting historical and cultural sites. Visit the Piazza del Campo at the heart of the city, the Siena Cathedral, and the Torre del Mangia a medieval belfry.

Set along the Amalfi Coast, in the Bay of Naples, Sorrento is a picturesque resort town with breathtaking views of the Isle of Capri and Mount Vesuvius. Its narrow streets and alleyways are full of quaint shops and cafes. Don’t forget to try the regional favourite, limoncello (a lemon based liquor)

Also along the Amalfi Coast is the city of Naples. Just 2 hours south of Rome, this city is famous for being the birthplace of the traditional pizza, as well as or having numerous cathedrals, churches, castles, and museums. 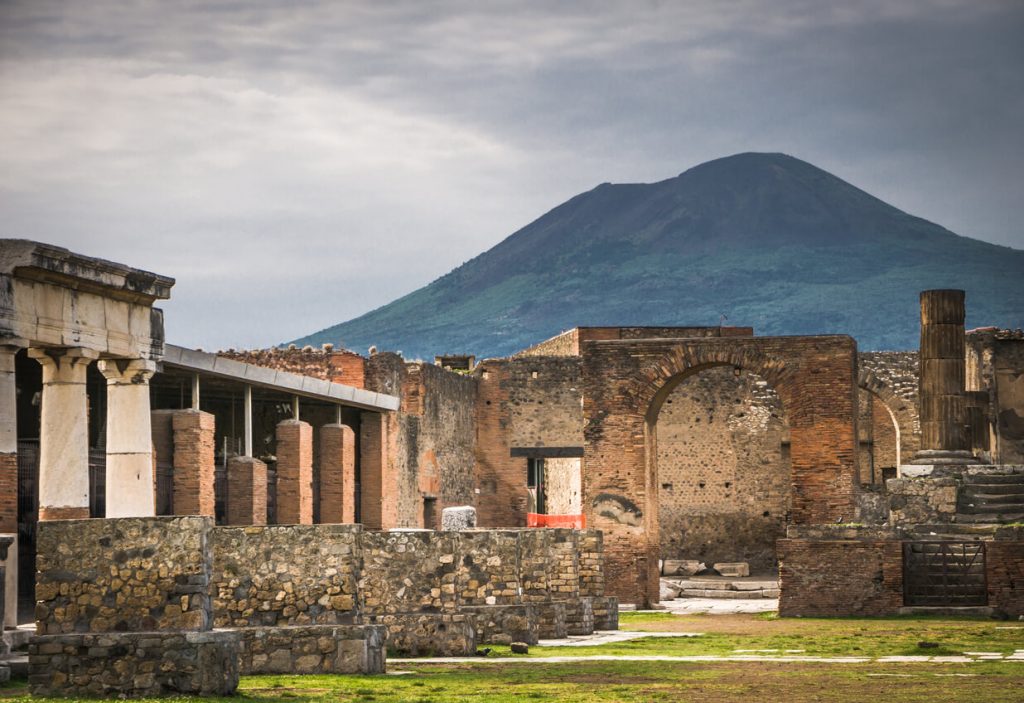 Close to Naples lie the famous ruins of Pompeii. One of the oldest historical sites in the world, Pompeii was perfectly preserved in volcanic ash when Mount Vesuvius erupted in 79 AD. You can explore this Ancient Roman city, or even take the time to climb up Mount Vesuvius itself. 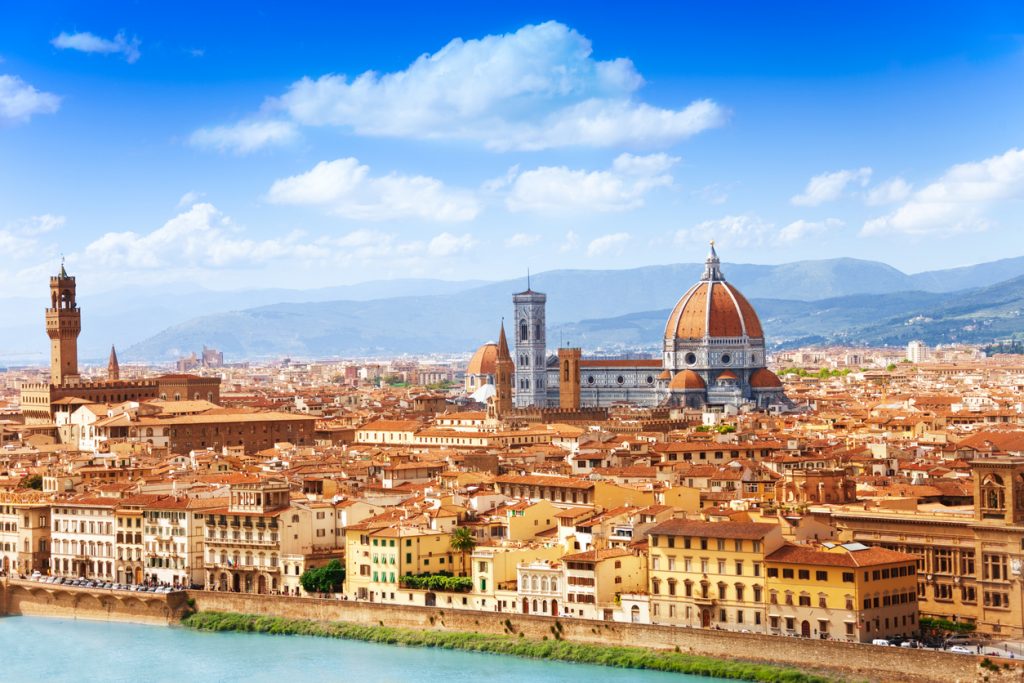 Florence lies in the Tuscany region, and is famous for its many Medieval and Renaissance treasures. Just an hour and a half away from Rome, this city is perfect for both art enthusiasts and food lovers. Here you will find magnificent cathedrals and fascinating museums, as well as delicious Tuscan food.

So, have we missed any of your favourite day trips from Rome? If so, be sure to share them in the comments below.