More
Home Topics of Interest Travel Updates Where Can You Find The Biggest Cats In The World? 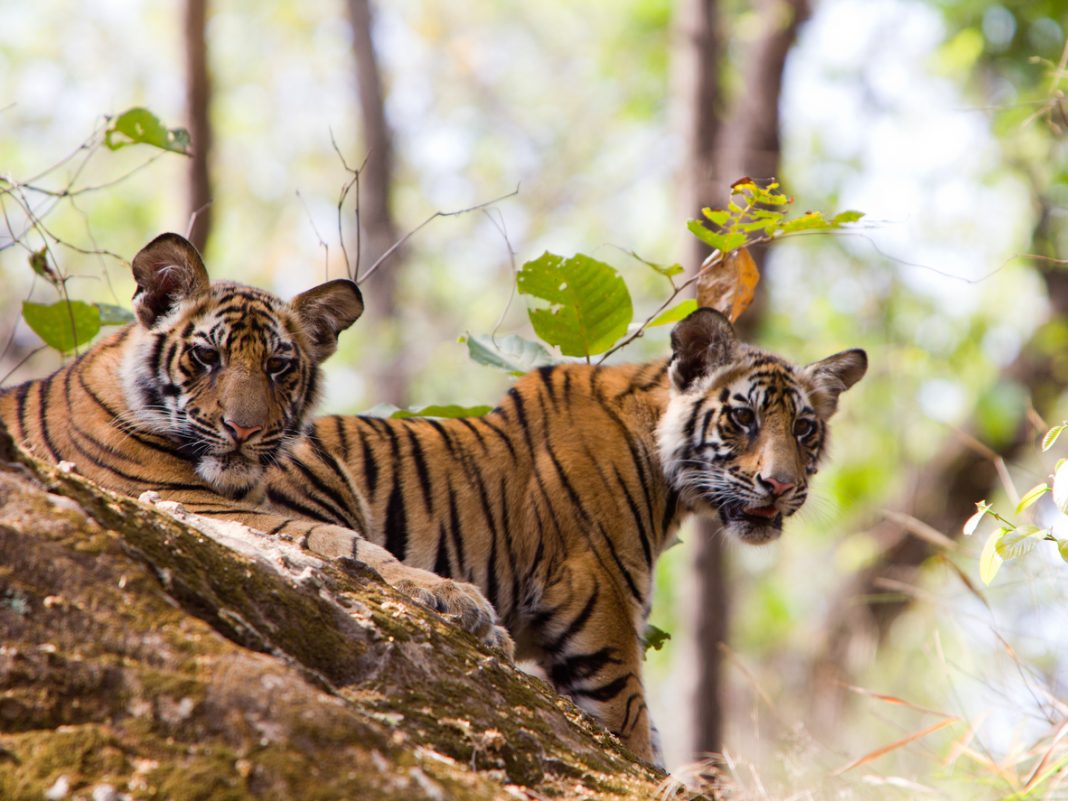 Has binge-watching ‘Tiger King’ fascinated you enough to want to find out more about the biggest cats in the world? If yes, you’ve come to the right place! While there are 38 species of cats on the planet, the term ‘big cat’ is usually used to refer to five living members of the genus Panthera, namely lion, tiger, leopard, snow leopard and jaguar. However, a more liberal and extensive definition of the term also includes species outside of Panthera, including the clouded leopard, cheetah, Sunda clouded leopard, and sometimes several species of lynx. The big cat family, from the enormous tiger to the slight, tree-dwelling clouded leopard, represent some of the most majestic animals on Earth. The main difference between the cats is the sounds they make: while the smaller cats purr, big cats (with the exception of cheetahs, lynx, and snow leopards) roar. They can be found all around the world in habitats as varied as mangrove swamps in India to wooded forests in the western US. Their killer instincts and majestic appearance make them one of the most feared apex predators in the world. Check out this list we have compiled for you to know more about the biggest cats and where you can see them in the WILD.

1. Third Largest In The World: Jaguar

Known as the world’s third-largest cats, after lions and tigers, and the largest big cat in the Americas, the jaguar is the most water-loving cat in the big cat family. This majestic beast lives in different types of habitats, from dense jungles to shoreline forests. It hunts an array of prey from small alligators to deer and even sloths on river banks. Its unique spotted coat provides perfect camouflage against the dappled light on the jungle floor.

Where: Brazilian Pantanal beside riverbanks.

The cougar, commonly known as mountain lions or puma, are solitary big cats. They usually prefer habitats like prairies, forests, deserts and swamps. These fierce and graceful top predators can even prey on large animals like elks and moose. Their powerful build, large and muscular hind legs, contribute to their remarkable jumping power. One of the biggest cats in the Americas, cougars also have the skill of climbing trees early in their lives.

3. Smallest Among The Largest: Leopard

The jaguar and leopard’s physiques might look similar, but in reality the leopard is smaller and lighter. Additionally, their spots are smaller and more densely packed than those of the jaguar. Known for their agility, leopards have the widest distribution range of all wild cats. They can be found  throughout Africa and Eastern and Southern Asia. These fast-paced animals are the most beautiful and cat-like in their movements and behaviour. Also known to be powerful swimmers, leopards are solitary, reclusive, and nocturnal by nature. But what enables them to exist side by side with lions and hyenas is their ability to climb, which is the reason why they are often found resting high up on trees, all four legs and tail dangling.

The biggest cat in the world is the tiger, with Siberian males usually weighing up to 300 kgs (661 pounds). According to WWF, tigers can further be divided into subspecies: the continental (panthera tigris tigris) and the Sunda (panthera tigris sondaica). Owing to uncontrolled poaching and loss of natural habitat, it is also the most endangered big cat. According to WWF, there are fewer than 4,000 left in the world today. Like most big cats, tigers are ambush hunters. Known to be proficient swimmers, they don’t live in permanent groups. Their vertical black stripes against the tawny-coloured coat break up their shape and help them remain concealed in the forest.

The rarest of all big cats due to the terrain it inhabits, snow leopards represent the ultimate challenge for big-cat lovers. As the name suggests, these majestic beasts are high-altitude predators and are mostly natives of snowy and rough mountainous regions in South and Central Asia. Their body has evolved to live in some of the harshest conditions on Earth; their

hind legs give them the ability to leap six times the length of their body while their metre-long long tail provides balance and agility. This powerful build of snow leopards allows them to scale great steep slopes with ease, while their white-gray coat with black spots allows them to blend in perfectly with the steep and rocky mountains of their habitat.

6. King Of The Jungle: Lion

Only the second biggest cat in the world after the Siberian tiger, lions are popularly known as the King of the Jungle. Unlike most solitary big cats, lions are the only big cats that live in groups called prides. They are categorised into two broad types of lions—the African lion and the endangered Asiatic lion. While lions do not rely on camouflage as much as the other big cats, their tawny-coloured coat allows them to merge well with their sandy habitat. Because of the lion’s specialised structure of vocal chords, its roar is the most famous and can be heard up to five miles away.

Where: Kruger in South Africa, Serengeti in Tanzania, Maasai Mara in Kenya. For the Asiatic lion, Gir Forest National Park in India.

Known as the fastest land mammal in the world, the cheetah is the most endangered big cat. It can reach speeds of 60 or perhaps even 70 miles (97 or 113 kilometres) per hour over short distances. With its long legs and very slender body, a cheetah is built for speed. Unlike other big cats which fall under panthera, the cheetah has its own genus—Acinonyx. It does not have retractable claws like the other cats. A cheetah’s undercoat ranges in colour from a light tan to deep gold and is marked by solid black spots. These spots are not open like the ones found on a leopard or jaguar, which is one way to quickly identify the cheetah.

Known as one of the ancient cat species, the clouded leopard is the smallest member of the big cat family. They are found in the cloud forests of Southeast Asia and are considered to be an evolutionary link between the big and small cats owing largely to their small stature. Due to their  habitat, they have large, dexterous paws with special footpads for gripping branches, making them the best climbers among big cats. In fact, clouded leopards can even hang upside down from large branches, using their large paws and sharp claws to anchor themselves. The clouded leopard has the largest canine teeth (proportionate to body size) than those of any other species of wild cats. Its name comes from the striking irregular dark stripes, spots and blotches on its brown or yellowish-gray coat.

Where: Rain forests of Indonesia, foothills of the Nepali Himalayas, forests of Sabah, Borneo.

Dare to Spot These Wild Cats In Their Natural Habitat?

Get up close and personal with the biggest cats in the world! Revered for their majesty, held in awe for their feline grace and their killer instinct, these big cats are favourites amongst wildlife lovers. So, get your binoculars ready and see if you can track their fresh trails, follow the alarm calls of their prey, or bear their deep roar. Tell us about your experiences with these extraordinary creatures in the comments below.

Also Read: How To Be A More Responsible Wildlife Tourist