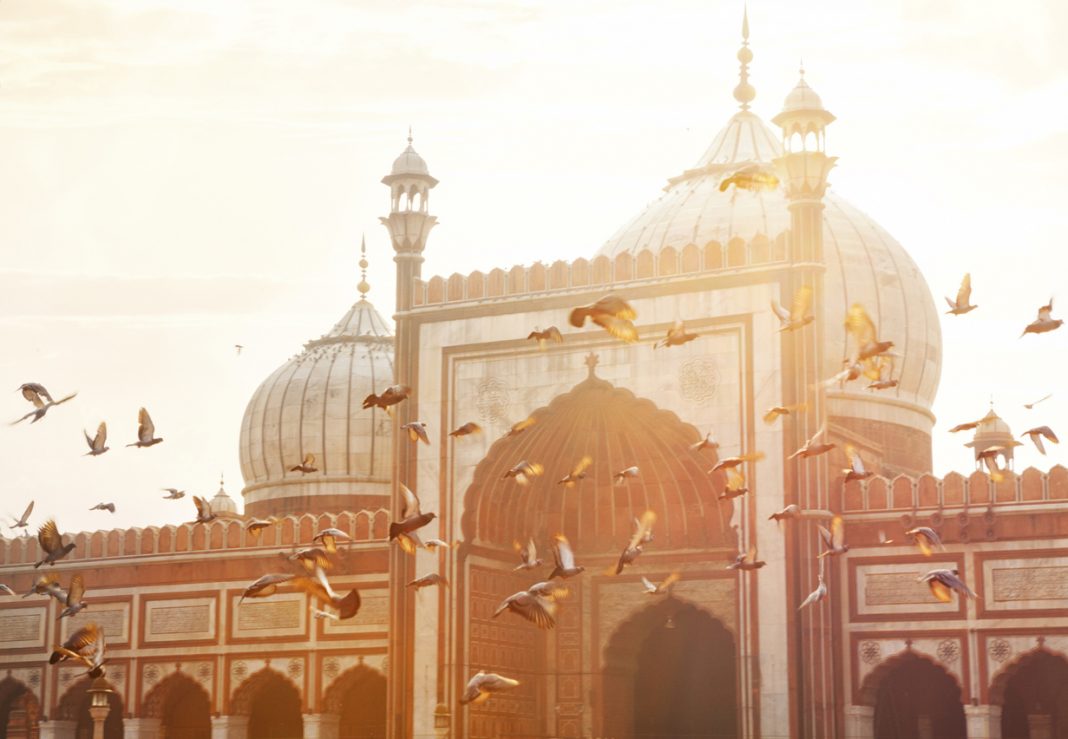 While my first day at Delhi was reminiscing, it was soon my last day at this historical city. As I’ve said earlier, Delhi has a lot to offer. Apart from famous monuments like Rashtrapati Bhawan, Humayun’s Tomb and Jama Masjid, Delhi also has a lot of delicious food and gallis. So, for those who don’t know, a galli is a narrow road set between buildings or houses. We can say Delhi is made up of gallis!

Well, so I got up early even after the first day’s excursion. In fact, I would say the city’s magic made me wake up early. I then had the luck to see the beautiful sunrise from my hotel room’s balcony. That was truly mesmerizing! 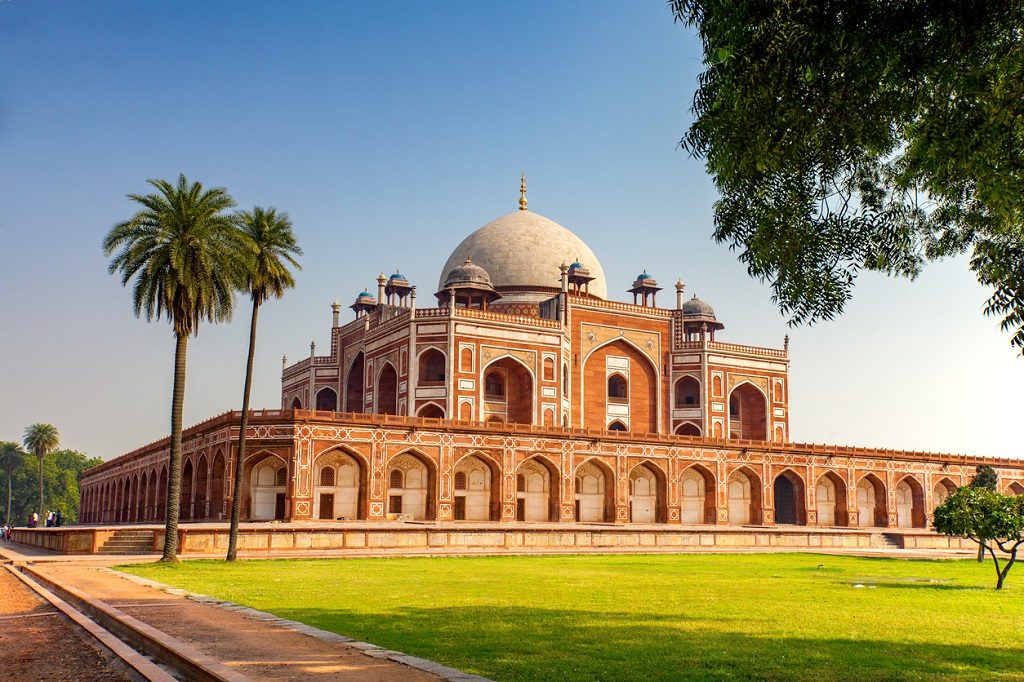 So, after getting fresh I had typical Delhi breakfast at the hotel and set out for the adventure of the day. I had made the cab booking a day before. Well, so I was set on an adventure and my first place was Humayun’s Tomb. This is a quite popular historical monument. It has been well preserved and taken care of. I walked up to the entrance, went upstairs and roamed around the corridors finding a perfect space for a perfect shot!

The layout is similar to the Taj Mahal. Beautifully manicured lawns and views of the surrounding gardens are amazing. It was wonderful to spend some time in this green place. On the way out was another tomb, octagonal in shape, which was under restoration. This was my favourite place that I visited that day.

After this, we headed for the Qutub Minar. It was under restoration but the place was still a sight to see. This place is the best for photos, in my opinion. The signature pose local photographers make you do, is with you holding the tip of Qutub Minar! However, going up the tower isn’t permitted, so that’s a bit of a bummer. 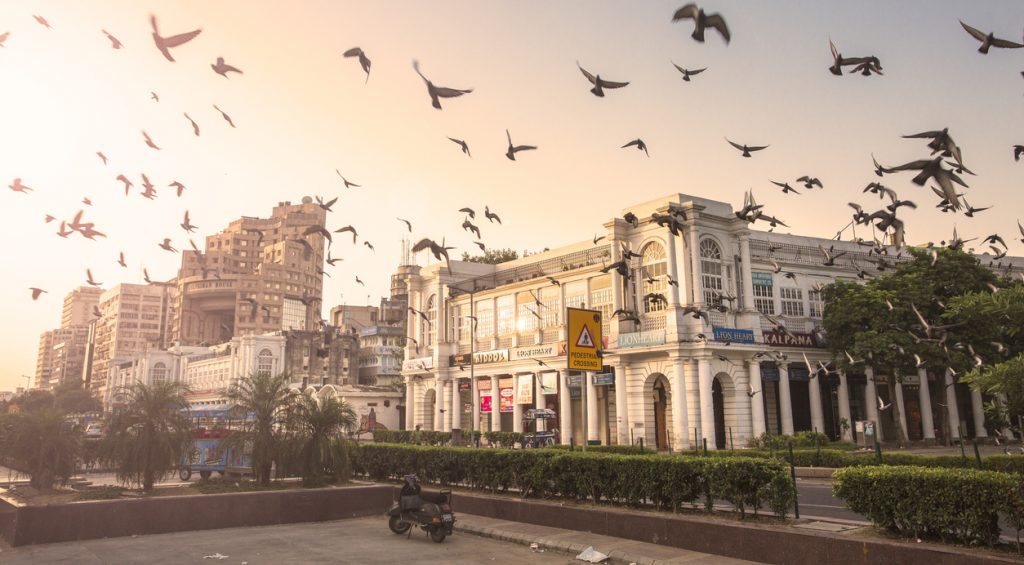 After spending time in historical places, it was time to see what else Delhi had to offer. So we went to Connaught Place, which is one of the largest commercial centers of DelhiThe structure is a heritage building constructed in the early 20th-century that forms two concentric circles. As of now, this place is also the ninth most expensive office location in the world. There is a popular market, and many giant cinemas and luxury theatres in the region. The outer circle also has hotels, shops, restaurants, and the Regal Wax Museum. 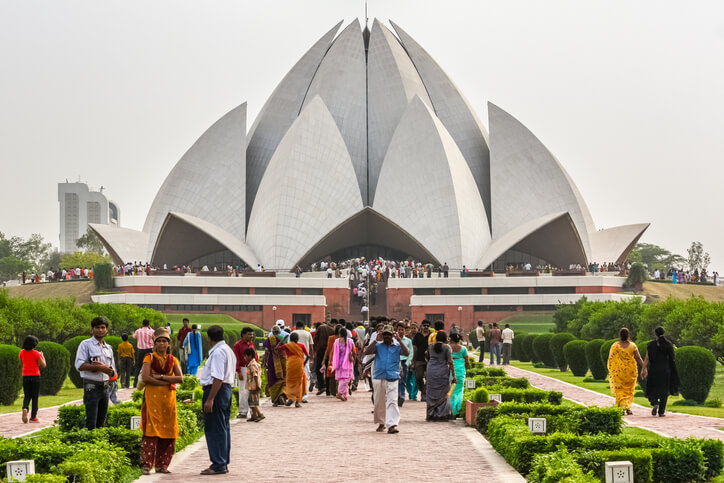 After finishing up at Connaught Place, it was time for something more spiritual. Akshardham Temple is a Hindu Temple with a spiritual campus. The place is perfect for sightseeing, exploring and pilgrimage. Located on the banks of river Yamuna, the temple looks at Swaminarayan’s life. The boat ride at this place is mesmerizing.

Another major temple is the Lotus Temple, with its marvellous architecture and its unique lotus structure. It is one most visited monuments of the world. Modern yet classic, the temple has 27 marble petals that form a lotus. The place is perfect to spend some quiet time.

After all the sightseeing, it was finally the time to try some delicious Delhi street food. The famous Parathe Wali Gali had been on my list for a long time, and it was finally time to see what it had t offer. It did not disappoint. The amazing parathas are truly mouthwatering and something every tourist visiting Delhi must try. I gorged myself on the delicious food before returning to the hotel to take my bags and finally say goodbye to this beautiful city. Delhi, you were the best! I hope to see you soon!