More
Home Asia China What To Do In The Enchanting City of Guilin, China 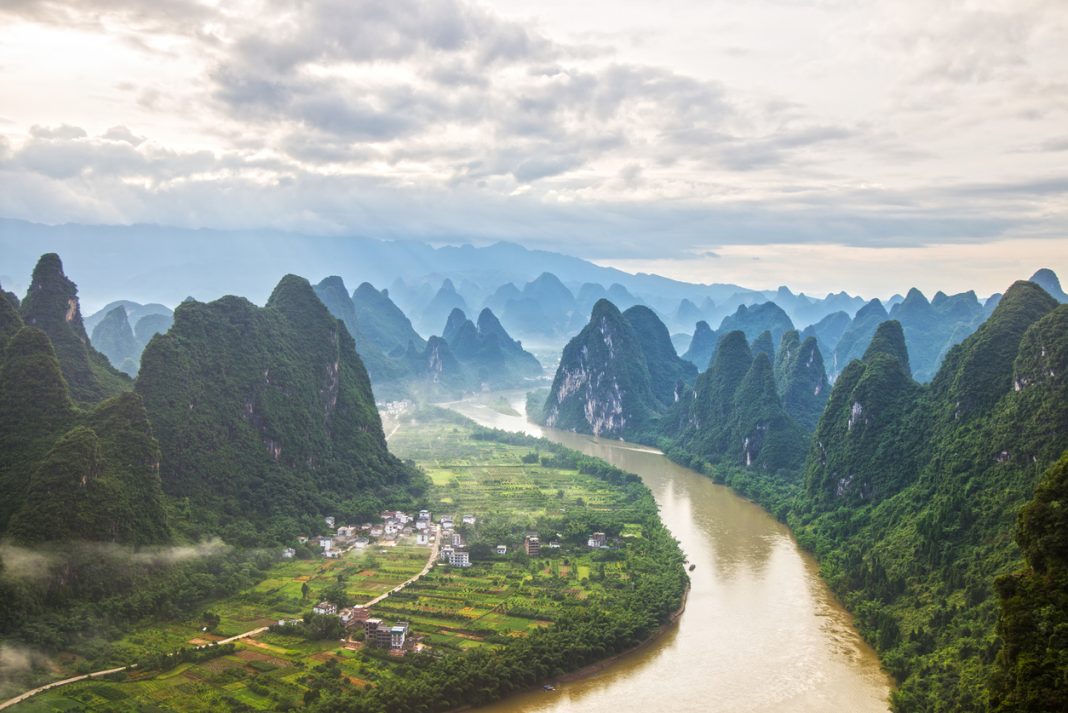 Guìlín (桂林) was China’s first city to develop tourism after 1949. It has long been praised as the most picturesque place in China. Located in the north-eastern part of the Guangxi province, Guilin has been the darling of Chinese politicians as it was proudly presented to the visiting dignitaries.

With the surreal Karst Mountains and the winding Li River as its backdrop, you can visit this charming city any time of the year due to its pleasant subtropical climate. During autumn each year, the sweet osmanthus bloom in the city of Guilin and fill the entire city with its fragrant smell. Guilin literally translates to “forest of sweet osmanthus”. You will be impressed by the green Karst peaks, crystal clear waters, unique caves and the gorgeous cliffs in its outskirts. Yet, it’s not just the stunning landscape that draws you into Guilin, but the profound cultural and historical connotation that add onto the unforgettable experience.

Also Read: 22 Incredible Natural Rock Formations You Have To See

The city is much cleaner than other Chinese cities, has a large number of western-style hotels, is relatively free of air pollution and has a high percentage of English-speaking locals. This is mostly because it gets a lot of its revenue from tourism.

Here is a list of things you should not miss in this beautiful city of Guilin:

Lonji area which about 70 kilometres (40 miles) from Guilin is a vast region of rice terraces stretches layer upon layer, coiling around from the base of Longji (the dragon’s backbone) Mountain as they proceed in tiers down the mountain ridges. Covering the area of 66 square kilometres and an altitude between 300 meters and 1100 meters, these rice terraces vary from season to season.

Just like it’s beautiful scenery, visit this region to experience the culture of Chinas ethnic minorities’. The Zhuang and the Yao communities live here, though mainly it is the Zhuang people. The women dress in unique and colourful costumes and you can join in to enjoy the original Zhuang life and culture. Also, learn to cook bamboo tube rice from the family.

The Li River cruise from Guilin to Yangshuo allows you to appreciate the jade waters and bamboo-lined banks of the Lin River among jutting Karst peaks under the blue sky. This cruise is the centrepiece of Guilin tourism where you get to see the breathtaking scenery along the river and taste of a life far removed from the concrete metropolis. Relax and enjoy the cruise from Guilin to the quaint town of Yangshuo along the Li River. This 83 km long cruise lets you have a glimpse of grazing water buffalo and fishing from bamboo rafts.

Other than the cruise boats, you can also find motorized “bamboo” pipe rafts with seats and a canopy.

At the end of the cruise, almost 90 kilometres southeast of Guilin, lies a very small town called Yangshuo. It is also a perfect place to go for hikes and cycling excursions. Go cycling among the rice paddies and the tranquil villages or even take a bamboo raft on the Yulong River.

Explore the essence of Guilin with over 1,400 years of history and diverse ethnic minority groups. Regarded as one of the most beautiful counties in China, Yangshuo has still kept the original character of the streets. Common sights are water buffalos grazing the rice fields, fishermen fishing with cormorants and women washing clothes by the river.

The Red flute cave got its name from the reeds growing outside the cave, from which flutes are made. This limestone cave with impressive stalactite and stalagmite formations also features a brief laser/light/music show.

Take a stroll around Guilin’s Fir Lake and you will be gifted with elegantly embellishing scenery of the Sun and Moon Twin Pagodas; which also called Gold and Silver Pagodas because of their colours at night. A sight to behold, the Sun and Moon Pagodas are a perfect combination of culture, art, religion, and architecture, technology, and natural landscape.

At 41m high Sun pagoda is 2 stories taller than the octagonal, seven-storey Moon Pagoda. Both pagodas are connected by an underwater tunnel which is 10 m long. While walking through the tunnel, one can see the fish over their heads; or on both sides.

Situated majestically on the western bank of the Li River, the Elephant Trunk hill resembles an elephant drinking water from the river with its long trunk. The huge natural arch is also frequently used as a symbol of the city on travel brochures or books.

Located in Elephant Hill Scenic Area at the confluence of Taohua River and Li River, remember to see the water reflection of a moon-like cave when the moonlight sprinkles over the river. Hence the name ‘Moon over the Water’.

Rising dramatically above the centre of Guilin, this 66m high peak offers spectacular views of the city and its surrounding countryside.  The Solitary Beauty Peak, which is also called Du Xiufeng, is located in the ancient mansion of former Prince Jingjiang in the middle of Guilin City, and covers an area of 6,100 square meters (1.5 acres). Created by Mother Nature, it is known for its sharp precipice.

How about a little exercise? Climb 306 stone steps and on the way up you will find ancient temples and 136 inscriptions. Among these, the oldest one was carved during the Tang dynasty (618-910). There is also one that declares the “rivers and mountains of Guilin as the best under heaven”.

Visit this gorgeous city in Southern China for its dramatic landscapes and do let us know about your experience in the comments below!