More
Home Asia Cambodia Did You Know About The Floating Villages Of Tonle Sap? 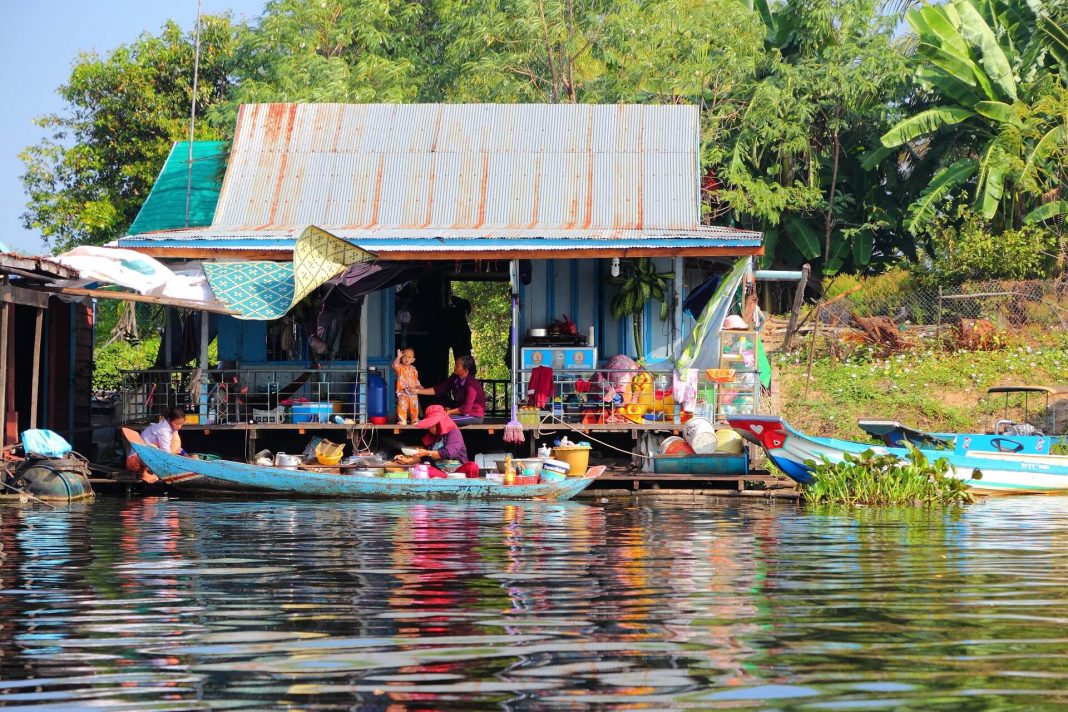 The Tonle Sap, an enormous water body in the Siem Reap province has a complex ecosystem. Spanning over 2,700 square kilometres, it is the largest freshwater lake in the whole of Southeast Asia. Over 300 varieties of fish, crocodiles, and birds thrive in its waters. The surface of the lake is vital for the survival of another kind. It is the one place the dispossessed of the country can call their own.

Most of the lake dwellers are ethnic Vietnamese with roots in Cambodia. During the Khmer Rouge years, they were stripped of their possessions and expelled to neighbouring Vietnam, the land of their origins. The ones left behind were killed. The Khmer Rouge believed that Vietnamese were traitors who would work against the agrarian society they wanted to build. For years, they lived in refugee camps in the border with very little to survive on, although, in hindsight, they were spared the horrors of the forced labour camps the rest of the population was imprisoned in. After the fall of the Khmer Rouge in 1975, many returned to Cambodia. Other than vague ancestral ties, Vietnam had very little to offer.

For the ones who went back to Cambodia, they had no means to prove that they belonged there. The documents they had possessed before being exiled were all destroyed. Without the papers to prove their origins, the Vietnamese had become illegal immigrants on return. Cambodian law stipulates that only citizens of the country can legally possess land. Water, however, has proved to be an exception.

The idea of a home for us humans is a complex emotional entanglement. It can never be the same for two people. Is it where we live? Where our ancestors lived? A place where we feel most like ourselves? For whatever it is that drew them back, many chose to stay behind in Cambodia even though it would have been easier for them to get citizenship in Vietnam. The immigrants built their houses on the water. The multitude of floating houses only increased. Communities began to drift close by. Villages came into being.

A visit to Tonle Sap lake would certainly be worth your time. The floating houses are a testament to how we humans can take the most difficult of spaces and make it our own. The biologically diverse region has a lot to offer if you are inclined towards bird watching. You could opt for guided tours to Prek Toal, the largest waterbird colony in Southeast Asia. It is a day’s trip from the city of Siem Reap. It is also possible to travel to the capital Phnom Penh in a boat but it is advisable to avoid it during the dry seasons since there is a possibility of the boat being stuck in shallow waters.