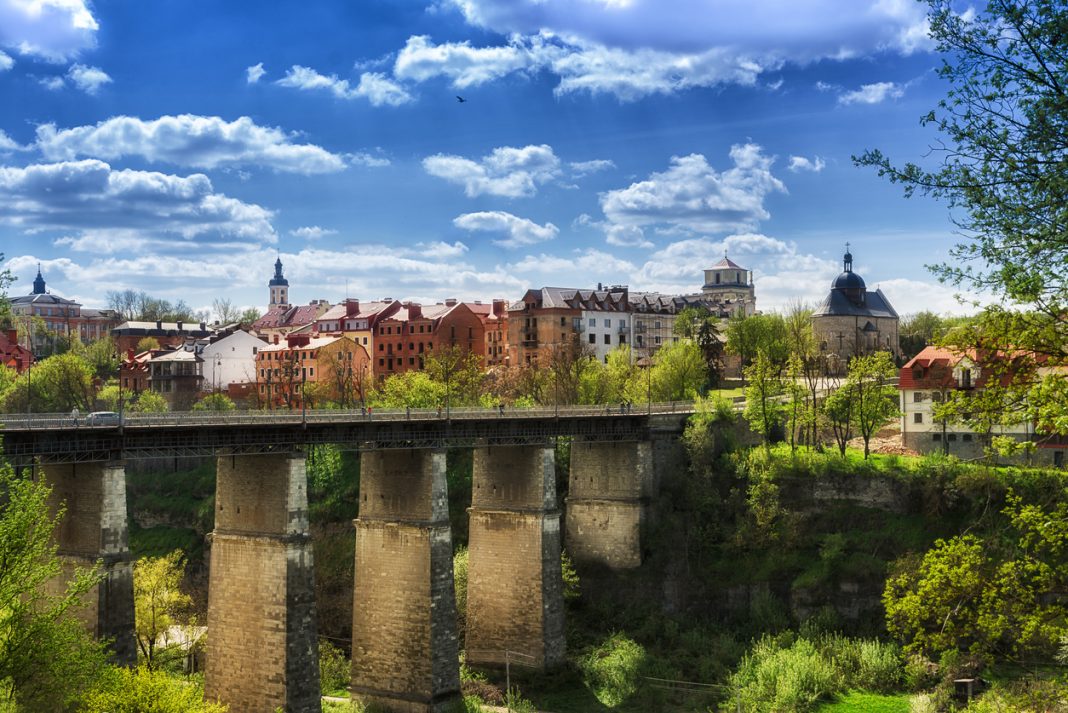 Ukraine is the largest country in Europe (not counting Russia, as it isn’t fully in Europe) . It is full of diverse experiences and colourful traditions. From historic churches to fairytale castles, hiking in the mountains or simply relaxing by the sea, there are lots of places to see in Ukraine. Located to the north of the Black Sea, it shares its largest border with Russia to the east. However, be aware that some areas are unsafe to travel due to threats of violence from pro-Russian separatists, especially Crimea, Donetsk and Lugansk regions. 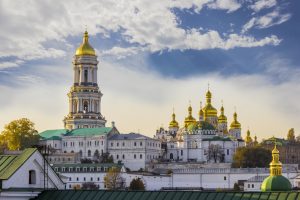 This golden-domed monastery in Kiev’s (or Kyiv) is visited by both tourists and Orthodox pilgrims. Founded in 1051 by the Greek St Anthony, this Byzantine-inspired church is full of catacombs and Scythian gold. It is also said to be one of the holiest places to see in Ukraine. 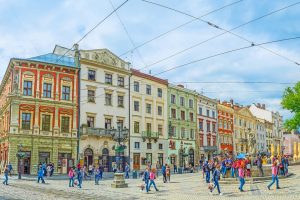 This UNESCO-listed city is full of cobblestoned streets and quaint coffeehouses. With little evidence of Soviet rebuilding, it is still full of authentic Central European charm and delicious food. Check out the old market square of Ploshcha Rynok and the Lvivarnya Beer Museum. 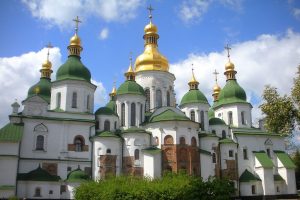 The magnificent Byzantine mosaics and frescoes inside Kiev’s oldest standing church date back to the 11th century. It was built to celebrate the victory of Prince Yaroslav over tribal raiders, and was named after Istanbul’s Hagia Sophia. However, the gold domes and bell tower are later 18th-century additions. Climb to the top to see magnificent views of Kiev.

The Ghost City of Prypiyat 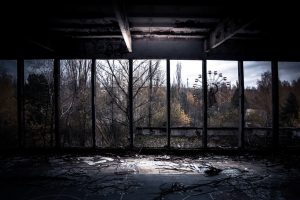 Chernobyl may seem like an unlikely tourist destination. However, a visit to the apocalyptic site of the worst nuclear accident in the world is a thought-provoking one. But, if you plan to visit the area and the abandoned city of Prypiyat, make sure to use a reliable tour and do not stray from the group in case of radiation exposure. 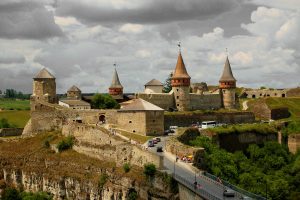 The small island town of Kamyanets-Podilsky has breathtaking views of the Smotrych River. Its Old Town is home to the medieval Kamianets-Podilskyi fortress, which you can access by a narrow bridge. Initially built in the 12th century of wood, it was later rebuilt in stone. The vast fortress is filled with buildings and is a UNESCO world heritage site. There are museums, cafes, towers, prisons and much more to explore. 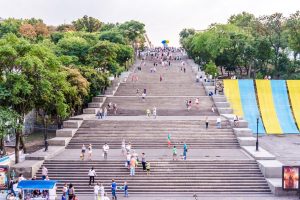 A beautiful seaside town set on the coast of the Black Sea. It is Ukraine’s biggest commercial port and was founded in the 18th century by Catherine the Great of Russia for European Jewish immigrants. The elegant façade of the Prymorsky Boulevard overlooks the bay. It is divided by the famous Potemkin Steps which lead to the sea. On the east is the Istanbul Park, and on the west, the Greek Park. Don’t miss the colourful markets and thriving nightlife. 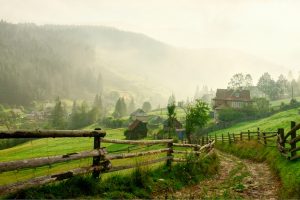 Located towards the southwest of the country, the lush forests and flowing rivers of the Carpathian Mountains are a getaway from the bustling cities. This piece of rural Ukraine is home to the Hutsuls. Their colourful folk culture is visible in the region’s villages, tiered wooden churches, and horse-drawn carts. The mountains are a favourite with hikers, especially Mountt Hoverla, Ukraine’s highest peak. You can also go skiing as many of its peaks are covered with snow for almost half the year.

The Rodina Mat and the Great Patriotic War Museum 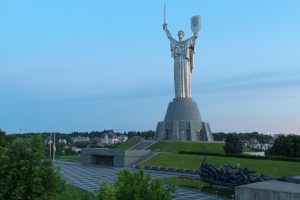 The Rodina Mat (literally “Nation’s Mother”) is a massive monument in Kiev. Located on the banks of the Dnieper River, it id over 300 feet tall and depicts a female warrior raising a sword and shield. It was inaugurated in by Soviet leader Leonid Brezhnev. The base of the monument contains the Great Patriotic War Museum (recently renamed the National Museum of the History of Ukraine in the Second World War). It honours the soldiers who fought in World War II, and those who suffered during the Nazi invasion. 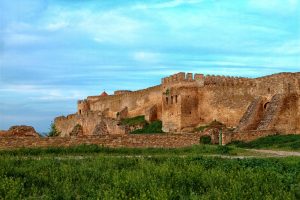 The largest and best preserved fortress in the country the Akkerman Fortress (or the Bilhorod-Dnistrovskyi Fortress) lies on the right bank of the Dniester Liman. It was built between the 13th and 15th centuries by various rulers such as the Moldavians, Genoese and Turks. Its walls run for 2 kilometers, and from them, you have breathtaking views of the Black Sea. 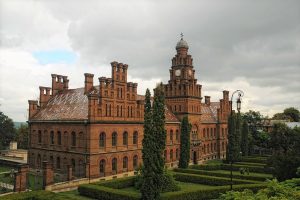 The star attraction of the city of Chernivtsi, it university is a fantastical building. The red brick structure is covered in coloured tiles creating a unique pseudo-Byzantine, pseudo-Moorish and pseudo-Hanseatic style. It was built in the 19th century, when the city was under the Hapsburgs, by the Czech architect Josef Hlavka. 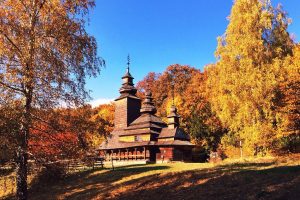 Located just outside Kiev, the Pirohiv Open-Air Museum of Folk Architecture depicts over 300 traditional wooden structures form various parts of Ukraine. The oldest buildings date back to the 16th century; all the wooden churches, cottages, farmsteads and windmills are divided into seven ‘villages’. They represent separate areas of Ukraine. In the summer, numerous medieval themed festivals take place here.

Of course there are lots of other places to see in Ukraine. If we’ve missed out any, share them in the comments below. In the meantime, if you’re planning to visit Ukraine, check out our quick travel guide.