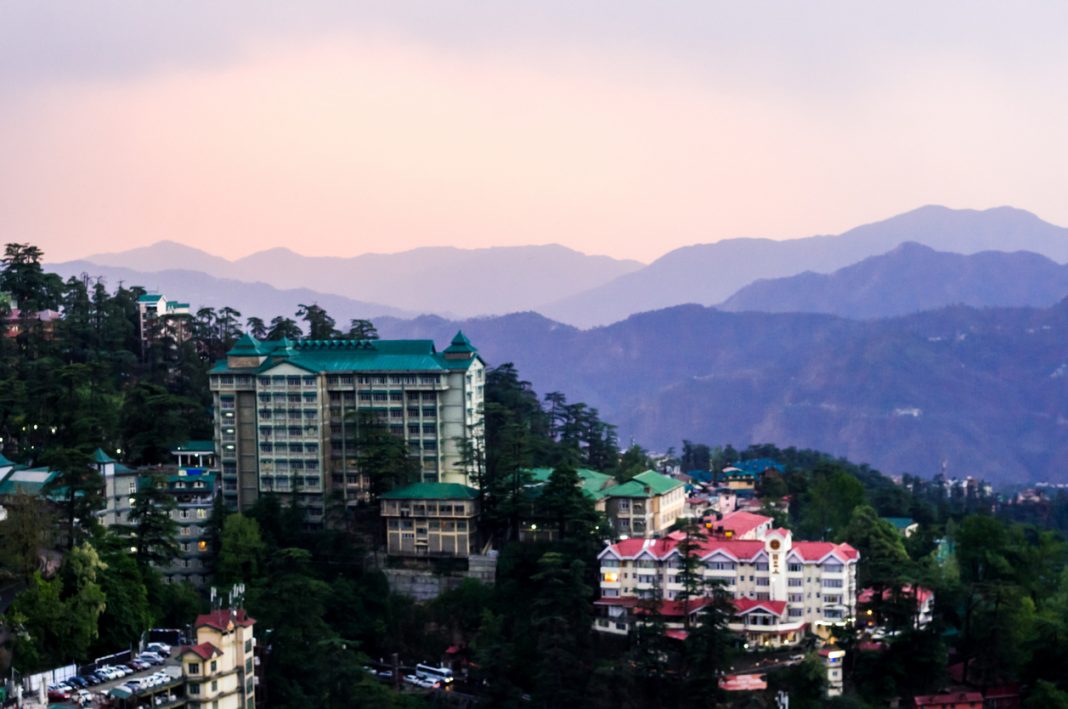 Of all the destinations to visit in India, Shimla is a personal favourite of most people. Filled with snow-capped mountains, lush green valleys, sparkling waters, and vibrant people, there are many places to visit in Shimla.

To get away from the monotonous lives in the city, people often escape to this amazing destination in Himachal Pradesh. It is not just the surroundings but also the amazing and adventurous activities that you get to do here that makes Shimla a very popular destination for holidays.

The amazing landscapes are also perfect for photography lovers. If you want to know what to see in Shimla, then you are at the right place. There is so much to see and do around here, and this travel guide will tell you all about the best places to visit in Shimla. So, why don’t you pack your stuff, book the tickets and start exploring?

How To Reach Shimla

For those who want to visit Shimla, there are many options to get there. Since the place is well connected to all the other regions in India, you can find different transport options that will take you to your destination.

You can easily travel to Shimla by air. The closest airport is in Jubbarhatti which is a drive of just 23km from Shimla. There are flights available from Chandigarh, New Delhi, Kullu, and many other places.

The station Kalka is closest to Shimla, being just 96km away. It is quite easy to get a ride from there and it is where most tourists stop.

Chandigarh and New Delhi are both directly connected to Shimla by road. So, you can drive up to the city and also enjoy the many picturesque sights along the way.

If you don’t want to drive yourself to Shimla, then there are numerous taxi services available which can take you all the way there from places like Delhi.

The Best Places To Visit In Shimla

For all the travel enthusiasts out there, here is a list of the many wonderful places to visit in Shimla. So, are your bags all packed and ready because it is going to be an interesting and fun-filled ride.

The most popular place for shopping in Shimla would have to be Mall Road, which lies at the very heart of the town. The shops here are filled with woollens, shawls, handicrafts, jewellery and so much more.

This large open space at the centre of Shimla lies alongside Mall Road, and near Lakkar Bazaar. To one side are the neo-Gothic Christ Church and the Library. Many fairs and festivals are held in the Ridge, most famously, the Summer Festival.

The imposing neo-Gothic Christ Church near Mall Road is said to be the second oldest church in North India. Don’t miss the beautiful stained glass windows and the large pipe organ tucked away in the back.

Located at a height of 2,455m on the scenic Jakhoo Hill, this temple is known for its massive statue of the Hindu deity Hanuman and the many wild monkeys that roam around the area.

The bustling Lakkar Bazar also lies near Mall Road and has some of the best traditional shops and stalls in Shimla. Here you can find everything from handicrafts and shawls to woollens and jewellery.

This palatial 19th-century house on Observatory Hill was once the summer home of the British viceroys, the Viceregal Lodge. Today, it is a government office, the Indian Institute of Advanced Study, and a museum housing many articles and photographs from the colonial period.

Located where The Ridge and Mall Road converge is the oddly named Scandal Point. The name comes from the story of the Maharaja of Patiala, who is said to have fallen in love with the daughter of the Viceroy, and eloped with her. The anger of the Viceroy apparently forced the Maharaja to move his capital to the nearby town of Chail.

This mock-Tudor palace on Bantony Hill was once the summer palace of the Maharaja of Sirmapur. The estate around the building covers an area of around 5 acres. The castle is set to become a museum housing a variety of artefacts from the colonial era.

This Victorian Mansion on Inverarm Hill near Mall Road houses multiple exhibits of everything from art and artefacts to coins, sculptures, dolls, traditional garments and more. There is also a library with over 10,000 books, journals, and magazines.

Set amidst a thick forest just outside the town is the Tara Devi Temple. Dedicated to the goddess Tara, it offers spectacular views of the surrounding Himalayas and the countryside.

Covering an area of 951 hectares, this forested mountainside is home to a large number of native flora and fauna, as well as numerous streams and walking trails. Due to security reasons, visitors must get permission before entering this area.

Also called “Sheeshe Wali Kothi”, Rothney Castle on Jakhoo Hill was once the home of British officer A.O. Hume, who founded the Indian National Congress. The house is situated amidst lush green woodlands, making it the perfect spot for birdwatching.

This rail route is famous for its breathtaking scenery and its dramatic views. Stretching between Kalka and Shimla the toy-like narrow gauge trains date back to the 1890s and is also a UNESCO World Heritage Site

Located near The Ridge, this cultural complex is one of only a few Gaiety theatres outside the UK. Built in the 1880s it has a variety of shows playing throughout the year, along with cultural events and exhibitions. It is also home to the Amateur Dramatic Club.

This attraction in Shimla is extremely popular with tourists. The nature park and aviary are home to a wide variety of exotic and native birds, as well as numerous rare species. Make sure to keep an eye out for the state bird of Himachal Pradesh, the Monal Pheasant.

Built in 1845, the Kali Bari Temple near Mall Road is dedicated to the goddess Kali. It is known for its picturesque mountain views and can be accessed via a series of steep stairs.

Originally built in the 19th century, this neo-Gothic “castle” was designed by Sir Swinton Jacob, and includes many elements of traditional Indian design. Located near The Mall, it is now used as the office of the Accountant General of Himachal Pradesh.

The beautiful Chadwick Falls are located just outside Shimla in the Glen Forest. Falling from a height of 100 meters, they may not be very tall, but are nevertheless quite charming, and the perfect destination for a picnic.

This serene area of Shimla is home to a number of wonderful attractions, including a golf course, a CactusCuseum, and the Indian Army Museum, which displays on army history, as well as historical weapons and uniforms.

Located just 20 kilometres away from Shimla, at an elevation of 2,630 m, Kufri is known for its gentle slopes covered in powdery snow which are perfect for amateur skiers. There are also wonderful views of the snow-capped mountains of the Himalayas.

Also near Shimla (44 kilometres away) is the charming village of Chail, which is known for its wonderful scenery. It was once the summer retreat of the Maharaja of Patiala. Today, you can still visit the 19th century Chail Palace, which is now a hotel.

Another small town to visit near Shimla is Mashbora, which is connected to the capital via the historic Hindustan-Tibet Road that dates back to 1850. It is home to one of the country’s two Presidential Retreats, and also the famous Wildflower Hall Hotel (once the residence of Lord Kitchener). Mashobra also hosts the annual Sipi Fair.

Some Interesting Facts About Shimla

If you want to know a little bit more about Shimla before you visit, here are some interesting things that you might not know about Shimla. 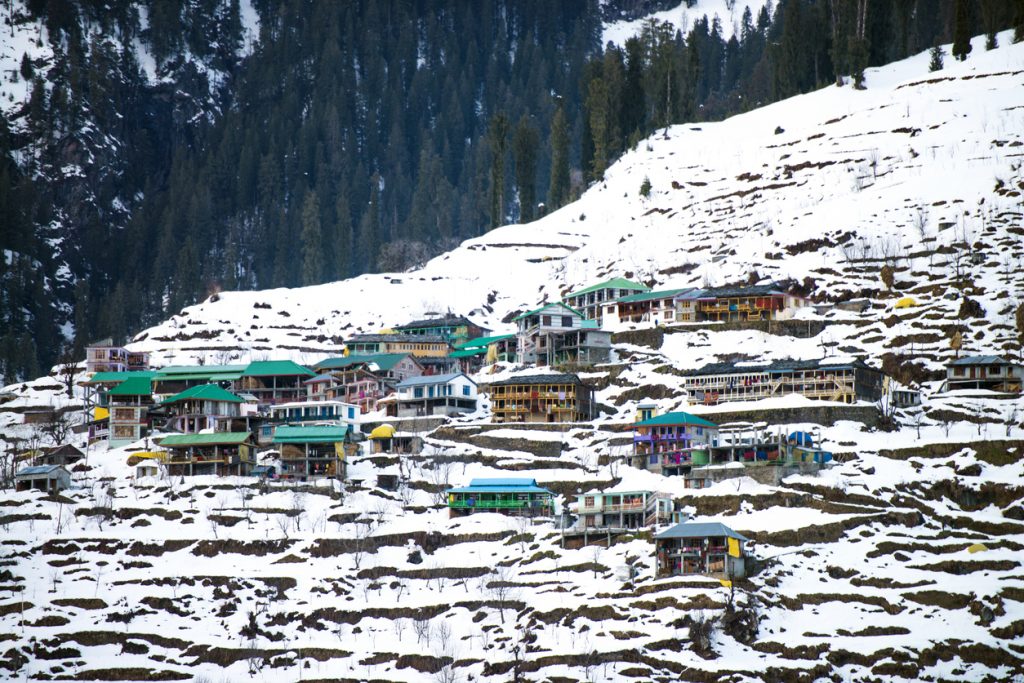 The best time to visit Shimla would be between the months of March and June when the weather is pleasant yet not too cold. Between July and September, the area faces the monsoon season, making it quite wet and grey, though there are sure to be fewer crowds.

However, if you want to truly experience the cold weather and to take part in the many exciting winter activities that the region offers, visit between October and February. Just remember to pack warm, as temperatures drop below -3°C.

So, there you have it, a travel guide to the many places to visit in Shimla. Now, what are you waiting for? Go book your tickets right now and start your amazing journey.