More
Home Topics of Interest Culture Travel The 15 Best Things To Do In Lille, France 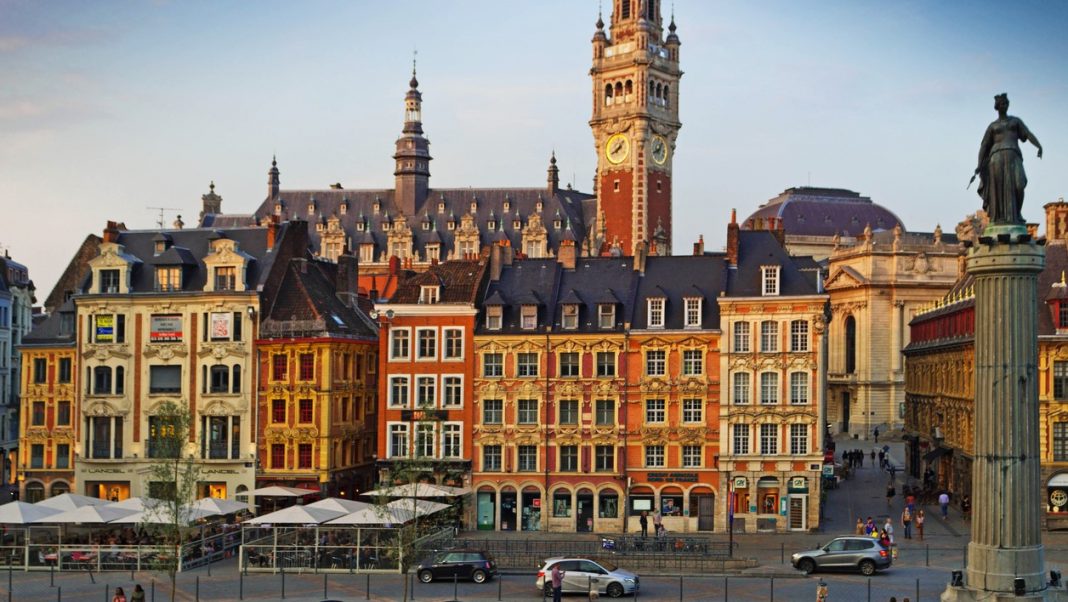 Lille is located in Northern France and is the fifth largest city in the country. Known for its historic buildings and rich culture, there are lots of things to do in Lille. The capital of the Hauts-de-France region, it is filled with heritage sites, green parks, exciting museums, and churches.

Once a Flemish city, Lille was captured by Louis XIV in 1667. Set on the Deûle River, near the border with Belgium, Lille is also known for its industrial background. Here are some of the top things to do in Lille:

The Palais des Beaux-Arts de Lille (“Palace of Fine Arts”) is one of the oldest art Museums in France. Its extensive collection of art is second only to the Louvre and contains paintings, prints, and sculptures as well as various temporary exhibitions. The museum was established on the orders of Napolean in 1809. Most of the pieces are from the 15th-20th centuries, and they include works by masters like Rembrandt, El Greco, Goya, Rubens, Monet, Delacroix, Raphael, and Rodin.

This star-shaped military fortress is still an active army base. Built in the 17th century by order of King Louis XIV, the ‘Sun King,’ it is also a self-contained town. It is the perfect place to learn about the history of Lille.

Lille’s Musée d’Histoire Naturelle is a fun and educational place, especially for kids. It is full of hands-on exhibits and a wide range of specimens. Opened in 1822, it will take you on a journey across the world, and back through time, all without leaving the city.

The belfry at City Hall dominates the landscape of Lille. The 104 meters high tower offers panoramic views of the city. While it does take significant effort to climb to the top of the tower, there is also an elevator.

The neo-classical Opéra de Lille was built in the 1920s to replace the previous 18th-century structure that burned down in 1903. It is lavishly decorated with sculptures, elegant lighting, beautiful paintings, and gold ornamentation. Located in the city square, it was occupied by the Germans during World War I, though it was reclaimed.

This fascinating museum was founded as a hospice in 1237 by Countess Jeanne de Flandre. It functioned until the 18th century and was eventually converted into a museum focused on Flemish history. It is filled with priceless paintings, tapestries, and sculptures. There is also a garden still filled with medicinal herbs

The Parc Zoologique de Lille is one of the best zoos in France. Located in the lush park near the Citadelle, it attracts over 1 million visitors each year. There are seven main animal houses, each divided by species. Among them, are the aviary,  ‘The Tropical House,’ ‘The Valley of the Monkeys,’ ‘Lands of America,’ and ‘Lands of Africa.’

Lille’s historic district is filled with cobblestoned streets and Flemish style buildings from the 17th and 18th centuries. One of the finest is the 350-year-old La Vieille Bourse, the city’s old stock exchange. You can also visit La Grande Place (pictured), the main square of the city. On all sides are beautiful gables buildings including the Théâtre du Nord, the Place Rihour, and numerous cafés.

The peculiar shape of the Église Saint-Maurice is meant to spread the weight of the building over the soft and yielding soil of Flanders. The building was started in the 14th century in the Gothic style but was only completed in the 19th century. This hall church (or “hallekerque“) is filled with amazing stained glass windows and statues.

The Lille Métropole Museum of Modern, Contemporary and Outsider Art, or LaM for short, houses almost 5,000 pieces of art. It displays works by Pablo Picasso, Georges Braque, and Joan Miró. The garden also features a stunning collection of sculptures.

Founded in 1761, Méert is one of the most famous patisseries in Lille. Here, they make Gaufre Fourrée de Lille, a delicate and thin waffle sandwich filled with vanilla cream. It was a favourite of royalty and of illustrious Lille native President de Gaulle. There also are lots of other delicious pastries to try at the beautiful store.

The neo-Gothic Notre Dame de la Treille began construction in 1854. Only completed in the 1990s, it gets its name from a 13th-century iron trellis which protected the statue of the Virgin Mary. The magnificent cathedral is a national monument of France.

The Braderie de Lille is a gigantic open-air flea market, the largest in France. Here you can find fascinating antique treasures and vintage finds. At the start of September, it also turns into a huge festival, with dozens of performances, music, street parties, and dancing.

Also known as the Musée d’Art et d’iIndustrie André-Diligent, this famous museum occupies a former art-déco swimming pool, La Piscine. It has been converted into an amazing museum filled with an important collection of sculptures, art and industry.

Located to the very south of Lille are the Jardin des Plantes or the Botanical Gardens. This hidden gem offers a relaxing break from the city, or between sightseeing. There is a rose garden, many acres of trees, and a lovely tropical greenhouse for you to explore.

Lille is well connected. Many airlines stop at the city’s small but convenient Lille Lesquin International Airport. However, visitors usually enter Lille by train, as it is home to a major international railway hub. Ther are two main railway stations, Lille Flandres, where local trains arrive, and Lille Europe, where trains from all over Europe stop. Both stations are located on either side of the EuraLille shopping mall.

The city also has two automated subway lines that connect the city and the suburbs. There is also an excellent bus system and two tram routes that travel throughout the city.

There are lots of other things to do in Lille, and if we’ve missed any be sure to share them in the comments below.