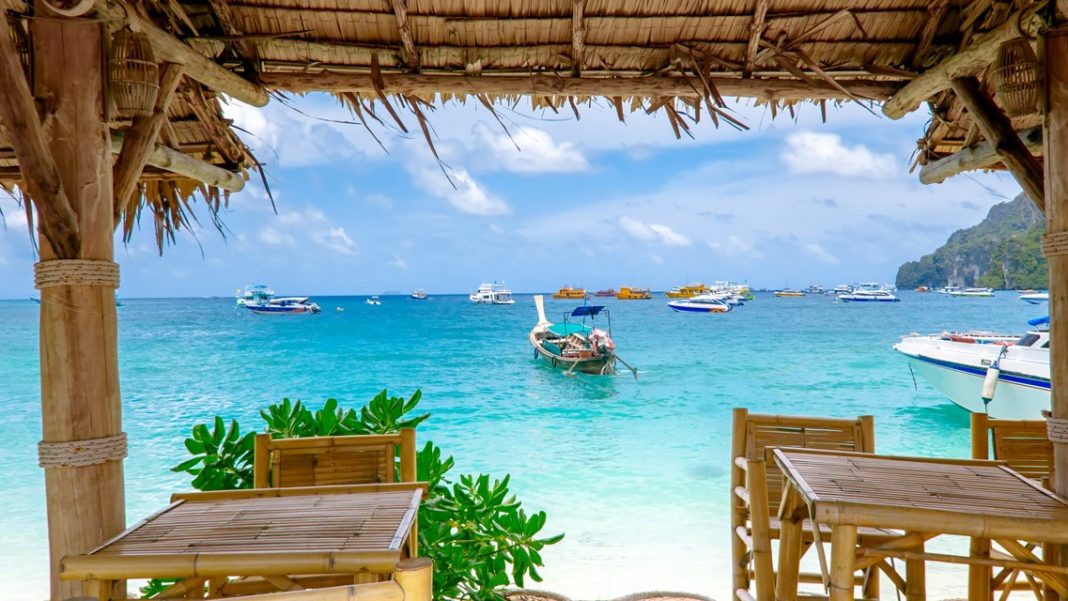 The Andaman Islands are well known for their beautiful coastlines and lush forests. The welcoming weather makes it a haven for tourists looking for things to do in Andamans. Only a dozen or so of the 572 Andaman Islands are open to tourists, but there is much to see and many unique experiences to be had here.

Though they are a part of India, the islands located over 1,300 kilometres from the Indian mainland. They are actually closer to South East Asia, being just 150km from Indonesia and 190km from Myanmar!

The Andaman and Nicobar Islands are blessed with pleasant weather throughout the year. However, the best time to visit is between October and May. This is during the winter and the summer, letting you avoid the monsoon season when there is heavy rainfall and unpredictable waves. 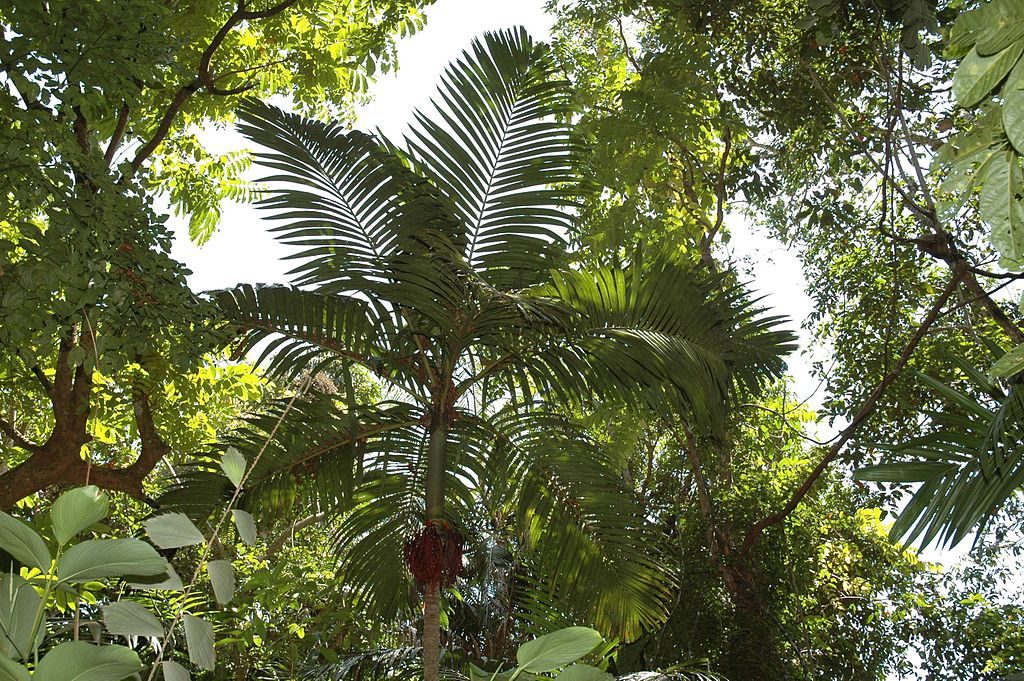 The Andaman and Nicobar Islands in the summer see temperatures ranging between 24°C to37°C. While it can be both humid and hot, it is also the best time for water sports. The famous 3-day Beach Festival is also held in April.

Monsoons in the Andamans bring moderate to heavy rainfall, and temperatures of between 22°C and 36°C. Humidity is extremely high and few tourists visit due to the unpredictable nature of the waves which restricts most water sports. However, many annual festivals (like the various  Music Festivals, the Monsoon Festival and the Food Festival) are held during this period.

Considered the best time to visit the Andaman and Nicobar Islands, winters see pleasantly cool weather, with temperatures between 20°C and 30°C. It is also an excellent time for water sports and beach activities. You can also observe turtle nesting as well s attend the island’s Film Festival during this time.

Also Read: 6 Things You Can Only Do in the Andamans

Things To Do In Andamans:

This famous prison on Port Blair, the capital of the Andamans, was once used by the British to house political dissidents. It was originally opened in 1896 and contained 698 cells. Today, it stands as a National Memorial, even though parts of it were destroyed by the Japanese during World War II.

This is one of the most popular destinations and things to do in Andamans. It is one of the largest islands and has some of the most exquisite and unspoilt beaches. There are lots of activities you can do here, such as scuba diving, snorkelling, sailing, kayaking, and much, much more.

It’s easy to see why this beach was once named “Asia’s Best Beach” by TIME Magazine. The picture-perfect white sands and turquoise blue waters stretch across 2 kilometres and are especially beautiful at sunset. Whether you plan to swim, go for a walk, or just sunbathe, this is the place to be.

This amazing museum looks at the many tribes that live in the Andaman Islands, providing an understanding of their history and culture. You can see various artefacts, tools, clothes and weapons from different tribes and eras. Among the tribes represented are the Jarawas, the Onges, the Sentinelese, the Shompens, and the Nicobarese.

Famous for its turtle nesting sites and crocodile sanctuaries, Diglipur also has the highest peak in the Andamans, Saddle Peak. You can also visit the island’s network of caves. If you plan to watch the turtles, the best time to visit is between December and March, when thousands of turtles come ashore to lay their eggs. Try to use tours provided by the Forest Department, and don’t touch the turtles.

All those looking for adrenaline packed water rides should look no further than the Rajiv Gandhi Water Sports Complex in Port Blair. This complex has everything from jet skiing to parasailing and speedboat rides. It is exceptionally well equipped and has trained staff to ensure the safety of visitors.

This amazing museum offers a glimpse at the diverse marine life that surrounds these islands. Managed by the Indian Navy, its five sections cover everything from the history and geography of the islands to the people and marine life on the islands. It houses over 350 marine species in its aquariums, including an enormous skeleton of a blue whale.

Located near Port Blair, Ross Island was once the administrative headquarters of the British in the Andamans. However, it was abandoned after an earthquake in 1941, and a subsequent attack by the Japanese. The island is now home to many species of birds and deer.

This picturesque village is known for its numerous birds (both migratory and native) and for its lush mangrove forests. There are also lots of fun activities to take part in here, such as deep-sea walking, pearl hunting, snorkelling, and more.

Long before the construction of the Cellular Jail in Port Blair, Viper Island was used to imprison dissenters of the British. According to legend, it was filled with vipers, leading to its name, though other maintain that t was named for the vessel that brought Archibald Blair to the islands in 1789.

This oceanic national park covers an area of 280 square kilometres, stretching between Rutland Island and South Andaman Island. Its diverse ecosystem includes 15 islands covered in rainforests and mangroves, as well as large coral reefs. Also called the Wandoor Marine National Park, it is a popular spot for spotting dolphins, as well as to go scuba diving.

Located in the Chatham Saw Mill, the Forest Museum of Port Blair is a popular attraction. It features all kinds of woodwork, using local timber from trees like Padauk, Satin Wood, Gurjan, and more. It also houses many endangered plants, and is maintained by the Forest Department.

Located in the Mahatma Gandhi Marine National Park, Jolly Buoy Island is an amazing site.  Rich in marine life and in coral reefs, this soothing island has some of the most spectacular views of the sea and the many other islands nearby. Jolly Buoy Island is also a no plastic zone, so be sure to clear up after your visit.

Located near Port Blair, and close to Jolly Buoy Island, this beach is famous for its vast rubber plantations. Nearby you can also visit equally amazing coconut, betel nut and other spices plantations. Wandoor is also known for its beautiful beach which has numerous holes cut in the shoreline, created by crashing high tides.

Just 35 kilometres from Port Blair sits Barren Island, the only active volcano in South Asia. It is part of a long a chain of volcanoes that run from Sumatra to Myanmar. You can hire a boat and watch it spewing lava and ash, but remember you’re not allowed to land on the island due to safety concerns.

Established in 1969, the Mount Harriet National Park covers an area of 4,662 hectares. It is known for its diverse range of flora and fauna, including the endangered Andaman wild pigs, saltwater crocodiles, turtles and numerous species of butterfly as well as lush evergreen forests. A picture of the park is also featured on the back of the Indian ₹20 note.

Just as beautiful as the more popular Havelock Island, the pristine beaches of Neil Island are usually less crowded. Bharatpur Beach is teeming with tropical fish and coral reefs, making it popular for snorkelling and scuba diving, while the white-sand Laxmanpur Beach is known for its sunset views. There are also some stunning natural rock formations which can only be seen at low tide. Try walking to the limestone caves on Sitapur beach at sunrise for a spectacular experience.

The stunning Little Andaman island is actually one of the largest in the archipelago. It is home to an extensive rainforest and rare species of marine turtle, as well as numerous crystal clear beaches such as Butler Bay, and Netaji Nagar Beach. There are also many waterfalls you can visit, including the White Surf waterfall and the Whisper Wave waterfall. The island is also known for its elephant training, and you can even go on elephant safaris of the area.

Located on Long Island, Lalaji Bay Beach is a peaceful retreat to relax and rejuvenate. It is accessible via regular ferries from Rangat or a short trek across the island through a gorgeous Mangrove creek. The white sands of the beach and its clear waters are usually empty of tourists.

Glass boat rides are a way to explore underwater marine life without actually getting wet. This activity is immensely popular in the Andaman Islands. Explore everything from coral reefs to groups of dolphins, all from the comfort of your boat.

The secluded, and unspoilt Corbyn’s Cove beach near Port Blair is a pleasant retreat from the city. Lined with coconut palms, this small curve of sand is reached by a scenic drive past several Japanese WWII bunkers. This beach is popular for scuba diving, surfing, and boating, though crocodiles are occasionally spotted in the area.

Located along the Andaman Trunk Road, Baratang Island is known for its amazing limestone caves, and its mud volcanoes, the only known examples of mud volcanoes in India. The island also has lush mangrove forests and many beautiful beaches. You can also visit the nearby Parrot Island.