Don’t Miss These 7 Things To Do In Sweden

https://www.youtube.com/watch?v=wu0gaFwqkJk&list=PL6_Jvg9EBuYtjqYib9wj0sCnh-IfUTyAh&index=1Sweden is a small Scandinavian country in northern Europe with a population of less than 10 million. The country has dramatic weather, the midnight sun and Northern lights. It has lush greenery and forests which cover almost 50 per cent of the country,  lakes, and more than 24,000 islands are largely open to people through the Swedish custom of a right to public access – so there is absolutely no dearth of things to do in Sweden.

With a history of fierce Vikings, this Nordic country features beautiful medieval towns and it is also famous for its sumptuous Swedish food.

Here are the top 7 things to do in Sweden

Gamla Stan is one of Europe’s largest medieval cities with a rich history dating back to the 13th century. Take a step back in time as the town features quaint buildings, narrow streets, royal palaces, and museums. Storkyrkan, the royal cathedral, built in the 12th century is reported to be the oldest church in the town.

Visit this medieval beauty on Gotland island in the Baltic Sea. The history of this town traces back to the Viking age. Hanseatic Town of Visby was a former Viking site on the island of Gotland and the Merchants used this place as a prominent centre for trade exchange within Baltic sea. It stands as a quintessential example of a north European medieval town. The former Hanseatic town Visby with its famous city wall from the 13th century is a Unesco World Heritage site.

A maritime museum, Vasa Museum located on the island of Djurgården houses its namesake warship. Vasa, a 400-year-old ship is the only almost fully intact ship to be salvaged from the 17th century and is displayed at Vasa Museum for all to see. This 64-gun warship sank in 1628 on her maiden voyage. Visitors can also view movies and get guided tours on the entire history, discovery and rebuilding of the ship. There are four other museum ships, all from the 20th century, featured by the museum. Vasa Museum is one of the most popular museums in Stockholm and is, therefore, a must-visit.

There are many intriguing examples of graffiti art across the streets of Stockholm. Snösätra, the largest Graffiti exhibition in Europe, located south of Stockholm (near Ragsved metro station) is an awesome place to begin. It was once an industrial area which fell into deterioration, later a group of graffiti artists got permission from the authorities and began painting on the walls. It’s definitely one of the most unique things to do in Sweden.

Also known as King’s trail, Kungsleden is a popular summer vacation spot in Sweden. Adventure junkies can witness the breath-taking natural trails through the mountains of Abisko and Hemavan in the Swedish Lapland. If you are hiking in early May, you can spot lovely mountain flowers and if you are lucky enough, you can also see the northern lights in late summer.

Read more: Places to get the best views of the Northern Lights

Located on the island Lovön, the palace is illustrative of 17th century western and northern European architecture surrounded by the immaculately manicured garden. The palace is one of the private residences of the Swedish royal family. 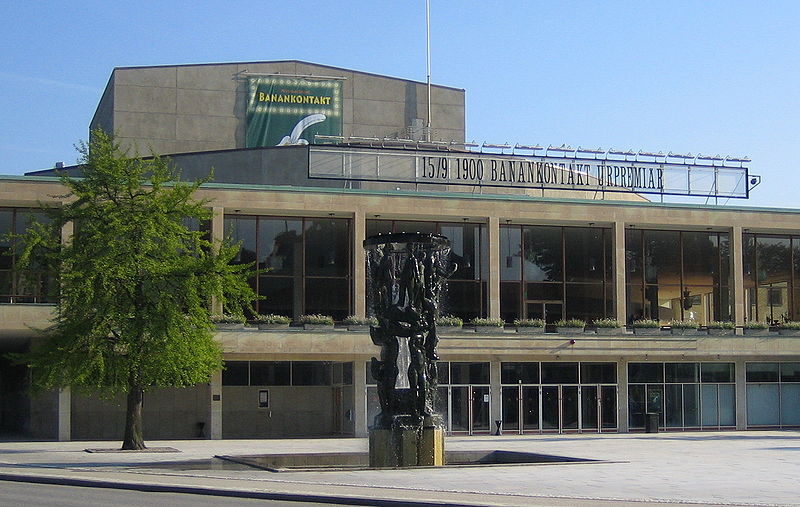 Malmö Opera is a must-visit for good old-fashioned opera. The opera house is the largest in Scandinavia where opera and other musical performances are held regularly.

If you happen to spend more time in Stockholm, watch the video for all the interesting things to do there.