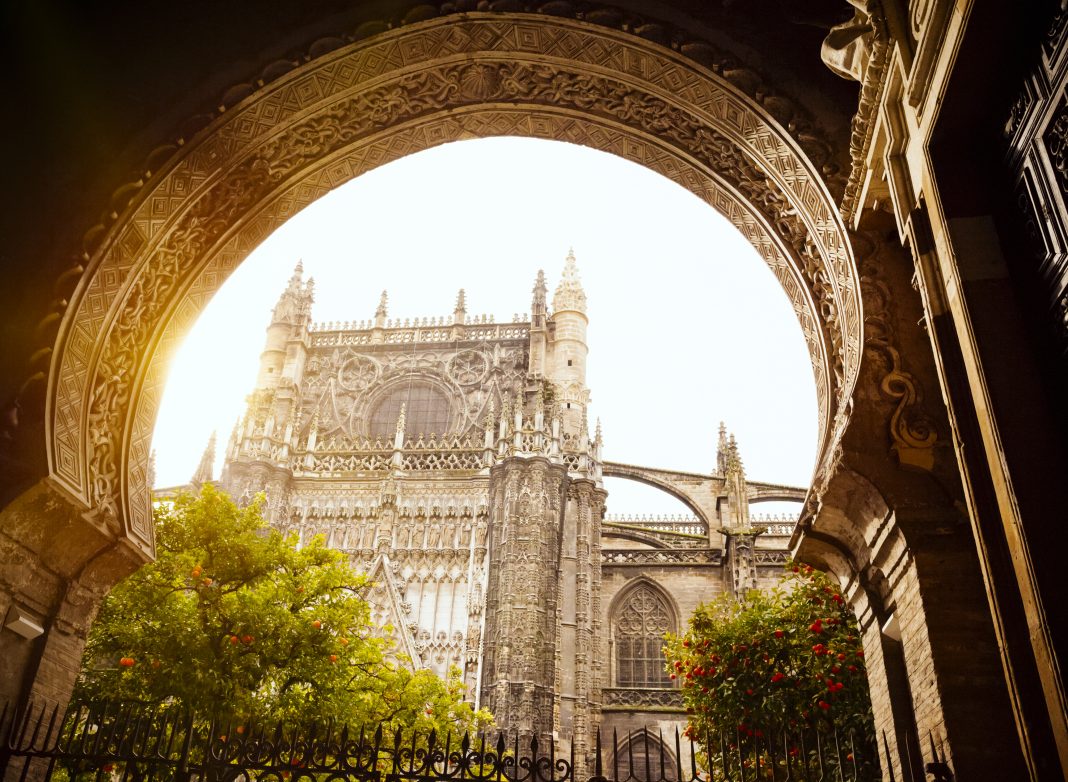 Think Spain think Seville. That’s what the city feels like. Seville is a beautiful diamond among the jewels of Spain. The city is capital of Andalusia region of Spain and is famous for flamingo dancing, Maestranza bullring, Alcázar castle, Plaza de España, and Plaza de Toros de la. The city’s old town hosts 3 UNESCO world heritage sights – Alcázar palace complex, Seville Cathedral and General Archive of the Indies – which were added to the list in 1987.

Like in others cities, I took a walking tour of Seville the first evening I was there. Believe me, the city looks magical by the night. This walking tour was made memorable by our amazing walking tour guide Roxy, who is a part of a small company called “We Are Seville”. She has been one of the most knowledgeable walking tour guides I have come across during my travels. She not only introduced us to Seville but also told us about best places to eat. She also told some of the local delicacies to look out for, also vegetarian. It is very easy to book a tour with her. All you need to do is drop a message on her Whatsapp and look for her red umbrella in front of Torre del Oro.

Here is my list of my top 5 places to see in Seville in two days. I urge you not to miss even a single one of these when you are there:

My trip to Spain couldn’t have been complete without keeping this beautiful city in my itinerary. If you want to soak in the beauty of this wonderful place, a walk around the streets is a must. What attracted me most about this city were its architecture, vibrancy, history, and youthful energy. Want to visit Seville? Do not forget to carry your enthusiasm and cheerful self with you.