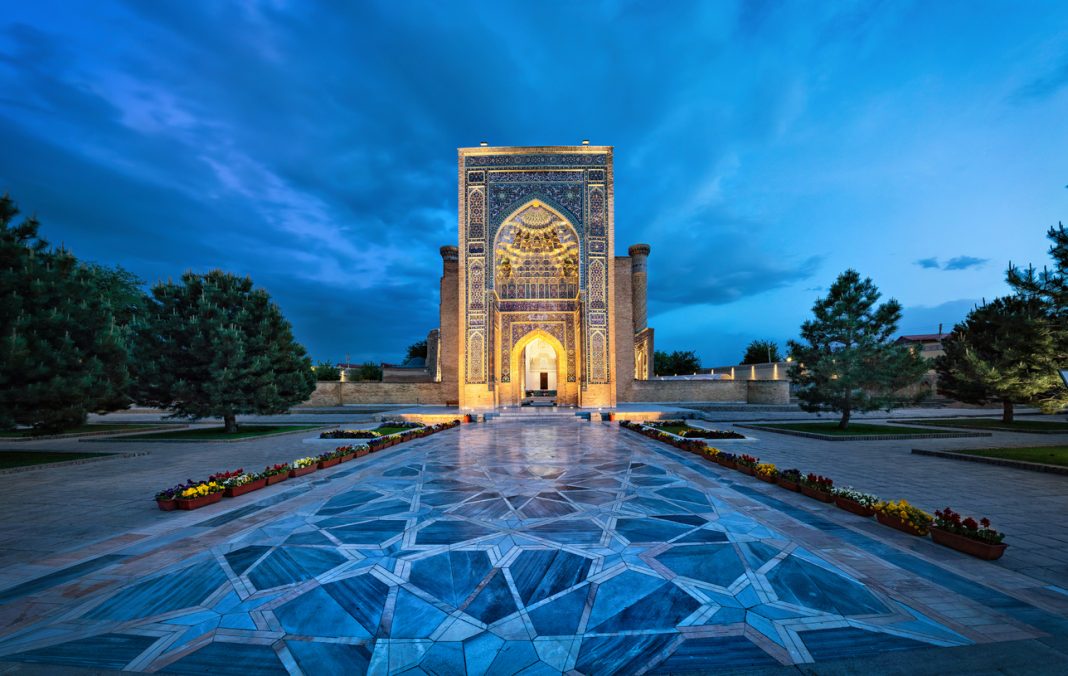 When I told my friends that I was visiting Uzbekistan, questions were mainly centred around – “where is this place?” “Uzbeki what?” “I am hearing about this place for the first time”

Uzbekistan is such a beautiful country and is dismissed so much by many people due to the presence of “-stan” in its name. But I want to tell you that this place is a photographer’s haven, a paradise of monuments and has an aura of colourful walls. Below I am listing down ten places that you should definitely not miss if you are into Instagrammable spots like me.

Also, I hope these places help you realise that Uzbekistan like any other country is truly a perfect tourist haven.

Khiva, also famously known as an open-air museum. It lies at the far east, away from the capital of Uzbekistan – Tashkent. But it is worth the visit. All you have to do is take an overnight train here, and you will be surrounded with the desert stories and 19th-century tales all around you. There are four gates to enter the Old Khiva – Bachtscha is the North gate, Palwan the East, Dascht lies to the South and Ata in the West.

As soon as you would enter the Open Air Museum of Khiva, you shall come across Kalta Minor as the first architectural marvel of Khiva. Kalta Minor is 29 meters tall, although when it was initially planned, it was planned to be much bigger in length. Kalta Minor is decorated with colourful blue tiles and has several theories behind its formation and sudden stoppage of its length.

A few believe that the construction was stopped as it was believed that people would be able to see inside the Khan’s harem, while on the other hand people believed that Amir Khan, the last emir representative of the Uzbek Manghit Dynasty, died before the completion of the Minor and hence was left unfinished due to his demise.

Next to it is a Madrassa which is now converted into a hotel.

In Khiva, you can easily get the city view from Islam Hoja Minaret which is also the highest minaret in the city. The Minaret is 45 metres high and is turquoise in color due to its blue tiles. Further, it looks even marvellous during the night time. Islam Hoja is named after the chief advisor of the last two Khans. He was known for his wealth as well as knowledge since he studied a lot – instrumental in advancing political and economic relations.

The Madrasah of Mukhammad Amin-khan is one of the main sights in Khiva. This Madrasah is the largest madrasah in the Central Asia and is a sight to behold due to its intricate tile work. The entire madrasah is decorated with glazed brick and wooden doors making it a perfect spot to get yourself an Instagrammable worthy pictures.

If you are in Samarkand then the best is to explore the city during the day and then as well as during the night time. During the day, despite the heat you will be able to enjoy its architectural marvel, while at the night time all these marvels get illuminated with golden lights. It feels like you are walking right in the middle of a fairy tale of Arabian nights.

Registan is the largest architectural wonder in Samarkand. Inside Registan you will be able to find the madrasahs (Islamic schools).

Sha-i-Zinda necropolis is one of the most beautiful complexes in the Samarkand region. It is blue tiled and dates back to the 14th century. When you will reach the place it will feel like you are walking in some tiny city or a blue maze. Everything is so beautiful and the walls are so intricately designed. Every wall here is a picturesque wall and worth photographing.

Furthermore, every mausoleum has a board in front of it which states the story of the person and his/her relation to the king. 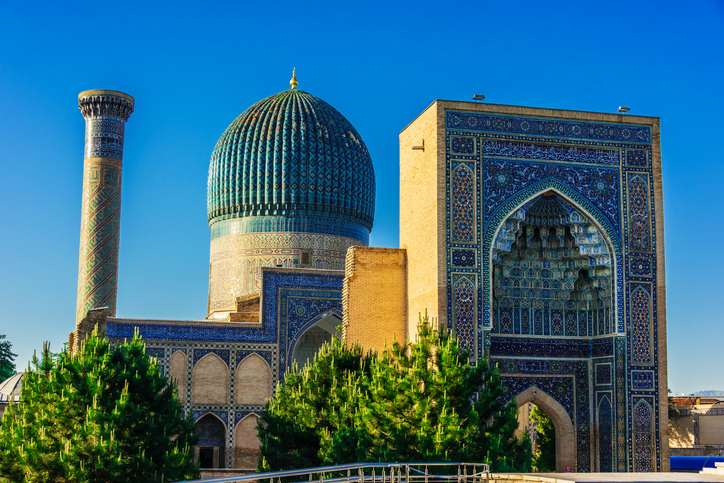 The final resting place of Timur (Tamerlane), along with two sons and two grandsons (including Ulugbek) is what Gur-e-Amir Mausoleum is. But despite being a Mausoleum, this place is still beautiful and perfect to picture. You will fall in love with its tilework and dome but be sure sure to return at night when the building is lit up to grand effect.

The spotlight of Po-i-Kalyan complex and is the reason why Bukhara is Bukhara. This is the main reason why tourists go to Bukhara and exactly the reason why I chose to visit Bukhara. In fact, the complex is so beautiful that Genghis Khan did not destroy it. You will witness the beauty of madrasah and mosque here.

Chor Minar inspired by Hyderabad’s Char Minar is another sight to behold. It has four minarets and is only 15 metres high. Further, this Minar is hidden and you have to walk through the tight alleys to reach here in contrast to the rest of the architectural wonders of Bukhara.

The Trading Domes which are now the modern bazar has such a unique structure. You will find several souvenir shops and eating joints, however, these domes were built to protect the nomads or traders from the excruciating heat of Uzbekistan during the olden times. It acts as a perfect place to be photographed due to its unique structure.

A royal town within a royal town is what Ark feels like. It is Bukhara’s oldest structure which dates back to the 5th century. The entire structure is so unique and has a very different and beautifully carved column head. The best time to visit this Ark is during the sunset; when the sky is on fire and the Ark also is lit up with golden colour.