Tay Country in Scotland is among the most stunning areas in the country. It is spread around the central east coast between Edinburgh and Aberdeen, covering the areas of Perthshire, Fife, Angus and Dundee. It is full of beautiful beaches, serene glens, towering forests, and delicious food.

How to get to there, and how to get around

Additionally, Tay Country is centrally located and very well connected. It lies between the cities of Edinburgh and Aberdeen. This makes it very easy to get to by road, air, and train from Scotland’s three major cities – Aberdeen, Edinburgh and Glasgow.

Tay Country’s main city is Dundee, whose airport lies just 3 kilometres from the city centre! It also has two daily trains to London.

Getting around Tay County is also relatively easy. The well-connected road network means that you can drive around, either by bus or car. There are also lots of scenic train routes that cover the area offered by Scotrail. You can also travel in comfort on the Caledonian Sleeper to explore the area.

What to do in Scotland’s Tay Country

Visit the many castles

Tay County, like so much of Scotland, is filled with lots and lots of castles. Some of the most famous include Glamis Castle, which became famous for being featured in Shakespeare’s Macbeth; Broughty Castle, from which you have beautiful views of the golden sands of the Tay estuary; Blair Castle, that is home to a wonderful museum on the Atholl Highlanders, and Aberdour Castle, which is said to be Scotland’s oldest standing castle.

This magnificent Renaissance palace is perhaps best known for being the country residence of Mary Queen of Scots. Built between 1501 and 1541 by King James IV and his son, James V, the palace is full of fascinating artefacts. You can also visit the stunning painted library, the large Chapel Royal, and extensive formal garden, which are home to a physic garden, and the world’s oldest surviving real tennis court. 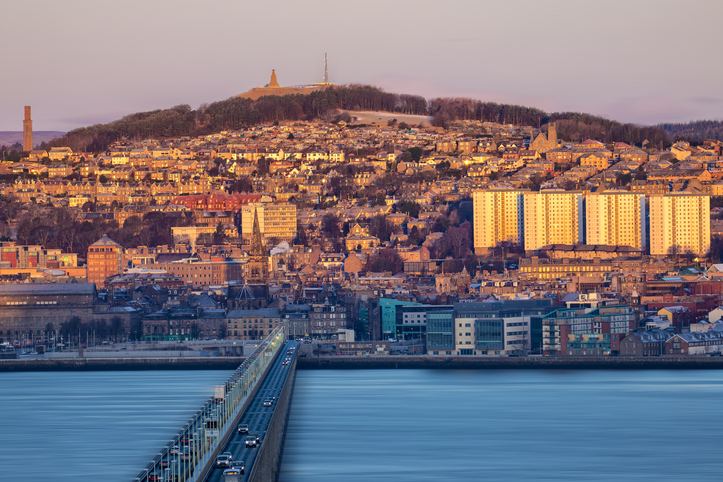 The wonderful city of Dundee was the UK’s only UNESCO City of Design. It has lots of wonderful artwork to discover, both inside museums and on the streets. Don’t miss the Open/Close street art trail, as well as the stunning V&A Dundee whose structure is inspired by the Arbroath cliffs. You can also explore the Dundee Women’s Trail, and see various vintage ships at the Dundee Museum of Transport.

Located in the small hamlet of Innerpeffray, by the River Earn in Perthshire is the Innerpeffray Library. Dating back to 1680, it was the first lending library in Scotland. The library moved from the nearby chapel’s attic to the current Georgian building in 1739. It has lots of wonderful rare medieval books, and a “Borrowers’ Register” that holds the record of all the those who borrowed a book for the past 300 years! While the library stopped lending out books in 1968, it is still open to the public between March and October. 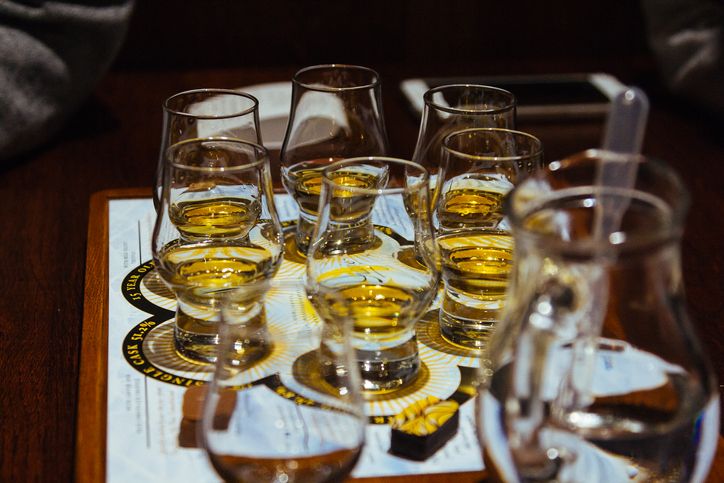 Scotland is known around the world for its whisky, and Tay County has many distillery tours available. However, the area is also famous for its gin, and you can learn all about the expertise that goes into making it how herbs and fruits are used to flavour our gin.

Eat some of the delicious food 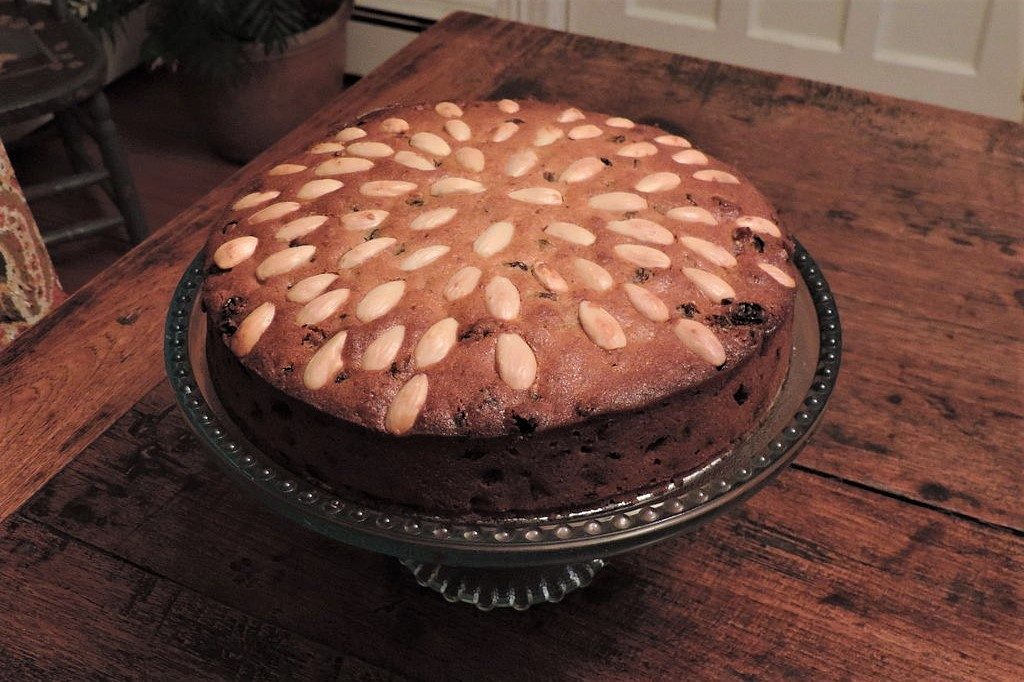 There are many tasty local delicacies you must try from Tay Country. One of the most famous is the Arbroath Smokie, a type of smoked haddock unique to the area. You can also try a slice of the world-famous Dundee Cake, a type of light fruitcake made with sultanas, orange peel and almonds. Other treats include Tayberry, a sweet fusion of raspberry and blackberry, and the Forfar Bridie, a special Scottish meat and onion pasty made here since 1833.

Also Read: Traditional Scottish Food You Have To Try in Scotland

You can also visit some of the many exciting food events held throughout the year, such as Taste of Angus in March, Crail Food Festival in June, Dundee Flower and Food Festival in August, and the Great Perthshire Picnic in September. 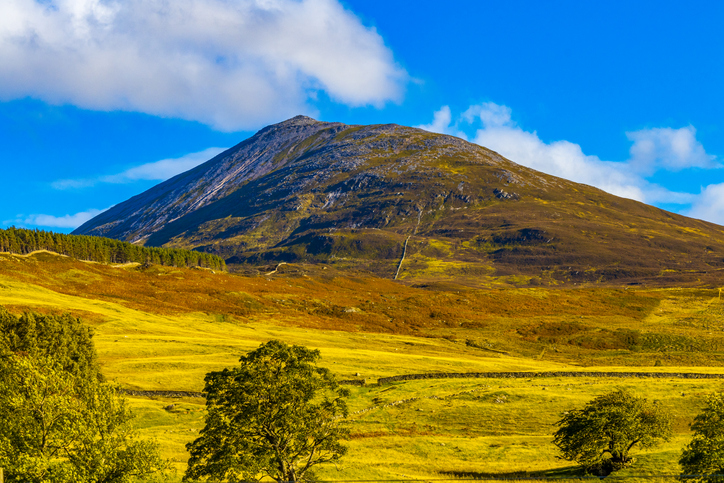 If you enjoy hiking, you should absolutely climb a Munro in Tay Country. Named after mountaineer and politician, Sir Hugh Munro, there are 44 of these mountains to choose from throughout the area. Visit Schiehallion in Perthshire, with its views of the peaks of Glen Coe, or Driesh above Glen Doll, and Mount Keen.

Have adventures along the Tay River 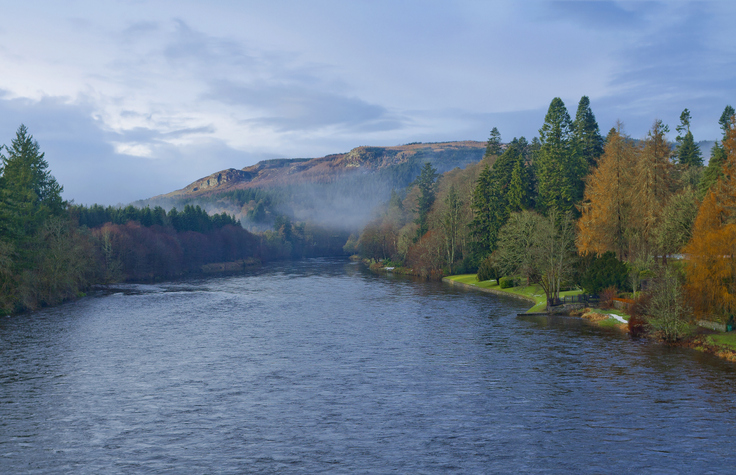 The River Tay is the longest river in Scotland. It starts off as a spring on Ben Lui in the Southern Highlands, passing through Loch Tay and east through Perthshire, before finally ending at the Firth of Tay, and the North Sea, just south of Dundee. There are lots of things you can do along the river, such as kayaking and white water rafting. In the coastal areas, you can also admire local lighthouses and look for bottlenose dolphins Tay Estuary 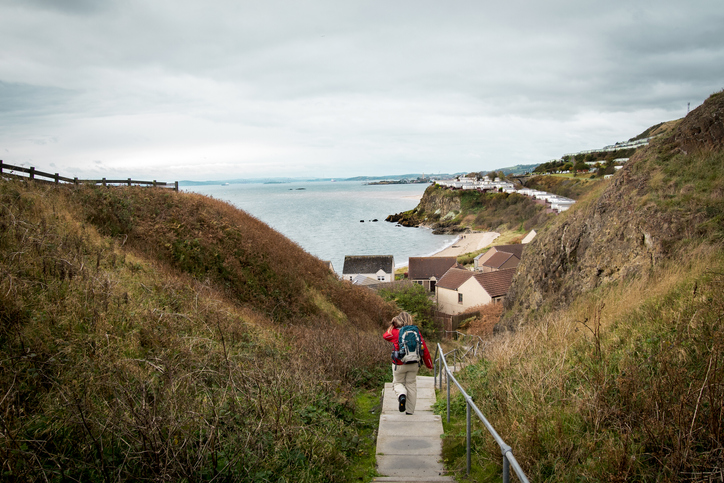 Tay County also has some wonderful beaches and miles of stunning coastline to explore. The Fife Coastal Path and the Angus Coastal Route have lots of picturesque seaside fishing villages. If you’re lucky you might even spot flocks of puffins and diving gannets. Don’t miss the serene golden sands of Lunan Bay and the fabulous seafood shacks in Crail.

Walk through the lush forests 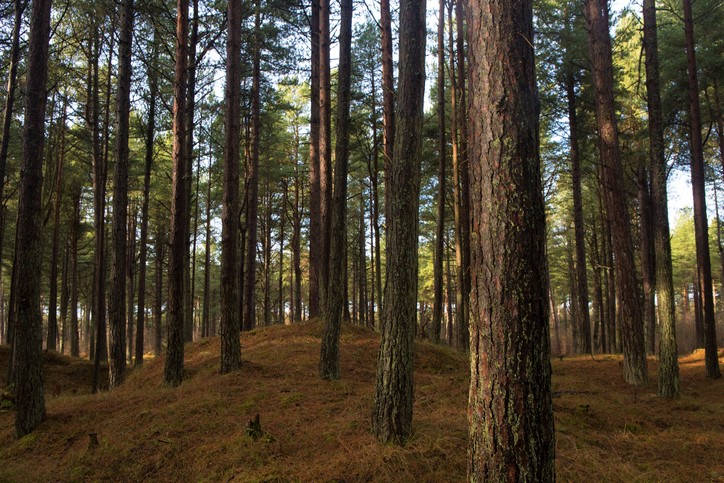 Go on a relaxing walk through the forests and woodlands to appreciate the lush and vibrant nature. See the beachside forest trails of Tentsmuir Forest in Fife, the explosive autumn colours at Faskally Wood, or Dundee’s Botanic Garden. You can also visit Pitlochry, in the heart of Scotland’s Big Tree Country, and its fascinating dam visitor centre.

Have you been to Tay County in Scotland? If so do share your experiences in the comments below.