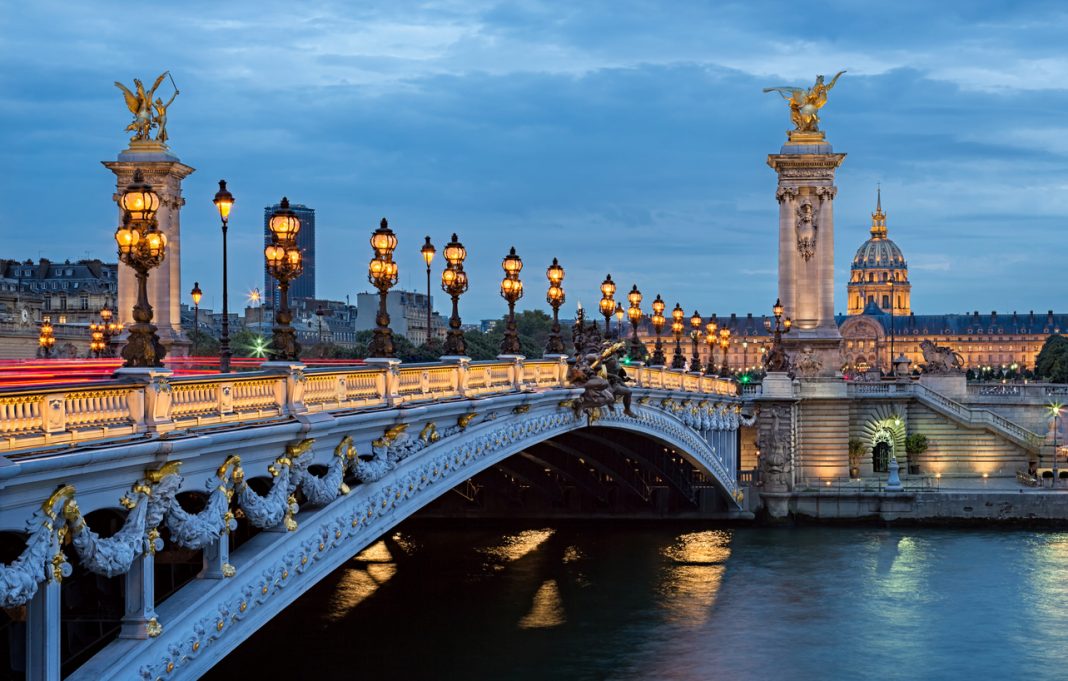 Paris is often called one of the most beautiful cities in the world. Called the “City of Love” and the “City of Lights,” it is full of art, music, food,  fashion, and something that is uniquely Parisian, a certain je ne sais quoi. And, once you’ve already seen the Eiffel Tower or the Louvre (or you just want a break from the crowds), why not check out these 25 unusual things to do in Paris.

Also Read: 25 Unusual Things To Do In London

This iconic Parisian bookstore was opened by American George Whitman in 1951. He intended for it to become a literary hub in the heart of Paris, where all writers would be welcome. Shakespeare and Company also doubles as the “Tumbleweed Hotel” for travelling writers who need a place to stay. You can also visit the many bouquinistes (or riverside booksellers) along the Seine to look for vintage books, cards and posters.

Overlooking the Seine River lies the Institut du Monde Arabe. This beautiful building was designed by Jean Nouvel, and was established in 1980 due to a perceived lack of representation for the Arab world in France. It holds a spectacular permanent collection of Arabic art and history, as well as a restaurant.

Also known as the Promenade Plantée (or tree-lined walkway), this three-mile-long elevated park is built atop a disused railway line in the 12th arrondissement of Paris. Similar to New York’s High Line, it follows the old Vincennes railway line from the Opéra Bastille to the end of the city.

The Musée de Cluny (also called the Musée national du Moyen Âge) is housed in a 14th-century townhouse, and explores medieval life through sculptures, furnishings, manuscripts, and more. One of its most famous artefacts are a group of medieval wool and silk tapestries known as “The Lady and the Unicorn.” Underneath the building itself lie over the ruins of ancient Roman baths.

Built in the 1930s, this large art-deco movie theatre is known for its sumptuous art-deco interiors, decorated with Mediterranean paintings and ornaments, and a starred ceiling. It was originally built for Jacques Haïk, a wealthy film producer. You can both see movie shows here and take tours of the building itself.

Located in Le Marais a historic district in Paris, Le Marché des Enfants Rouges is one of the city’s oldest covered markets. The name literally means “Market of the Red Children”, and it was established in 1628, next to an orphanage. It has some of the best food stalls in the city.

The Jardin des Plantes (which is French for “Garden of the Plants”) is one of the top botanical gardens in Paris. Originally built in the 17th century as a royal garden for medicinal plants, it now features libraries, greenhouses, a ménagerie, and even the Great Gallery of Evolution, which is part of the French National Museum of Natural History.

Built by the famous alchemist in the 15th century, this is the oldest stone house in Paris. It’s here that Flamel lived with his wife Pernelle, and is said to have carried out his experiments in alchemy and the Philosopher’s Stone. You can still see the many strange symbols that adorn the outside, but the house itself is now a restaurant, Auberge Nicolas Flamel.

The Bibliothèque Nationale de France has one of the largest book collection in the world. Though it has been moved multiple times over the years, it can trace its origins back to 1368 when it was founded by Charles V. Apart from its collection of over 10 million books, the library also has thousands of ancient Greek manuscripts, antique coins, and globes that once belonged to Louis XIV.

Situated in the 19th arrondissement of Paris, this park is spread over 61 acres. It was opened in 1867, and has wonderful views of the French capital. Here, you will find the Temple de la Sibylle, which was inspired by the Temple of Vesta in Italy. Also here are an artificial lake, beer gardens, and sloping lawns.

Located in the 9th arrondissement of Paris, Passage Jouffroy is one of the many passages (or shopping arcades) in the city. Built in 1845, it is lined with quaint antique shops, bookstores, and cafes and has stunning glass ceilings. Also try to visit the Passage des Panoramas, another relic from Paris’ shopping history that dates back to the end of the 18th century, and the more upscale Galerie Vivienne

14. The Grand Mosque of Paris

The Grande Mosquée de Paris was built in 1926 in the 5th arrondissement of the city, and is one of the largest mosques in France. The mosque is in the Moorish style, and sits near the Jardin des Plantes. Inside you will find prayer rooms, an outdoor garden, a small library, and a cafe and restaurant.

Located in the northern suburbs of Paris, the Saint-Ouen flea market is the largest in the world. It is held each weekend in the Saint-Ouen-sur-Seine neighbourhood. Here you will find all kinds of eccentric items and antiques, like second-hand furniture, vintage clothing, books, and postcards.

One of the largest cemeteries in Paris, Père Lachaise was established by Napoleon. It has faded into obscurity until an elaborate publicity campaign in the 19th century. Today the cemetery is home to the graves. of many famous people, including Oscar Wilde, Jim Morrison, Proust, and Molière.

11. Museum of the History of Medicine

The Musée d’Histoire de la Médecine has one of the oldest medical collections in Europe. Dating back to the 18th century, the museum celebrates the evolution of medical instruments, though it also has exhibits on anatomical specimens and art related to surgery. It is is located on the second floor of the Université Paris Descartes.

The Catacombs of Paris house the remains of over six million former Parisians within a network of tunnels and ancient Roman stone mines. When the city’s cemeteries were becoming overpopulated in the 18th century, and following a wall collapse at the Les Innocents cemetery, police and priests discreetly moved the bones to these tunnels. They were opened to the general public in 1867.

High atop the Eiffel Tower is a small apartment that was built by Gustave Eiffel for himself. Parched almost 1,000 feet in the air, it was used to entertain big names in science such as Thomas Edison (and to make the rest of Paris jealous). Visitors can view this tiny, but well-furnished, apartment through a window at the top of the Eiffel Tower.

Often compared to Portobello Road in London’s Notting Hill, this small cobble-stoned pedestrian street is located in the 12th arrondissement. It is lined with colourful houses all with shuttered windows and window boxes overflowing colourful plants. Just remember, this is a residential street, so be respectful of the people who live there when taking pictures.

The Eglise Saint-Serge was a protestant parish from the 19th century, which was later acquired by the Russian Orthodox Church. It is located in the 19th arrondissement and the Buttes-Chaumont district and is connected with the St Sergius Orthodox Theological Institute. The interiors of the church were painted by Russian painter Dimitri Semionovitch Stelletsky.

Occupying two neighbouring mansions on the rue de Sévigné, the Musée Carnavalet explores the history of the city of Paris through paintings, photographs, sculptures, furniture, and more. Highlights include a set of Napoleon’s toiletries and death mask, a recreation of Marcel Proust’s room, and many objects from the French Revolution.

The Palais-Royal was once known as the Palais-Cardinal. It was the 17th-century residence of Cardinal Richelieu, and then of the Dukes of Orléans. Later demolished in the 1930s, its rows of columns still stand between the Cour d’Honneur and the Palais-Royal Gardens. This forms an art installation known as Les Colonnes de Buren.

Located next to the Bois de Boulogne park, the Piscine Molitor is an art deco swimming pool. Originally built in 1929, it became famous for being where the bikini was introduced by Louis Réard in1946. However, the pool was closed in 1989 and fell into disrepair, before being rebuilt and reopened in 2014.

After France gifted the iconic Statue of Liberty to the U.S. in 1886, the Americans gave them a smaller version in 1889 (commemorate the centennial of the French Revolution). This statue now sits at the southern end of Île aux Cygnes, an artificial island built in the Seine. You can even see it from the nearby Eiffel Tower.

The “Museum of Fairground Arts” is dedicated to all kinds of antique carnival objects and attractions dating from 1850 to 1950. Many of the items come from the private collection of Jean-Paul Favand, including wooden carousels, fair stalls, and swings. You can even play some carnival games and have a go on some of the rides here. Just remember that reservations need to be made in advance.

Dating back to 1852, the Petite Ceinture railway predated the Paris Métro, circling through the city and serving urban travellers from 1862 to 1934. However, it was eventually abandoned. Parts of it are now overgrown with colourful flowers and greenery, or are covered in vibrant graffiti and street art. You can find the entry points to the railway line hidden in the outer arrondissements (the 12th to 20th arrondissements).