Traditional Welsh food is shaped by the natural resources of Wales and the lifestyles of those working the land. As such, much of it is simple and wholesome. Wales is famous for its lamb and beef, having a long tradition of rearing cattle and sheep.

Another symbol of Wales is the leek, which along with cabbages have long been a staple of Welsh food. The country is also known for its seafood and varieties of cheese. Today, Welsh food is undergoing a sort of renaissance, with restaurants and chefs creating variations of these traditional staples. 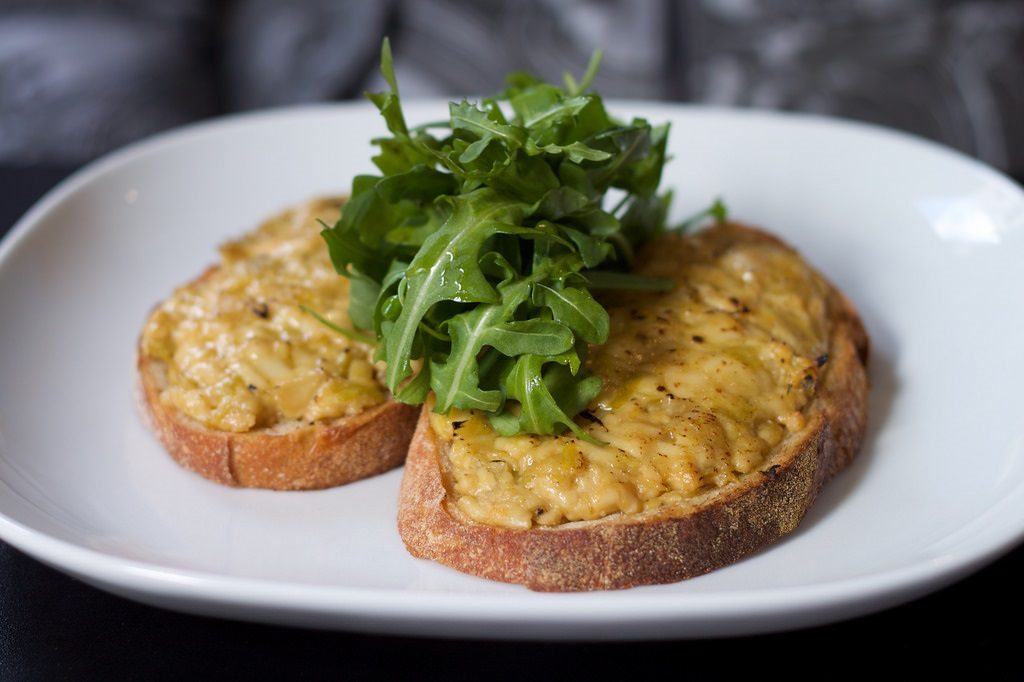 Said to date back to the 18th century, Welsh rarebit is essentially a version of cheese on toast. It is made with cheese, mixed with eggs and milk which is seasoned and baked on bread. Early records from 1725 call this dish “Welsh Rabbit,” even though rabbit has never been a part of this recipe. Today mustard, cayenne pepper and Worcester sauce are often added. There are also variarions with fried egg or tomatoes. 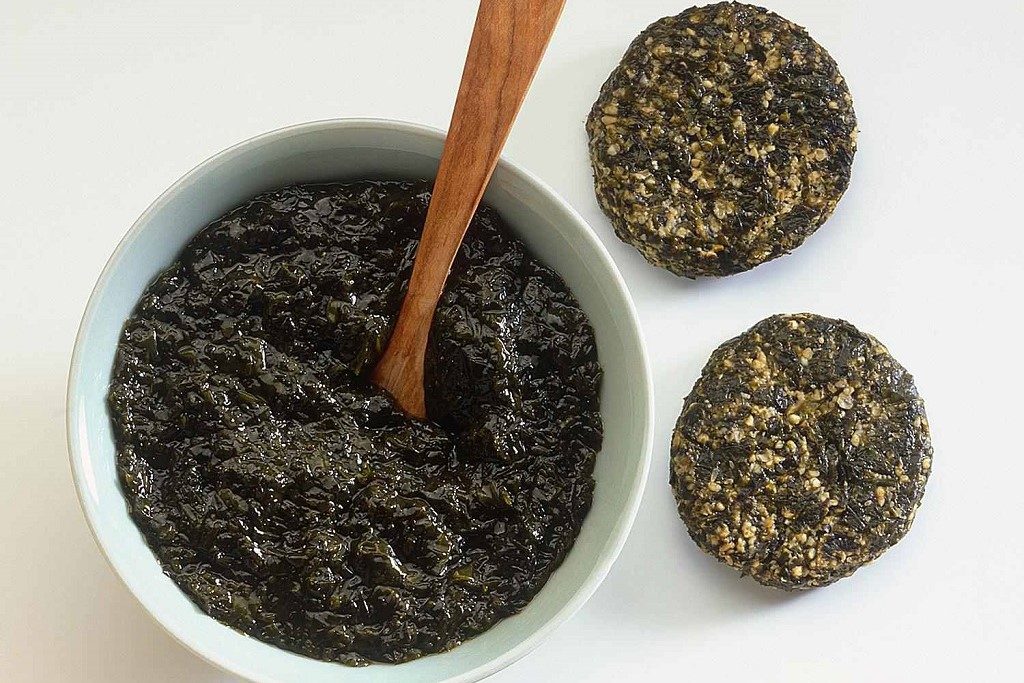 This delicacy, also known as bara lawr, is made with a type of edible seaweed and is an important Welsh food. A seaweed known as laver (which is found all over the world) is gathered and minced. High in protein and iron, it is eaten with toast, seafood, or oatmeal. It is also called “Welshman’s Caviar.” Recipes for Laverbread date back to the 17th century, and the seaweed can also be baked into oatcakes. 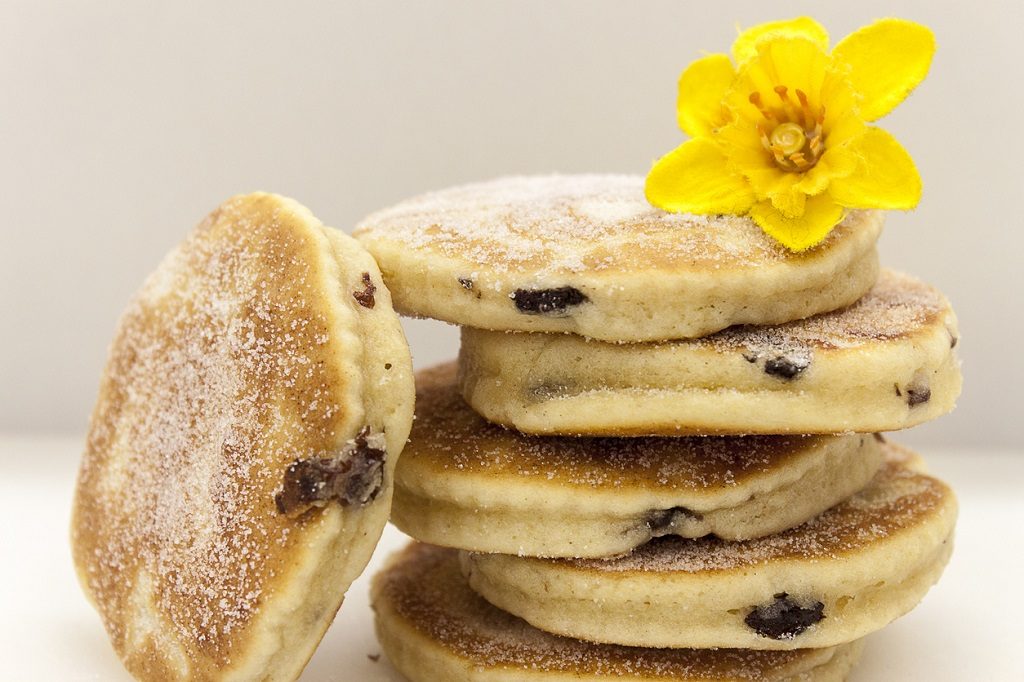 The delicious round Welsh cakes are traditionally made from flour, butter, currants, eggs and milk. They are often dusted with sugar and are similar to the scone. However, the Welsh cake is cooked on a griddle, unlike the scone which is baked. 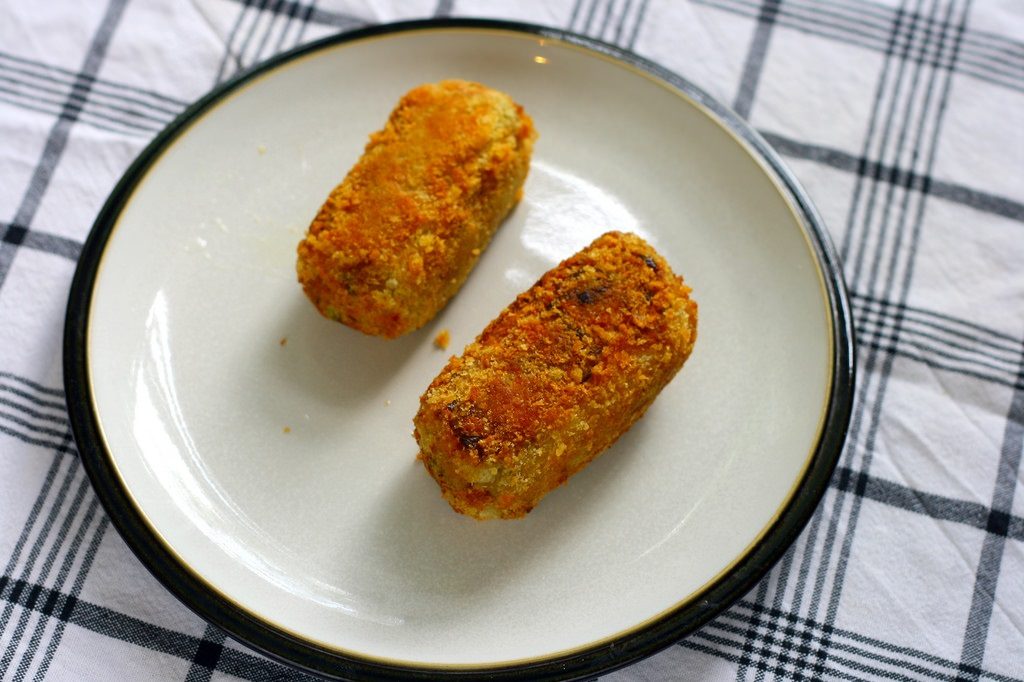 The vegetarian Glamorgan sausage is a traditional Welsh food made with leeks, herbs, cheese and breadcrumbs that are fired. While it has been around for centuries, the earliest mention dates back to 1850 in the book Wild Wales. However, this version used pork and Glamorgan cheese. While the cheese is no longer available (Caerphilly cheese is now used), the modern vegetarian version became popular during World War II, when meat was rationed. 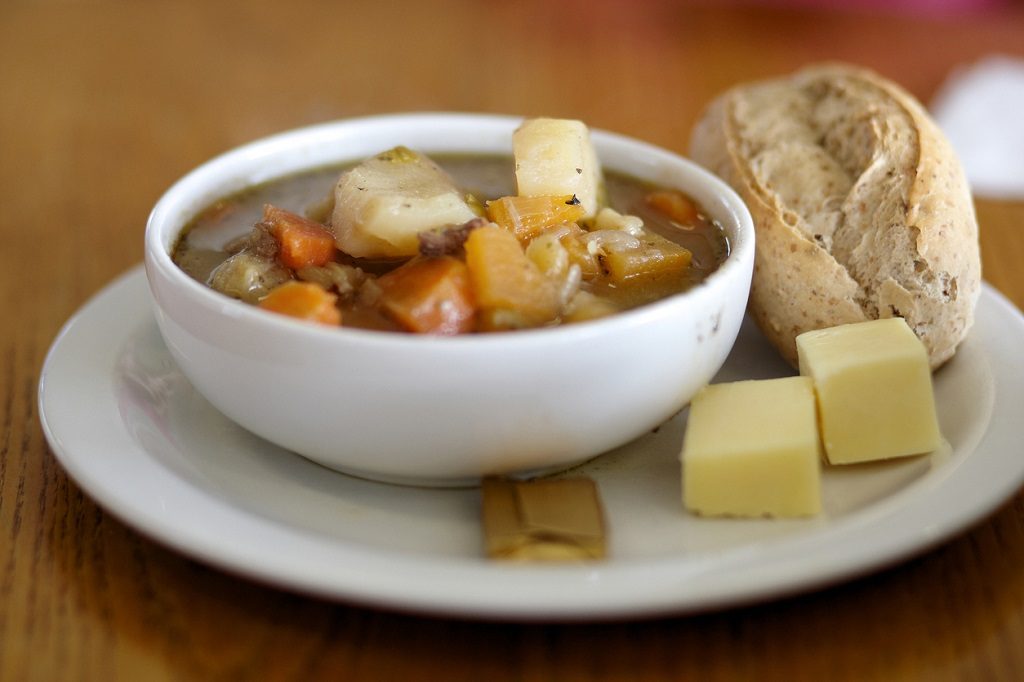 Cawl is a traditional Welsh soup or stew that usually consists of lamb or beef, bacon, leeks, cabbages, swede, and potatoes. While there are many regional variations, this comfort food is often served on St David’s Day in March with chunky bread and cheese. The earliest mentions of Cawl go back to the 14th century when it was often eaten in the winter months 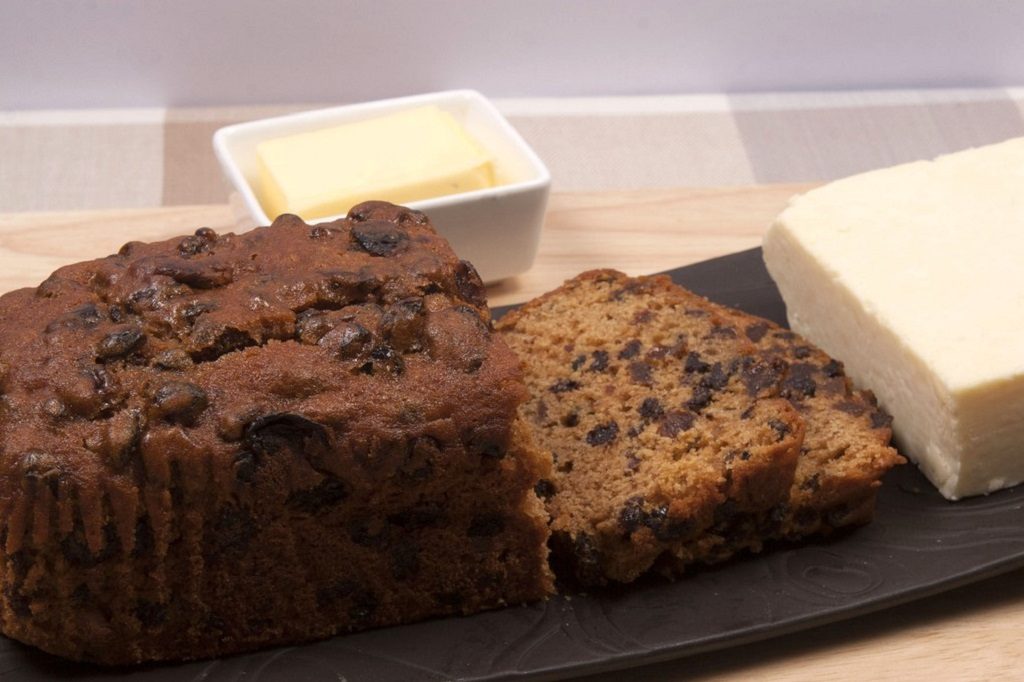 Literally meaning “speckled bread,” this spiced tea loaf is a popular traditional Welsh food. It is flavoured with tea, dried fruit and mixed spices before being baked. Bara brith is usually sliced and buttered and enjoyed at tea time along with various other Welsh cakes such as teisen carawe (caraway seed cake), tease sinamon (cinnamon cake) and teisen mêl (honey cake). 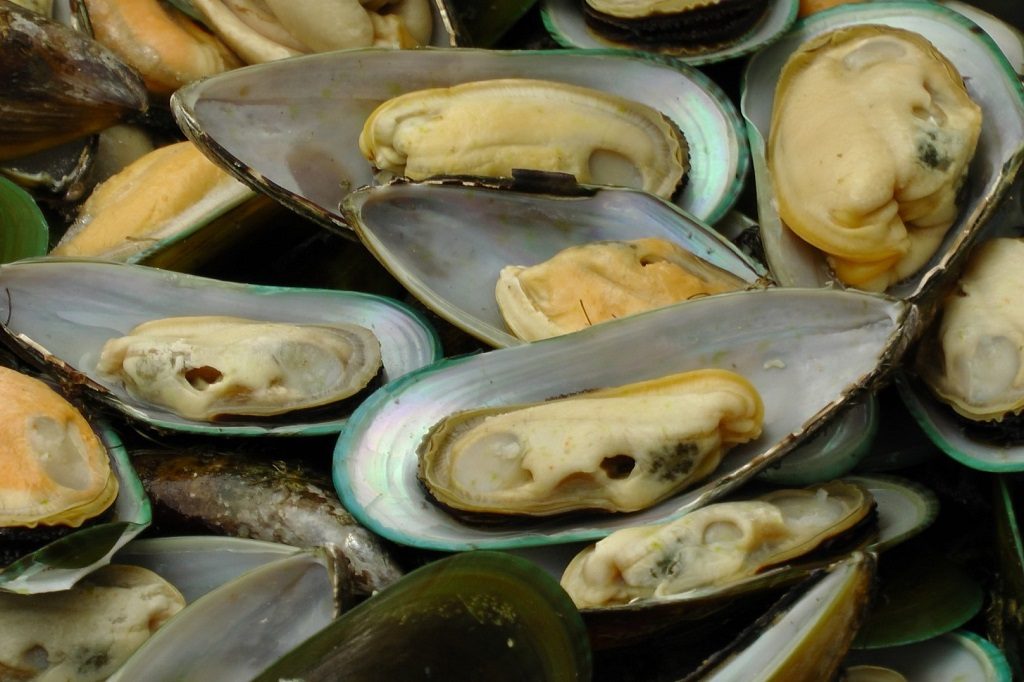 The northern Welsh fishing village of Conwy is famous for both its castle, and for its delicious mussels. Sitting on an estuary of the River Conwy, the mix of fresh water and saltwater create large and colourful molluscs that have a distinctive rich and fresh flavour. They are still collected in wooden boats, much as they were 200 years ago. However, they are a seasonal treat, and are not usually available during the summer. 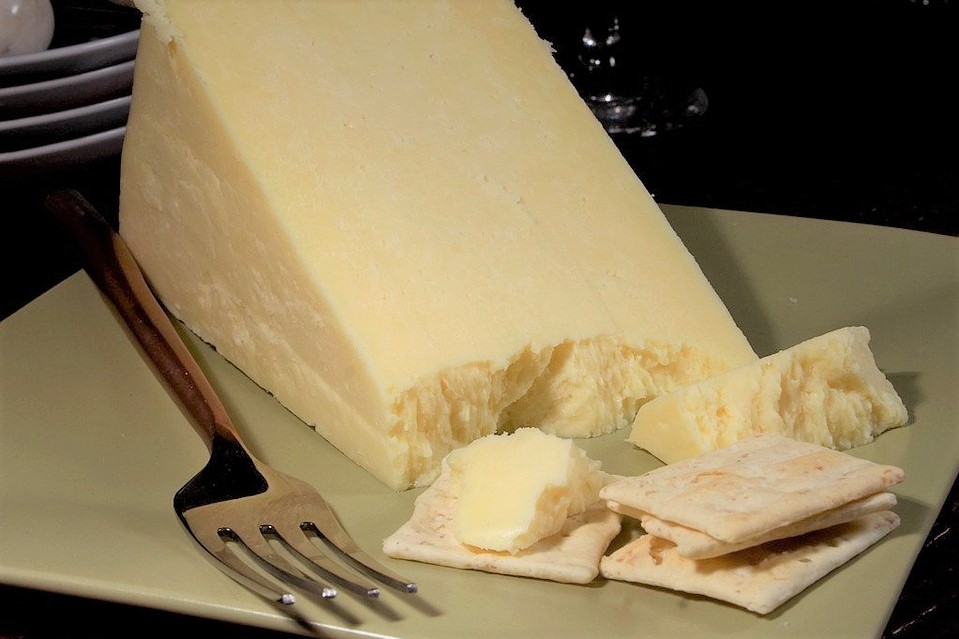 Welsh food is famous for its many cheeses. However, the crumbly white Caerphilly cheese is probably the best known. This cheese has a mild and salty flavour similar to buttermilk. The town of Caerphilly, also famous for its castle, even holds a three-day annual festival to celebrate this cheese.

Welsh food is just some of the many  regional cuisines of the United Kingdom. You can explore more delicious food here.