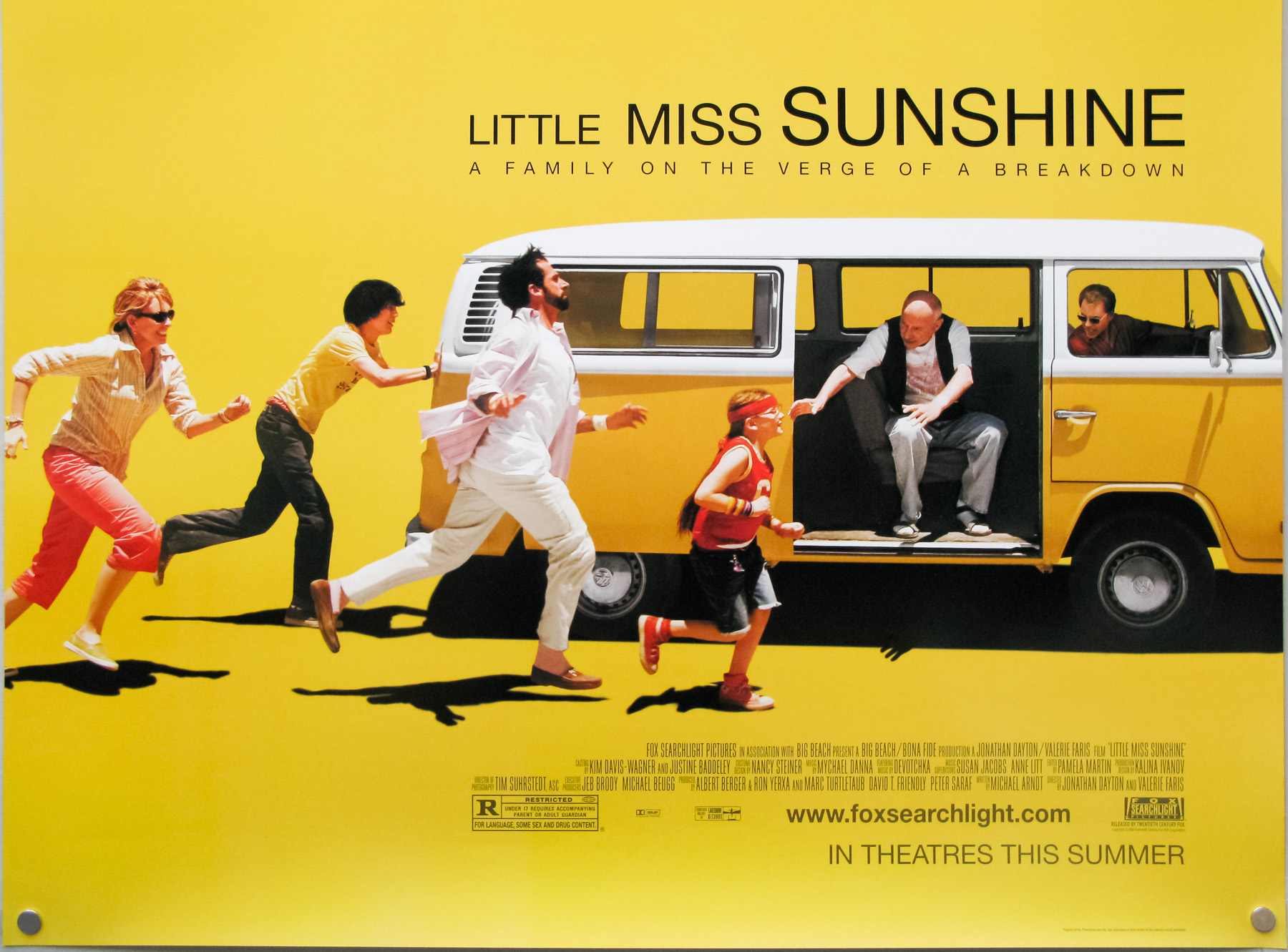 A dysfunctional family coming together for a road-trip spells chaos. Little Miss Sunshine offers the audience a delightful blend of chaotic emotion and familial bonding. All this happens during the course of one single journey. This movie is directed by Jonathan Dayton and Valerie Faris. The 2006 comedy-drama film revolves around the Hoovers as they race against time to help their daughter enter the ‘Little Miss Sunshine’ beauty pageant.

With a star-studded cast including Toni Collette, Steve Carell, Greg Kinnear, Alan Arkin, Paul Dano and Abigail Breslin, we witness a middle-class American family grapple with love and loss as they come to terms with who they really are. The film centres on Olive (Abigail Breslin), an ambitious 7-year-old, who spends most of her time day-dreaming about being a beauty queen. Glued to the television screen day after day, she stares awe-struck at pageant winners as they effortlessly radiate poise and grace. Abigail Breslin stunningly manages to embody the doe-eyed wonder and naiveté that only a 7-year-old could have.

The rest of the Hoovers are struggling with their own little battles. Sheryl (Toni Collette), Olive’s mother, has to take on the responsibility of her suicidal brother Frank (Steve Carell) while she struggles to maintain her eccentric family. Frank, a genius scholar, is recovering from a suicide attempt after a failed romantic relationship.

Greg Kinnear plays Richard Hoover, Sheryl’s husband and Olive’s father, a man ironically bending over backwards to sell his motivational book on being a winner in life. Alan Arkin plays his father, a rebel in his old-age, determined to live the most of his life before it’s too late. Arkin is terrific as the acerbic, no-nonsense grandfather of the family, who calls a spade a spade. Paul Dano plays Dwayne, the angsty teenage son of the family who aspires to become a test pilot someday.

The family grudgingly sets out on long road-trip, making their way from New Mexico to California to reach the beauty contest in time. Each of the characters has their own epiphanies during the journey. The directors manage to capture each of the characters’ individual realisations and their evolving dynamic as a family exceptionally well.

The theme of what it really means to be a winner, runs throughout the film.

This quintessential American family chasing the ever-elusive American dream has to suddenly re-evaluate a huge part of their lives on this single road-trip.

The cinematography of the film is particularly affecting, with the camera capturing huge, sweeping landscapes as the family squabble their way to California in a yellow microbus. Travel in the film isn’t just a necessary plot point but rather a narrative device that allows the characters to understand themselves. Travel here becomes a mean of self-discovery and reflection. Long journeys offer mental solitude even in the presence of other people. As these characters pensively look out of their passenger windows, their eyes search for some kind of meaning. The cast uses these specific moments to play off each other brilliantly.

The yellow micro bus that gets them through their journey!

Richard wants his daughter to win so badly, he inadvertently projects so many of his own failures onto her, pressuring her to win the pageant at any cost. Little Olive now wants to win not for herself, but to make her father proud. The film examines notions of body image, self-esteem and the pressure to look and behave a certain way even at the tender age of seven. It also subtly critiques the beauty pageant culture and the kind of unreal standards of beauty it creates for the world.

In one of the most emotional moments of the film, Olive tells her grandfather that she’s afraid of being a loser to which he wisely reassures her by saying, “Losers are people who are so afraid of winning, they don’t even try.” This single line perhaps best reflects the heart of ‘Little Miss Sunshine.’ It was never about Olive winning or losing, it was about her realising that making an effort and putting yourself out there is what is always most important. The film neatly wraps up each character arc satisfactorily with an end that is heart-warmingly sweet.