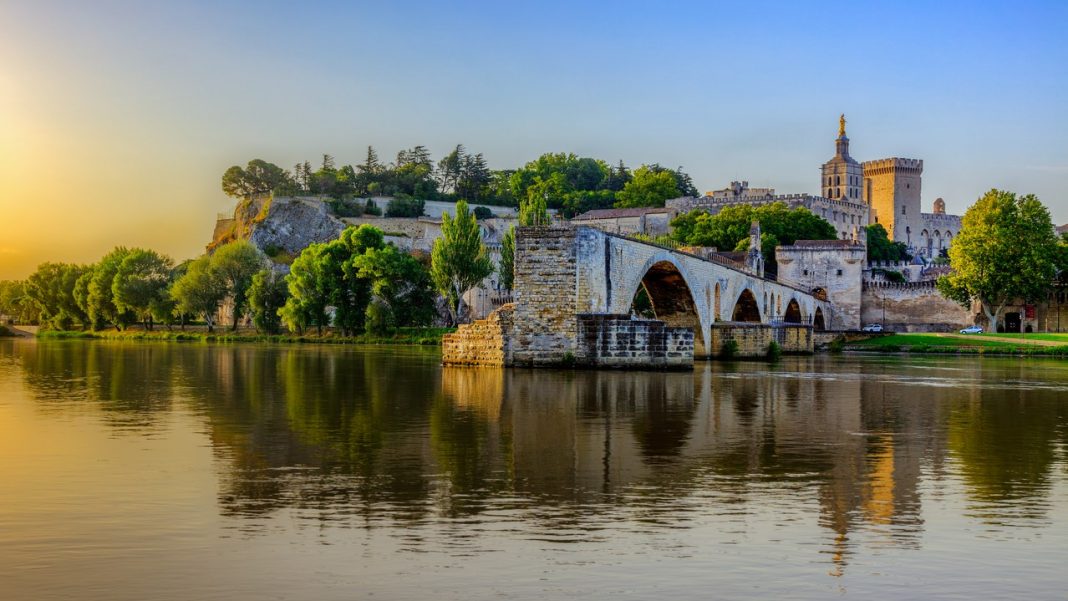 France is one of Europe’s top tourist destinations and is filled with iconic cities such as Paris, Nice, Lyon, and Marseille. However, many of these places are often both expensive and crowded. So, if you’re looking to escape the hordes, why to check out one of the many underrated towns in France.

Set along the Rhone River, Avignon is most famous for its 14th-century Pope’s Palace (Palais des Papes) which houses several popes between 1309 and 1327. It remained under the church until the French Revolution in the 18th century. You can also explore the Old Town’s ramparts, and its markets.

Located in the Hauts-de-France region, Lille was once a Flemish town, that was captured by King Louis XIV of France in 1667. It is filled with historic buildings and rich culture (like the Palais des Beaux-Arts, which has the second-largest art collection in France), and delicious food.

The charming village of Giverny has been home and inspiration to many Impressionist painters such as Manet and Renoir, and perhaps most famously, Claude Monet. Here you will find his home and gardens, as well as the Claude Monet Museum and the nearby Musée des Impressionnismes.

Just north of Normandy, the harbour town of Honfleur lies where the Seine meets the English Channel. The breathtaking coastal landscape inspired Claude Monet, and his tutor, Eugene Boudin, before him. Don’t forget to visit the wooden Church of St. Catherine and explore the boat-filled Le Vieux Bassin.

Along the River Seine lies the picturesque medieval town of Rouen. Among its half-timbered houses lies the Norman Rouen Cathedral as well as the fascinating Gros Horloge, an astronomical clock. Also here is Rouen Castle, and the Church of St Joan of Arc, which once held Joan of Arc’s pyre in 1431.

Set along a pristine lane in the French Alps, Annecy is close to the border with Switzerland. Against the backdrop of striking mountains, you will find historic castles and cathedrals, as well as opportunities for skiing, hiking and more.

Located in France’s famous Champagne region lies the historic town of Reims. Most famous for its magnificent cathedral, Reims is also known for being where many French kings were once crowned; and for being the location where Germany officially conceded defeat during WWII.

Perhaps most famous for its mustard, Dijon lies in the Burgundy region of France. It is also known for its many churches, each reflecting different architectural styles and built over the centuries. The most stunning of these is the Dijon Cathedral with its colourful roof and thousand-year-old crypt. You can also visit the opulent Ducal palace, and its many excellent restaurants, bars and cafés.

A charming and well-preserved medieval village, Provins is in the Ile-de-France region. It is known for its many medieval fairs and shows, and is also home to over 58 ancient monuments. These include the medieval fortifications and the city walls, as well as the Saint Quiriace Collegiate Church.

Also in the Champagne region is the town of Troyes. Filled with narrow winding streets and half-timbered houses, the town is best known for its Gothic cathedral, small museums, and for its many discount fashion stores.

Strasbourg is located in the historic Alsace region near the border with Germany. It is known for its picturesque half-timber houses, delicious food, and vibrant Christmas markets. It is also the seat of several European institutions, such as the European Parliament.

Roman ruins can be found throughout France, but one of the best places to see them is in Nimes. This is a city in the Occitanie region of southern France. Here you can find a 1st-century amphitheatre, the best-preserved arena in France, as well as the Maison Carrée, a Roman temple dedicated to the sons of Agrippa, among many other buildings.

This medieval town is famous for the gothic Chartres Cathedral that dates back to the 12th century. Many of its stunning stained-glass windows are even the original ones, thanks to their removal during World War II. However, much of the rest of the old town was destroyed by bombs in 1944.

Across the English Channel from the white cliffs at Dover, are France’s white cliffs of Etretat. This small coastal town is known both for these striking chalk cliffs, dotted with natural arches, and for the exciting outdoor activities available here.

Toulouse is often known as the Pink City (or Ville Rose), as many of its buildings are made from pink terracotta bricks. It is most famous for its university, which dates back to 1229, and for its Romanesque Basilica of St. Semin. Running through the city is the Canal du Midi, connecting the River Garonne to the Mediterranean Sea.

Located in southern France, Arles is perhaps best known because of its connection to famous painter Vincent Van Gogh. Set along the Rhône River, it was once a Roman town, and still has many ancient buildings. Don’t miss the vibrant countryside around the city, that is also depicted in many of Van Gogh’s works.

In the heart of the French Basque country, near Spain, is the tranquil seaside resort of Biarritz. There are many wonderful beaches along the Bay of Biscay, all offering opportunities for everything from swimming to surfing. You can also see the unique rock formation known as “the Rock of the Virgin”.

Are there any other underrated towns in France that you would like to visit? If so, be sure to share them in the comments below.