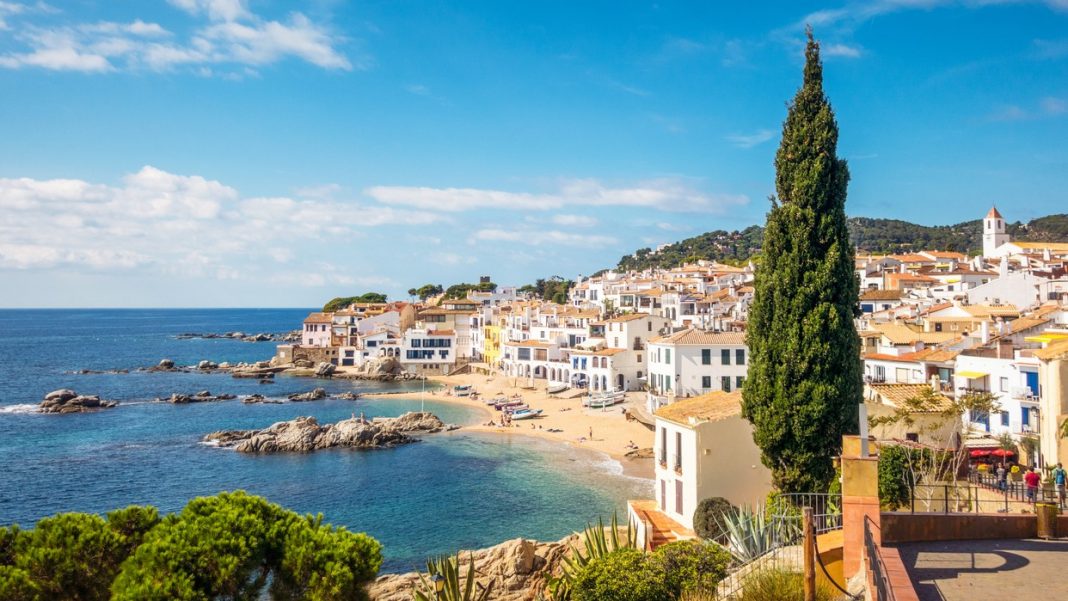 Spain is one of the top travel destinations around the world. Popular destinations, such as Barcelona, Seville, Granada and the Costa del Sol can get quite expensive and crowded, leading to concerns of overtourism. So, to escape the hordes, why not check out one of the many other unique places to visit in Spain.

There are lots of underrated destinations in Spain, so consider swapping some of these popular destinations for more under-the-radar locations across Spain, that can also give you a more authentic experience of the country. Here are 18 amazing and unique places to visit in Spain that pack quite a punch.

Located just an hour away from Madrid, atop an imposing limestone cliff, is the medieval town of Cuenca. Like the more popular town of Toledo, it is perfect for a day trip from Madrid. It has the remains of an Arab fortress, but is best known for its steep cobbled streets and its well-preserved “casas colgadas,” or hanging houses that cling to the cliffs’ edges over the Huécar gorge.

Girona, a city in Spain’s northeastern Catalonia region, is set beside the River Onyar. It is considered the gateway to the stunning beaches of the Costa Brava, though it is also full of stunning medieval architecture and Roman remains. You can visit the walled Old Quarter (Barri Vell), picturesque multi-coloured houses, and the Passeig Arqueològic, a walkway allowing the medieval walls.

An hour away from Seville lies Carmona, a small but historic city that packs quite a punch. It boasts a Roman necropolis, a Moorish fortress, baroque palaces, and a convent. Don’t miss the town’s main tower, a copy of Seville’s Giralda. The city also has stunning views of the surrounding plains.

Santillana del Mar is a charming medieval town that is sure to take you back in time. Explore its Renaissance palaces and the Romanesque collegiate church of Santa Juliana. Don’t miss the National Museum and Research Center of Altamira, where you can see the amazing prehistoric life and art discovered in the nearby Cave of Altamira.

This small town in the province of Málaga is set atop a series of immense and dramatic stone cliffs. It is full of stunning Moorish buildings and a fascinating bullfighting culture. Be sure to visit the massive Plaza del Toros (the oldest bullring in Spain) and walk across the Puente Nuevo Bridge that spans the El Tajo Gorge.

Located between Madrid and the cities of northern Spain, Burgos is full of stunning medieval architecture. Among these is the imposing Gothic Cathedral of St. Mary, which contains the tomb of El Cid, a Spanish national hero. You can also try some of Burgos’ famous morcilla, or blood sausage.

This mountain range in the southeastern of Spain is located between Madrid and Valencia. Though it’s among the least populated areas in the country, these mountains are extremely popular among hikers, birdwatchers, and butterfly enthusiasts. Many rivers of the Iberian Peninsula start here, such as the Tagus, the Turia and Júcaer. You can also visit the picturesque Albarracín village.

The Almería Province is one of the driest regions in the country, it is also home to the Tabernas Desert, the only desert region in Europe. Its arid landscapes can be seen in many classic Westerns, where it doubles for the American Wild West,  including The Good, the Bad and the Ugly. You can also visit the stunning coastal Cabo de Gata-Níjar Natural Park, and the city of Almería, with its fascinating Moorish architecture.

The northwestern region of Galicia is filled with lush green landscapes and a strong Celtic influence. The town of Ourense has some of the largest geothermal hot springs in Europe, and you can also visit its Roman bridge, the western Cape Finisterre cliffs which were once believed by the Romans to be the end of the world, and the Galicia National Park.

The beautiful and historic town of Segovia in central Spain is known for its rich architectural legacy. The towering ancient Roman aqueduct, with its 160 arches, the medieval Alcázar  de Segovia, once a palace of the monarchs of Castile (an the inspiration for Cinderella’s castle in the Disney film), and the city’s ornate Gothic cathedral with its  elaborate spires and museum are just a few of this city’s many amazing sights.

While Spain’s Costa del Sol is famous for its sunny beaches, but the equally amazing neighbouring costas sometimes get overlooked. Among these is the Costa de Almería, located in the province of Almería, in Andalusia. Covering over 200 kilometres, it is full of dramatic beaches, desert landscapes, and charming towns.

One of the most underrated regions of Spain is Extremadura. While it may not have mountains or beaches, its is full of green meadows, grand medieval towns and vineyards. Visit the town of Mérida, which has some of the most well-preserved Roman ruins in Europe, including a 2,000-year-old theatre, the hilltop town of Trujillo, or the medieval city of Cáceres that is surrounded by Moorish walls.

Located in the province of Cádiz, Setenil de las Bodegas is set along a narrow river gorge of the Rio Trejo. It is famous for its whitewashed buildings set into rock overhang and cliffs above the gorge. The town is also known for its delicious pork products and pastries. Above the town is a Moorish fortress and the Torreón del Homenaje, and nearby lies the Ruins of Acinipo and a Roman theatre.

One of the most spectacular national parks in Spain, the Ordesa y Monte Perdido National Park is located in the Pyrenees mountain range. It is known for its many canyons, including the Ordesa canyon with its dramatic waterfall and amazing views; the cool green pools at Añisclo; alpine meadows of the Pineta canyon; and lammergeier vultures that live in the Escuaín canyon.

The province of Girona, in Catalonia, is home to the town of Puigcerdà. Set on on the banks of a lake in hilly in northern Spain, and on the border with France, it looks like it could be in Austria or Switzerland. The town is also full of 10th-century churches, it is also on the pilgrimage route from Santiago to Compostela.

A picturesque fishing village in north-west Spain looks like a town on the Italian Riviera. Tall houses with bright terracotta roofs painted in pastel colours line the natural harbour. According to legend, the town was founded by the Vikings, and it is also known for its restaurants and cafés, as well as its sandy beaches.

Located on the banks of the Guadalete River in the province of Cádiz, in Andalusia, the whitewashed hill town of Arcos de la Frontera is set atop towering vertical cliffs. Filled with narrow, winding streets, it is known for its Stone Age caves and Roman ruins. Don’t miss the Castillo de Arcos, a medieval Moorish castle, and the historic Basílica Menor de Santa María de la Asunción.

The Ria de Arousa inlet is home to the small island of Arousa. It is connected by a bridge to the town of Vilanova de Arousa on the mainland. The island is full of white sand beaches and dense pine forests and is also known for its clams. You can also visit the Carreirón Natural Park, which protects heron bird populations.

Are there any other unique places to visit in Spain that you would like to see? If so, be sure to share them in the comments below.