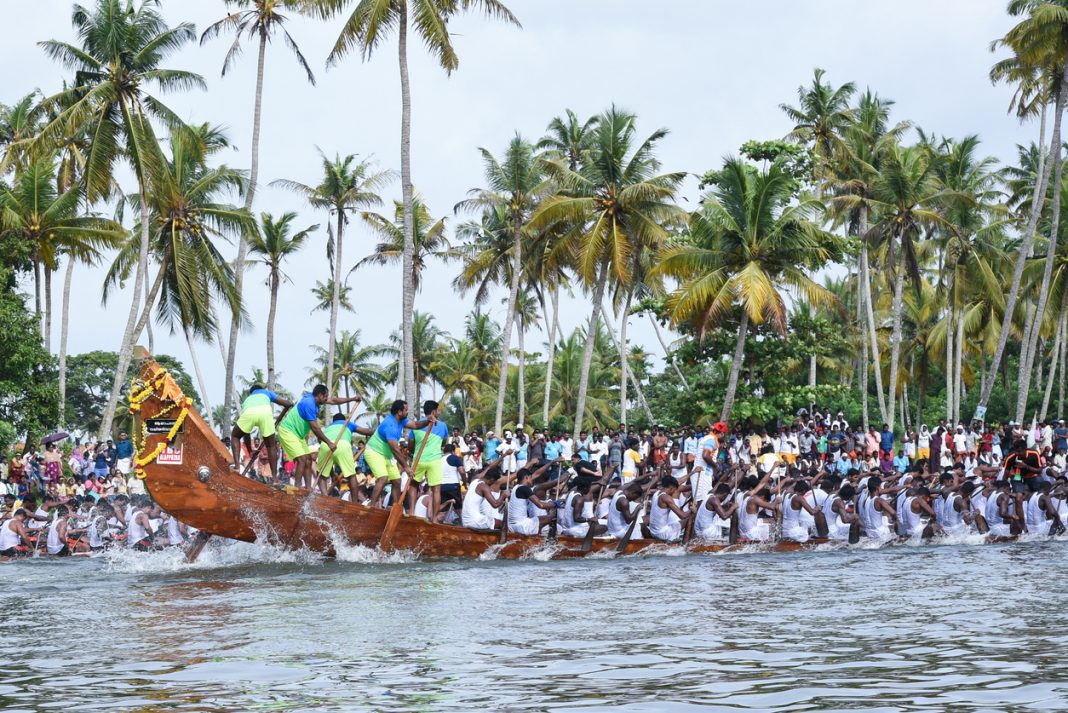 Celebrated annually with its origin in Kerala, Onam is one of the biggest cultural festivals of the state. It is a traditional ten-day harvest festival to mark the homecoming of the mythical King Mahabali. This vibrant festival is celebrated when the monsoon bids adieu leaving the sky blue, fields green and filling the heart of people with happiness and togetherness. During this grand celebration, the Land of God’s Own Country turns into a riot of colours and shows Kerala’s distinct medley of traditions.

According to the Malayali calendar, the festival of Onam falls in the month of Chingam overlapping with the months August-September on the Gregorian calendar.

Why: The History Behind Onam 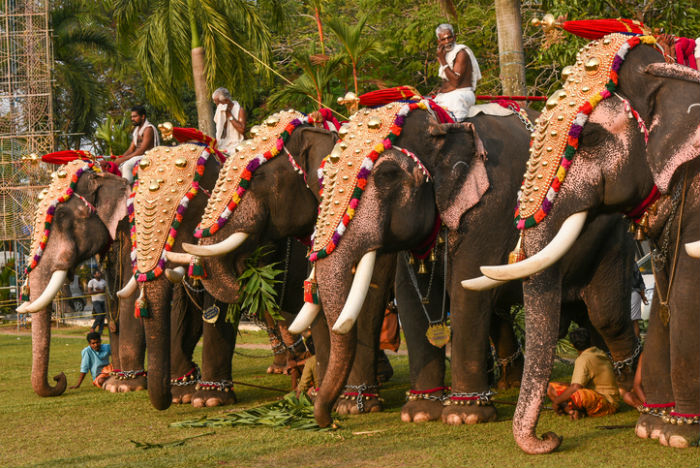 According to Hindu Mythology, the history of Onam goes back to the Bhagavata Purana, a sacred text that spins the story of King Mahabali dating back to the time when Kerala was ruled by him.  He was a demon King and a fervent devotee of Lord Vishnu. However, Mahabali was extremely generous and virtuous as a ruler. So much so that during his reign, Kerala reached heights of prosperity and his fame rose even to heaven. Devas (Gods) then, seek Lord Vishnu’s help because they feel threatened by Mahabali’s power and popularity.

Lord Vishnu takes on the avatar of a poor Brahmin priest called Vamana avatar to test Mahabali’s devotion. Upon appearing in front of the King, the Brahmin asks for three paces of land from his widely outspread kingdom. Now, Mahabali known for his kindness although surprised by the boy’s wish agreed to grant it. Vamana grew in size and covered the land with one foot and heaven with another.  When he asked where to place his third foot, Mahabali offered his head. Therefore, Lord Vamana sent King Mahabali to the underworld (Pathala) with his foot but pleased by his devotion, offered him with immortality and allowed him to return to his land every year. Thus, Onam is celebrated in Kerala every year to welcome the king’s homecoming.

How is Onam Celebrated? 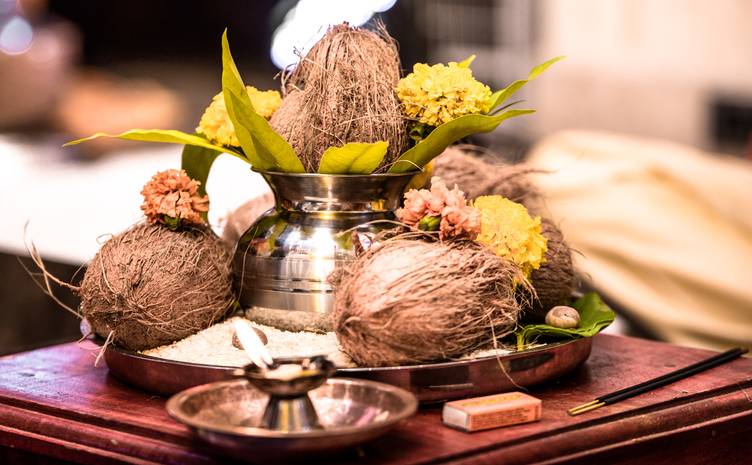 What started as a harvest festival has now evolved into a massive religious and cultural event with endless celebrations across Kerala and even outside. The rituals contribute to the charm of the festival while also reflecting the traditions and culture of Kerala in the most unique way. Onam invites travellers who are eager to sink in the cultural pleasure and aristocratic opulence of God’s Own Country.

Onam in Kerala is a spectacle to watch. It is welcomed with a diverse range of activities and celebrated with great pomp and enthusiasm. The life of the festival lies in its cultural practices with a repertoire of events ranging from boat races, dance forms, extravagant flower decorations, colourful art, elaborate meals and traditional clothing.

Onapookalam is simply a floral carpet that’s decorated with flowers and petals during Onam season. It is filled with several varieties of flowers forming patterns on the floor of entrances. Pookalam is very similar to Rangoli that’s decorated by people in other parts of India. Many Pookalam competitions are held in all parts of Kerala. 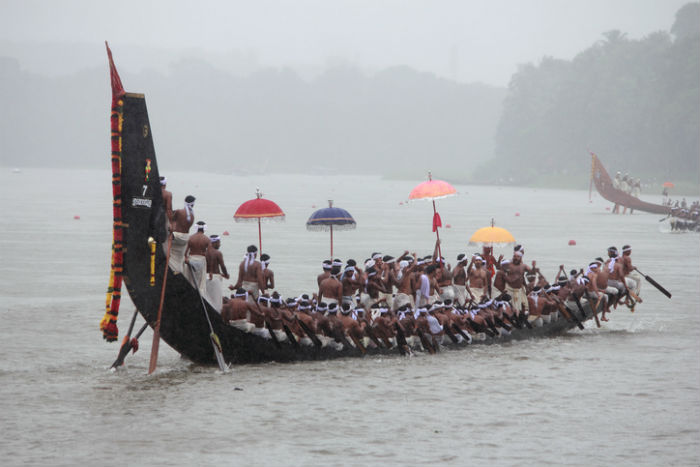 The famous Boat Race is an essential event during the festival of Onam and it should not be missed! It includes races of various kinds, such as paddled longboats, snake boats and traditional boats of Kerala. During the race, Vachipaatu or the boat song is sung to entertain the crowd and encourage the canoers. This event can be witnessed on the Pampa River of Kerala.

The Kathakali, a traditional dance form of Kerala, is very fondly known by all. Kathakali artists create a fantastic environment by their magical performances. Apart from this, there are other dance forms such as Thiruvathira, Pulikali, Kummattikali, Thumbi Thullal, Onam Kali, which are performed during Onam.

Sadya means banquet in Malayalam. It is a vegetarian meal that is served on a banana leaf. It has a variety of 29 dishes that are laid over the leaf (it can be more or less) and it reflects the spirit of Onam.

Tip: Don’t forget to visit the Vamanamoorthy Temple in Thrikkakara (also known as Thrikkakara Temple) which is particularly associated with Onam. Situated northeast of Ernakulam near Kochi, it is believed that the festival was originated at this temple. The temple is dedicated to Lord Vamana and the legend has it that it was the abode of good demon King Mahabali. The temple is located right at the spot where the generous king was sent to the Pathala (underworld).

The state government of Kerala also holds a Tourism Week during the festival of Onam.