As the cricket fever gets us all hyped up this World Cup season, we are reminded that Cricket isn’t taken lightly across the world. It is even treated as a religion by many Cricket-fanatics. But, thanks to this fanaticism, we have a number of different cricket stadiums all over the globe, each with their own unique character and personality. So here is a list of 10 best Cricket stadiums from all over the world.

Let’s start with the Home of Cricket, Lord’s, and this iconic ground which was built in 1814. Named after its founder, Thomas Lord, the Lord’s cricket ground is home to the Marylebone Cricket Club, and also the county team Middlesex of London. The seating capacity of this iconic stadium is 30,000. It is located in St John’s Wood, London and is known for its architecture as well. And who can miss the alluring view of the Worcester River that can be seen from the stadium?

Situated at 4780 feet above the sea level, the home stadium for Kings XI Punjab is, this cricket ground is only a decade old.  But what it doesn’t have in years, it makes up with its picturesque setting. Perched on the top of Kangra Valley, the supporters enjoy the cool salubrious air and a stunning view of the mighty Dhauladhar Mountain peaks in the backdrop. Due to its unique setting, it has become a world-class cricket destination in a very short time. 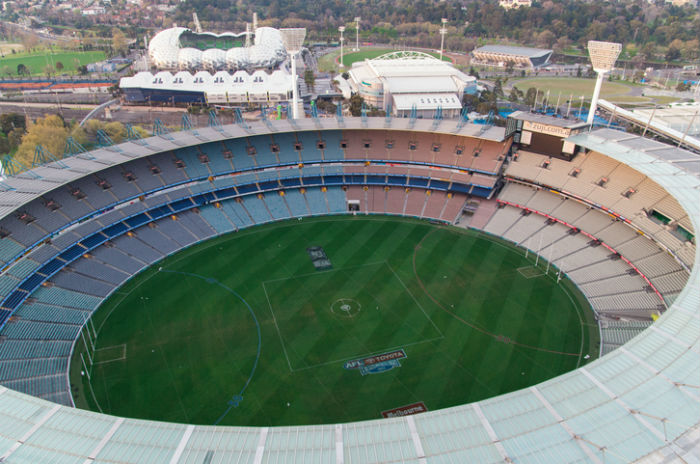 With an astonishing holding capacity of 90,000 spectators, Melbourne Cricket Ground is the largest stadium in Australia–the 10th largest stadium in the world; and the world’s largest cricket stadium. Located just walking distance from the city centre, MCG was built in 1853 and has the tallest light towers for any sporting venue in the world.

We know that in India, Cricket goes beyond just a ‘sport’. With a capacity of nearly 70,000, Eden Gardens is the second largest stadium in the world (in terms of capacity) and one of the largest stadiums in India. It was set up in 1864 in Kolkata and is home to the IPL team Kolkata Knight Riders. 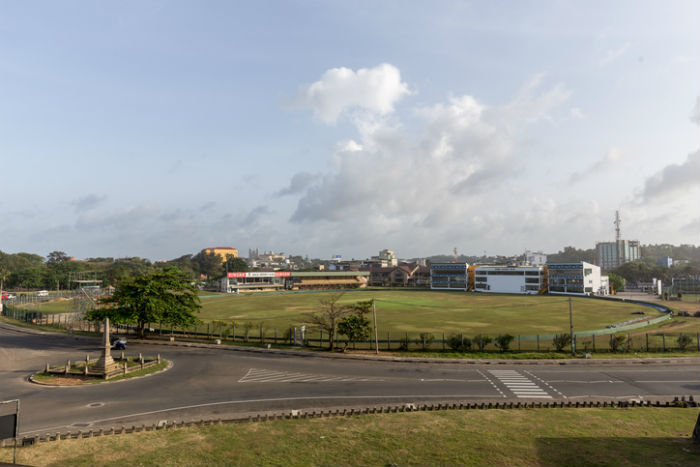 This Sri Lankan stadium is located in the southwestern city of Galle and has a capacity of more than 30,000 people. Flanked by the Indian Ocean on two sides and the famous clock tower of the 16th century Dutch Fort towering above made it one of the most scenic venues of the world. But unfortunately, it was devastated along with the entire south coast of Sri Lanka by a terrible tsunami on December 26, 2004. Formerly known as The Esplanade, it has undergone extensive reconstruction over the last decade.

Built-in 1845 and located in Kensington London, as the name suggests resembles the ‘oval’ shape. This venue was the first ground to host international Test cricket in 1880 and is also considered the historic venue; it was where the foundation of the rivalry between England and Australia was set.

Originally built in 1956 to replace the Old Wanderers Stadium, this stadium in Johannesburg has the capacity of 34,000 people. Due to the intimidating atmosphere and screaming fans at this stadium, it is named as a ‘Bullring’. It is also the home ground for the Highveld Lions and is known t have hosted the ICC World Cup Final in 2003 when Australia won over team India.

Established in 1848 in Moore Park, Sydney, this is one of Australia’s oldest and most prestigious public sporting stadiums. It has capacity strength of around 48,000 and it also covers a playing area of 156m long and 154m wide distance. While it is a multi-sport style stadium it is mainly used for hosting international cricket matches.

Another Australian ground with a great history behind it, the Western Australian Cricket Association Ground or simply W.A.C.A was established in 1893. Renowned for having the fastest pitch in the world, W.A.C.A can also accommodate 20,592 attendees; or 23,859 with temporary seating. The stadium is located in Perth, Western Australia and has a playing area which is 149m long and 139m wide.

Formerly known as Pickwick Cricket Club, Kensington Oval in Barbados was established in 1871; hence, it is the oldest cricket ground in the Caribbean. Another stadium known for its fast and bouncy pitch, this famous cricket stadium has a seating capacity of 28,000. Located on the outskirts of Bridgetown, this cricket arena was also given a $45 million makeover for the 2007 World Cup.

Hopefully we have included all of your favourite cricket stadiums from around the globe; if not, do let us know in the comments below!