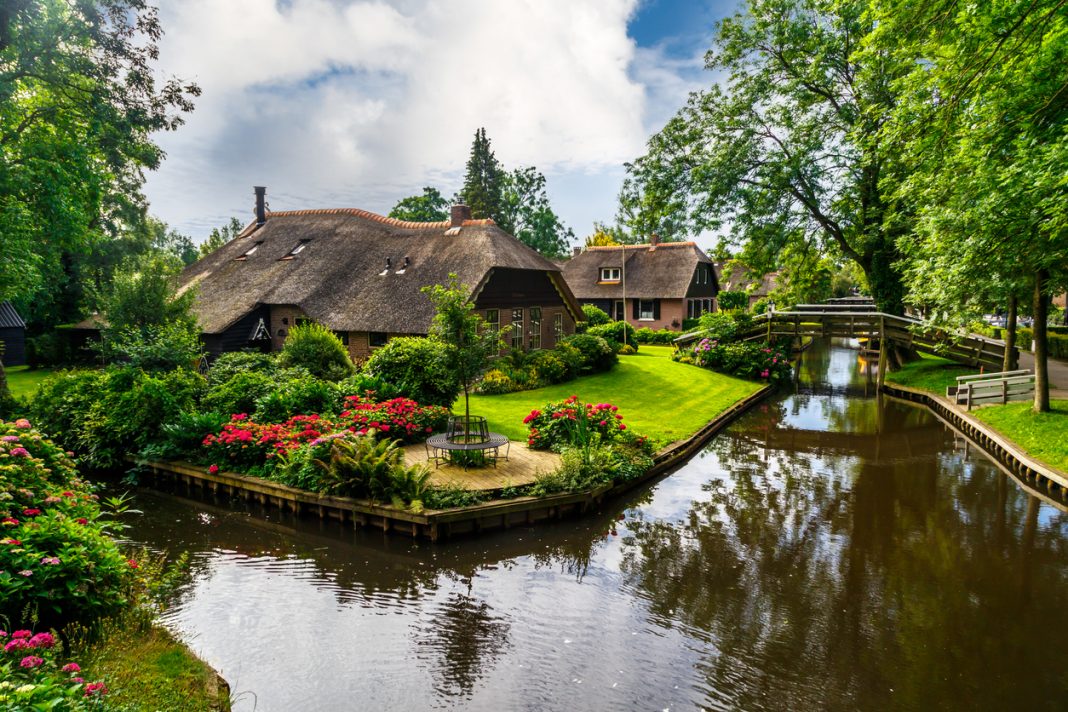 Giethoorn is a small Dutch Village located within the De Wieden nature preserve, in the Dutch province of Overijssel in the Netherlands. This little village has no streets, only canals, walking paths and bike trails. Also known as Venice of the North, this picturesque town is built on water crossed by a few bits of land and hence, can only be explored by foot or by boat.

The famous water village Giethoorn was founded around 1230 by a Protestant religious group-the Flagellants, whose members, in order to escape the persecution, decided to take refuge in this area that was used mostly for trading peat. Once settled, they started to build an extensive network of channels, the same one Giethoorn is known for. It has over 180 small bridges, with the canals which are used as the main mode of transport.  Footbridges over the canals are the only other mode of transport in the region.

This quaint village is located in the northeastern part of Netherlands in the Dutch province of Overijssel. The village belongs to the Steenwijkerland municipality and is situated 5 kilometres southwest of Steenwijk. Giethoorn – just like capital city Amsterdam – has earned the moniker ‘Venice of the North’ because of its striking similarity with Venice in terms of its canals. 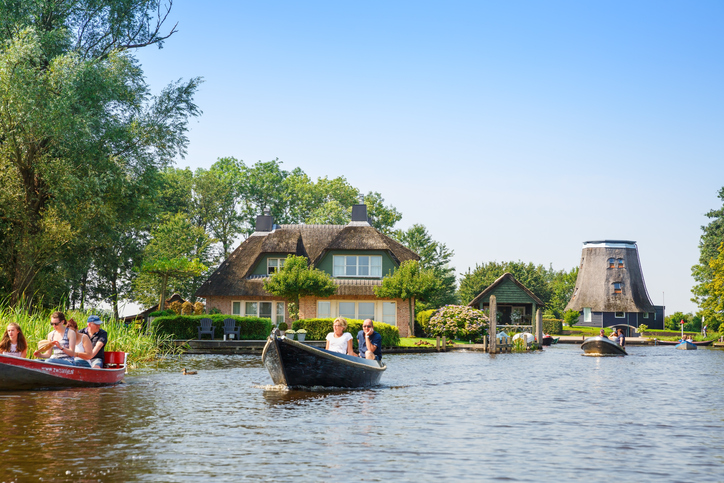 While this little sleepy town is beautiful any time of the year, it is hugely popular during the summer and spring season. So, plan your trip during these seasons as the weather remains pleasant enough to take a ride.

During spring, the flowers are blooming, the grass is greener than in other seasons, and the sun is almost certainly shinning.  But, if you wish to avoid crowds and peak season then, try to steer clear of August when the village usually gets too crammed up with tourists.

Things to do in Giethoorn

A boat is the best way to explore this fairytale village. So you can either rent a boat or buy a ticket for a cruise on the canals. There are many boats renting options so you can navigate most of the town via boat or you can tour the canals with a seasoned guide. 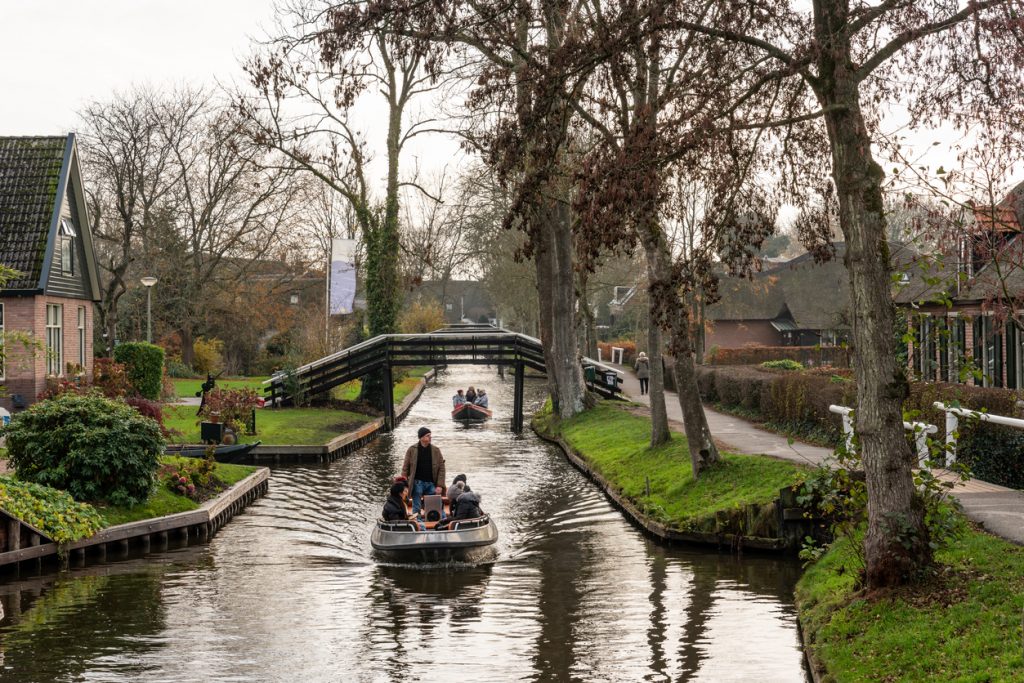 Take a walk around this quaint Dutch village and for the main route you can choose is the Binnenpad which is also the most colourful and “Instagrammable” one here. On this street, you will be able to see some of the cutest houses and gardens.

Visit Museum De Oude Aarde and its collection of fossils, minerals and gemstones.  This family museum also has some excellent activities for kids, such as a treasure hunt. While the gift shop is very famous among tourists, the highlight of the museum is the largest Aepyornis-egg ever found.

Visit Museum Giethoorn‘t Oude Maat Uus which is housed in an old farm. It is a living museum showcasing the life in Giethoorn around 1900 with costumed actors. And, Yes! The employees are in traditional clothes! You can enjoy your time while you learn about the village’s rich, rural history in a very organized and documented exhibition.

Visit Schelpengalerie Gloria Maris which is a delightful museum dedicated to the beauties of marine life. You can enjoy the wonderful beauty that nature brings from underwater. The museum itself is named after its most prized possession: a rare shell, called Gloria Maris, that’s produced by sea snails in the Pacific and Indian Oceans. It also contains a collection of other valuable shells as well as jewellery and decorative items.

Visit this charming mystic village Giethoorn which is known for its idyllic waterways and do let us know about your experiences below!