Chopta is a picturesque hamlet still not much explored by travellers. It lies in the Kedarnath Wildlife Sanctuary, and is often used as a base by those trekking to Tungnath. It is also a wonderful destination to visit. Mornings at Chopta come with cool breezes, the chirping of birds, and the rays of the sun kissing the top of Himalayas, giving them a crimson hue – a perfect start to the day.

Also Read: What To Do In Auli – A Heaven for Ski Lovers 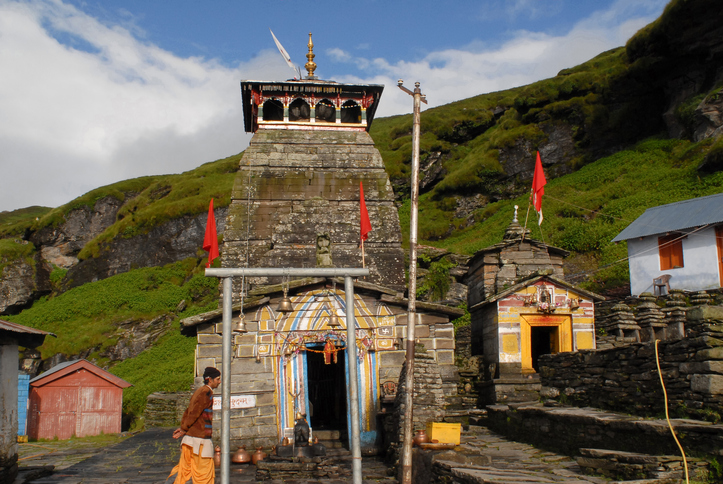 This ancient temple is located on Chandranath Parbat in the Rudraprayag district of Uttarakhand. Tunganath is the highest of the five Panch Kedar temples, and is located at an elevation of 3680m. A short trek of 4 km from Chopta will get you here, though this may be tough in winters due to the heavy snowfall. The temple is associated with various legends, especially the Hindu god Shiva, and the Mahabharata. The Tungnath temple remains closed for around 6 months of the years, during winter. Note that photography is not allowed inside the temple.

Also Read: Chopta Tungnath Trek: Everything You Need To Know 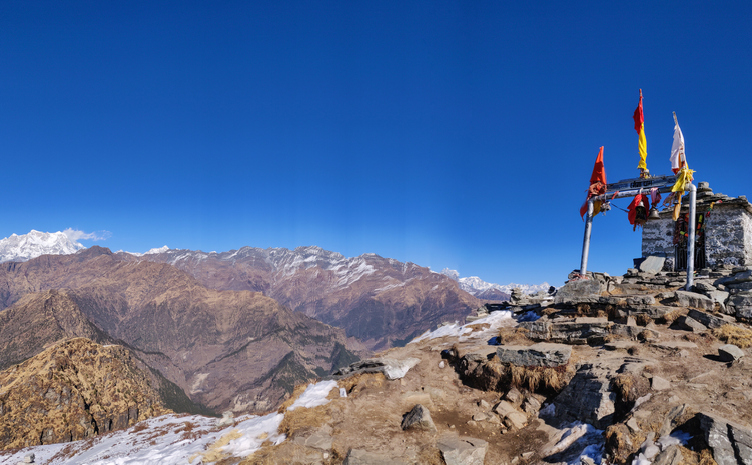 One of the easier treks in the Himalayas is the trek from Chopta to the Chandrashila Peak (Literally “Moon Rock”). It lies just 1km from the Tungnath Temple, and has mesmerizing views of the peaks of Kedarnath, Chaukhamba, Trishul and Nanda Devi. It is at an altitude of 4,000m and has a temple to the Hindu deity Lakshman at the top. Keep in mind that there are no options to camp or stay at the peak, so it’s best to start an early trek in order to return in time.

Ukhimath – The winter Home of Shiva

This small town near Chopta is most famous for its Shiva temple. During the winter, the Shiva idols from the Kedarnath temple, and Madhyamaheshwar are brought here to be worshipped here for six months. Thus, it is a popular Hindu pilgrimage site Ukhimath also has many other ancient temples dedicated to several Hindu gods and goddesses such as Usha, Aniruddha, and Parvati.

Located along the Ukhimath-Chopta road, the serene Deoria Tal is just 2km from the villages of Mastura and Sari. The lake is at an altitude of 2,438m, and is surrounded by dense forests and reflects the snow-covered mountains. It attracts many visitors, as it is also in the vicinity of the Kedarnath Musk Deer Sanctuary. There are a few shops and tea stalls near, but these close at sundown. You are also not allowed to camp here. 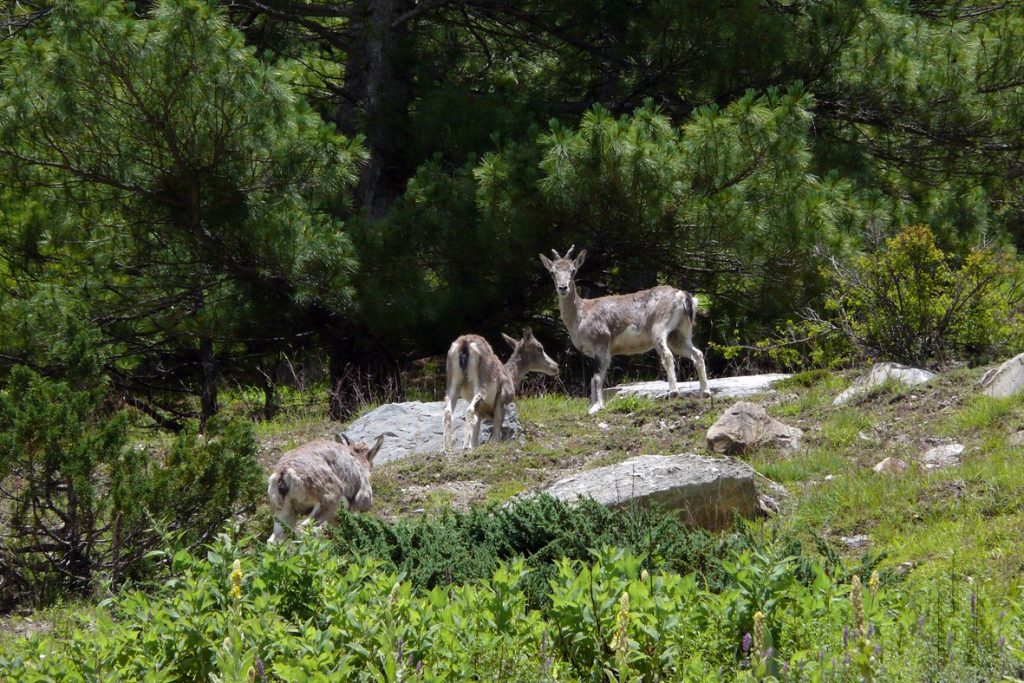 This sanctuary houses the famous and endangered musk deer. Spread over an area of 5 sq km, one can spend an entire day in the sanctuary, watching the deer and exploring the place. The abundance of green vegetation and colourful flowers make the visit memorable.

Have you been to Chopta? If so, do share your experiences in the comments below.