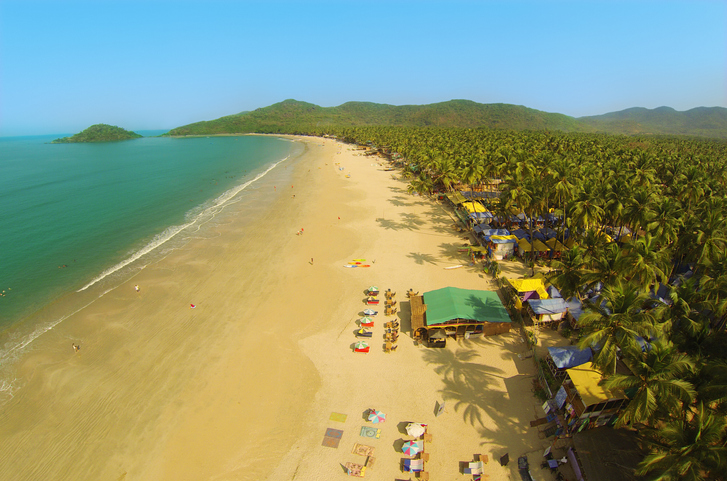 Goa was once a laid-back paradise, and soon became one of the top tourist destinations of India. Influenced by centuries of Portuguese rule and culture, the old Goa is a very different place from the rest of the country. Combined with some of the most beautiful beaches in the country, Goa is indeed a unique tourist destination.

But, on a recent trip to the state, it seemed to have become a victim of its own success. Many areas have been completely overrun by mass tourism and over-construction that threatens to mask the real Goa hidden underneath.

But, what is this “real Goa” we’re talking about? How can a place be itself but not be real? Well, for the purpose of this article, when we’re talking about the “real Goa,” we mean the Goa that existed before it was taken over by the vast machine of mass tourism; before unregulated construction projects popped up along the rivers. Now, it’s definitely true that the rise in tourism has brought a lot of good things (such as increased revenue), and that many welcome this change. Most individuals are sure to have their own unique (and totally valid) view on this.

However, what remains constant is that it does have a serious impact on both the environment and the general culture of the destination, which is what we’ll be looking at here.

What Will This Article Cover?

So, what has the impact of the sharp increase in tourism been on Goa? Goa’s appeal lay in many things, from beaches, fringed by shacks to centuries-old history around every street corner. From churches and temples more than hundreds of years old and still in everyday use to moonlit raves and a nightlife where the sun never seemed to come up. Goa appealed to a myriad lot of tourists—different people who found their own sort of getaway here.

However, with the rise in tourism, and development, let’s take a look at how has the average Goan citizen and Goa itself adapted to the change.

Also Read: A Goa Travel Guide To Some Of Its Most Wonderful Spots

How Has Tourism In Goa Developed Over The Years?

Tourism really took off in Goa only in the 1960s, with droves of European hippies flocking to the beaches. But, by the 1980s, chartered flights and package trips introduced a new type of tourism to Goa. Its new status as a major international tourist destination meant that the influx of visitors greatly exceeded the number of residents. 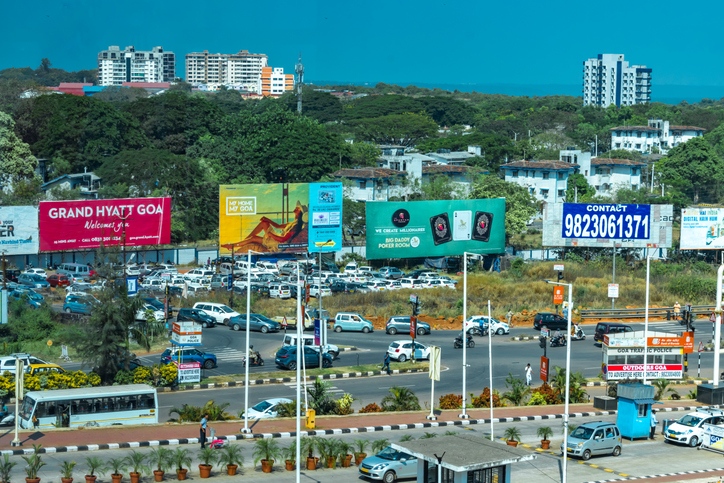 In 2011, Goa had 2.29% of all foreign tourist arrivals in India, and by 2017 around 6.4 million people visited the state (including a staggering 5.7 million domestic tourists). When this takes place in a state whose total population is just 1.5 million, the influx is bound to leave a lasting impact. And these numbers have only increased over the years!

And so began the changes, with the state struggling to balance the economic advantages of tourism with its adverse environmental issues and the inevitable change in Goan culture.

From Creating Opportunities To Causing Problems, What Has Been The Impact On Tourism In Goa?

Over the past few decades, the impact of tourism in Goa has created both opportunities and problems. Like with so many other popular tourist destinations, the sad fact is that the same things that once attracted tourists to a place are the very first to get destroyed. This is especially true in Goa.

The state is famous for its sandy beaches lined with swaying coconut trees, its quaint villages, Portuguese colonial houses, easy-going locals, historic Catholic churches, delicious local cuisine, and much more. But, if you visit Goa today, you’re likely to find that the beaches are littered with trash with men leering at bikini-clad women. The once lush trees have been cut down to make space for roads and buildings, and illegal fishing trawlers are causing problems for local fishermen. All these issues combine to make the locals more hostile to outsiders.

Today, tourism constitutes at least 40% of Goa’s GDP (the other major industry is mining, which comes with its own issues); so even where some of these issues aren’t directly caused by tourism, the industry is sure to leave an impact due to its sheer size.

In addition to this, there is often a perceived lack of transparency as well as authorities choosing inaction over solutions that concern many. Especially in terms of creating a more sustainable model of tourism (like those we can see in Kerala, and even Sri Lanka to an extent).

Instead, in Goa, we see casinos and clubs being promoted heavily everywhere, from huge billboards to signs at the airport, all of which are changing the face of Goa.

How Has Tourism Changed The Face of Goa?

While Goa is the only tourist state in the country that receives international chartered tourists, there are indications that the number of international tourists is falling, especially after the collapse of Thomas Cook in the UK  late last year.

On the other hand, domestic tourist numbers have drastically increased over the last few years, both by air and road. These tourists are often looking for a different side to Goa, and this has impacted the state in a big way:

Closely connected to the rise of domestic travellers is the fact that casinos are heavily promoted in Goa. Goa is one of few states in India where gambling is legal. Located in massive boats anchored in the Mandovi River, these offshore casinos lie outside the capital city Panjim. With more and more casinos opening every day, they do bring in more tourists, but it is impossible to control the kind of tourists they attract.

Goa is perhaps most famous for its beach shacks. Set along the waterfront, these beaches were initially a place to enjoy the sea and relax. However, with the increase in mass tourism, there is increased competition. Vendors are out to hustle to make a quick buck.  The beaches are often littered with trash, and clean up operations cannot keep up with the crowds especially during the high season.

The rich biodiversity and wildlife of Goa have long been a draw for tourists, but it too is being threatened by development and aggressive mining. The famous river shellfish have been decimated by polluted water, and increased traffic to beaches have damaged turtle nesting grounds. New “eco-tourism” initiatives advocate building hotels, ferry terminals, and even an underwater museum along with the delicate ecosystem of the Chapora River.

For the most part, Goa is made up of villages of all sizes that are usually clean, quaint and charming. The few cities in the state are more like towns, and though their populations barely cross 100,000, they are often very crowded. Here too,  you see signs of change. Old villas are demolished to make way for apartment complexes or hotels for more lucrative opportunities, and new highways and bridges are being built to connect towns, with little thought given to the impact they may cause.

So, What Is The Real Goa And How Can You Find It?

Despite this, there are places where the original Goa still survives. For example, away from the bustling beaches, there is a thriving arts scene. From the works of famous illustrator Mario Miranda proudly displayed across the state, to popular galleries like Gitanjali Art Gallery in Panjim and the Monsoon Heritage Studio in Bardez, there are many ways to showcase art, sculpture, and more.

While the Goa State Museum in Panaji might be crowded, in museums such as Ancestral Goa (also known as Big Foot) in Loutolim and the Goa Chitra Museum in Benaulim, you can actually experience how Goan village life evolved over the years.

If museums and art aren’t your things, and you want a more relaxed vacation, why not head to one of the many eco-resorts or homestays in South Goa, where you’ll experience the famous Goan hospitality, and taste some of the most delicious and authentic Goan food. Another good place to go for a taste of Goa’s Portuguese past is the colourful Fontainhas quarter of Panjim.

Goa isn’t just about the Portuguese though, so take some time to visit the many local temples, including the four-hundred-year-old Shri Mangueshi temple in Poda, with its stunning seven-story lamp tower, or the 18th century stone pillared Shanta Durga temple (also in Ponda) with its rare fusion of Indo-Portuguese styles.

You can even head further inland and learn about why colonial traders flocked to Goa through a spice-plantation tour. Get immersed in the sharp scents and unique flavours of cardamom, cinnamon, vanilla, pepper, and cloves, all of which you can enjoy during and after the tour.

Finally, How Can You Help Keep Alive The Essence?

While so much of Goa seems to have fallen prey to mass tourism there are still ways to experience the original appeal of  Goa and while doing so, also leaving it a better place.

So, Where Does This Leave Us?

While the impact of tourism in Goa has been great, it has created as many problems as it has opportunities. However, it is also up to us to make sure we are responsible and respectful visitors—so that we can make Goa a better experience for both the locals and future tourists.