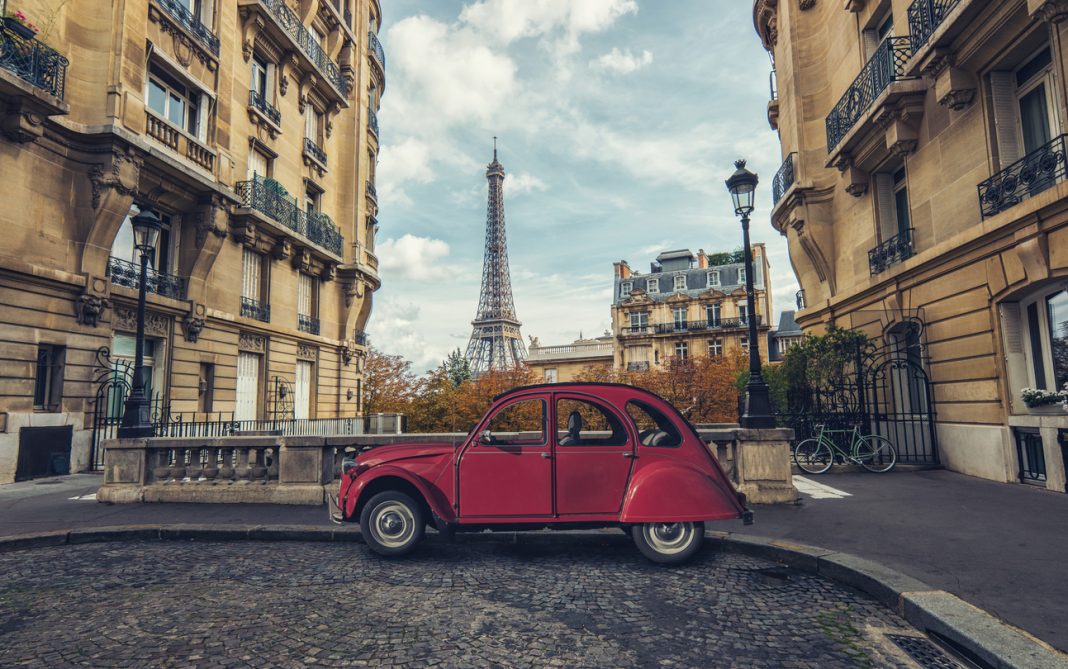 Paris is said to be “the city of love,” and “the city of lights”; home to so many beautiful and iconic buildings, this fashionable capital has much to see and do. But, with these famous landmarks come hordes of tourists and crowds. So, if you want a short break from the city, here are 12 of the best day trips from Paris: 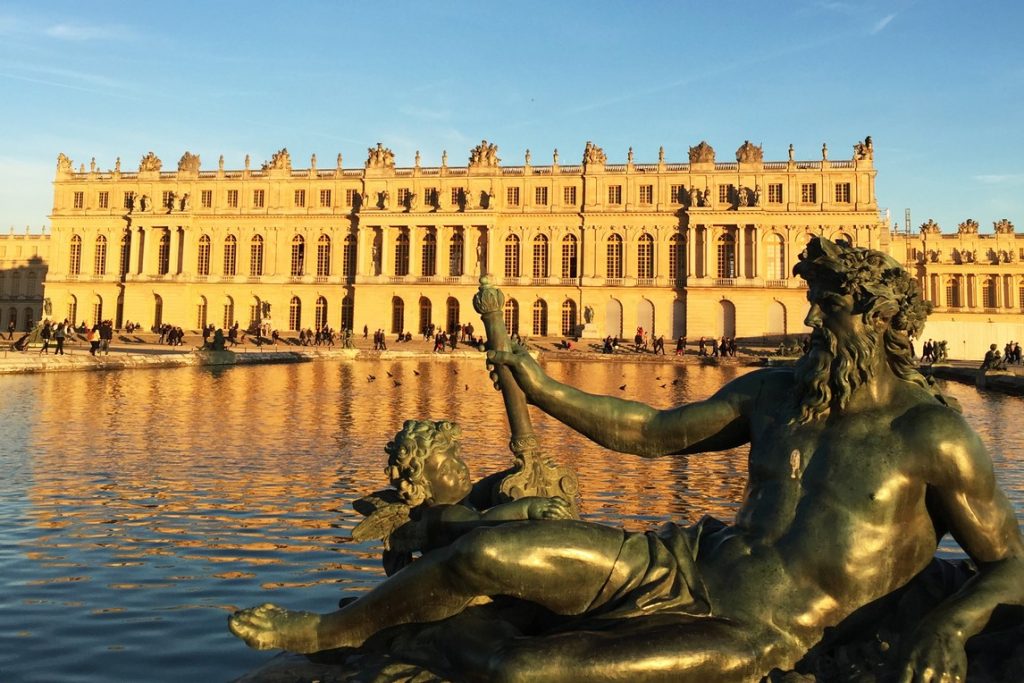 One of the most impressive royal residences in Europe, Versailles is less than an hour away from Paris. It grew from a hunting lodge to a lavish palace during the reign of Louis XIV in the 17th century. Explore the many beautiful rooms, or spend the day walking through the expansive gardens, filled with fountains and sculptures. 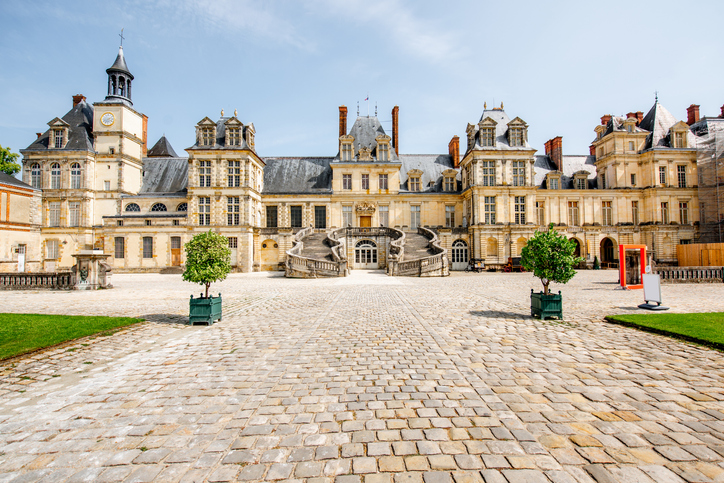 Versailles isn’t the only palace near Paris. This medieval castle served as a royal residence for French monarchs from Louis VII to Napoleon III. Filled with over 1,500 extravagantly decorated rooms including the ballroom, the queen’s bedroom, the boudoir of Marie-Antoinette, and the apartments and throne room of Napoleon. 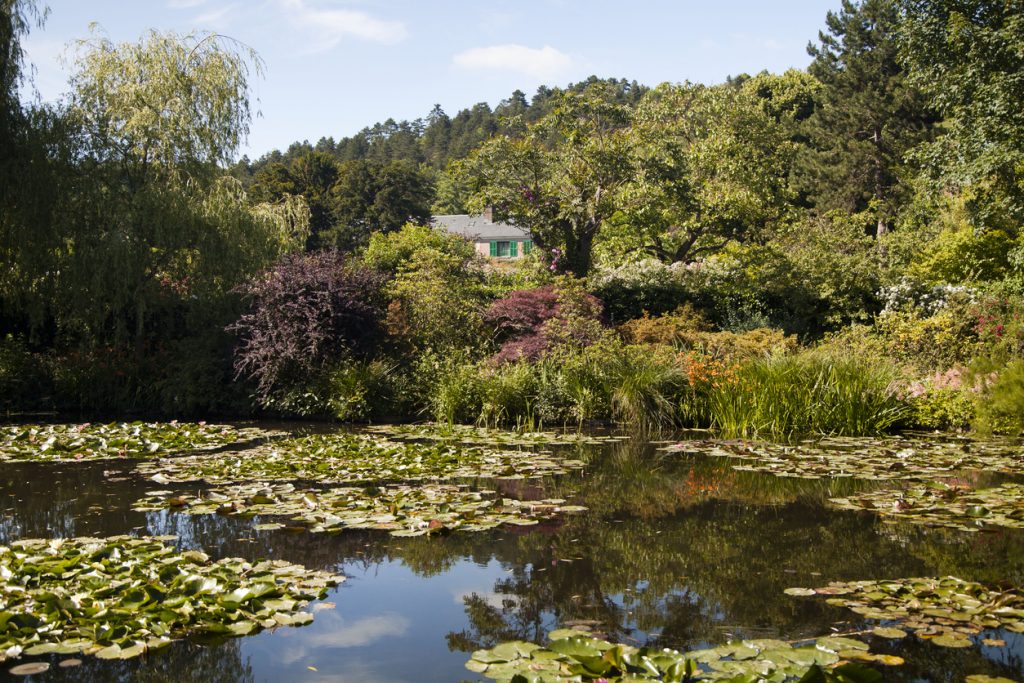 Just an hour away from Paris is the charming village of Giverny. Over the years it has been home and inspiration to many Impressionist painters such as Manet and Renoir. However, it is perhaps most famous for being home to another influential Impressionist painter, Claude Monet. Here you will find his home and gardens, as well as the Claude Monet Museum and the nearby Musée des Impressionnismes.

Also Read: Homes of Famous Artists You Can Visit Around The World 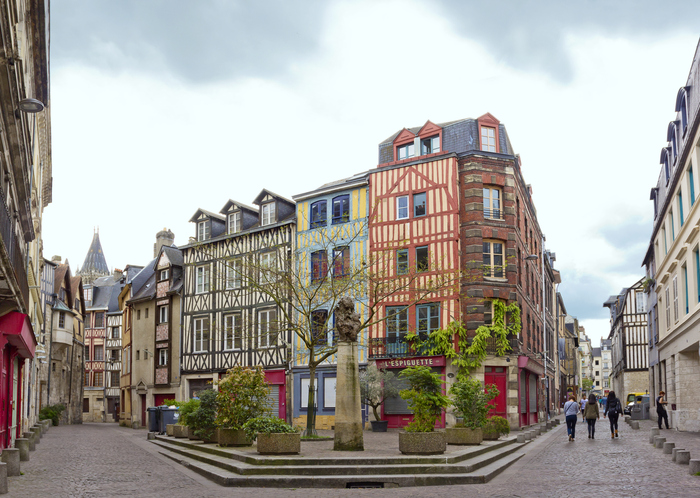 Further up the River Seine from Paris lies Rouen. Among the picturesque half-timbered houses of this medieval town lies the Norman Rouen Cathedral and the Gros Horloge, an astronomical clock. You can also visit Rouen Castle, where Joan of Arc was brought in 1431, and the Place du Vieux Marché which once held her pyre (and now has the Church of St Joan of Arc). Much like Giverny, Rouen has also been a source of inspiration for French artists like Pissarro and Monet, and many of their works are displayed at the Museum of Fine Arts. 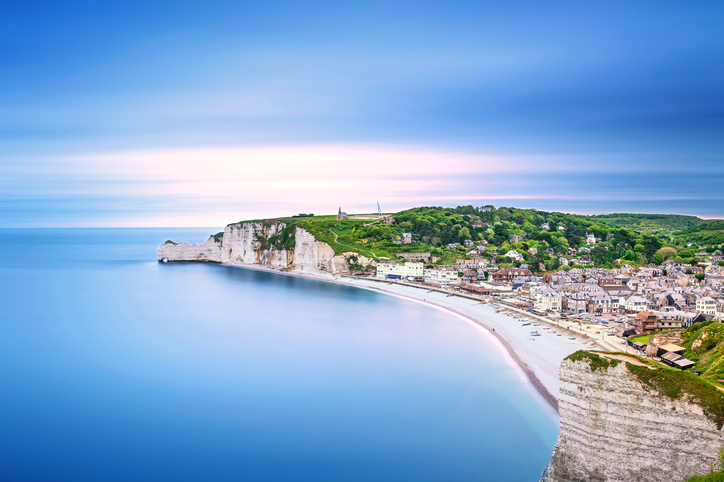 Rouen is the capital of the region of Normandy, a region perhaps best known for its involvement in World War II. Initially settled by the Vikings, the beaches served as a landing point for the Allies during the war on D-Day. The now serene beaches are dotted with relics of the war, from German bunkers to bomb craters and American cemeteries. Also, visit the Caen Memorial museum to explore more of the area’s history. 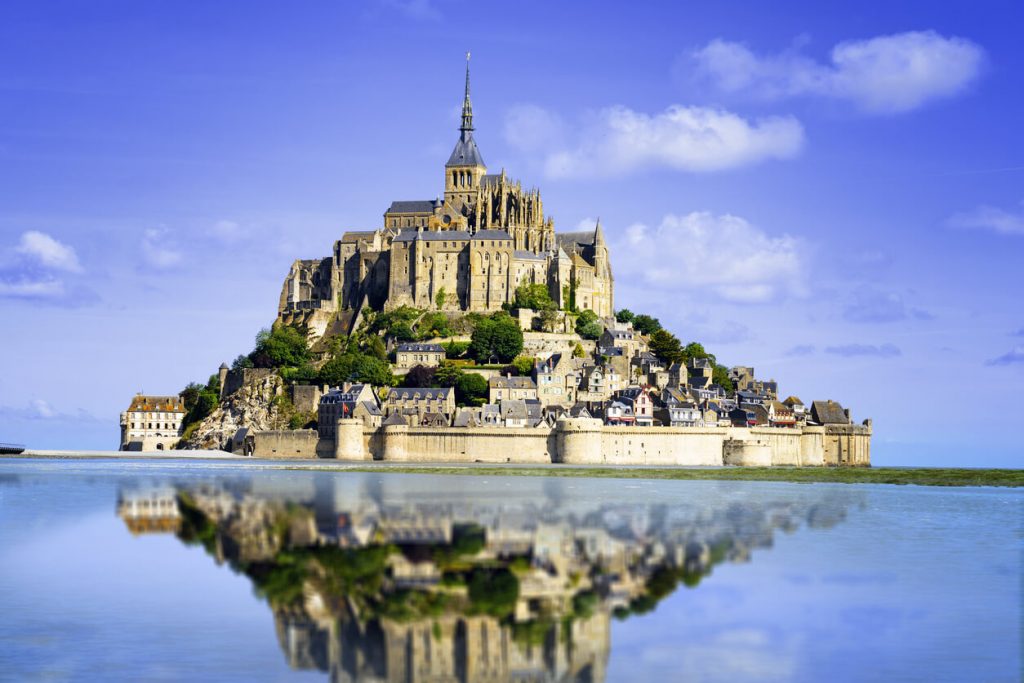 Sitting off the coast of Normandy is the majestic Mont Saint-Michel in Normandy. The rich history of this castle dates back to the 8th century. Set on an island, it is cut off from the mainland when the tide is up, making it easy to defend. Explore the many historic buildings, including the island’s towering abbey on this island that looks like something out of a fairy tale. 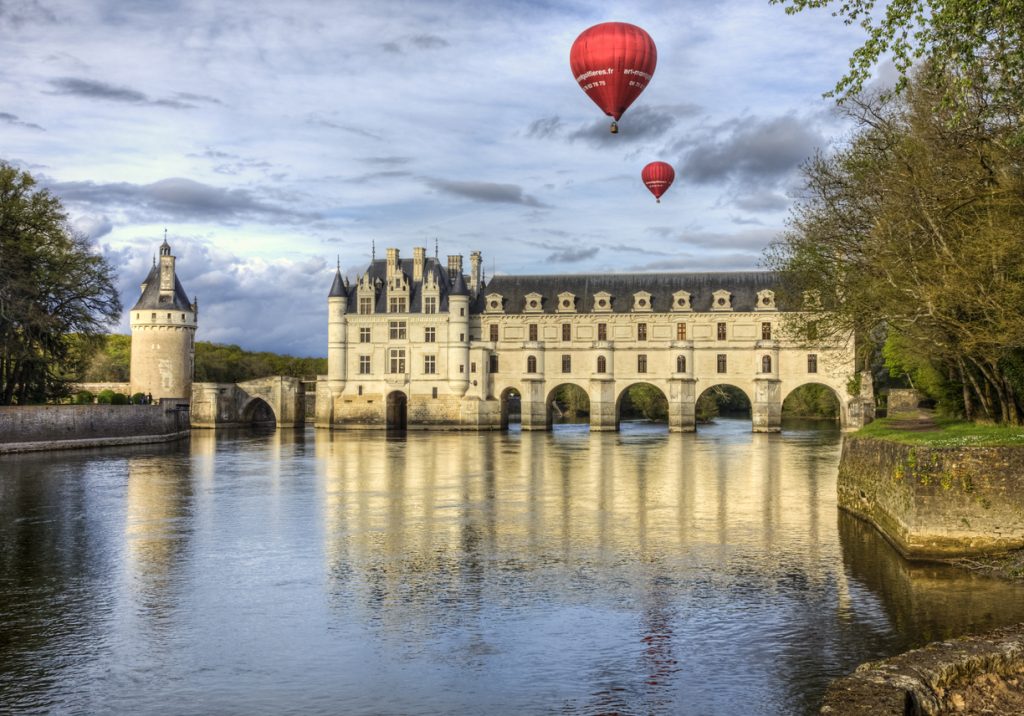 Just south of Normandy lies the Loire Valley. Set along the Loire River, and centred around the town of Orléans this area covers over 800 square kilometres and s famous for its many vineyards and orchards. It is also home to lots of historic towns and grand chateaux and castles. Don’t miss the Renaissance Chateau de Chambord, the sprawling Château de Cheverny as well as Amboise, Chenonceau, and Blois 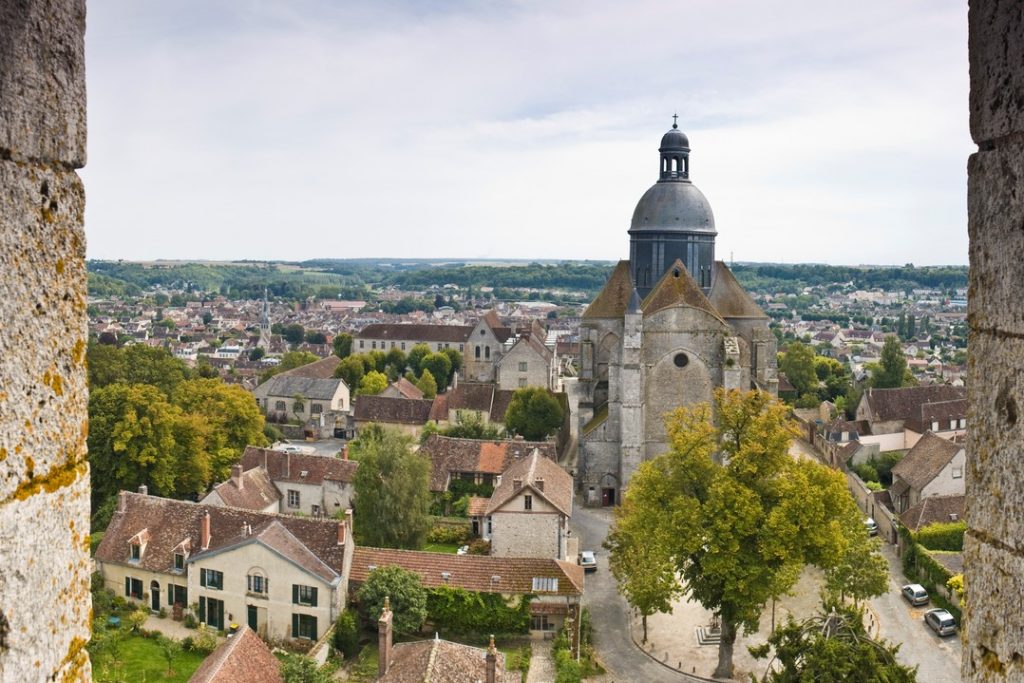 This picturesque and well-preserved medieval village is located in the Ile-de-France region. It is home to over 58 ancient monuments, including the medieval fortifications and the city walls. Provins is also known for its medieval fairs and shows, as well as its Saint Quiriace Collegiate Church. 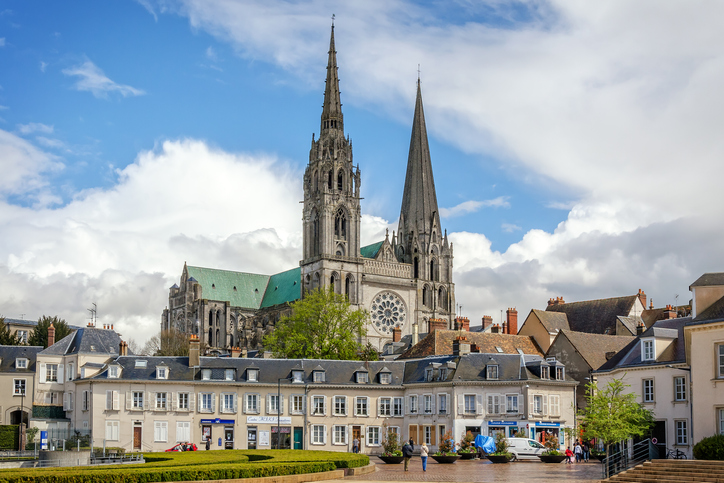 Southwest of Paris is the medieval town of Chartres, which is famous for the gothic Chartres Cathedral that dates back to the 12th century. Many of its stained-glass windows are still the originals, thanks to their removal during World War II. However, much of the rest of the old town was destroyed by bombs in 1944. 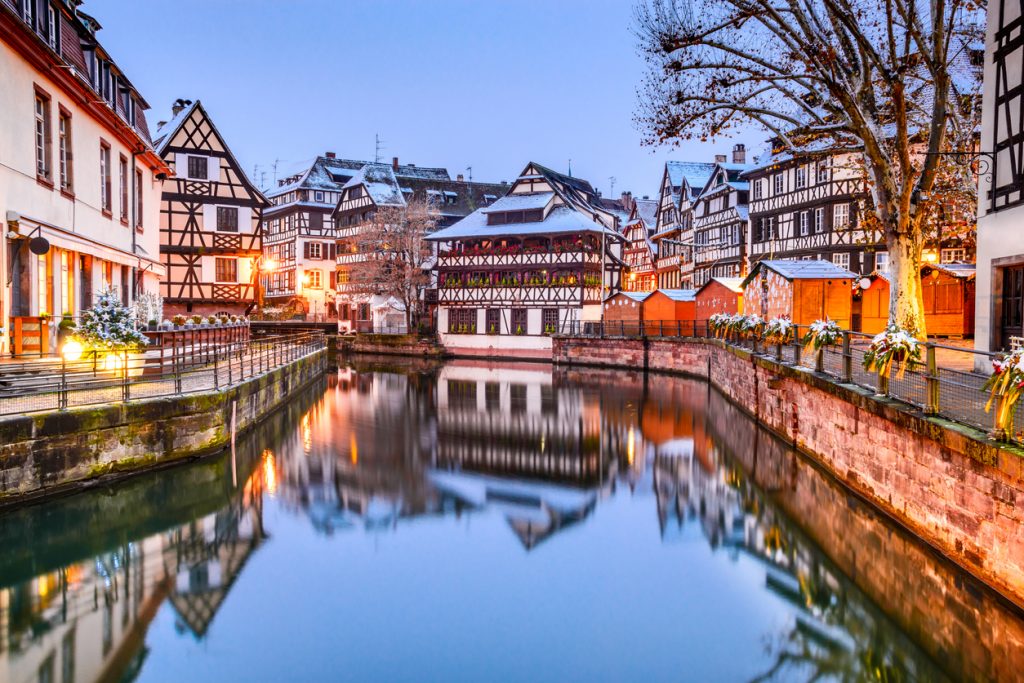 A bit further away lies Strasbourg. Located in the historic Alsace region near the border with Germany, it is the seat of several European institutions. Strasbourg is also known as the “Capital of Christmas,” due to its picturesque half-timber houses, delicous food, and vibrant Christmas markets. 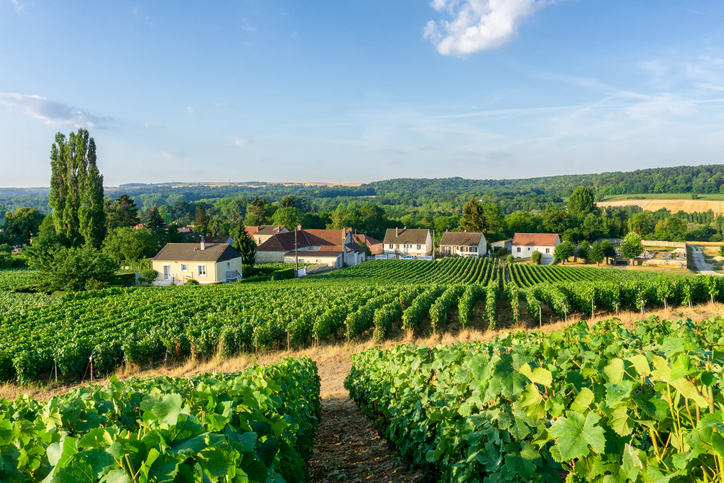 Visit the region that makes one of France’s most famous exports, Champagne. Named after the region itself, you can visit the vineyards where the famous wine is made, including those of Moet, Veuve Clicquot and Dom Perignon. You can also explore the historic towns of the region, such as Reims, with its magnificent cathedral. Reims is also famous for being many French kings were once crowned and for being the location where Germany officially conceded defeat during WWII. 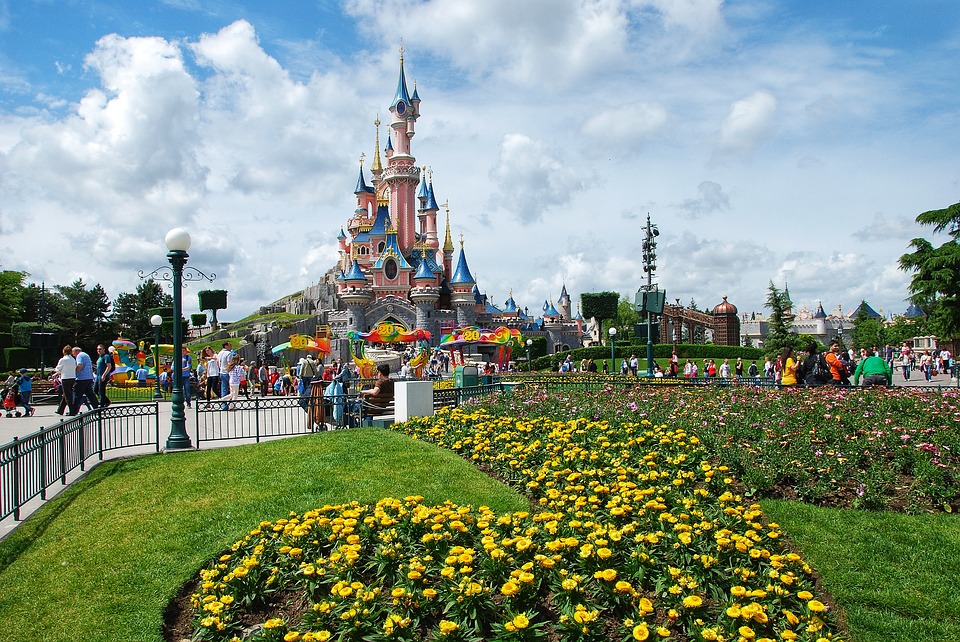 No list of day trips from Paris is compete without mentioning Disneyland. Located just outside the city, it is the perfect trip for fans of all ages. There are two parks here – Disneyland Park and Walt Disney Studios Park each with their own thrilling rides and shows. 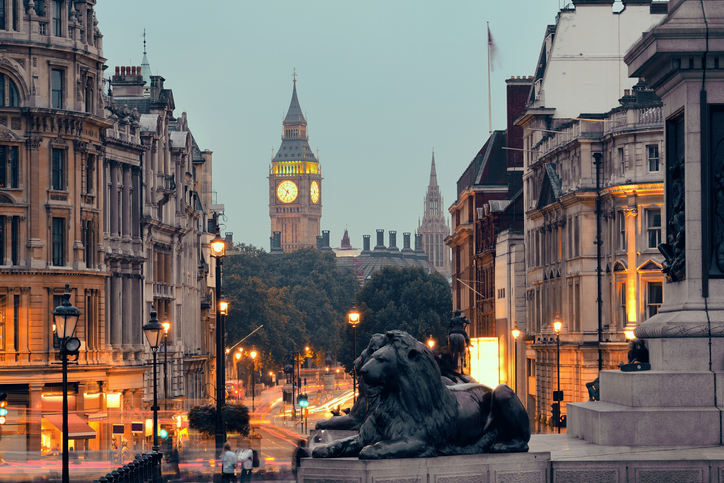 London is just 2 hours away from Paris via the Eurostar. So, if you leave early, it’s entirely possible to visit just for a day. Most of London’s most famous landmarks are walkable, so you can spend the day seeing everything from the London Eye, Big Ben, Westminster Abbey and more.

So, have we missed any of your favourite day trips from Paris? If so, be sure to share them in the comments below.