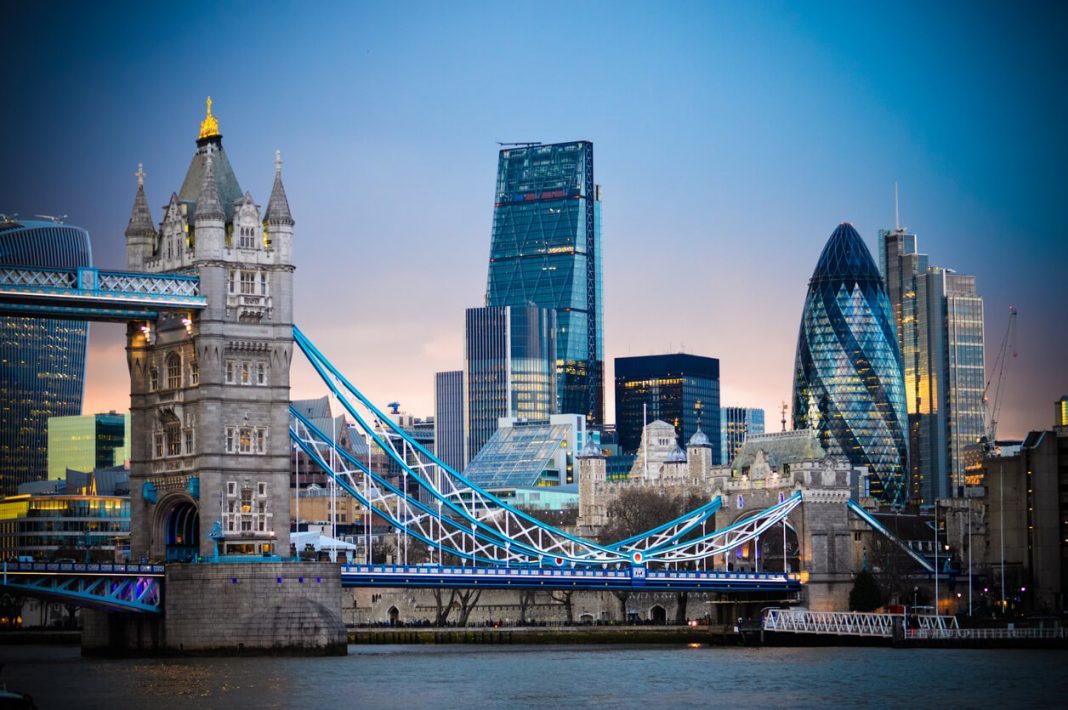 London is truly a city of diverse experiences. From art, history, and culture to good food and great pubs, it has something for everyone. Immersed in history, the packed urban high-rises and ancient architectural grandeur of London coexist harmoniously with creative innovators and leafy green landscapes. Here are the top things to see in London that you must not miss.

The imposing facade of Westminster Abbey

This imposing 1000-year old Gothic abbey is a living part of British history. Famous kings, queens, statesmen, soldiers, poets, and priests can all be found buried here. From Queen Elizabeth I, to Sir Isaac Newton, William Shakespeare, and Charles Darwin, hundreds of famous people are either buried or have memorials here.

This famous area is known for its busy markets, centred around Portobello Road, that sell vintage clothes and antiques. Grab a coffee at one of the many cafes that line the streets.

London is full of leafy green parks, in fact, there are over 3,000 of them. So, no trip to this city is complete without a visit to at least one famous park, such as Kensington Gardens, Regent’s Park, Holland Park, Victoria Park, Hampstead Heath, or Hyde Park. All of them have wonderful walkways, wooded areas, lakes, ponds, and much more.

This 900-year-old castle is known for being where you can see the Crown Jewels. Originally built by William the Conqueror in 1078, it was later expanded upon. Cells and torture chambers were added. It has also served as the Royal Mint and is infamous for four housing many famous prisoners throughout history.

The iconic Buckingham Palace has been home to British monarchs since 1837, it was actually bought from the Duke of Buckingham (hence the name). Today it is the main residence of Queen Elizabeth II and Prince Philip. It’s also as the administrative headquarters of the monarchy. Visitors can tour the State Rooms between July and October.

The Main Hall of the Natural History Museum

Just like its parks, London is full of fascinating museums. Some of the most famous are, the Natural History Museum, where you can see dinosaurs, blue whales, monkeys, volcanoes, and precious stones, The British Museum, which houses the largest permanent collection of art and artefacts in the world, with over 8 million pieces. Head to the Victoria and Albert Museum opposite, a design museum, with the largest collection of decorative arts in the world, or visit the National Gallery, which houses one of the greatest collections of paintings in the world, with over 2,300 works. Like most museums in London, they’re all free to enter.

Oxford Street, and the nearby Regent Street, are some of the most well-known shopping destinations in London. Spend an evening exploring the many shops, restaurants, and bars that line it, and if you happen to visit around Christmas, don’t miss the stunning lights illuminate Oxford Street and the theatrical window displays at famous department store Harrods.

Also Read: 25 Unusual Things To Do In London

Located on the South Bank of the River Thames, this massive observation wheel has some of the most stunning views of London. It opened to the public in 2000, and is also known as the Millennium Wheel.

When the old cathedral on this site was destroyed in the Great Fire of London, it was famously rebuilt in the 17th century by Sir Christopher Wren. Check out the interiors that are decorated with mosaics, and the stunning views from its domed roof (one of the highest in the world).

Set along Regent’s Canal to hunt for vintage treasures. You can explore the many pubs and restaurants around Camden or go check out the many independent stores and food markets.

There are lots of other things to see in London, and if we’ve missed any be sure to share them in the comments below.