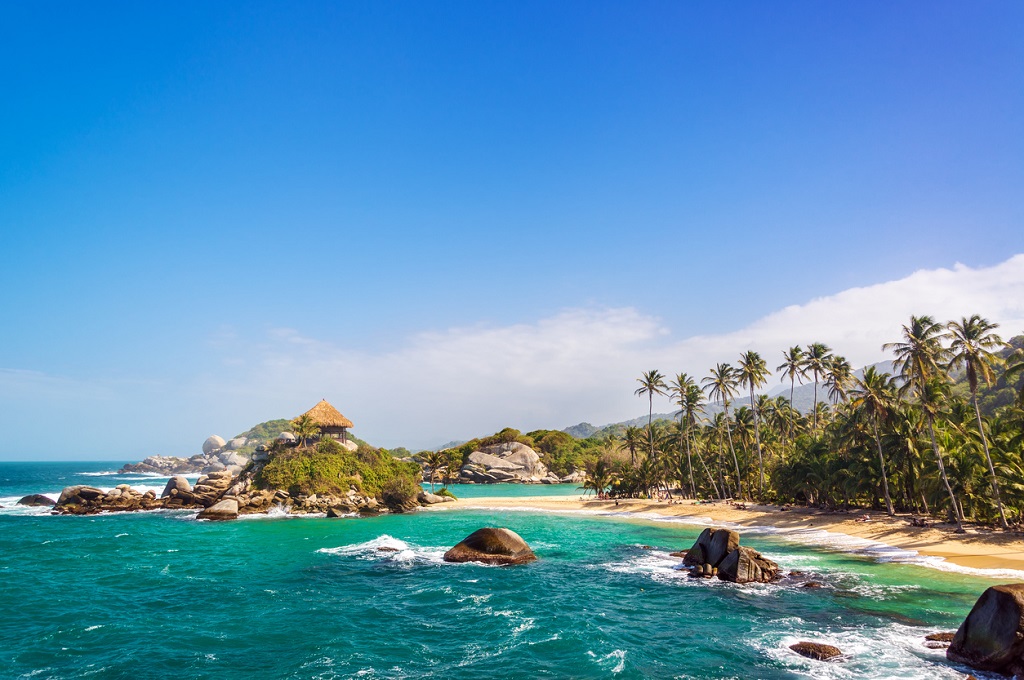 Stretching from the northern tip of South America up towards North America and Mexico, the Caribbean is an archipelago of over 7,000 islands, and made up of various countries, each with its own intriguing history and set of fun facts. It’s one of the most visited holiday destinations in the world and is famous for its palm-fringed beaches and colourful towns.

Whether you’re planning to visit Cuba or Barbados, it’s easy to get lost in that relaxing island mentality. However, being privy to some interesting facts about your destination is bound to enhance your holiday experience. For example, the islands were “discovered” by Christopher Columbus, even though they were already populated by various indigenous peoples, on October 12, 1492. Here are some more fun facts you may or may not have known about the Caribbean.

Did You Know These Fun Facts About The Caribbean?

1. There Are 22 UNESCO World Heritage Sites

Did you know that the Caribbean has 22 awe-inspiring heritage sites that you can visit? These include historical sites like the 17th century Brimstone Hill Fortress National Park in St Kitts and Nelson’s Dockyard in Antigua, along with mesmerising natural wonders like the Blue and John Crow Mountains in Jamaica and the Morne Trois Pitons National Park in Dominica.

2. English Is The Most Widely Spoken Language In The Region

English is the main language of a large number of the Caribbean islands due to the colonial influence of the British, especially on islands like Belize, St Kitts & Nevis, the British Virgin Islands, and Jamaica. Barbados is even known as the region’s “Little England”.

3. However, Most Locals Speak Their Own Language

While most of the nations in the Caribbean have English, French, or Spanish as their official language, most locals actually speak Creole. This native language is derived by blending multiple languages. There are numerous versions of this, such as the French Creole spoken in Guadalupe and Martinique which is a mixture of French and various African and West Indian languages.

4. Three Caribbean Islands Are Actually Part Of The European Union

Another fun fact is that the islands of Guadeloupe, Martinique, and Saint Martin are all overseas territories of France. All three islands use the Euro and are represented in the European Union. So technically, you can set foot in the EU while in the middle of the Atlantic Ocean.

5. The Island Of Saba Is Home To The Shortest Commercial Runway In The World

Saba, a municipality of the Netherlands, is home to the Juancho E. Yrausquin Airport. Here you’ll find a record-breaking 400-metre-long runway—an interesting fact because it’s said to be the shortest landing strip in the world.

6. Over 75 per cent Of The Caribbean Population Lives On Just Two Islands

The Caribbean islands are home to over 44 million people. According to a 2019 report from the United Nations, over 33 million of these inhabitants live on just two of the region’s 7,000 islands—Cuba, and the island that’s home to both Haiti and the Dominican Republic. Did you also know that only 2 per cent of the islands are inhabited?

7. There’s More To The Caribbean Than Beaches

The Caribbean islands are actually filled with tall mountains, many of which are almost as tall as many that are found in the nearby United States of America. For example, Duarte Peak (Pico Duarte) in the Dominican Republic sits at 10,417 feet. To compare, the tallest American mountain (that isn’t in Alaska) is Mount Whitney in California at 14,505 feet.

8. The Cayman Islands Actually Have More Businesses Than People

Another fun fact, due to its proximity to the US and its reputation for tax benefits, there are nearly twice as many businesses as people in the Cayman Islands. In 2019, the population was about 65,000, while well over 100,000 companies were registered in the islands.

9. One Of The Hottest Peppers In The World Is Found In Trinidad And Tobago

10. If That Seems Too Spicy For You, Why Not Try The Local Scotch Bonnet Pepper

If that wasn’t spicy enough, did you know that there are lots of other spicy peppers you can try? The Scotch Bonnet pepper, which is also native to the Caribbean, measures 350,000 on the Scoville Scale (35 times hotter than a jalapeno). It’s so named because of its resemblance to a Scottish tam o’shanter hat.

Also read: 8 of the hottest peppers in the world

11. The Name “Caribbean” Comes From The Region’s Indigenous Tribes

The Caribbean islands get their name from the indigenous Carib tribes who migrated to the islands from South America. These fierce warriors and sea-raiders had a reputation for cannibalism, and about 3,000 of them remain on Dominica today.

12. The National Dish Of Montserrat Is Goat Water

One of the most delicious meats in the Caribbean is goat, which is even part of the national dish of Montserrat. Though it’s called “goat water” it’s actually a goat stew that’s made with the meat of male goats (never female), along with lots of spices and a bit of rum. It’s served at special events like weddings and funerals.

13. Cuba Has The Most Brands Of Rum Of Any Other Caribbean Nation

Cuba is responsible for the production of 11 different brands of rum (the drink of choice in the Caribbean). However, fun fact—they are all subsidiaries of one entity, the Cuban government.

So, Have You Brushed Up Your Knowledge With These Crazy Facts About The Caribbean?

Often (incorrectly) described as the West Indies, the Caribbean archipelago is the perfect year-round destination, with its sunny beaches and tropical weather. However, as you’ve seen through these fun facts, there’s much more to the region than this. It has a fascinating history and a culture that’s truly a melting pot of various traditions from around the globe.