More
Home Topics of Interest Food & Drinks Have You Heard About These 8 Hottest Peppers In The World? 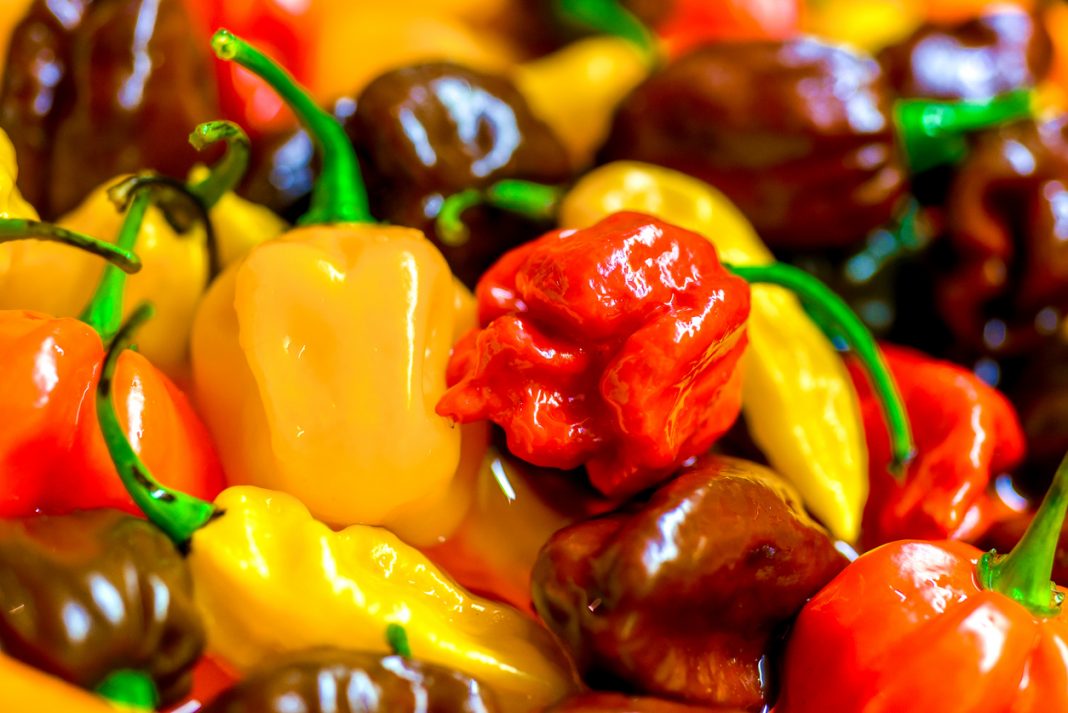 Do you love chillies? Feel your everyday green chillies and red chillies don’t have enough PUNCH for you? Well, don’t worry! Here we have a list of hottest peppers for you! And by hottest we meant, weeping-on-the-floor, burn-your-tongue-HOT. How do we examine the hotness of the pepper? Well, with the help of the Scoville Scale.

The Scoville Test is a way of quantifying how hot a pepper is by measuring the concentration of capsaicinoids. Capsaicin is the chemical compound responsible for the spicy sensation within a pepper. The SHU range from zero up to the millions, each one representing how many cups of sugar water it would take to dilute a cup of the spice (or pepper) to a neutral spiciness level.

So if you are seeking extreme heart, here’s our compiled list of hottest peppers in the world:

Even when I tried to make this list in no order what so ever, I didn’t think anyone else deserved to be on top other than CAROLINA REAPER. A cross between Sweet Habanero and Naga Viper chillies, the Reaper was named as the hottest pepper by Guinness World Records in the year 2013. Created in South Carolina by Ed Currie (when he a Pakistani Naga with a Red Habanero type from St Vincents Island), it rates at an average of 1,641,183 Scoville Heat Units (SHU).

Another Trinidadian pepper, 7 Pot Douglah has notably dark chocolate brown pimpled skin and comes agonising close to two million SHU ( average of 1,853,936 SHU) on the Scoville scale. The pepper’s texture starts off green but matures into rich brown or even purple. Aside from its colour, Douglah is roughly habanero shaped, about two inches long and is one of the most deliciously flavoured peppers.

This tiny, red, and sinister pepper is the pride and joy of Butch Taylor, owner of Zydeco Hot Sauce in Mississippi. It was propagated by him and grown by Neil Smith of The Hippy Seed Company and Marcel de Wit of the Chilli Factory. Named aptly due to the scorpion stinger found at the tip of the pepper, it has been 1,463,700 Scoville Heat Units (SHU). If you ever plan to use this scorpion pepper for cooking, wear safety gear- masks, gloves, as cooks have claimed numbness in their hands for up to two days afterwards.

A cross between Naga Morich and Trinidad 7 Pot pepper, 7 Pot Primo was created by Troy Primeaux, (nickname Primo), a horticulturist from Louisiana. This hot pepper has a very fruity/floral flavour and it measures in at 1,473,480 Scoville Heat Units on the Scoville Scale. 7 Pot Primo’s skin is typically bumpy and pimply compared to other superhot chilli peppers, though the tail is most characteristic- scorpion-like.

Also Read: 10 Of The Spiciest Dishes And Where to Find Them

Created by Gerald Fowler, who runs the Chili Pepper Company in Cumbria, England, The Naga Viper is a hybrid of three different chilli peppers –Bhut Jolokia, Naga Morich, and Trinidad Scorpion. This unstable three-way genetic hybrid has a Scoville Heat Unit of 1,349,000. 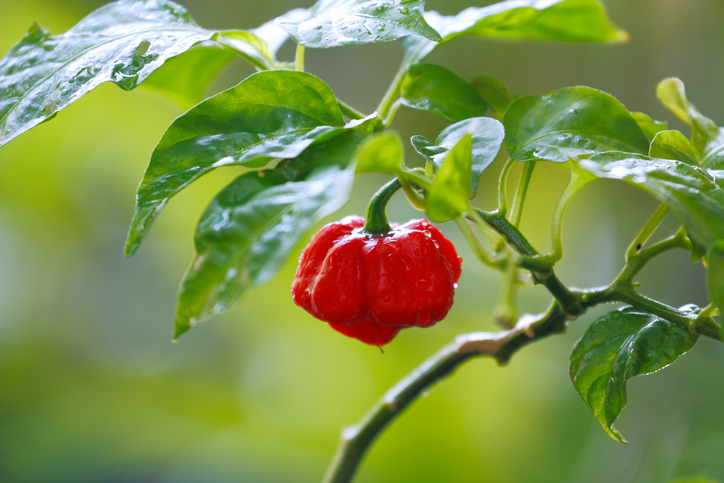 Native to the lands of Moruga in Trinidad and Tobago, this hot pepper was the first pepper ever to break 2 million SHU (2,009,231) and was the hottest chilli pepper in the world in 2012. Clocking in at 2,009,231 Scoville Units, this pepper is the spiciest naturally occurring pepper known to man. Each fruit of this chilli pepper is about the size of a golf ball and even adding a small amount to any dish can be beyond blistering.

This pepper was engineered in England by Nick Woods, but only held the world record for two weeks in 2011 before getting ousted by another contender, the Naga Viper. Another pepper hat’s red, wrinkly and shrivelled. It measures 1,067,286 – 1,250.000 SHU. 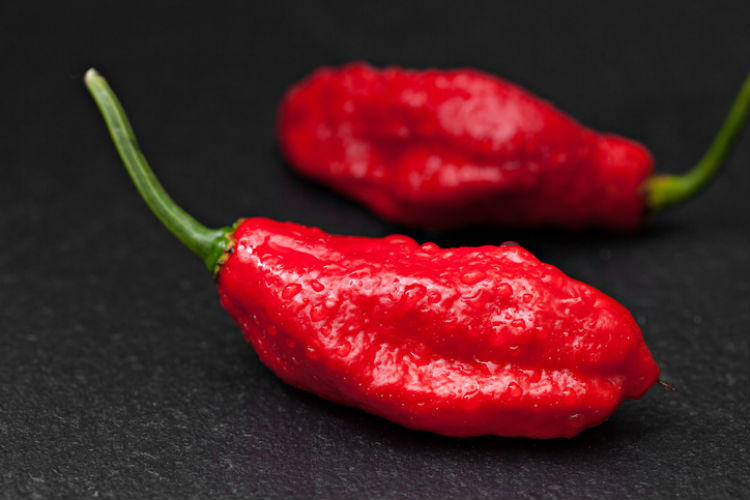 Bhut Jolokia (better known as the Ghost Pepper) is an interspecies hybrid chilli pepper responsible for many for some of the most brain-searing, tongue-sizzling curries and chutneys in the entire world. It is cultivated in the Northeast Indian states of Arunachal Pradesh, Assam, Nagaland and Manipur. Bhut Jolokia was awarded the title of World’s Hottest of All Spices by the Guinness World Records in 2006, though was eventually toppled several times over. On the Scoville scale, this fiery pepper rates a whopping 1,041,427 SHU.

Fun Fact: Chillies and peppers derive a significant part of their hot pungency due to years of cross-pollination and hybrid. Therefore, it is not advisable for people to consume these chillies without expert supervision.

Did we cover all your fav hottest peppers? If not, let us know in the comments below!