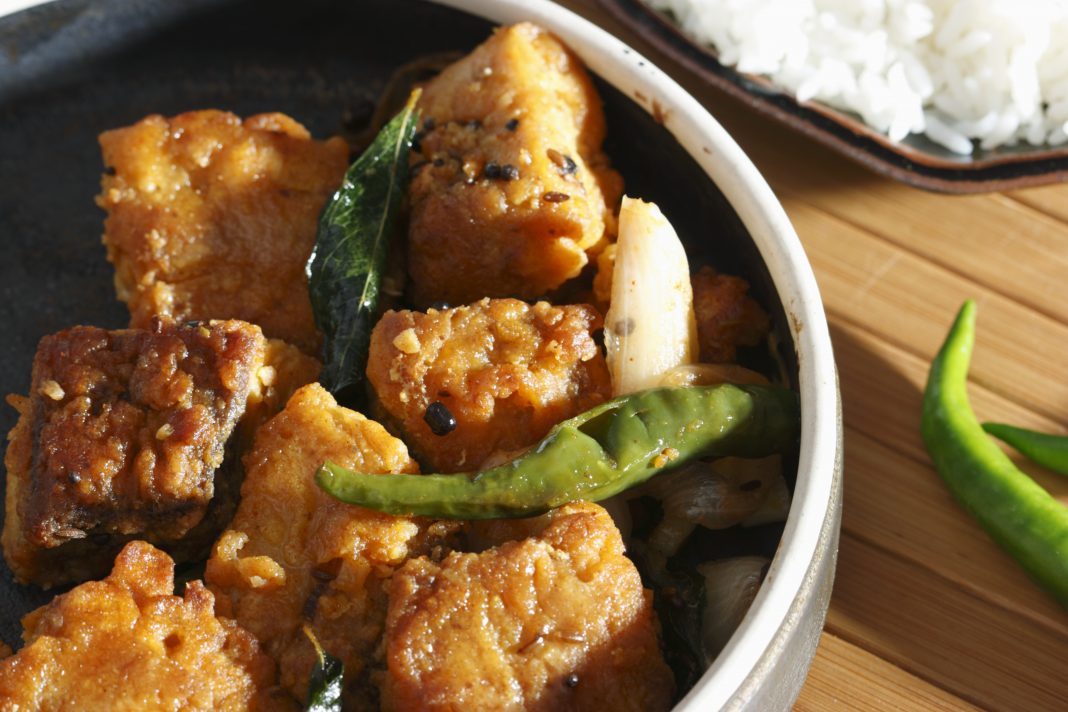 Food from Andhra Pradesh is reserved for those with brave stomachs and hearts. The spice levels usually hit the roof. Rayalaseema food is especially very spicy. Rayalaseema is a region in Andhra Pradesh, comprising four districts, Kurnool, Chittoor, Anantapur, and YSR Kadapa. They’re usually known for their factionalism and politics. But they are also popular for their fiery food and the warm welcomes. Don’t be scared of the spice levels; if you are a dessert person Rayalaseema cuisine has something to satiate that too. People from Rayalaseema are very passionate about making, eating, and serving their authentic flavoursome food. Even though their dishes are spicy, that is not everything about it. There are various ingredients and special Rayalaseema spices that they experiment with and that are distinct from regular Indian food, giving it its unique flavours.

Here’s Some Of The Most Delicious And Original Rayalaseema Food

A traditional snack in Rayalaseema, it is made with fermented urad dal (black gram) and rice batter. These are small and round dumplings that are quite healthy and are mostly consumed for breakfast. Gunta punugulu is made in a special pan that has hollow spaces to pour the batter. It is called the aebleskiver pan or the paniyaram pan. This can also be made by using leftover dosa or idli batter. The word gunta in Telugu is a unit of measurement, and also means hollow space in the ground, and punugulu is a common snack or breakfast item sold on the streets of Andhra Pradesh and Telangana. Gunta punugulu is a Rayalaseema food that is a golden brown and soft dumpling fried on both sides and enjoyed usually with coconut chutney or homemade pickle.

Also read: 35 delicious types of dumplings from around the world

2. A Chicken Curry Like Nothing You Have Ever Tasted: Natu Kodi Pulusu And Vepudu

If you ever visit Rayalaseema and miss out on natu kodi pulusu, then it’s a real shame. The words natu kodi mean country chicken. So this dish from the Rayalaseema cuisine tastes best when it is made with country chicken bred with utmost care. The thick and flavoursome Rayalaseema chicken gravy is infused with spices and three main ingredients—chilli powder from Guntur, garlic, and coconut. This is a famous dish throughout Andhra Pradesh and is relished by Telugu people. This Rayalaseema food is to be enjoyed with steamed rice to be able to acquire the true taste of the gravy. There is a dry variant of this too, where instead of the thick gravy the curry is made as a fry that can be eaten with vada or dosa or roti.

A typical Rayalaseema breakfast food, uggani uses puffed rice as its main ingredient. Instead of the crispy puffed rice, Rayalaseema people soak it. It’s also called borugula upma and the preparation of this Rayalaseema food is similar to that of upma. The soaked puffed rice is fried with different vegetables like carrots and onions, and sauteed with spices like cumin and mustard seeds. Homemade uggani is a light breakfast, but people in Rayalaseema give it their own touch. Uggani is accompanied by mirchi bajji (chilli fritters). To make mirchi bajji /mirapakaya bajji, fat green chillies are dipped in a batter made of gram flour and water and deep-fried. Another street food from Andhra Pradesh and traditional Rayalaseema recipe, these fritters and uggani are a typical combination to try.

Seafood is a huge part of Rayalaseema cuisine. This is a spicy prawn curry flavoured with masalas. The caramelised onions add a sweetness along with the Rayalaseema spices. Even though it is a wet curry, the gravy is not liquid or diluted. It is thick and dry and the garam masala added to it makes it spicier. The prawns are also cooked in a way that every piece is soaked in the gravy and carries the flavours. This Rayalaseema food is meant to be eaten with hot steamed rice.

Even though rice and curry as a combination are popular in South India, people of Rayalaseema like their vada accompanied by a meat gravy too. Vada is a savoury snack eaten across south India. This type of vada is a Rayalaseema recipe and is made of alasanda or black-eyed peas. It is a Rayalaseema special food that is accompanied with chicken curry. Pieces of alasanda vada are dipped in the rich chicken gravy or potato kurma (stew).

The word pachi in Telugu means raw or the colour green, and this Rayalaseema dish is partly  raw and absolutely delicious. It is raw tamarind soup that is eaten with steamed rice. To cook this, people barely use a stove. The dish when served is not even fuming hot when served. Summers in Rayalaseema can be an ordeal, so this dish is usually cooked then, as it’s refreshing and cool. Ingredients like tamarind make it sour, but it is combined with jaggery giving it a sweet and sour taste. The curry leaves and coriander in this Rayalaseema food give it a  freshness, and roasted chillies add the much-needed spice.

South India is famous for its dosas and has a wide variety of them. Karam dosas are special in Rayalaseema cuisine because they are very spicy. A chutney is spread on the dosa when fried which makes it hot. Karam dosas, famous in the Kadapa district, are delicious and accompanied by a chutney called Bombay chutney to amplify its flavours. There are different types of karam dosas in Kadapa. The erra karam dosa (red chilli powder dosa), the pachi karam dosa (raw/green chilli powder), and mixed karam dosa are famous among others. The erra karam dosa has a chutney made of red chillies, garlic, onion and mustard seeds that is applied on the dosa, and pappu podi (roasted gram flour powder) is added to make it less spicy. In the pachi karam dosa, Rayalaseema people use a chutney made of green chillies, onions, and coriander. In the mixed karam dosa, both the chutneys are added, making it one of the spiciest dishes even on the Rayalaseema spice scale.

A dish that is popular in Rayalaseema as well as Karnataka, this delicacy is healthy and a high protein meal. This Rayalaseema food is consumed in rural areas because of the huge amount of manual labour the villagers are involved in. It’s made using ragi or finger millet flour. The flour is made into balls and the best combination is ragi sangati and natu kodi pulusu.

9. End Your Meal On A Sweet Note: Bhakshyalu/Bobbatu

Prepared mainly on festivals, this dessert is famous across the Telugu states. It is also a famous dish in Karnataka called holige. Rayalaseema is famous for this Indian flatbread made of chana dal and stuffed with a mix of coconut and jaggery. Homemade bhakshyalu are a part of every Rayalaseema person’s childhood memory. A classic dessert, it is not very difficult to make but can be tricky. For a perfect bobbatu, you need to make sure that the filling, called purnam, remains inside the dough.

All Things Spicy And More

Rayalaseema food and cuisine is very unique. It might be overtly spicy for a lot of people, but there are many other flavours that you can discover beyond the spicy dishes. Even though these dishes are similar to other Telugu dishes, the real taste can be obtained only in Rayalaseema. To thoroughly enjoy the authentic taste and the special guest service, be sure to visit the region.