Located in Cambridgeshire, England, the university town of Cambridge overshadows the county around it. Before becoming home to one of the top universities in the world, Cambridge was an important Norman fortification (though the castle is long gone). Filled with history, culture, and knowledge, there is much to do and to see in Cambridge.

While its is most famous for its university, Cambridge also has one of the highest concentrations of preserved historic buildings in England. Much of this is seen in the 31 colleges, established as far back as the 12th century. Explore the city, its many festivals, its numerous green spaces, and the famous River Cam. Here are 6 places you have to see in Cambridge:

1. St. Mary the Great Church and the Round Church

These are two of the most important churches in Cambridge (and there are many). Also called the Church of the Holy Sepulchre, the 12th century Round Church is one of only four Norman round churches left in the country. You can also visit St. Mary the Great Church and see its beautiful interiors and large galleries. Originally built in the 15th century, it was expanded in the 18th century to make space for growing congregations. You can also get amazing views of the city from its tower. Also, check out St. Mary the Less, and its fine stained glass windows. 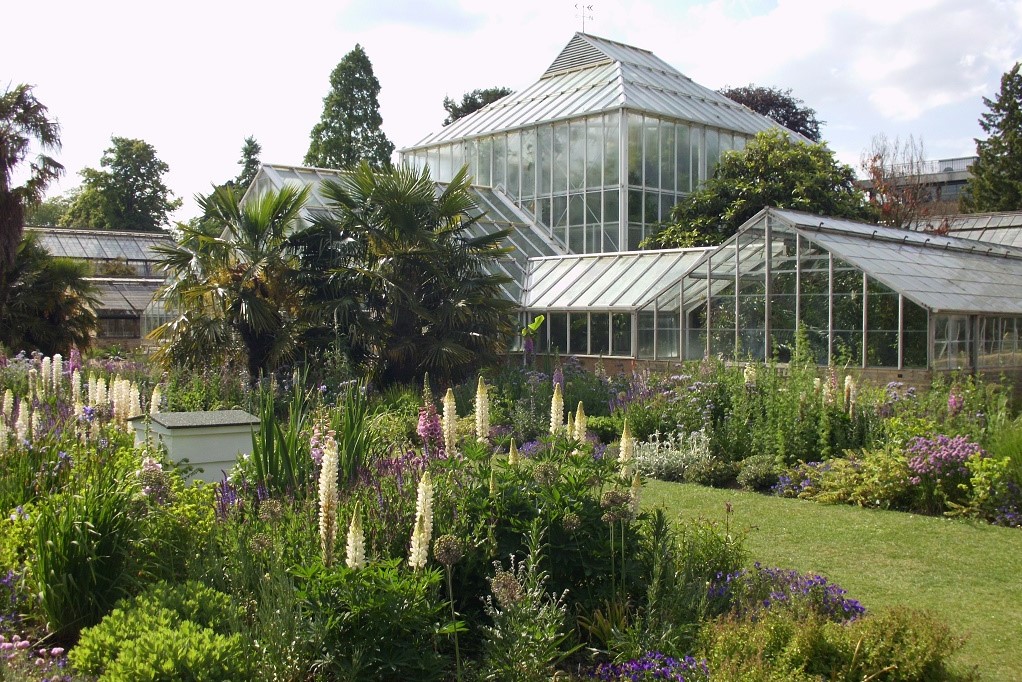 Spread over 40 acres, the Cambridge University Botanic Garden is one of the finest green spaces in the city. It was established in 1831, and is filled with over 8,000 species of plants from around the world. Explore the glasshouses and trails, and be sure to stop at the lovely Garden Café.

Founded in 1441 by Henry VI, Cambridge’s King’s College is known for its stunning lawns that slope down to the river. Don’t miss the breathtaking King’s College Chapel, with the stained glass windows, vaulted ceiling, carved stalls, and magnificent altarpiece. Queen’s College was first founded in 1488 by Margaret of Anjou, wife of Henry VI, but was refounded in 1465 by Elizabeth Woodville, wife of Edward IV. It has some of the most magnificent red brick medieval buildings in the city and is the location of the wooden Mathematical Bridge. Also, make sure to visit Trinity College, Peterhouse College, and Pembroke College.

One of the most popular things to do in Cambridge is to go punting along the River Cam. The river runs through the heart of the city and offers magnificent views of the historic buildings and the lush green countryside beyond. You can also follow the River Cam to other picturesque towns, like Grantchester.

The exquisite Bridge of Sighs is located in St. John’s College (which was founded in 1511 by Lady Margaret Beaufort, mother of Henry VII). It crosses the River Cam from the Third Court and into the New Court. It was built in 1831 in the Gothic Revival style. Like the similarly named bridge in Oxford, this bridge was named after the Bridge of Sighs in Venice.

Cambridge is full of museums, but perhaps the most famous is the Fitzwilliam. This stunning building holds a vast collection of Greek, Roman, and Egyptian antiquities, illuminated manuscripts, English pottery, and art. You can also visit the Museum of Cambridge to explore exhibits about the everyday lives of the locals from the 18th century, or the Museum of Archaeology and Anthropology to see some fascinating prehistoric artifacts. Also, check out the Cambridge Museum of Technology and the Whipple Museum of the History of Science.

Of course, there are lots of other places to see in Cambridge, and if we’ve missed any be sure to share them in the comments below. In the meantime, you can read about the other famous university city in the UK and all the places you have to see at Oxford.