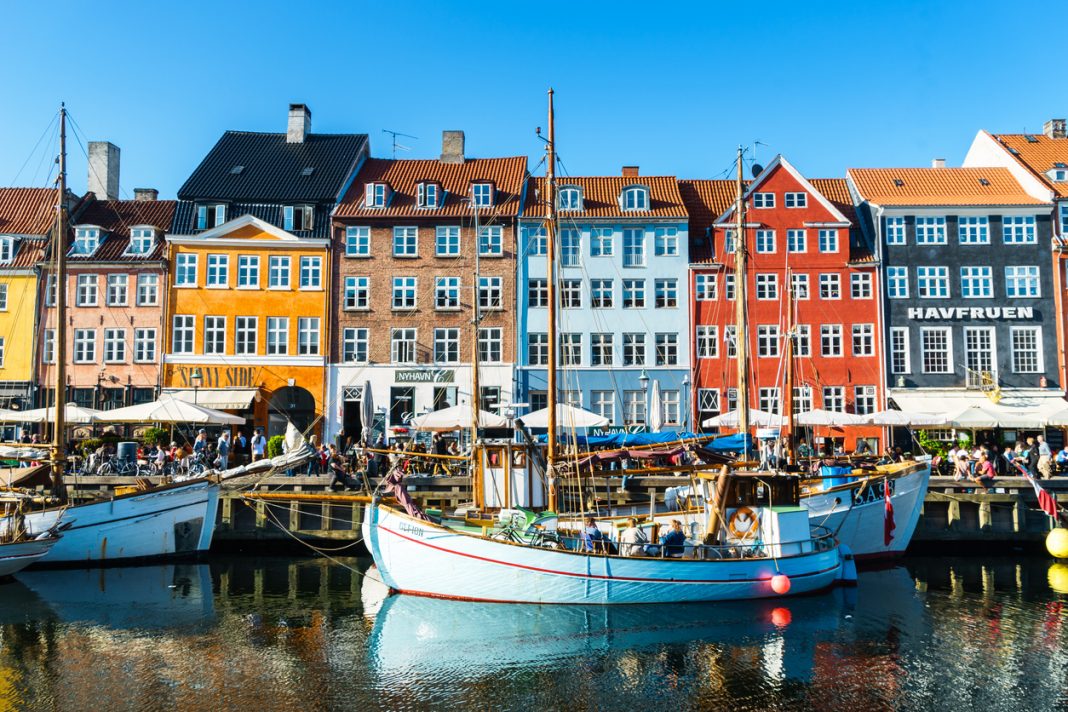 Denmark is the most southern of the Nordic countries and is known for its beautiful scenery and its many beautiful islands. There are lots of amazing things to do in Denmark from exciting amusement parks and vibrant nightlife to world-class museums.

From its modern capital Copenhagen to the wild beaches on the coast and the medieval castles and towns dotted around the city, there is a lot to see and do in Denmark.

Here are 25 of the best things to do in Denmark:

The Tivoli Gardens are one of the most popular attractions in Denmark. Located in Copenhagen, they were built in 1843 and is full of magnificent gardens and exciting rides, as well as stylish cafes and restaurants. The gardens are especially beautiful at Christmas and Halloween when it is all lit up.

Denmark is full of wonderful castles, but the 16th-century Kronborg Castle is special. Located along the coast in Helsingør on Zealand Island, it is famous for having inspired the setting for Shakespeare’s Hamlet (where it becomes Elsinore Castle). The impressive castle is full of lavish halls and dark underground passages.

The Louisiana Museum of Modern Art in Humlebæk has an amazing collection of modern and contemporary art, along with many quirky temporary exhibitions. Here you can see works by Pablo Picasso, Andy Warhol, Wassily Kandinsky, Roy Lichtenstein, and more.

Located in the second-largest city in Denmark, Aarhus, lies ARoS, one of Europe’s largest art museums. It houses modern-art exhibitions and installations, along with collections of paintings, sculptures, photographs, and more. Don’t miss Your Panorama Rainbow on top of the museum, where you can get a breathtaking view of the city.

Rebuilt numerous times over the years due to fires, the Chistiansborg Palace dates back to the 1740s. You can explore the Velvet Room and the Great Hall to get a unique glimpse into the life of the royal family.

The picturesque Nyhavn harbour is famous for its colourful houses by the waterfront and is a must-visit. Many buildings date back to the 17th-century. It was also where Hans Christian Andersen lived for 20 years, and you can still see his apartment here.

Also Read: Don’t Miss These 6 Things To Do In Denmark

The amazing Maritime Museum in Helsingør is known for its award-winning design, as well as its wonderful exhibits which explore the lives of sailors through innovative exhibitions housed in an underground-dry dock.

Hans Christian Andersen is one of the most famous Danish authors, and his hometown of Odense is home to charming medieval streets and half-timbered houses. Here, you can also find Andersen’s erstwhile house, now a museum about his life.

The chalk cliffs of Møns Klint are one of the most breathtaking landscapes in the Danish countryside. Standing 120 meters above sea level, they go on for almost 6 kilometres and have excellent cycling paths. Explore the lush woodlands, placid ponds, and rolling hills, or the old farm buildings nearby.

The Vikings were a major part of Denmark’s history from the late 8th to the mid-11th century, and you can find their items and artefacts all over the country. However, the Vikingeskibshallen, or the Viking Ship Museum, in Roskilde is one of the most unique. Here, visitors can learn about the Vikings and have the chance to sail in 1000-year old Viking boats.

Denmark is also the birthplace of Lego. Located in Billund is the exciting Legoland amusement park. With over 50 rides, miniature Lego cities, and themed areas, it is truly a treat for children and adults alike.

The Amalienborg Palace is the Danish royal family’s winter residence in Copenhagen. It consists of four palaces surrounding a courtyard, each with fascinating rooms and exhibitions.

Just outside Copenhagen lies Jægersborg Dyrehave (the Deer Park). This huge forest-park is home to thousands of deer who live amongst ancient oak trees. You can also visit the baroque-style Hermitage Hunting Lodge and Bakken, the world’s oldest amusement park, which lies nearby.

Located in the north of Jutland, Skagen is the northernmost town in Denmark. Millions of tourists head here each year to see the Grenen, where the Skagerrak and Kattegat seas (or the North and Baltic Seas) meet across a long sandbar. However, this unique natural phenomenon creates strong currents which mean that swimming isn’t allowed in the area.

Funen Village is an open-air museum in Odense where you can see what life was like in the time of Hans Christian Andersen. Its buildings date back to the 17th to the 19th centuries, and people mill about the village dressed in traditional garb and do all the daily activities of the time period.

Egeskov Castle is said to be one of the most well-preserved Renaissance water castles in Europe. Located on a small lake near Funen, it was built in 1554 and has housed various nobles families over the centuries.

At Lindholm Høje in Aalborg, you can see some of the best preserved Iron Age and Viking artefacts. They come from a series of burial sites and Viking ships discovered in the area in the 1950s. You can also explore exhibits that illustrate life in the Viking period.

Originally built as an astronomical observatory in the 17th century, the Round Tower (or Rundetårn) has some of the most spectacular views of Copenhagen. Its observation deck lies atop a long spiral corridor, so make sure you’re wearing comfy shoes.

Freetown Christiania is an autonomous district near Copenhagen. Once an abandoned military base, it was taken over by a group of hippies in the 1970s and became infamous for the cannabis trade taking place in its famous “Green Light District.” Though this has since been outlawed, the area is still full of cosy restaurants, exciting music venues, smoky bars, and has one of the city’s best skate parks.

One of the country’s most impressive buildings, this massive Dutch Renaissance–styled fortress-palace was built in the early 17th century for King Christian IV in Hillerød. Built across three islets, visit the Slotssøen (castle lake), the large Baroque garden, and the portrait filled Museum of National History.

This Gothic cathedral in the city of Roskilde on the island of Zealand dates back to the 12th century. Built of red brick, it has been the main burial site for Danish monarchs since the 15th century.

The port city of Aarhus has a wonderful old town, which is home to the Den Gamle By Museum. With cobblestoned streets and traditional 17th-century mansions, this open-air museum takes you back in time to experience life in Denmark before 1900.

Located in the heart of Aalborg lies Kildeparken. Amongst its statues and fountains are the famous “Singing Trees”. Each of these trees was planted by notable artists, such as Cliff Richards,  Bob Dylan, Leonard Cohen, Sting, and Elton John, and plays the music of the artist who planted it.

Set to the north of the Limfjord, this tiny island is a top destination among locals. Apart from the stunning landscape, it offers a wide range of activities such as museums, workshops, galleries, and more. You can also check out the beaches which are lined with fossils which are sometimes over 55 million years old.

Kastellet in Copenhagen is one of the most impressive fortresses in Northern Europe. This pentagonal structure houses all kinds of buildings, such as a church, a prison, houses, and even a windmill. Nearby is the iconic “Little Mermaid” statue which lies along the waterfront.

Are there any things to do in Denmark that we’ve missed? If so, be sure to share them in the comments below.